Preparing youth for an uncertain future 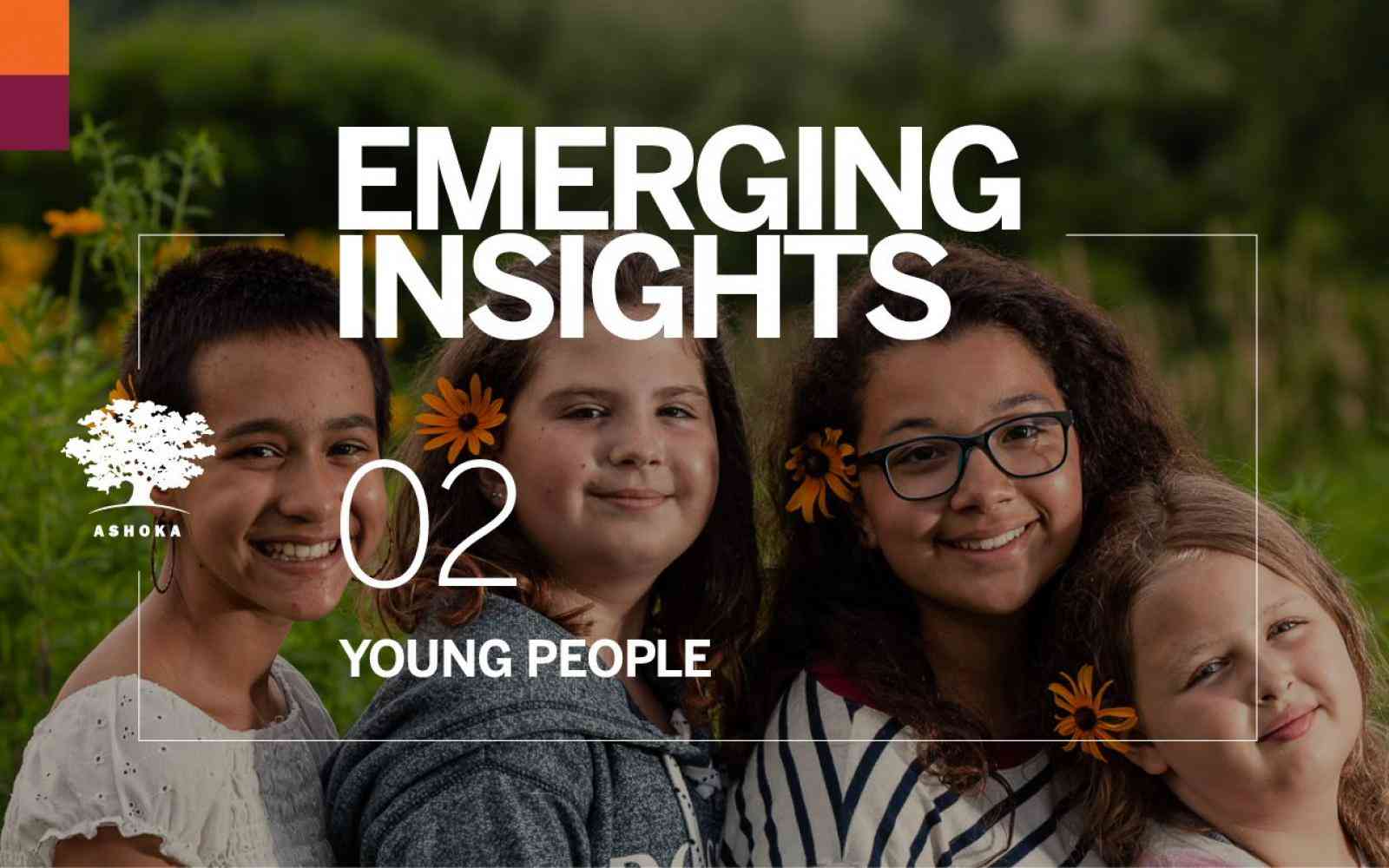 Around the world, children and youth are considered both a promise of a better tomorrow and a threat to the current world order.

In 2019, there was no greater display of this phenomenon than in the simultaneous adulation and admonishment of Greta Thunberg’s activism on the climate crisis. Heralded by some for her fiery passion and her audacity to address global leaders to demand new practices to slow down an environmental crisis, she was also subject to the critique of those who hold steadfast to the idea that young people should say little and do less.

Over the last 40 years, Ashoka has witnessed that many of the most effective social entrepreneurs in our network learned to lead early which in turn means they too incorporate youth leadership into their strategies. Demographic shifts in regions of the world like South Asia, the Middle East and Africa – where youth populations burgeon, and unemployment rates rise – indicate a pressing need to create programs that result in productive, active, and positive youth citizenship.

It should come as no surprise that youth-led movements for social change were a significant part of the work of Ashoka’s newly elected Fellows. From engaging young people as co-leaders in their own education, mainstreaming climate readiness and responsibility into classrooms to helping create networks and systems for foster youth to graduate into adulthood, these Fellows are ensuring that the next generation is equipped to deal with a rapidly changing world.

The jobs of the future are still unknown, but what is clear is that young people today need new types of skills to be able to meet the challenges of a changing world. India, like many countries in the Global South, is experiencing youth population growth and facing challenges of high unemployment. The school to work pipeline trains young people with specialized skills for industries that are replacing jobs with technology. They are being equipped for specific jobs, but not for a lifetime of employment transitions. Akash Sethi’s Quest Alliance has a vision to teach young people to be self-learners and equip them with the skills of adaptation. The curriculum is powered by digital tool kits, simulations, and workbooks. Since 2011, Quest Alliance has reached seven states, developed 50 non-profit partnerships to spread the model, has been adopted in 1,000 government schools and reached 300,000 adolescents and youth. More remarkably, the learning tools connect with and serve young people from wide socio-economic backgrounds and ethnicities.

Unemployment and economic uncertainty have led to a different kind of issue in Latin America. In Venezuela, close to 3 million people are estimated to have migrated out of the country between 2015 and 2018. Of the young people who have remained in the country, one-quarter are not employed or even pursuing education or training. Over the last 10 years, Mauricio Parilli has led initiatives to create avenues to bring young people into economic participation. His contribution is an enterprise development initiative, Aprendo y Emprendo, which promotes youth-led mindset shift and an enabling policy-driven entrepreneurial ecosystem. The Young Entrepreneur program involves training camps, prize competitions, and networks of entrepreneurs. Most importantly, he has evolved the program to solve for family barriers to participation as well as the formidable legal constraints faced by young people. Bringing together community centers, universities, public and private high schools, media and investors, Mauricio is advocating for new legislation that enables young people to start companies, manage funds, and more easily enter the market by bringing together players from diverse sectors, such as community centers, universities, public and private high schools, media, and investors.

Several Fellows are giving young people the tools to better care for the planet and spread messages outside the classroom to influence peers, parents and the larger society.

Bangladesh
Green Savers Association
In Dhaka, Bangladesh, the world’s most densely populated city, Ahsan Rony’s Green Savers is focused on creating a new generation dedicated to environmental responsibility. His approach is to create a demand for urban green spaces and then supply the demand with gardeners and workers who can help set up gardens across the city. In schools, he created The Oxygen Bank program that teaches children through school initiatives and media to participate in the school and roof gardens. He is simultaneously creating a new city-wide cottage industry of “Plant Doctors,” microentrepreneurs who provide maintenance, emergency support, and workshops for residents and help start urban gardens.

Canada
DreamRider Productions (legal name Dream Rider Theatre Society)
To influence the next generation of young people to be environmental stewards, Vanessa LeBourdais uses a holistic approach – involving mind, heart, body and spirit – with her Planet Protector Academy, an interactive environmental program that trains 5-10-year-olds to be superheroes for the planet. Designed to integrate with current Canadian school curriculum, the Planet Protector Academy emphasizes that young people can be change agents at home and in their communities.

As of this year, 850,000 children have been reached through live theatre and classroom programming. 97% of teachers recommend the program and 90% of children say they take the messaging home to practice with their families.

It’s an oppressive system that is not designed to help young people gradually gain the same skills for independence as their peers with strong networks of adult support. Instead, the system reinforces patterns of behavior connected to living with no control, trauma, and lack of knowledge.

United States
Think Of Us
Sixto Cancel, who overcame these barriers as a child in the foster system, founded Think of Us while still in college. Think of Us focuses on a significant period of growth, development and identity formation for youth — when they age out of foster care, typically at age 18 or 21. The platform enables young people to set up “personal advisory boards” of adults they choose. These may be social workers, older peers who have successfully navigated the transition, or others. He is also working on hacking the 30+ year old foster care model. The platform collects data on the real needs of foster care children, enabling a broader reform — not just for those aging out. In California and Nebraska, for example, Sixto has piloted new case management systems that are more human-centered, responsive and tuned into the diversity of foster care needs.

Youth do not have to wait until they are grown up to learn that they are leaders. One-third of the Fellows we’ve elected know and support building programming to promote youth leadership as the essential foundation of a future where more people are problem- solvers than problem-seekers. To complement Ashoka’s Venture program, which finds and supports the world’s leading social entrepreneurs, we have also been building a carefully selected network of Ashoka Young Changemakers.

These Ashoka Young Changemakers have found their power to create change for the good of all, and who are engaging their peers and the entire world. With cohorts in the US, India, Bangladesh and launching soon in Indonesia and Brazil, Ashoka’s betting on collaboration with young people as an essential component of an everyone a changemaker world. 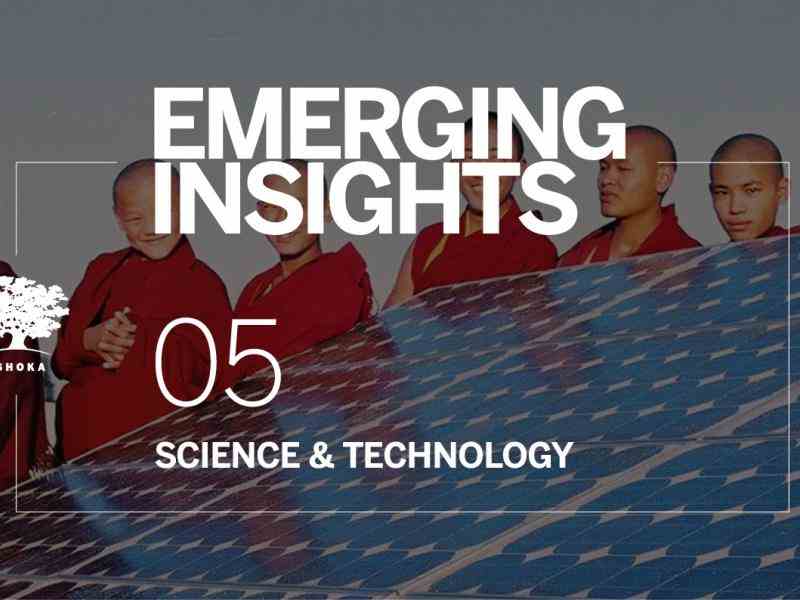