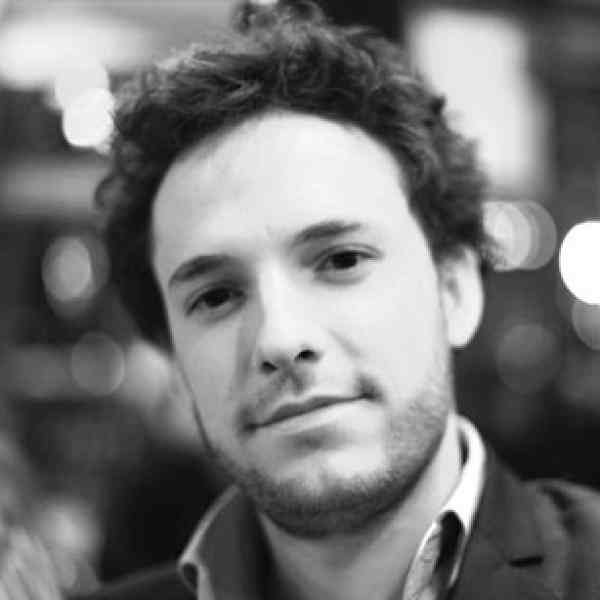 Isolation and inactivity among marginalized communities – from refugee camps to underprivileged neighborhoods – can have dramatic consequences such as violence and physical and mental health problems in communities. In response, Jérémy is defining a new standard for libraries in the 21st Century, repositioning their role in communities as key vectors of economic and human development.

By enabling the transformation of traditional libraries into efficient vehicles of information and culture, Jeremy is shifting the traditional ‘book-giving’ paradigm that prevails around the globe, especially in deprived and isolated areas like refugee camps. Adapted to the local culture and led by local communities, these ‘libraries of the 21st century’ constitute genuine community hubs. Jeremy’s libraries go beyond enabling access to education; they play a central and pivotal role in the community by driving positive impact, from improving maternal health and children security to empowering critical thinking, creativity, innovation and entrepreneurial skills, including lifelong training opportunities and access to new technologies. By enabling the creation of such spaces and transforming existing libraries, Jérémy deeply impacts socio-economic local realities and strengthens the capacities of local communities, allowing vulnerable populations around the world to recover a sense of full citizenship.

Jérémy has packaged an entire library into a customizable multimedia toolbox, called the IDEAS Box, that meets international freight standards and can be both easily shipped to remote areas and assembled in record time. His solution enables disadvantaged populations to connect to the world, learn, play and create. Once deployed, the IDEAS Box becomes a real physical space full of content and tools adapted to the local context in order to strengthen education, help people look to the future, reconnect separated families, prevent rumors and propaganda, and strengthen resiliency. IDEAS Boxes are connected to each other through the Internet where communities can access new tools and content uploaded by other IDEAS Box users, or by Libraries Without Borders. IDEAS Boxes have already been installed in refugee camps in Burundi, receiving thousands of visitors over the first months, and already proving their positive impact in terms of education quality, child protection and the strengthening of social links.

To scale his model, Jeremy has created a new profession: ‘cultural entrepreneur’. He is now building and relying on a network of ‘cultural entrepreneurs’ – local people empowered to launch their own library or transform existing cultural spaces to create virtuous socio-economic dynamics around it - to spread the model across the globe. Jérémy is also finding creative ways to replicate his approach, beginning with France, to different contexts and geographies, including developed countries facing challenges related to democratizing access to information and culture for particularly isolated and marginalized groups.

From refugee camps in conflict zones to marginalized areas in developed countries, millions of underprivileged people suffer from isolation, exclusion and inactivity. This can lead them to lose the hope and self-agency necessary to develop as full citizens. Isolation and inactivity not only prove to have dramatic consequences in terms of violence, physical health problems and psychosomatic troubles, but can also lead to poor access to information, knowledge and learning opportunities. Public authorities and international organizations often focus their efforts on addressing the basic needs – food, health, shelter, security, etc. – of these at-risk populations; but once these priorities have been met, communities lack the tools and physical spaces to express their creativity, to forge social bonds and develop resilience for the struggles that lay ahead.

Traditional libraries, cultural centers or community places, when they exist, do not play the gatekeeper role they should be playing. They were designed for a pre-digital world, offer inadequate content (for example, the library ecosystem in francophone Africa suffers from the French influence – ignoring local culture and diversity of dialects), and are mostly disconnected from the surrounding community. In developing countries, a vast majority of libraries are only referencing a poor range of outdated books and materials. In developed countries, a set of symbolic, practical and financial reasons refrain the most underprivileged populations to actively use the services offered by public libraries.

While good quality and lifelong education appears fundamental to build democratic societies, at-risk populations lack the spaces to access open, transversal, cross-generational education or reinforce social bonds and community sense between people. And if many studies show that libraries and cultural centers bring sustainable social impact and high returns on investments, their traditional business models – mostly based on public subsidies – increasingly show their limits. Libraries in the 21st Century need to be physical spaces that create a sense of ownership within the communities they serve and are strongly linked to the local economic fabric, with a sustainable business model.

For seven years, Libraries Without Borders (LBW) has pioneered an entirely new model for libraries in the 21st Century, transforming the way isolated populations access information, knowledge and training. LWB has initiated 300 projects in 20 different countries – LWB transforms the way traditional cultural players work by providing professional trainings and helping them to actively involve the local community in order to diversify and adapt LWB’s content to the local context. LWB also works with communities to develop income-generating services and activities, acquire digital equipment, and network with local actors. Far from the classic intervention model, LWB thus establishes itself as a research and development laboratory that develops new programs, methods and toolboxes for libraries to position themselves as genuine, lively and life-changing community hubs.

Jeremy now streamlines the spread of his approach through the Ideas Box, a flat-pack multimedia library that can easily be integrated to a wide variety of contexts, from complex emergency situations to long-existing deprived areas in developed countries. This standardized, transportable, robust and self-sufficient device includes a variety of educational and entertainment content that provides tools so that the users can produce their own resources and shape the Box to their own needs. The IDEAS Box provides content for the population to connect, learn, play and create, including an Internet connection, digital equipment such as tablets and laptops, paper books and e-books, pre-installed educational content and apps like Wikipedia and the Khan Academy, a TV and video projector with 100 documentaries and film, Board and videogames, a built-in stage for theatrical representation, hand-held cameras and video software, etc. For each deployment, the LWB team works in direct contact with in-country partners in order to identify the exact content and equipment that correspond to the needs and the expectations of the population (language, culture, geographical context, etc.). A first study has already demonstrated LWB’s positive impact on child protection, education quality, and resilience. The first two Ideas Boxes, which have developed in Congolese refugee camps in Burundi in February 2014, have reached 24000 beneficiaries in only 3 months, and new Ideas Boxes will be deployed in other camps in Burundi, Jordan and Lebanon. IDEAS Boxes generate immense interest from International organizations, public authorities and entrepreneurs all around the world: pilot projects will be implemented in deprived areas in France and Australia in the coming months, and a total 100 Ideas Box should be deployed in 2015.

Jérémy is now broadening LWB’s scope of action to reach everyone who is excluded from education, culture and information, whether refugees, homeless people, prisoners, at-risk women, and others. To do so, Jérémy facilitates the emergence of a new generation of ‘cultural entrepreneurs’ with the necessary knowledge, confidence and skills to create lasting, community-rooted, innovative and impactful cultural centers in the areas where they are most needed, in developing and developed countries. Building on LWB’s ground experience in cultivating such cultural entrepreneurs, Jérémy creates an international (India, the Philippines, Colombia, Ecuador, etc.) citizen-based community of helpers to creatively ‘hack’ IDEAS Boxes and explore new sustainable business models for the spread of the model locally.

Furthermore, Jeremy places access to information and culture at the forefront of the political agenda by combining LWB’s groundwork with effective advocacy campaigns, at the national and international levels. For example, LWB recently raised awareness about the need to better address the intellectual component of populations in humanitarian situations via the ‘Urgency of reading’ campaign, which mobilized more than 4000 people - including 9 Nobel Prizes. LWB also recently passed an amendment in the last French economy bill that will enable libraries to be open during evening and weekends.

Jérémy grew up in Clermont-Ferrand, France. His mother was a teacher and his father was a child-psychiatrist. His parents created a family environment full of social engagement, encouraging Jeremy to look at the world around him with an empathetic outlook. Jeremy remembers his father implementing mental health programs for Doctors Without Borders during the First Intifada. Jeremy was also much impacted by a journey to Palestine during his teenage years. As a teenager, Jérémy was always curious to understand how society works, and became engaged in the youth council of its region. He studied political science, and spent his third year in Vancouver, Canada where he sharpened his interest for Development Anthropology. Back from Canada, he enrolled in a Master’s program in International Development and began a double diploma curriculum in International Law.

With a deep interest in the work of renowned historian and political specialist Patrick Weil, Jeremy applied to be a research assistant but finally accepted a job at the French National Assembly. Right after finishing his studies, Jérémy co-founded Libraries Without Borders with Patrick Weil, following a very simple idea: while 80 million books are thrown away every year in France, students are lacking educational resources. Patrick Weil’s initial idea was similar to a traditional ‘book-giving’ program. However, numerous reports showed the inefficiency of ‘book-giving’ programs that create dependency situations and are mostly ill adapted to the needs of local populations. Jérémy thus reshaped the LWB’s model to its current form: creating toolboxes for local communities to imagine their own libraries. Libraries would become endogenous development levers and strengthen autonomy of local populations. LWB now has activities in over 20 countries, including revenue-generating activities in countries and continents like Haiti, Africa and Europe.