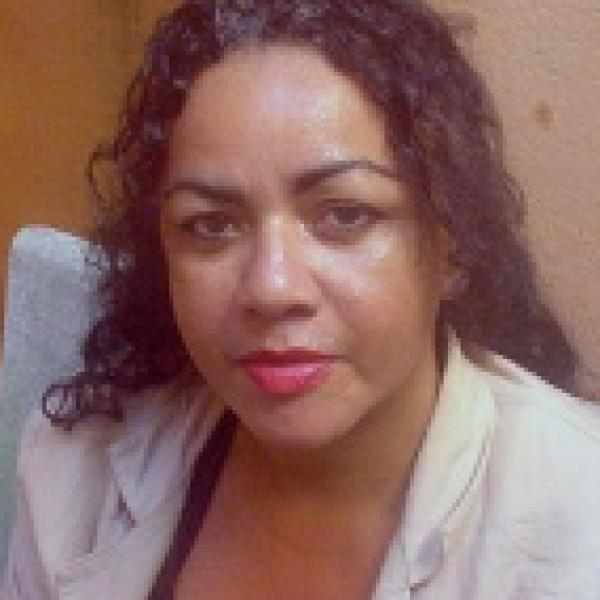 Marli da Silva empowers poor single mothers to pursue the benefits of paternity for their children—both through amicable and legal means—with broad support from lawyers, psychologists, social workers, and local government. Her work establishes a comprehensive system to improve the lives of single mothers and their children by providing information, legal counsel, income generation, and even discounts on DNA paternity testing. Marli also enlists fathers who had abandoned but then returned to their families to bring similar fathers on board. At the same time, she is working to change the legal system, the policies underlying current practices, and society’s perception of single women and their plight.Approximately 1,600 families have benefited directly from Marli’s work and her efforts at the legal and policy levels are showing results in the State of Pernambuco. Legal procedures are both more efficient and just, as public attorneys, public prosecutors, and magistrates are involved. In a major recent victory, Marli successfully designated public funds for paternity tests and is on her way to implementing this as part of permanent policy.

Brazilian law guarantees children the right to information on the identity, occupation, address of their parents and to material support when possible. Nonetheless, three out of ten new birth certificates issued in the country do not register a father’s name. Single motherhood is increasingly common and the consequences are often dire; in terms of material well-being and in accessing the benefits of citizenship.   The problem is deeply rooted in a Brazilian culture which views motherhood as mandatory but fatherhood as optional. Society portrays single mothers as less-than-upright women facing the consequences of their past deeds. Looking for a child’s father implies a sort of immorality, as if the mother is seeking personal gain from the situation.For the children, the physical and legal absence of a father has serious consequences. Without male role models children develop a skewed sense of fatherhood they carry into their adult lives. Legal paternity is a basic right, and without it, children begin life without their full rights as citizens. Later, a child may be stigmatized for having documents without a father’s name. This prejudice frequently affects a single mother’s willingness to search for her child’s father or from filing a lawsuit to establish paternity. Even when she does choose to act, the stigma is pervasive in the public sphere by the actions of notary publics, public attorneys, and magistrates. A 1992 law guarantees recognition of paternity to children born outside of wedlock, and assigns the court the central role in ensuring that this need is met. But the inefficiency of the Brazilian legal system along with the high costs and long waiting periods of the DNA test make establishing paternity nearly impossible.

Marli created APEMAS to reform Brazil’s system for managing paternity. The Association works in the poor communities of Metropolitan Recife to spread awareness of the problem, provide information about the rights of children and single mothers, and offer legal support for single mothers seeking acknowledgement of legal paternity. Marli mobilizes her target audience through meetings organized and held in the offices of partner organizations, health clinics, and public schools, where an APEMAS representative presents information on the rights and benefits of paternal recognition, as well as the steps needed to achieve legal recognition. A lawyer, social worker and psychologist attend each meeting and are available after to answer questions. Through this outreach, APEMAS identifies its clients: mothers in need of guidance.  Once APEMAS begins working with a woman, the case can take two paths as designated by Federal law. If a man agrees to acknowledge paternity, legal processes and costs are minimal. Marli’s work is designed to encourage this outcome as often as possible.  APEMAS recruits men to assist in the process that have agreed to paternity and reestablished a role in their children’s life. If a man denies the alleged paternity, the judge refers the case to the State Attorney for the Public Interest, who investigates the paternity using a DNA test. In these cases, APEMAS takes on a greater role.  Marli has created a database that allows APEMAS to serve as a clearinghouse for tracking and pursing the cases of women seeking to establish paternity for their children. APEMAS maintains information on the mothers and their dependents, allowing them to identify unregistered children and pursue legal action when necessary. In some cases, legal action is not feasible and instead, a family is entitled to government support in the form of a food allowance. APEMAS works with a woman’s local municipal government to ensure this happens. When a case does require court action, Marli’s office accelerates a slow and bureaucratic process by partnering with the State Public Defender’s Office. APEMAS tracks legal issues as they appear over time and, with this overview, Marli engages the State Prosecutor to organize forums where judges and prosecutors meet and resolve common procedural problems. Her policy efforts also address the practicalities of increasing capacity to pursue paternity. Marli works with policy makers to increase funding for free DNA testing which many poor single mothers require to resolve their cases and to codify the right to these tests as permanent Brazilian law.  Marli is also changing social views on the right to paternity by gathering magistrates, judges and public attorneys to discuss these issues in public and with the media. She has been successful in recruiting prominent and influential individuals to her cause, bringing their pressure to bear on the system.  In the past year, Marli strengthened her organizational structure and began exploring opportunities to reach scale. APEMAS has its own building in Casa Amarela, a poor community in metropolitan Recife, and she plans to have four other centers in different areas of the city.

Marli learned early to fight for her rights as a women and a citizen. Raised in a family of six children, she moved in with her sisters at the age of 11 following her mother’s death. She had a keen interest in learning but was unable to enter the public system for higher education. She took matters into her own hands and trained to become a professional accountant.In 1990, Marli became pregnant with her long-term boyfriend who left shortly before the birth of their child. Marli’s brother-in-law told her to leave the house for bringing shame to the family. Many friends felt she should have an abortion, but Marli had the child and began working as a housemaid.  Marli suffered prejudice and discrimination and found it difficult even to accept herself. She began to consider all of the women living with similar consequences of discrimination and began organizing single mothers in her community. In 1992 she founded the Pernambuco State Single Mothers Association, her first step in the struggle for the rights of single mothers and their children.After 5 years developing her model in a community, Marli expanded her work to include Casa Amarela, the most populous poor community in metropolitan Recife. There, she set up a new organization and has since worked to improve her strategies for achieving amicable resolution to conflicts with fathers and empowering single mothers.