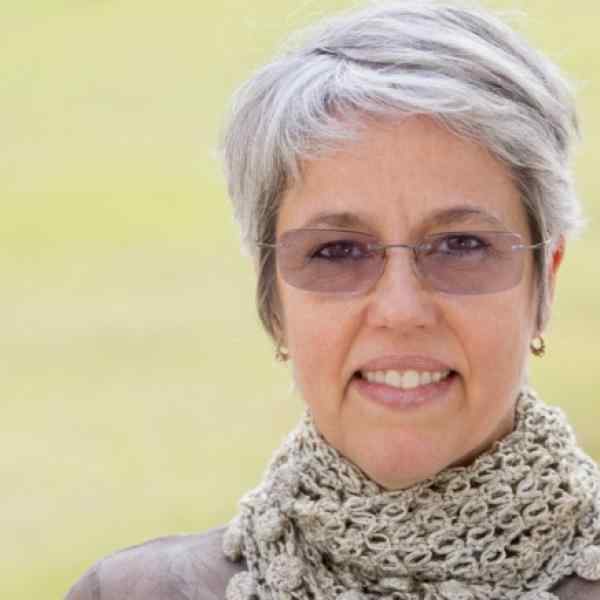 Maria Teresa Romeiro Leal, who works with seamstresses in a Brazilian slum, reveals two realities about business and poverty: first, workshops owned by poor women can compete in the world of haute couture; and second, making quality goods is the best way for poor women to find business partners, open markets, and earn a living.

Maria Teresa, known as Tetê, has found a new way to alleviate one of the oldest problems afflicting Brazil&#39;s urban poor. Unemployment is the bane of life for migrants who have settled in shantytowns, or favelas; but development programs have failed to help the poor find reliable income. Tetê realizes that, despite good intentions, small enterprise programs fail on several fronts: they fail to produce high quality goods, they fail to understand and develop markets, they fail to make best use of their workers&#39; skill, and they fail to see themselves as viable, competitive manufacturers competing in a global economy. Rather than organize poor women to produce poor goods, Tetê is raising both the standard of the product and the living standard of the people. This philosophy guides her cooperative, which makes expensive high-fashion clothing and sells it to Rio de Janeiro&#39;s elite. The same philosophy will guide other small businesses that follow Tetê&#39;s lead and benefit from her efforts to promote and certify small, high-quality enterprises owned and run by the urban poor. With her co-op as a model, Tetê is now defining an industrial standard that will mark good merchandise produced with the best practices in community development, environmental protection, and fair labor.

Located just south of Rio de Janeiro, Rocinha is notorious as the largest slum in South America. Migration from Brazil&#39;s drought-ridden Northeast has made Rocinha into a city within a city. Many residents are domestic workers in the wealthy gated communities nearby. Poverty is linked to racial bias: Afro-Brazilian women, like those Tetê works with, earn only 53 percent of what white women earn, according to research by the Inter-Union Department of Statistics and Socio-Economic Studies. Prejudice against people who live in favelas means that education and employment opportunities are few, though the entrepreneurial spirit in the favelas is strong. Once, the textile industry offered only sweatshops to women from the slums; by training poor women in design, management and marketing, Tetê shows industry what it has been missing.

The cooperative, Coopa-Roca, is one enterprise employing one group of women in one niche market; but its story shows how Tetê&#39;s ideas add up to a system greater than any one co-op or community. Coopa-Roca, short for the Women&#39;s Artisan and Seamstress Cooperative of Rocinha, grew from a recycling project Tetê started in Rocinha. Nordestinas, or women from Brazil&#39;s Northeast, are famous for sewing, and at first, co-op members sewed quilts, pillows, and rugs to sell at local fairs. Gradually, the women gained experience in manufacturing, marketing, and distribution. The shift to high fashion occurred amid the public excitement generated by Rio de Janeiro&#39;s international fashion shows in 1994, when Tetê and Coopa-Roca members realized that well-designed clothing could bring much more income than common products ever could.Without help, however, this leap into high style might have fallen short. The first step was to procure fabric that would meet the standards of high fashion. Tetê sought out donations from mills that produced pure silk, linen, and poplin–fabrics normally unaffordable to poor tailors. Factories agreed to give Tetê end-bolts and remnants but refused to deliver them. A German partner linked to the European Fair Trade Association paid for a mini-van for Coopa-Roca to collect the donated cloth. Tetê networked in Rio de Janeiro to find fashion designers that would donate their time and talent to teach Coopa-Roca members the basics of clothing production. One day after the first training session, Elle and Vogue magazines came to report on the cooperative.
Seeking more press coverage, Tetê uses fashion shows and national media as an outlet for Coopa-Roca&#39;s merchandise. In the mid-nineties, the co-op started participating in fashion shows held at the Banco do Brasil Cultural Center and the National Museum of Fine Arts in Brazil. Members traveled to Berlin, showing at the Haus der Kulturen. Tetê has continued to place Coopa-Roca&#39;s clothes in the best fashion, lifestyle, and home decorating magazines. Tetê organizes expositions as well, not only to bring in new clients and publicize Coopa-Roca, but to recognize the individuals responsible for the collective&#39;s success. Entering the world of fashion has removed Coopa-Roca from the &quot;ghetto&quot; of small producers and has enhanced the self-image of workers and other residents of Rocinha, who identify the products with their community.
This new approach to marketing has brought new partnerships. The clothing manufacturer Triumph International provided Coopa-Roca with six months of technical assistance and paid for staff positions. Tetê took advantage of this short-term support to perfect design, distribution, and marketing systems. Tetê also managed to convince Light, a utility company, to remodel Coopa-Roca&#39;s building. What was once a one-story building is now a three-floor workshop with offices and a meeting room.
Job training is a natural part of expansion, so along with core manufacturing skills such as designing, cutting, sewing, and finishing, staff learn delivery, administration, and publicity. These jobs offer more than a paycheck: staff improve their math and language as well. One program with a view to the future is &quot;The New Generation of Coopa-Roca,&quot; through which thirty young women ages fourteen and twenty-one receive training in production techniques and management. New Generation is supported by UNESCO and the C&amp;A Institute.
Tetê continues to promote her ideas. She has signed a contract with the Discovery Channel to make a documentary about Coopa-Roca. Esmod, a French fashion school within SENAC, the national technical training college, is providing training for Coopa-Roca members. Tetê also organized the Retalher exposition in April, 2000, which brought together important artists in Rio de Janeiro, attracting significant visibility for the program and generating invitations to present the exhibitions in Brasilia and São Paulo. As a result, Tetê and members of Coopa-Roca will be inaugurating the Community Fashion Project at the SENAC-Esmod center in São Paulo to begin activities in low-income communities in São Paulo.
Although Tetê began locally, she has set her sights on national success. The centerpiece of her plan is a manufacturing certification--an industrial standard label--which will designate what she calls &quot;green handicrafts.&quot; Certification will be a major breakthrough for small producers hoping to compete in high-end markets dominated by famous brands and foreign manufacturers. Once in place this certification will not only identify good quality products, but will promote organizations that fulfill certain managerial, social, and environmental responsibilities. This label will help organizations in a number of ways. It will help them catch up to better-known competitors by adding a unique social value to their merchandise. Moreover, certification will be a reward and incentive for other small producers to approach their work more professionally. Lastly, it will introduce the public to a new form of socially responsible consumerism that does not sacrifice quality to charity.
Besides setting up the certification standard, Tetê&#39;s goals at Coopa-Roca are: 1) making Coopa-Roca completely sustainable and self-sufficient, 2) creating more small businesses in other communities, 3) systematizing information and processes, 4) cooperating with interested institutions with questions regarding traditional techniques of Brazilian handicrafts relating to fashion and design, and 5) maintaining the culture of self-esteem, identity, and citizenship in the cooperative model, not at the expense of becoming a sweatshop. Tetê has already pushed forward on many of these fronts, including training two more groups of women interested in organizing a cooperative to produce clothing and handicrafts. She has also been spreading her strategy by explaining her experience to other poor communities.

Tetê was strongly influenced early in life by three family members. Her father, a leading physician, was one of the first doctors to volunteer every Saturday in Rio de Janeiro&#39;s favelas. Her mother, a teacher, encouraged her to broaden her education to understand all of society&#39;s ills and opportunities. Her oldest sister founded Rio&#39;s first Arts Education School, the first school to teach education and the arts to mixed classes of wealthy, middle-class and favela children. The school, which opened in 1960 and still operates today, grew out of her sister&#39;s civic work.From age nine to seventeen Tetê attended classes at the school, and later taught there on weekends. When she attended the Federal University of Rio de Janeiro, she sought out the Brazilian educator, Paulo Freire, for special tutoring. She started visiting Rocinha with her family&#39;s housekeeper, learning about the reality of the favela and thinking about how she could implement Freire&#39;s ideas about popular education and solve the economic difficulties of the women she met. Tetê graduated with a degree in social science and a license to teach elementary school–-a combination that prepared her well to launch Coopa-Roca.