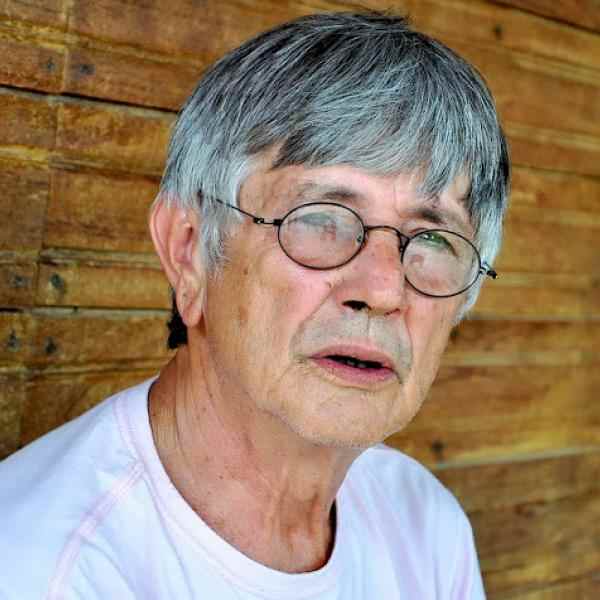 Terri Valle de Aquino grew up in Acre, the very poor and thinly populated state on the southwestern edge of Brazil's Amazon basin. He returned to work with the indigenous peoples there and is now setting out to help them and their traditional enemies, the rubber tappers, learn to collaborate and work together economically and politically. This collaboration is as important to the rainforest as it is to both peoples.

Terri is working to find practical ways, chiefly economic, through which the Indians and rubber tappers will learn to collaborate. Given the intense and accelerating pressures on the Amazon and its peoples, little time is left to develop a durable working alliance.
He believes he can help build a series of new collaborations now because both groups are having to step beyond the patterns of past generations. In the face of the new forces pressing in on them, they are being forced to respond - and they are doing so in strikingly similar ways. During the 1980s Terri played a key role in helping the indigenous peoples of Acre win the demarcation of roughly 10 percent of the state into reservations. The new Brazilian constitution allows them - not a government agency - control of the land. The rubber tappers have also begun to fight for the creation of large extractivist reserves, an idea initiated and fought for by two Ashoka colleagues, Mary Allegretti and Chico Mendes. The reserves would allow the tappers and others (eg, hunters and medicinal plant gatherers) to continue to make a living from the forest. The reserves also provide a framework that allows these now tenured people to govern themselves.
Focusing first on a huge portion of Acre crosshatched by often contiguous reservations and reserves, Terri will work to lay an economic foundation for long term mutual toleration and sustainable political cooperation.
Building on a model from the Jurua Valley, Terri, for example, has been helping a group of rubber tappers from the Tejo river watershed create a rubber cooperative in an area adjacent to the lands of five local Indian tribes. The cooperative involves Indians from the tribes in production, rewarding them with a portion of the profits. The project is already beginning to yield more efficient production with greater income to both groups than was possible before.

Those struggling to preserve the Amazon rainforest know that significant scale success is only possible in alliance with those who now live in and depend on the forest. If the inhabitants can obtain a decent living from the forest, it will be in their interest to defend it against the cattle ranchers and others who would destroy it.
Threats are increasing. The new cross-state highway (BR-364), which will link Brazilian Amazonia with the Pacific Ocean, has already provoked a series of new changes. Large areas of virtually untouched rainforest, originally divided into seringais (rubber plantations), have been devastated and broken down into pasture land by cattle ranchers from southern Brazil. Along with these large firms have come wave after wave of landless rural laborers, also generally from the south, seeking to settle in Acre. The resulting conflicts have been numerous and violent, as the world learned with the murder of Chico Mendes in 1988. Yet despite mounting international concern and pressure, the destruction continues. The fires "clearing" the forest are so massive during the dry season that the smoke frequently forces the area's airports to close.
For the peoples of the forest to become effective defenders, they must first become aware of the complexities of the problem, learn how to organize and press their interests, and learn how to work together despite great distances, deep prejudices, enormous cultural gaps, and genarations of killing.
The two biggest single groups in much of the Amazon are the indigenous peoples and the rubber tappers. Unfortunately, the historical relationship has been adversarial. Although both have suffered at the hands of a few families granted massive holdings in the late nineteenth century, the Indians have suffered most. Their lot was prejudice, often enslavement, and death. The latter all too commonly came at the hands of the migrants turned rubber tappers who, like the landowners, saw the Indians as lazy, savage, and useless.
Terri's job will not be easy. One sign of just how much work must be done: as soon as Acre's Indians gained control of their newly demarcated reservations, they forced the rubber tappers living and working there to leave.
As long as this chasm remains, forming a credible, let alone durable alliance to protect the forest and both groups' interests in it, will be very difficult.

In March 1989 representatives of the Amazon's residents met in Acre at the first meeting of the Peoples of the Forest. They were reaching out to one another to form a defensive alliance to protect their world. It was an important step, one in a long and treacherous journey.
Terri's job is to find and demonstrate concrete, easily replicable ways of building the myriad relationships of mutual benefit between the area's Indians and its newer immigrants that must provide the foundations on which trust and any enduring alliance will have to rest.
Terri plans first to continue his work in the Tejo River are, working through a number of ideas he has for stimulating economic collaboration. Once this is done, and even during the rains, he will try to spread to other areas where rubber tappers and Indians might join forces. Already a columnist focusing especially on Indian issues in the state's leading newspaper, he'll expand his use of the press. He also hopes later to carry his idea and experience beyond the Amazon. He is planning to organize a series of lectures and meetings outside the region and also to publish more widely.

Terri Valle de Aquino grew up in Acre. Despite his family's limited means, his clear capacity won him a scholarship to a Jesuit school in Rio de Janeiro state. He stood out there as well, accompanying one of the fathers on outside social work and, unique among his peers, teaching in an orphanage and attending seminary on the side. His remarkable ability to build trust among the Indians with whom he has worked over the last decade was foreshadowed there as well: His fellow students voted him the one among them they would be "most likely to trust."
He went on to college at the end of the 1960s, experiencing the searing clash between the idealism of his peers and the full forced repression that then closed in on Brazil.
After finishing his MA in Brasilia in 1977 he settled in at home in Acre to work for the Indians. He created the Pro-Indian Commission (CPI) there in 1978 and served as its President. He has long fought for the demarcation of reservations and for helping their residents then break the grip of the large landowners by, helping the Indians organize to take their own products to market.