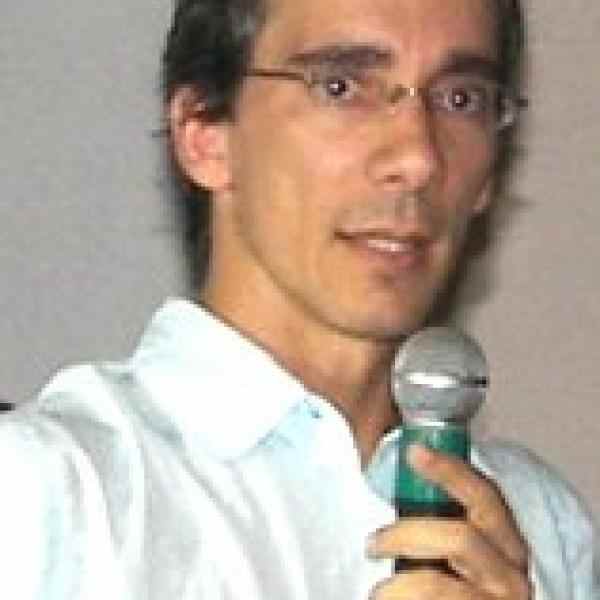 Tourism is a double-edged sword. On the one hand it brings people and business to economically starved regions, creating jobs and wealth. On the other, much of that wealth is concentrated in the hands of business owners and comes at the expense of severe environmental and cultural degradation. Rui Barbosa da Rocha has designed a new model of ecotourism in the south of Bahia that uses tourism as an integration platform for groups that have historically had opposing interests to act together in the interest of social environmental development.

The tourism industry in Brazil has grown considerably over the last decade, with greater numbers of international visitors coming each year to popular destinations and to new regions that were once inaccessible. Rather than resist this growth and take on the industry as the enemy, Rui has built a network that brings small-scale farmers and isolated communities together with large hotel chains and other businesses, creating a new platform for ecotourism. By helping them to identify their shared interests, Rui is proving that local communities can work with the tourism business in ways that benefit both groups, and preserve the environment and the integrity of local communities in the process. Working in the Itacaré region of Bahia since 2003, Rui’s Floresta Viva Institute implements programs in five key areas: Wilderness protection, biodiversity recovery, sustainable ecotourism businesses, environmental research and analysis, and policy advocacy. Each program has the shared goal of shaping a sustainable tourism industry that can be used to promote social, environmental, and economic good. To date, Rui’s work has had a direct impact on the lives of 1,000 families and 20,000 people indirectly, in addition to contributing to environmental and community improvements in the Atlantic Forest. Situated in the state of Bahia, the sections of Atlantic Forest in which Rui works are primary growth: Critically important areas home to rare species of biodiversity. In partnership with Universidade Estadual de Santa Cruz, Rui intends to strengthen this methodology and spread it to other regions of Brazil and Latin America also coming to terms with the effects of modern day tourism.

Brazil’s tourism industry has taken off in recent years, growing at a rate of 5.2 percent since 2000. This growth has come at a cost, however, threatening the very land and people on which it depends. With these rates predicted to increase in the coming years—reaching an estimated 14 million tourists per year by 2020—the gravity of the environmental threat will only continue grow. Existing economic swings have further complicated the matter. Declines in the global price of cocoa, coffee, and other crops beginning in the mid-1990s left families in Bahia and elsewhere in Brazil with relatively few options for income generation. This has placed a considerable burden on rural Brazil’s already vulnerable populations, including fishermen, small farmers, and the many indigenous peoples and quilombolas (self-contained communities descended from former slaves) scattered throughout southern Bahia and elsewhere in Brazil. As a result, many of the affected inhabitants have been forced to sell their land to tourist ventures and to seek employment in both the formal and informal tourism industries. Once considered one of the planet’s leading centers of biodiversity, Itacaré and surrounding areas are now subject to the devastating exploitation of both traditional peoples and resources, leading to unprecedented concentrations of income and environmental degradation. Moreover, the unregulated growth in tourism has been fuelled by the region’s increasing accessibility. Known for its vast forests and vibrant marine life, the Itacaré region was previously reachable only by dirt roads and boat, but as a consequence of a new highway, all that has changed. The Atlantic Forest, which extends along several thousand miles of Brazil’s coastline, has today become an increasingly popular tourist destination, and due to job loss and resource exploitation, contains considerably less of its original vegetation. The already fragile Itacaré region must now confront and adapt to the increasing presence of the tourism industry, rarely incurring its potential benefits. Meanwhile, attempts to develop sustainable tourism have gained little traction in the south of Bahia and other similar regions across Brazil. Indeed, in 2001, only 13 percent of Brazil’s total foreign visitors engaged in ecotourism, even when including such modest activities as a one-day trip to a national park. This failure has been due in large part to the combative approach taken by most environmental initiatives toward conventional tourism. Believing tourism to be a major threat to environmental preservation, many community leaders have refused to engage in dialogue with business leaders or those who might gain from the industry’s growth. Yet the political and economic power of those involved in conventional tourism have rendered this tactic almost wholly ineffective: In a region faced with both a weak economy and vast ecological importance, it is very difficult to deny the power and the entry of tourist enterprises. With so little coordination between business owners, hotel managers, environmental advocates, and the communities most affected by the tourist industry, both the costs and the opportunities inherent in ecotourism have yet to be fully addressed.

As noted above, Floresta Viva is comprised of five programmatic areas: Sustainable business and ecotourism development, wilderness protection, biodiversity recovery, environmental research and analysis, and government advocacy. Working across sectors, each program is designed to bridge the interests of contending social and economic groups, creating a powerful united front in the pursuit of sustainable development.In order first to reduce the communities’ reliance on conventional tourism, Rui is promoting a series of sustainable income generation activities to compensate for the growing pressures on local inhabitants. His sustainable communities program designs and provides income alternatives for families to stimulate growth in the local economy. These activities range from growing vegetables to raising small animals. He also helped create an organic production program, which has yielded a fourfold increase in participants’ income. Rui is simultaneously working to foster a rise in ecotourism, with a focus on programs that benefit both business and the local community. He first works to build a new bridge of dialogue and cooperation between area farmers, fishermen, businessmen, and tourist ventures, and then helps communities identify possible ecotourism activities, such as building and maintaining ecotourism trails. His work has produced a thriving network designed to help the many affected groups benefit from one another. In one such instance, the Txai Resort and local organic farmers recently joined forces under Rui’s network, and formed a partnership in which the farmers to sell their products directly to the resort at a fair price. Indeed, thanks to Rui’s efforts, there are now four other such partnerships in the region.Together with leading figures in the tourism industry, Rui is also working to preserve forest corridors within the remaining Atlantic Forest. Through Floresta Viva’s wilderness protection program, Rui proposes legal protection for designated areas, including both private and public reserves, and oversees their implementation. As with his other efforts, he does so under the direct guidance and support from players in the tourism industry. He has convinced them that because the Atlantic Forest remains the region’s primary asset, it is in their vital interest to help protect it. To this end, Rui actively participated in the creation of the Area of Environmental Protection of Itacaré Serra Grande and Serra do Conduru State Park, and now serves on the Managing Councils of both. He intends to help create various Private Reserves for Natural Protection and to form a new tripartite management to administer the State Park.In a closely related effort, Rui launched a biodiversity recovery program in which he and his team carefully study and apply appropriate interventions to restore threatened or declining ecosystems. Here again, Rui is looking for ways to benefit both the environment and the local economy. For example, in partnership with SOS Mata Atlântica, Rui aims to plant 20,000 seedlings a year. Beyond their obvious benefits, his reforestation initiatives hold considerable economic potential as a new source of work and income for the local population. His work to foster collaboration amongst a diverse set of actors is not limited, however, to the private and public sectors. Through his governance and public policy initiative, Rui works to confer responsibility to local and regional government bodies, involving them in critical efforts such as conservation planning and administration, tourism policies, and basic sanitation and education. Finally, Rui has taken his work to the university level, where, together with the State University of Santa Cruz, he has established an environmental analysis program to monitor the results of Floresta Viva’s programs and guide future initiatives in the region. Measured against a series of environmental, social, and economic indicators, the database will be used to inform middle- and long-term development planning in the region. Rui believes this will play a valuable role in conferring credibility to negotiations with businessmen in the tourism sector, and hopes to ultimately use it to show farmers and landowners’ improvements to the Atlantic Forest on their properties. Today the Institute works with seven communities of small producers and a number of quilombolas dispersed across three districts, directly involving 1,000 families and impacting an additional 20,000 people. Rui is planning to codify his methodology in order to spread it across similarly vulnerable areas of Brazil and Latin America, where there exists both natural wealth and economic need. To this end, he has already begun to strengthen a number of partnerships and contacts with various social organizations and cooperative agencies, laying the groundwork for similar networks elsewhere, and is creating a vibrant communication network to publicize the results, through the media, scientific publications, applied courses, and technical and social cooperation.

Rui was born and grew up on the Bahian coast, where he spent considerable time with the nearby fishermen, riverine communities, and quilombolas. Rui went on to university in the 1980s, where he studied agronomy and developed a dual interest in the environment and economics. It was there that he became involved in a research project in the interior of Bahia along the São Francisco River. This interest, together with the movement led by Chico Mendes, took him to the Amazon, where he worked for the now internationally renowned Amazon Man and Environmental Institute.From there, Rui went to Rio de Janeiro for a graduate program in agricultural sustainability in the Amazon, where he studied with Peter May, then the most recognized specialist on the subject. He then returned to the Atlantic Forest, and helped launch the Institute of Social Environmental Studies of South Bahia (IESB), serving on its management team between 1999 and 2003.There, Rui worked closely with the communities, and in the partnership with the national institution of agrarian reform, helped harmonize the environmental reform agenda with the government’s land reform efforts. Frustrated by the IESB’s lack of direct intervention, however, Rui realized that direct clash with conventional tourism was hardly the most effective way to bring lasting solutions, and went on to found the Floresta Viva Institute in 2003.