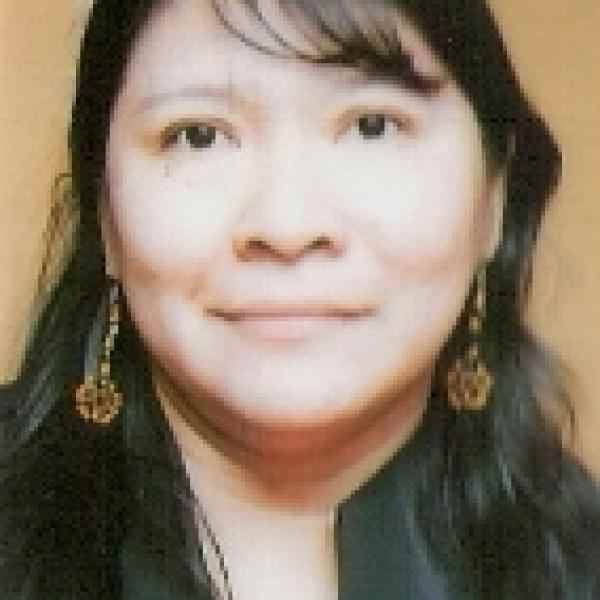 The state of Roraima along Brazil’s northern border was the last state to be colonized through a process of dislocation and enslavement. Through the Indigenous Council of Roraima, Joênia Wapichana enables indigenous people to take charge of their rights.

By ensuring documentation, education, and legal representation, Joênia is strengthening the justice system for indigenous people to participate as full citizens. Her work began in 2001 with a program to teach indigenous representatives the scope of their rights relating to a range of issues—education, health care, and environmental and territorial issues. Through this work, Joênia saw that absent or incomplete civic documentation for indigenous people posed a significant problem and provided a basis for discrimination. Lacking basic documents, indigenous people were largely overlooked by public officials. To combat this problem, Joênia brings basic civic documentation, previously available only to indigenous people living in cities, to communities in rural areas. Joênia uses the Indigenous Council of Roraima (CIR), a representative body, to strengthen the indigenous voice in the workings of state and federal government. CIR also extends judicial assistance, allowing the victims of persecution, torture, racial discrimination, and other violations to pursue their cases through legal channels. Joênia teaches community members to assume active roles in the defense of these cases and preventing them from being treated as second-class citizens in the legal system. While building long-term local capacity, Joênia acts as a bridge between the indigenous community and government authorities, reporting rights violations and advancing protections.

Roraima was the last place in Brazil to be colonized. In the 1970s and 1980s, investments made by the military government, such as the opening of a Northern Perimeter Highway, improved the infrastructure and attracted businesses and workers for cattle-raising and vegetable and mineral extraction. The accelerated growth of the population and the territorial exploration pushed the indigenous groups to the margin of society, creating a downward spiral as they lost their land, fell into poverty, and became ashamed of their language. Now the state of Roraima is home to 350,000 people, including 60,000 indigenous people in 32 territories. This is one of the largest indigenous groups in the country. The Constitution recognizes the social organization, customs, languages, beliefs, and traditions of the roughly 240 indigenous communities and their right to the land they occupy. The federal government was given responsibility for demarcating and protecting territorial boundaries and while the laws have significantly advanced indigenous rights, much work remains to translate legal guarantees into concrete action. In 1990 the CIR was created to mobilize the community to defend their land. CIR played a crucial role in the demarcation of land and was the organization responsible for the dialogue between the indigenous people of Roraima and the federal government. However, obstacles remain in the protection of rights, and government institutions often view indigenous rights as privileges, rather than as inalienable rights.

Joênia pursues a range of strategies to move indigenous communities further along the path to full citizenship. She has developed a legislation course that builds community capacity to recognize and enforce rights. Starting with community leaders and advancing to regional workshops, the course focuses on constitutionally guaranteed rights in the context of valuing local culture and language. Begun in 2001, the course has reached 630 participants in six regions of Roraima, strengthened a regional network of leaders, and brought visibility to the rights movement in this part of the country. Participants created a policy for the demarcation of indigenous territories, and brought a case against the Brazilian government to the Inter-American Human Rights Commission of the OAS for failure to recognize the law concerning indigenous territories. The case was supported by many international organizations and foundations. Beyond building local capacity for legislative action, Joênia is building the infrastructure to deliver very basic, practical documentation needs to indigenous people. Her Balcony of Rights program delivers various services to indigenous people including birth certificates, general registration through the Institute of Identification, and access to retirement, maternal leave, and exemption from military service. Two thousand people attended the first Balcony of Rights, and 3,500 came to the second. The state Supreme Court sent public lawyers, judges, and prosecutors directly to communities to participate. Joênia has built a role for CIR to provide judicial assistance to indigenous groups. Since the introduction of Joênia’s work, indigenous groups have developed internal mechanisms for the adjudication of crimes as well as improved capacity to tap into the external justice system. By training the leaders in the Regional Councils, Joênia is showing that the state does have an obligation to protect indigenous communities through its public ministries, Funai, and public prosecutors. Joênia has taught trainees how to support accusations through photographs and appropriate documentation sent directly to the federal police. This training has prompted a significant increase in the number of cases brought to the fore. Citizens have brought forward 40 judicial actions, including five to the Supreme Court. Over 5 years, about 26,000 indigenous people have been directly served, with indirect impact on the entire Roraima population of 60,000 people. Common crimes perpetuated by outsiders, particularly illegal imprisonment and workers rights, are being exposed and communities actively exchange their experiences. Joênia is bringing the success stories from Roraima to the national indigenous movement, particularly focusing on ratifying indigenous lands. In 2004 at the Inter-American Human Rights Commission of the OAS, Joênia denounced the fact that it took 30 years for the Brazilian Government to ratify the Indigenous Land in Raposa Serra do Sol, an area of 1.67 mm hectares where 15,000 indigenous people live. This case has become a reference and offers a precedent for similar cases to be resolved throughout Brazil.

Joênia is the last daughter in a family belonging to the Wapichana ethnic group—a group of approximately 10,000 people living in northern Brazil and Guyana. When Joênia was seven, her parents separated and her mother took the children to Boa Vista principally in search of better educational opportunities. She always visited her father though, and remembers this time as the period in which she learned to live in two worlds. With her father, she was part of an indigenous culture, and with her mother, she learned the ways of urban life. Her mother told her children that education offers the best way to overcome discrimination and open possibilities for a better future. So in school, Joênia learned to keep her head held high, despite being the only indigenous student. She confronted issues, argued, and discussed, and was respected by her professors. During her teenage years, her values were largely shaped by an uncle who was particularly concerned about the education of the Wapichana people, and by her participation in a number of service projects directed by the Church where she worked. She was also part of the movement for land struggle. At age 16, Joênia took the university entrance exam. However, during this time, her sister died in childbirth. She was an asthmatic, and a special machine that would have saved her was unavailable at the health care center. Joênia knew that the machine was in use by a white child whose problems were not life threatening. Following her sister’s death, Joênia knew that she had to work on issues of social justice and decided to retake the entrance exam for admission to the law program, earning the fifth highest exam grade.  In 1997, Joênia graduated from law school as the first female indigenous lawyer in Brazil. She was called to work in the District Attorney’s office, and continued with Council of Roraima, where she was a volunteer. She realized that it was not enough to work at the District Attorney’s office when the problems of human rights violations plagued indigenous people. She needed to strengthen them and make them actors in the social justice process. She believed this was only possible with the transformation of the negative reality in which she lived for many years, a realization that led to her current efforts.