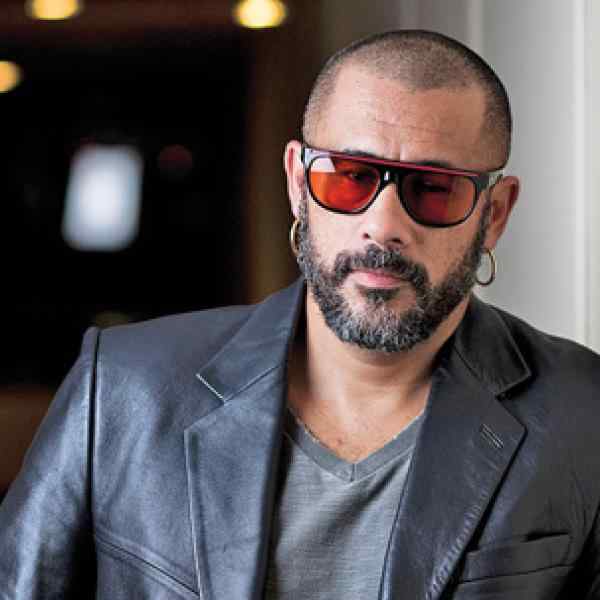 Júnior Oliveira builds self-esteem and provides alternative life prospects for favela youth by working with them to create, produce and market Afro-Brazilian youth culture. In communities where the main alternatives are unemployment and crime, Júnior is tapping a rich vein of cultural creativity and in so doing he is building the economic basis for a favela youth cultural movement. Unlike others working from the perspective of affirming Afro-Brazilian culture, Júnior counters &quot;social apartheid&quot; through courses, publications and cultural events that integrate youth from the favelas with middle-class kids in ways that affirm favela youth. Favela youth, for example, teach courses in martial arts to middle-class kids. His popular monthly publication, Afro Reggae Newsletter-12,000 copies are distributed in eight states in Brazil and nine countries around the world-celebrates youth manifestations of Afro-Brazilian culture to a middle-class audience. His weekly two-hour radio show (in partnership with the University of Rio de Janeiro), on the other hand, speaks directly to favela youth.
In the favelas, Júnior has created two &quot;community culture nuclei&quot; as centers for offering courses and sharing information (in citizenship, Afro-Brazilian culture, theater, martial arts, dance, community health and HIV prevention) and that serve as home base for the creation of music and dance companies, the Afro Reggae Newsletter and the production of community cultural events such as reggae music festivals. He is now expanding into television production in partnership with a private television studio.
All these activities provide favela youth with skills and a positive alternative livelihood while attracting wider commercial media attention. Júnior knows that the commercial media attention brings the partners who can strengthen the resource base of the project. For example, the world-famed Cirque de Soleil has offered to train three youth from Júnior&#39;s dance troupe as part of their next Rio tour.
Júnior is now building a communications and media company that can provide continuing training and employment for the favela youth, publicize the work of the project and generate profits to be reinvested in training activities and for geographic expansion.

More than half of Rio de Janeiro&#39;s youth population is black, comes from low-income families and lives in favelas or in poorer neighborhoods on the periphery. Many of these young people are obliged to abandon school to enter the labor market, where their options are limited not only by racial discrimination, but also by their low level of educational attainment. In addition, the labor market is increasingly restrictive and selective, which constitutes an additional incentive for young people from favelas to enter the lucrative and violent world of crime. The dilemmas facing poor urban youth are exemplified by the music industry. Rio de Janeiro, in particular, is a major international exporter of music, most of it originating from Afro-Brazilian culture. Yet the lion&#39;s share of the benefits accruing from musical productions goes to the owners of the tourist industry and the recording companies. On the other hand, as new generations of popular music emerge-such as today&#39;s funk and rap music-they quickly fall under the control of organized crime. There is precious little middle ground in which black culture seeds can sprout, take root, grow and spread while remaining in the youthful hands of its creators.
In order to generate the marketable value that creates sustainable positive livelihoods for favela youth, one must address the negative consequences of ghetto life. One has to instill in the youth self-esteem and moral purpose. One must convey a vision of their unique value in Brazilian society.

Júnior understands that the one thing the favelas have that the world wants is its vibrant culture of music, dance and stories. His strategy is to produce and market favela youth culture in such a way that it provides ever-growing numbers of favela youth with a positive way out of poverty. The execution of this strategy has involved many original elements and reflects Júnior&#39;s extraordinarily abilities as an entrepreneur. The precipitating event was in 1992, when Júnior took the initiative to organize a daylong music and dancing event featuring Afro Reggae music. The event turned into a giant success, landing Júnior with a considerable cash profit. He invested this in forming a youth group to undertake cultural activities. They started by producing the Afro Reggae Newsletter, starting a band and running classes in martial arts and drama. The immediate results were extraordinary, with the magazine tripling its circulation every issue for the first year and, after three years, reaching a circulation of 12,000 through most of Brazil and in nine countries around the world. The band and classes also proved highly popular and the project, dubbed the Afro Reggae Cultural Group, had to increase the number of courses several times.
One strategic element in these activities is that they include both favela kids and middle-class kids. Júnior believes that social integration in a way that affirms black culture is a key to full citizenship and true self-esteem. The magazine is aimed primarily at a middle-class audience eager to learn about (and imitate) black culture. The classes in capoeira &quot;martial dance,&quot; dance, percussion and singing are taught by favela kids and include middle-class kids-an activity that reverses the usual status and authority patterns.
Júnior is constantly looking for more ways to communicate the culture his kids are producing. In addition to the magazine, he has developed, in partnership with Rio de Janeiro State University, the first radio program for the favelas community. The weekly show, called &quot;Drumbeat,&quot; reflects Afro-Brazilian cultural values through music and lively commentary and hosts discussions on important topics like health and citizenship. He is also expanding into television production with a private television station.
Júnior is a master at working the commercial media. He always ensures that important events of the Afro Reggae Cultural Group are covered by print, radio and television media. He frequently does radio and television interviews, where he never misses the opportunity to not only promote the project, but plug his sponsors as well. In a 1996 nationally broadcast television interview, for example, he was wearing a cap with the logo of one of his corporate patrons and a silk-screen T-shirt produced and sold by his kids with another. His articulate expression of gratitude to these companies for supporting favela youth turned what could have been a rather embarrassing spectacle of corporate branding into a moving demonstration of ways in which companies give something back with a portion of their profits.
In addition to seeking corporate &quot;endorsements&quot; and selling advertising in the magazine, the Group continues to organize major cultural events to generate revenue and keep its profile high. Júnior is able to attract top artists to these events who must not only perform for much reduced fees but also must use the occasion to speak out against violence and drugs. Júnior is unyielding on this point, and those artists unwilling to take a public stand against the drug and crime lords do not perform at his events.
One of the keys to Júnior&#39;s success is his commitment to quality-his culture products are absolutely top class-and his adherence to the core principles that guide his work. Cirque de Soleil discovered this when they approached him with an offer to train three dancers from the Group during their Rio tour. When it became clear that Cirque intended to provide the training in central Rio rather than in the favela, as Júnior proposed, he broke off the negotiations. When it became clear why Júnior felt it was such an important symbol for Cirque to come to the favela, the Cirque manager relented.
The principal vehicles for the Group are what Júnior calls community culture nuclei. These are physical centers for youth in the favela, of which the Group has now set up two-in the Vigário Geral and Cantagalo favelas-by purchasing houses. To afford to buy more properties for centers, the youth are selling &quot;square meters&quot; for $80 each: pay $80 and you get your name on the plaque saying you donated a square meter of the house. The community culture nuclei offer workshops in capoeira, percussion, football, theater, singing, as well as providing medical and psychological care, school reinforcement and a place for band practice and to simply hang out.
Looking ahead, Júnior is pursuing two lines of development. On the one hand, he is steadily consolidating what has the makings of a highly profitable multimedia communications and production company. On the other hand, he is investing those profits in favela youth development through the spread of community culture nuclei. Taken together, he has created a virtuous cycle of economic and cultural production as a direct alternative to crime, drugs and despair.

Júnior comes from a middle-class family that fell on bad times, and he grew up in the poor neighborhoods of downtown Rio de Janeiro, near the Central Train Station and the Estácio and Catumbi favelas. As a child he delivered newspapers and later worked making deliveries by motorcycle and drove a taxi. Since he worked all hours of the day and night, he met and learned to understand many of those rejected by society: alcoholics, drug addicts, homosexuals, prostitutes and other &quot;marginals.&quot; There was a whole world submerged beneath accepted social reality and ignored by it: police extortion, perverted night watchmen and upper class executives cruising for sex on the deserted streets of the early morning hours. It was common for Júnior to witness shoot-outs and robberies. The &quot;thing to do&quot; was to rob and use drugs. For a young black Brazilian from a poor background, one of the few alternatives to what he refers to as this &quot;career in crime&quot; was to deliver newspapers. Two people had a decisive influence on Júnior&#39;s life. The first was his boxing coach, who let him train for free. &quot;He wasn&#39;t just training us to fight in the ring,&quot; says Júnior, &quot;he was preparing us to fight for life and to live as men with ideals.&quot; One day Júnior showed up early for training and the coach told him about his dream of setting up boxing rings in various poor neighborhoods of the city.
The other strong influence on Júnior was his older sister&#39;s boyfriend, who advised him to get training in theatrical arts. Júnior enrolled in the highly respected Martins Peña Theater School, where he studied stage lighting: &quot;And to think I used to be afraid of heights!&quot; he remembers.
His entrepreneurial flair was always evident. With his bit of theater training he began to make money on evenings and weekends performing in animal costumes at weddings, christenings and other festive gatherings.
He also used this formal training to organize plays, festivals and shows, gaining more and more experience working with youth, especially poor black teenagers involved in the funk scene. He led the group that organized the First Rasta Reggae Dancing day, considered the main Afro Brazilian cultural event of 1992. With the profits from that event, he founded Afro Reggae Cultural Group and devoted himself full-time to favela youth development and the promotion of Afro Brazilian culture.