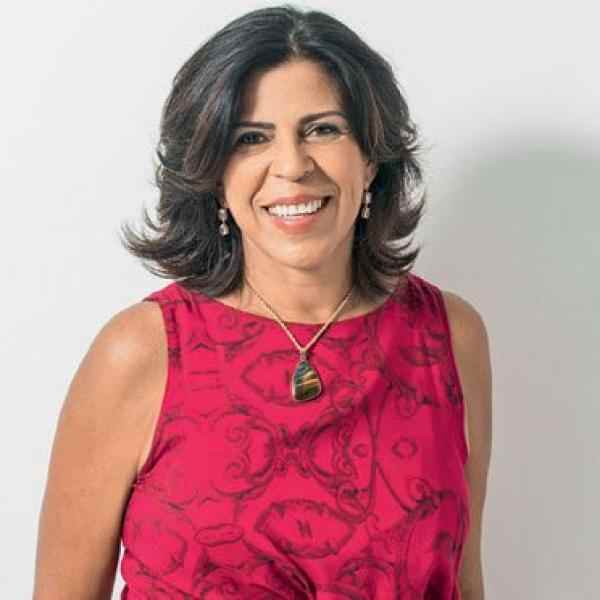 Iraê Cardoso is leading an effort to have states in Brazil recognize the hearing impaired as a cultural and linguistic minority with the same rights as other minority groups.

Iraê Cardoso understands that if people with impaired hearing are to escape isolation and illiteracy, they have to take control of their own destinies, including their rights as citizens. To this end, Iraê has created the Deafness Reference and Training Center. The organization&#39;s mission is to work with state governments to ensure on going state resources for training in sign language, teachers for the hearing impaired, leadership and job training skills for the hearing impaired, and public education (especially education of employers) about deaf culture. Iraê has already made Alagoas State the forefront of this issue in Brazil and neighboring states have begun replicating her idea. Iraê is using the Deafness Reference and Training Center to fight for full citizenship and human rights for deaf people at all levels, from the state to the home.

A critical part of a human being&#39;s ability to interpret and navigate the world we live in is linked to language acquisition and the ability to communicate with each other. The World Health Organization estimates that four million Brazilians are deaf, and that 95 percent of deaf Brazilians are illiterate. Even if they manage to make it to school, few learn to read and write. When Iraê began working in the state of Alagoas, which has the highest rate of illiteracy of any state in Brazil, she found that most deaf school children could neither read nor write. Those that entered school often dropped out within a few years because they could not understand what the teacher was saying and could not associate the written word with visual concepts, a particularly important element in early childhood learning and language acquisition. Directly related to this, less than 1 percent of deaf people in Alagoas had a job.Limited contact with the hearing public has other implications. Deaf people almost never voted. The few organizations for the deaf that existed were run and staffed by well-meaning parents and other citizens, but not by the deaf, and the organizations had a very limited range of activities.
Although sign language is a means to bridge the gap, the reality is that interpreters are few and far between; only one university, located in Rio de Janeiro, teaches LIBRAS, Brazilian sign language.

Iraê has targeted three separate institutions that need to work together in order to change the experience of the hearing impaired in Brazil: state government agencies, organizations whose primary clients are the deaf, and education and support services, which cut across institutional lines and directly involve local communities. In 1994, in the state of Alagoas, Iraê began by getting deaf people put on the board of the Deaf Association of Alagoas. In 1997 she succeeded in getting management of the operation transferred to a deaf person at the first meeting to which all deaf people in the state of Alagoas were invited. With this additional visibility, Iraê approached the Governor of the State about a law that would make LIBRAS an official state language. After intense lobbying, the law was adopted, making Alagoas only the second state (after Parana, a state whose economic and social structures are much more favorable) to adopt LIBRAS.
Once LIBRAS was recognized as an official language, Iraê followed this up immediately with proposals to federal institutions to support training LIBRAS interpreters for all government agencies in Alagoas. Her proposal was adopted, and is to be carried out throughout federal and state agencies across Brazil through the Institute of Social Services, with Alagoas as the first pilot project. She has also made a series of requests for interventions in the schools to bring in interpreters, as well as to overhaul the training programs for the deaf, moving them away from a traditional crafts approach to accounting and computer-related kinds of job training.
Job training through the Deafness Reference and Training Center teaches hearing-impaired people of working age not only basic job skills but how to acculturate to an employment setting: appropriate behaviors, schedules, and inter-personal relationship skills. In order to acquaint the business sector with some of the issues that the hearing impaired face, Iraê brought a group of her young adult students to a meeting of the local Business Association. The students spoke, in sign, about their desire to find employment. The potential employers present responded that they had never considered hiring deaf people but that their minds had changed.
Iraê is spreading her work through government agencies and by working with other organizations of the deaf. For example, she recently organized a campaign designed to promote a proposed law making LIBRAS an official language of Bahia.

Iraê was born in Bahia and raised by a single mother whom Iraê helped in bringing up her five younger siblings. One of her brothers was born deaf and Iraê, the oldest, grew up caring for her siblings. When she was eleven, the family moved to Rio de Janeiro. As an adolescent Iraê&#39;s talent at working with people was noticed by a group of nuns who brought her to work as a maid in their convent. The younger nuns introduced Iraê to political philosophy, encouraged her to work in the community, and promoted her leadership abilities. When Iraê finished school, she worked at a bank doing data entry. When management refused to train her as a programmer, Iraê left and sought training outside the bank. When she returned and demonstrated her new abilities she was promoted. Iraê&#39;s deaf brother, who did not attend school, pedaled his bicycle around the neighborhood to treat neighbors&#39; pets. One day, as he was riding his bike, he was hit by a car and killed.
Iraê moved to Alagoas in 1992 and began working with people with disabilities, handling the administration of existing organizations and successfully turning around one that was faced with bankruptcy before turning her full-time efforts to a comprehensive effort to improve the well-being of the deaf.