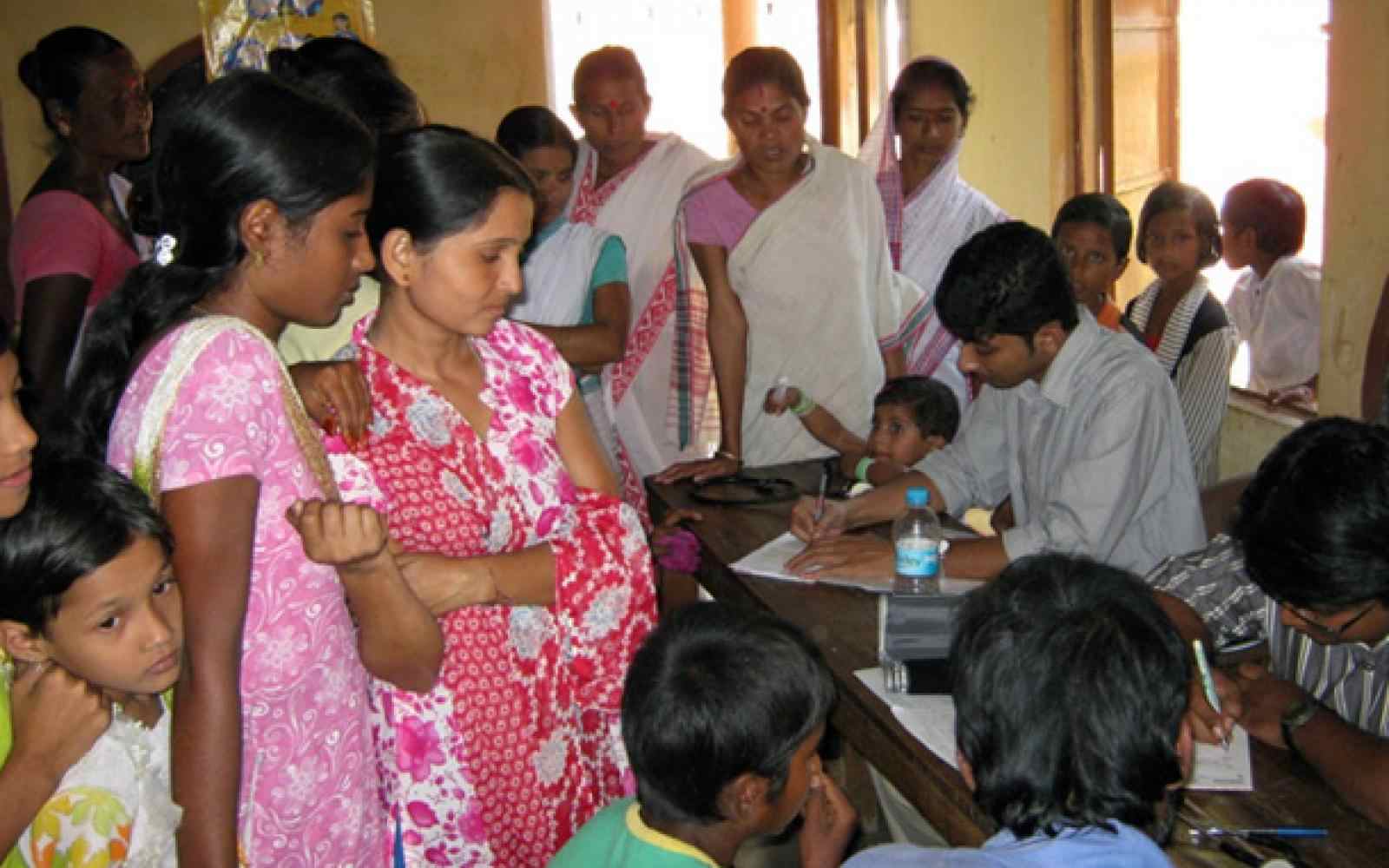 Imagine having to ask your mother-in-law before being allowed to visit a doctor for a check-up. That’s often the case in rural India, where women don’t have the autonomy to make decisions about their own health, according to Dr. Minal Singh.

“Women don’t have power in the home to make decisions, even if it means going to a local doctor for a checkup, or giving birth in a nearby clinic—they have to consult their mother-in-law or husband to do so,” Singh said. “And those cultural and social issues are the biggest hurdles in maternal health.”.

Signh is assistant vice president of health for Drishtee, a winner of the Changemakers Maternal Health Competition that has developed an innovative model of healthcare in Assam, India: for women, by women.

Singh and her team have crafted a franchise model for health that resonates with Drishtee’s earlier work to set up rural kiosks, or franchises, that provide a variety of services and goods. This new health franchise hires local women who are trained for maternal care as well as non-invasive diagnostics (such as checking glucose levels, pregnancy tests, and temperatures).

Moreover, these women, as a collective set of entrepreneurs in the Dristhtee Health Franchise, become owners of the Drishtee Health Kiosk, providing them a source of income.

Assam, a region in the east part of India is known for its teas, but also for stark levels of poverty and poor health. Drishtee is experimenting with a new business model for health that doesn’t believe in handouts. They charge for their services, even if it’s a nominal fee of 150 Rs (equivalent to $4), a price that Satyan Mishra, founder and CEO of Drishtee, believes is not only appropriate, but part of his larger vision to make the enterprise sustainable.

“The culture is against a woman when it comes to safe pregnancy,” Mishra said.  “The carrier has no importance.

“But in terms of economics, if they have the funds and the awareness of a local doctor, they will come. If you get the family there and explain to them the importance of these precautions, they will listen. It’s just a matter of time.”

In addition to housing a community of health workers, Drishtee’s health kiosks also train midwives and gynecologists that make regular visits to the community, providing routine check-ups for pregnant mothers. Couple that with discussions held by local women about maternal health, a documented record of all pregnancies in the area, and education for moms-to-be on what to expect during pregnancies and how to stay healthy and safe—and it adds up to a comprehensive but low-cost and community-based health business.

Singh, who has been at the grassroots level developing this model, points out that it’s not only a business model; the Drishtee Health Franchise empowers women by giving them a skilled profession.

“I was surprised when I learned that what made these women feel good about being part of the Drishtee wasn’t the additional income, it was the respect they received in their community,” she said.

In recent years, India’s government has taken strides to improve maternal health conditions by deploying a legion of health workers, referred to as ASHA workers (accredited social health activist), who survey rural areas and encourage women to give birth in hospitals, not at home. Under the government’s Janani Suraksha Yojana (or Motherhood Protection) scheme, families receive a sum of money for giving birth at a hospital.

Singh explained that women in Assam receive 1200 Rs (the sum varies from region to region) for going to the hospital to consult with doctors and give birth. Yet, getting there, paying for travel costs, arranging for family members to travel with them, and spending time away from work are all serious barriers for poor families.

Mishra notes that many problems occur well before delivery. “If the right nutrition is provided and the proper pre- and post-natal care is available, we can correct some of the deliveries that go wrong at the end,” he said. “In many ways, we are complimentary to what the government and ASHA workers are dong.”

The Drishtee Health Franchise program began in 2010 and has gathered steam along the way, garnering support from the global pharmaceutical company Merck. It is collaborating with Accenture on a mobile health platform for their services.

Surveys of 700 women in Assam have shown positive results for the majority of women who used Drishtee Health Franchise during their pregnancies.

Though health was not the primary focus for Mishra when he started Drishtee ten years ago, it’s certainly taken center stage now.

“We’ve learned that health is one of the key reasons why a rural community becomes unsustainable—people have to migrate, they get ill,” he said. “And within health, maternal health is a massive problem.

“But it doesn’t take too much to make an impact. So, with our vast network that’s already in rural areas, we can make a big impact—and that’s what we’re trying to do with this new model.”