Disrupting Business As Usual: Let's Make The Fashion Industry A Force For Good 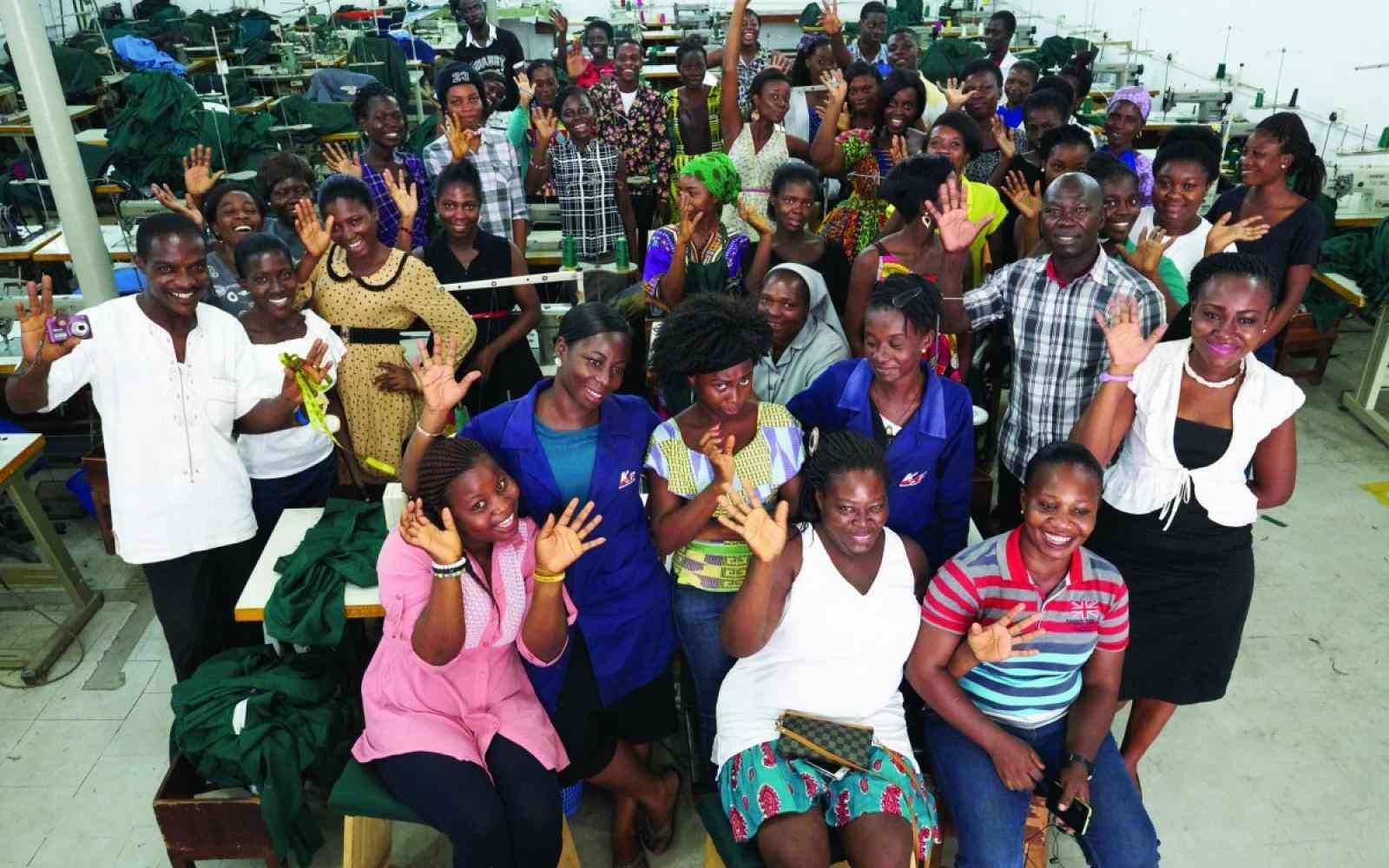 Editor’s note: Cynthia McKinney Drayton leads global partnerships at Ashoka in support of social entrepreneurs throughout the world. Before coming to Ashoka, Cynthia founded and built a children’s and ladies’ apparel business, through which she had the privilege of working with women in rural villages, helping them transfer their indigenous craft and handwork skills to create globally marketable products.

The apparel industry has a not-so-secret sustainability problem. Many people have heard about sweatshops where garment workers, predominantly women, don’t earn a living wage and work long hours in hazardous conditions. The Rana Plaza disaster—in which 1,134 people were killed when a factory collapsed in Dhaka, Bangladesh—remains a sobering reminder of these realities.

The fashion industry’s impact on society, however, extends even beyond the millions of men, women—and children—who assemble the world’s clothing. The creation of textiles—from the production of fiber to weaving, to dying—affects natural resources and communities as well. To know the true cost of a garment, we must understand the industry’s tangled and complex supply chains. We must also consider what happens to our clothing after no one wants to wear them any longer. In the U.S. alone, 14.3 million tons of textiles are discarded every year.

The good news is that a handful of influential brands are working to address these challenges. But many of the most innovative solutions are coming from social entrepreneurs. This was one of the key findings of Fabric of Change, an initiative launched by Ashoka and C&A Foundation to support and connect innovations for transforming fashion into a force for good. Through mapping the work of social entrepreneurs and launching a challenge that searched for social innovators across the globe, Fabric of Change identified powerful, fresh approaches that take on the entrenched problems facing the apparel industry. The solutions below point to emerging trends in changemaking that can give us all a reason to be optimistic about the future of fashion.

As part of the informal sector, the fashion industry is the second largest employer of women in the developing world. Many people don’t realize that a tremendous number of apparel supply chains rely on informal workers in home workshops to complete orders.

While garment factories might be held to safety and employment standards, informal working environments are not. Informal workers can lack recourse in the event of non-payment of wages, face lay-offs without notice or compensation, and often lack social protection and benefits, such as legal guarantees for minimum wages and overtime.

To address this problem, Nest’s Artisan Advancement Project, in collaboration with brands like West Elm, has developed compliance standards adapted for decentralized artisan production models. By doing so, Nest is both creating strong protections for artisan workers and unlocking more opportunities for artisans to work with sustainability-minded companies. Nest workshops with artisans have helped increase employment opportunities by 10% and increased wages to over 65% above the national average.

Africa is fast emerging as the newest hub for apparel sourcing, but the risk is that brands will migrate there in search of lower costs, and supply chains will develop the same unethical and unsustainable characteristics that already exist in other parts of the world. Despite the risk, African apparel manufacturing presents a huge opportunity to reimagine the apparel supply chain and design it from scratch with sustainability at its core.

Ethical Apparel Africa is doing just that. Their goal is to prove that ethical and cost-effective production are not mutually exclusive. They identify African-owned factories that have the potential to be models of best practices—factories that manufacture efficiently while putting their workers first. Ethical Apparel Africa partners with these factories to help them develop lean principles—like reducing waste and optimizing energy use—and to become socially and environmentally conscious, while remaining competitive. As the factories’ revenue and exports grow, they are required to reinvest in their workers, providing higher pay, access to healthcare, and education. As workers experience these benefits, absenteeism is lowered while productivity is increased. This, in turn, increases the overall efficiency of factories and creates a virtuous cycle of sustainability in the supply chain.

While awareness of fashion’s harmful footprint is increasing among consumers, how can fashion’s sustainability movement move consumers to truly act on their values? How do we bridge the intention-behavior gap when according toDan Ariely, an expert in behavioral economics, “In the same way that we often fail to act on positive intentions about dieting or exercise, we put off actions that help the environment”?

Most of us have trouble changing old habits. Social innovators, however, are focusing on nurturing the next generation of conscious consumers, who perhaps aren’t yet set in their ways.  Remake is committed to investing in millennials and uses engaging multimedia to connect consumers with the people behind their clothing. Remake’s founder, Ayesha Barenblat says, “The problem is that brands and consumers are disconnected from the human beings most impacted by their decisions. Here at Remake, we are committed to using the power of storytelling, to build a conscious consumer movement among millennials, leveraging their empathy to build the necessary human connectedness to influence the consumer and their habits during a pivotal moment in their development as human beings.”

These revolutionary technologies stand to address the fashion industry’s tremendous use of resources, as well as the massive amounts of textile waste it generates.

For example, polyester is ubiquitous in fashion, but like plastic, it is derived from petroleum and—doesn’t break down—ever. Ambercycle, however, is developing microbes that eat plastic and produce chemicals that become the building blocks for renewable polyester. This means that rather than starting with petroleum, waste plastic is the raw material, and it is 100% renewably sourced. According to Ambercycle, the resulting fabric has the same qualities as virgin polyester, it’s cheaper to produce, and it can be done at scale.

Evrnu is another company that is recapturing the value of post-consumer materials. It can take 3,625 liters of water to create one pair of jeans—not to mention the energy and land required. Rather than allowing all of these invested resources to end in a landfill or through incineration, Evrnu’s innovative upcycling technology turns cotton textile waste back into “pristine fiber” that can be used to manufacture new garments. Its processes mean that we have the potential to create cotton clothing with a minimum use of water and zero farmland. Evrnu’s breakthrough has been discovering how to strip waste cotton of dyes and other contaminants, which has been one of the biggest obstacles to recycling cotton up until now.