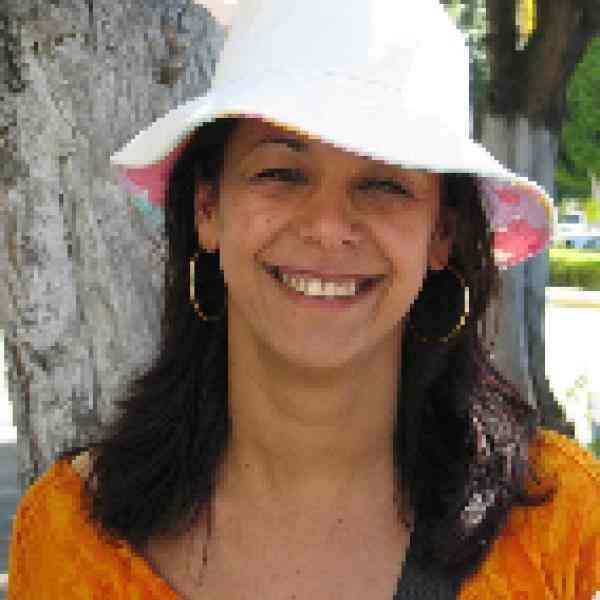 In the vast peripheries of Sao Paulo, the poor suffer human rights violations, such as police violence, every day. Valdênia Paulino defends their rights by providing them with education and access to legal mechanisms of protection. Courses on legal rights identify patterns of systematic abuse while local public hearings ensure such abuses are dealt with properly.

After 20 years of human rights work, Valdênia has developed a simple formula for defending the rights of marginalized communities: teach them their rights and give them access to the mechanisms that exist to protect them. Through the Center of Human Rights of Sapopemba (CDH) in São Paulo, she teaches communities to understand their rights and to identify widespread violations. Once these patterns have been detected, Valdênia brings the legal system directly to the communities through public hearings that force judges and other participants to recognize local realities and take action to curb rights abuses. While this community-level work is the cornerstone of Valdênia’s efforts, she has also recognized that the roots of legal apartheid reach deep throughout mainstream society. To this end, Valdênia works with university students—the future public officials. She has created programs that bring the privileged university class into low-income communities and exposes them to real human rights struggles to complement their research and university courses. Valdênia also uses the media to publicize her work, pressure officials and lawmakers to travel outside city centers, and challenge the negative stereotypes of low-income areas.

Although the 1988 Federal Constitution of Brazil guarantees basic human rights to all citizens and inhabitants, the vast majority of Brazil’s urban populations live in outlying low-income areas and lack both knowledge of their rights and access to bodies created to protect them and remedy violations. Human rights violations occur almost daily, and with no government support, victims feel isolated in their struggles. Disillusioned, most accept the violence and suffering as part of the reality of their individual lives, unaware of the widespread problems that affect the whole community.Alienated from the legal system, these citizens live in legal isolation with no access to the structures built to protect and promote their rights. After the approval of the 1988 Constitution, the Brazilian government created a system of public hearings to deal with human rights violations. These public hearings, however, take place in the courts in the city center, and thus to report any violations, the people from poor areas have to travel for hours to reach the courtroom and tell their story to a group of public officials who understand little of their lives and their plight. This individualized system prevents communities from demonstrating the widespread and systemic nature of human rights violations, and bars public officials from viewing, in a meaningful way, the difficulty of life in poor communities. Without access to these institutions, community members’ only contact with state institutions is the police force, itself a frequent perpetrator of human rights violations. In Sapopemba, the second largest slum of São Paulo with 282,000 inhabitants and 27 favelas, police officers killed more than 30 people—17 of whom had no prior criminal history or contact with the police—over a recent 4 month period. Homes are routinely invaded without proper warrants and people face regular physical and psychological violence. Those who want to report violations fear backlash from the police. Public officials have little exposure the problem. Universities and law schools in particular, the training ground for many officials, fail to introduce the issue and professors rarely direct their masters and doctoral candidates toward the urban periphery. The media only reinforce this problem by focusing on stories of violence and murder, perpetuating the stereotype of a dangerous area to be avoided at all costs. This coverage further discourages the public from discussing and recognizing the deeper roots of violence and destruction.Most human rights organizations over the last 20 years have focused on the protection of human rights of specific demographics (women, children, blacks and indigenous people), rather than concentrating more broadly on an entire community of people in a particular geography who suffer similar human rights violations. This approach has only led to greater social fragmentation as marginalized groups begin looking out only for themselves rather than trying to develop a more consolidated effort to bring about reforms for the entire community.

Valdênia believes that violations of human rights in peripheral areas can be best addressed through the joint efforts of four main actors: the community, public institutions such as the legal system and police force, university students, and the media. With the understanding that the fight for human rights in low income regions must start with those living in the communities, Valdênia created CDH. This center offers courses on the rights guaranteed by law and the mechanisms in place to implement those rights. Valdênia recruits community leaders for the course, thereby expanding its reach well beyond the 1,400 graduates over the past 5 years. The newfound knowledge of their rights helps prepare individuals for the next step: using the judicial system to make sure their rights are protected. In the past, appeals to the justice system have been unsuccessful because community members presented their problems on an individual basis in court hearings in the center of the city—away from other people who have experienced the same kind of problems. Through CDH, communities begin to recognize that their individual problems are part of broader systemic flaws. Police violence, inadequate health care, and discrimination are not individual problems but rather widespread dilemmas affecting an entire community. And real change would require collective action.Once communities began to recognize and document systemic rights violations, they wielded a collective power strong enough to force the judicial system to organize local public hearings. For the first time, people in outlying areas were being heard, without making long treks to city centers. Beyond the judges and prosecutors involved in the proceedings, other supportive public officials, university professors, CDH partner companies, and media were present. The public hearings take place on Saturdays when the most people can attend and when public spaces like schools, churches, and community centers are available. In an effort to subvert the traditional power structure of a court room, community leaders and judges are seated together around a table, surrounded by other members of the community, and discuss the issue at hand. As a graduate of São Paulo’s Catholic University law school, Valdênia understands that changing the legal system must begin with the education of future lawyers and judges. To this end, Valdênia establishes relationships between Brazilian universities and nearby low income communities. With a point of contact on the ground, students are able to interview community members for their theses and professors can conduct research that will later become part of their curriculum. The presence of university professors and students at the public hearings give them a better understanding the problems in these communities and the kinds of strategies that might bring real change. Throughout this process, the media is useful in helping pressure judges and prosecutors to travel outside of cities to hold these hearings. After the first round of hearings, the media began disseminating stories about the actions of the community to improve their situations. This positive coverage is a first step in breaking down the stereotype of a violent underclass.In two years, five public hearings have taken place with approximately 700 attendees: three about public safety, one about education, health, employment, housing and culture, and the latest was held with Amnesty International about police brutality. As a result, numerous police officers have been reassigned and the police department has started changing its assignment process, sending higher quality police officers into urban areas outside the city. New education and health services projects are also under way. Due to the success of the process in Sapopemba, Valdênia has expanded her work to three more regions in São Paulo (Jardim Pantanal, Coruja, and Parque Novo Mundo) and the city of Diadema. Valdênia is broadening her partnership with universities, as well as working with the Association for Center of Defense of Children and Adolescents and other networks to spread her methodology across Brazil. Currently four more states are set to hold their first public hearings in favelas and poor regions: Rio de Janeiro, Paraíba, Ceará and Maranhão.

The child of an indigenous father and a black mother, Valdênia was raised with a strong sense of community. Growing up in the region of Sapopemba, she was greatly affected by the hunger, violence and poverty, as well as gender, ethnic and class discrimination that surrounded her throughout her childhood. From an early age, Valdênia questioned why the social system was designed in a way that it benefited few and put everyone else, especially the lower classes, at a disadvantage. She witnessed the lack of education, healthcare, public security and constant violence that were part of living on the urban periphery. From her studies at the Catholic Private School, Valdênia was further disillusioned by the realization that the law entitled her and her community to all the things they lacked, but it was not enforced. At the age of 14, she decided to dedicate her life to fighting for the rights and development for all marginalized people ignored by the state and the public at large. She began her work by teaching literacy classes to young children and adults in the community on the weekends. In 1987, Valdênia met young girls who left their communities looking for a better life in the center but had ended up penniless and turned to prostitution as a means for survival. The girls were completely alone—they could not turn to the church for help because of moral condemnation, they could not go back home because of the shame they felt and the judgment of their family. Valdênia realized that unless they had a place to transition from a life of prostitution where they could figure things out, their chances for getting off the street were very low. She started bringing some of the girls to her home to help them figure out other options. She talked with a priest at her school and convinced him to let her use one of the church’s houses as a transition house for the girls to get their lives together and gain the skills that would help them find employment. At the age of 17, Valdênia moved out of her house and into the House for Girls where she lived until 1992. She lived and worked with 92 girls, many of whom arrived at the house infected with HIV and Aids and no access to basic healthcare. During this time, Valdênia learned a lot about the social exclusion of the lower class in Brazil and specifically São Paulo; many did not understand of their rights, and had no lawyers to defend or champion their cases. With this insight, Valdênia decided to attend law school so that she could more effectively help her community to exercise their rights and utilize the legal system. After graduation, Valdênia created the Center for the Defense of Children and Adolescents (CEDECA) in Sapopemba, to promote and defend the rights of children and adolescents. Today she has a network of 35 CEDECA in Brazil that work together through the National Association of Centers of Defense.After the consolidation of the Association, CEDECA began receiving a range of requests to address other cases of human rights violations that did not involve children or adolescents. Valdênia realized that she had to expand her focus and in 2001 created the Center of Human Rights in Sapopemba. She continues to help with the coordination of the CEDECA’s network, while serving on the Commission of Human Rights of São Paulo and as Assistant Professor at PUC, teaching courses on Human Rights. For her work with the Center of Defense, Valdênia was presented the title of “Citizen” from the City of São Paulo, as well as the Frans de Castro Prize, the National Human Rights award by the National Secretary of Human Rights, and the Santo Dias award for Human Rights by the Legislative Assembly.