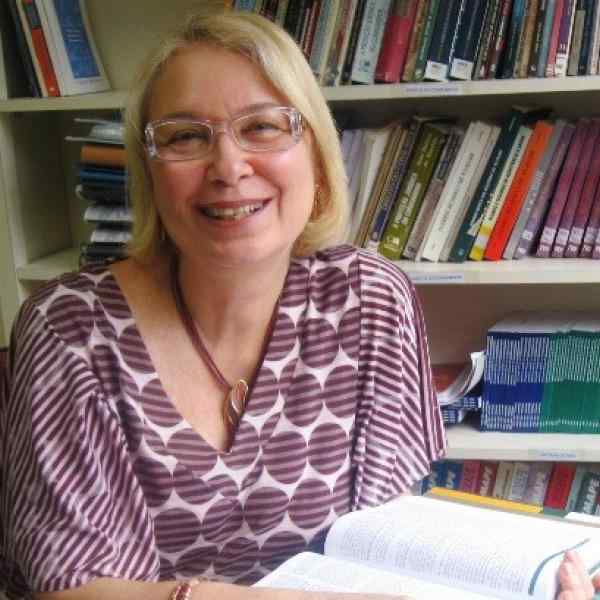 Rosana Grinberg has been developing an effective way to contact, inform, and empower excluded people in Recife, making them aware of their rights and explaining current government programs and services for consumer defense and promotion of civil rights.

Rosana has created her program based on the observation that less privileged social classes are unaware of their rights and do not feel secure in fighting for them. The Brazilian poor are largely unaware of governmental programs and services for consumer defense like the public defender's office, public attorney's offices for consumer defense, public consumer protection department, and others. Rosana works with the passive and powerless through legal education, allowing them to decide how to assert their rights in an active and participatory manner. Along with the qualitative change in the capacity of consumers&#150;moving individuals from inertia to action&#150;the program's secondary intention is to restrain litigation.

Recife, in the state of Pernambuco, is one of the poorest capitals in Brazil. It has more than 1.4 million inhabitants, according to the 2000 demographic census by IBGE (Brazilian Geography and Statistics Institute). Eighty percent of the population is from the lower middle class or lower class. Literacy is very low, especially in rural regions of the state.

High illiteracy leads one to believe that there is high "legal illiteracy"; that is, ignorance of civic and consumer rights in the region. First-hand experience has shown that this is, in fact, the case. This ignorance leads to the manipulation and forced passivity of the poor; individuals cannot advocate for rights they do not know they have, especially when lacking the skills necessary to find such things out.

In March 2003, Rosana and her organization, ADECON, created the Direito do Consumidor nas Ruas (Consumers Rights on the Streets Project) to educate citizens about their rights. The strategy was to maintain a booth on the Praça do Diário, a busy square in downtown Recife, every Friday of that month. Some who came to the booth did so by chance, others were drawn by media publicity. According to a survey, around 1,000 people in total attended over the course of the month.

In the same month, the project visited the three biggest shopping centers in the city every Wednesday, serving over 100 people each day. These people had their questions answered and received orientation and instructions regarding how to resolve their issues. In addition, the Direito do Consumidor nas Ruas carried out an educational inspection of all the stores in order to provide proper and public information to consumers, store employees, and owners regarding consumer rights and legal standards. Following this pilot project, Rosana decided to expand its activities to the city streets, training new students to become attendants in the city.

In the short term, Rosana plans to go to other regions of Recife and then to other communities in the cities of Olinda, Paulista, and Jaboatão dos Guararapes. The project will eventually reach the Arid Region (Sertão). The methodology can be easily replicated in any part of Brazil. In order to broaden her work, Rosana and a group of four volunteer lawyers who are members of ADECON's Board have been training a group of nine university students to collectively provide services to the public and to expand their work to another 12 neighborhoods. ADECON sees this work as a broader fulfillment of its mission, extending services beyond its members and bringing the institution into closer contact with society at large.

The project will visit each community where it expands at least twice each month and will mediate residents' associations, schools, and churches. The first visit will be a presentation of educational material; the following visits will consist of individual or group sessions on matters of interest to the community. Although the success of the project will be indicated by the qualitative changes achieved, it should be noted that it will reach a minimum 500 people every six months, in four communities.

ADECON has already developed partnerships with the Federal University of Pernambuco for research, with Procon Recife (Municipal) and with FIR-Faculdade Integrada do Recife (Integrated Recife's School), through Projeto Agente da Cidadania (Citizenship Agent Project). During the expansion phase of this project, partnerships will be established with primary, secondary, and high schools, as well as law schools, neighborhood associations, and public and private institutions committed to defending citizen and consumer rights.

Another important achievement is related to the media. ADECON currently has two opportunities for exposure in the local press. The first is Globo Network's "Jornal NE TV" (first edition), on which ADECON's Legal Director, Dr. Raimundo Gomes de Barros, answers questions from viewers. This program results in approximately 100 emails a week, answered by board members. The second opportunity is a weekly column with wide visibility, on JC Online (of Jornal do Commercio), written by Rosana and titled "Na Mira do Consumidor" (In the Consumer's Sights).

Over the past four years, ADECON has served around 5,000 people through personal contact, emails, and phone calls. Other individuals have benefitted from the 43 collective lawsuits and 18 individual ones put forward by ADECON.

The daughter of a Russian mother and a Romanian father, Rosana was born in Recife. Her father, a doctor dedicated to children and public health, made her aware of social injustice and encouraged her to undertake social activities.

She has a degree from the Law School of the Federal University of Pernambuco, along with a certificate course in Labor Law and Obligations and Contracts Law with a specialization in Consumer Rights. Early in her career, she became a public attorney, part of the first group of women allowed to enter the profession. She allowed any member of the public to come to her office, listening to the many issues raised by citizens. Many of these issues were resolved without the need for lawsuits. At a certain point, Rosana felt she needed greater engagement with ordinary people and became convinced that her place was working directly with the public.

At the Public Attorney's Office for Consumer Rights, she continued to develop her devotion to social work, but within the limits imposed by the institution. She came to feel that these limits restricted her ability to help all citizens as much as she would have liked. She retired from this office and implemented and ran the Public Defender's Office of the State.

She then created the Consumer and Elderly Defender's Office, also organizing a large cultural event in the city of Serra Talhada, in the arid region of Pernambuco. Eventually, she was placed in a position where pressure was being pressured to abandon a lawsuit she felt was in the best interests of the public in exchange for financial benefits for the State and the Defender's Office. She promptly resigned from her position.

These experiences convinced her to found ADECON, to advocate directly for the interests of the poor and marginalized.