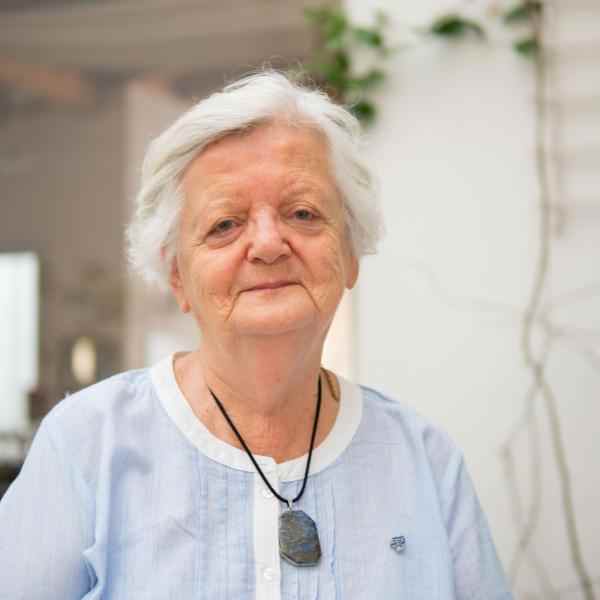 Güney Haştemoğlu established an entirely new field and built capacity of others for crucial interventions that previously did not exist for one of Turkey’s most disadvantaged groups: children and youth in the justice system.

In 25 years, she made these invisible, bottom-of-the-pyramid citizens visible; weaved a safety net of organizations and procedures, built the first ever crime prevention and empowerment tools for potential and existing children and youth in justice system. Today, Güney and the Youth Re-Autonomy Foundation of Turkey’s (TCYOV) work continues to lead the field in Turkey and influences other countries in the region.

Güney was the first person in Turkey to identify children and youth in the justice system as a target group and their invisibility and vulnerability as a social problem as she was interacting with the justice system as a young lawyer in 1980s. Her awareness became the driving force of her life and a movement that spans across sectors and borders in the 30 years that followed. Güney established Youth Re-Autonomy Foundation of Turkey (TCYOV), the leading civil society organization working across Turkey, where she piloted the first legal support, institution monitoring, rehabilitation and crime prevention models in the country.

All of these pilots were adopted by the government, which led to the establishment of much needed new units and systems within government institutions. TCYOV also influenced civil society and academia, leading to the establishment of other more specialized NGOs and academics working on the juvenile justice system. Their work also opened up an entirely new field, drawing attention to not only prisons, but all sorts of closed institutions, such as mental health hospitals and orphanages, where staff and volunteers of TCYOV went to become leaders in those fields.

Today, the Foundation continues to deliver state-of-the-art models in the field, while also acting as a critical consultant to the government and a companion to experts from various areas to think, work, and create value together for children and youth in the justice system. The Foundation regularly hosts social workers from countries which need support for their Turkish immigrant integration programs targeting youth at risk, while also working closely with Human Rights Higher Council, UNICEF, and many other international NGOs in the field.

In the period from late 1980s to early 1990s, when Güney spotted children and youth in the justice system as a target group, they were invisible to the point that there was no data on their numbers or status and the entire government institutions had only one fulltime staff responsible for children and youth in the justice system across the country. Being invisible came hand in hand with a total disregard for the special needs of this group and a total lack of any monitoring or support mechanisms for their life in or after the system, not to mention any prevention work for youth at risk. No funding or research was available to make the lives of these people better; and all support was limited to a few pieces of clothes shipped to jails by few charitable organizations.

Today, according to reports of national NGOs working on justice system, 120,000 children are exposed to justice system every year in Turkey. This exposure involves encounters with police and police stations. 10% of these children make their way to courts. Most of the children and youth are coming from disadvantaged populations, sometimes as children of convicted or arrested parents. Currently, there are 2,491 children between the ages of 12 – 17 in Turkey’s jails. Another group of children in jails are the children of arrested women who sometimes start and spend up to first 6 years of their lives in jail because of their mother’s penalty.

Thanks to the efforts of Güney and TYCOV, there exists data, policies, institutions and international standards that are acting as a safety net for this very vulnerable group. As a result, the challenges now remain not so much in building an infrastructure, but rather in increasing its capacity and efficiency. Today, many governmental and non-governmental organizations are getting involved in supporting children and youth in justice system and/or at risk, focusing their efforts not only during, but also before and after exposure to the system, aiming to decrease the high recidivism rates of 66%. Migrant refugee children and youth from Syria, numbering 1.2 million, are also benefiting from this infrastructure and these efforts as a high-risk group.

Being the first ever non-governmental organization working on juvenile delinquency in Turkey, Güney and TCYOV set their strategy along three pillars: 1) piloting and mainstreaming model practices and services; 2) soft power and constructive dialogue with public institutions, no matter how prone they are to violence, abuse, and bribery; and 3) pulling in previously disconnected parties to build a stronger coalition and network around the issue. In doing so, they not only formed an entirely new field, but they also built capacity and set a blueprint for others to pick up other issues in closed systems and institutions.

In making sure the availability of legal, social and psychological support for children and youth that are awaiting trial or in prisons, TYCOV operates a Youth Center where they provide violence-free, rehabilitative spaces and programs for children who are at risk of being involved in a crime or who are released from prisons. Support provided includes access to formal education, vocational training, human rights education and psycho-social support after release from prison.

Much of this work has been adopted by the government, resulting in the specialized coordination unit of Children Oversight, the Training and Rehabilitation Unit under the Ministry of Justice which is composed of social services and other experts and the network of lawyers working for children in juvenile system. Today, TYCOV plays a role with the government institutions by acting as a benchmark and expert with its services that are smaller in scale yet higher in quality. In addition, they have achieved a tradition of constructive dialogue in the policy making processes as they have been working together since their establishment.

Last but not the least, they keep pioneering in the field by supporting new actors in the area, supplying qualitative data for research, TCYOV’s effort to involve different experts and organizations in working with children in justice system led the way to all academic literature on the issue in Turkey. Nationwide NGOs working with local volunteer communities were inspired to start programs for this disadvantaged group in their areas shape policies regarding children and youth at risk and in justice system.

The result of Güney’s and TYCOV’s dedication and strategy is a multitude of actors from government, civil society and academia not only seeing but also actively working towards a better juvenile system in Turkey. To this day, every child or young person in justice system in Turkey have benefited from TCYOV's activities, tools, and interventions either directly by joining their programs in jails and/or after release or indirectly by benefiting from activities and programs of partner organizations.

Güney’s earliest memories include being mocked for acting as the “lawyer” of her friends who faced injustices at school. Her strong reaction to injustices she saw around her growing up led her to pursue a law career at a time when schooling was seen as a luxury for young women, let alone an education in Law. Drawing strength from her academic and professional success as a woman, and convinced civil society can make a big difference in bringing Turkish society forward, she established several civil society organizations aiming to bring together women who had benefited from an education and profession to empower disadvantaged women and children in the society.

Yet, as part of her profession as a lawyer, she was also witnessing the state of women and children in the strictly closed environment of the Turkish justice and penal system, who were much worse off than those in the society. By gathering a group of lawyer friends she established TYCOV and established the first services, institutions and policies to benefit children and youth as risk and / or in the juvenile system.

Güney dedicated her life to this field and today, at the age of 84 she continues to mentor and consult social entrepreneurs, including Ashoka fellows, from all walks of life on how to create impact in challenging environments, on maximizing the credibility of civic organizations, and on how to work with public institutions to transform policies and implementation of those policies in an impactful way.