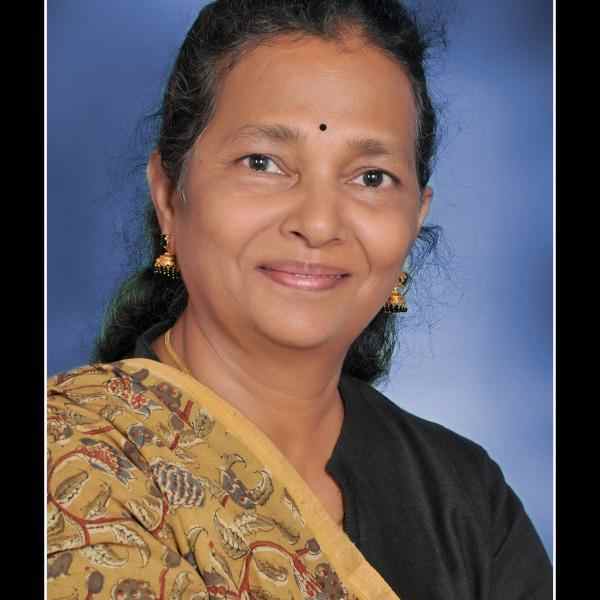 Dr. Beena is capacitating the Indian prison system to sustainably reduce recidivism and crime rates at a historical pace. Having institutionalized Unnati in all major prisons (over 11) of one state, Dr. Beena has brought down their recidivism rates from 80% to 1% and is now receiving formal invitations to institutionalize her intervention, from prison departments of other states.

Dr. Beena analyses crime from her expert lens of cognitive psychology, allowing her to define the committing of crime as a mere erroneous response to external triggers or stimuli. This definition is markedly different from the common narrative of seeing crime as an act indistinguishably associated with an individual’s morality or persona. She understands that the error can be eliminated from the response if the person responding, has the tools to check and control his/her responses for errors (specifically in answer to now, familiar triggers). Forming the base of her work, this analysis distinguishes it from the historically attempted reformative or rehabilitative interventions trying to change or heal prisoners and criminals.

Upon developing a set of practices that prisoners can adopt to be able check and control their responses, Dr. Beena began using the prison system’s custodial setup to institutionalize the teaching of these practices. An impenetrable system that houses hundreds-of-thousands of prisoners with first-hand experience at committing crime, she finds this system and its inmates best equipped to be the faculty that can effectively plant her principles and practices in the sector. She identifies, through extensive psychological profiling, prisoners that fit her criteria of having the prowess to spearhead Unnati in each jail and has them undergo training to teach other prisoners these practices. Currently her core faculty constitutes of prisoners serving life sentences, because of their access to a larger number of prisoners, owing to their longer terms inside. Her faculty while capacitating their students with these skills, also creates an environment within jail for them to hone the efficacy of these skills, before they test its efficiency in the outside world.

Dr. Beena is redefining the roles of these prisoners from being the burdens and scum of the prison-system, to being the team of experts that bring the principles of cognitive psychology into the prison sector to solve its most complex problem. She is legitimizing this new role in multiple ways, by having her prisoners train jail officials at the Correctional Services Academy and by setting up a distance learning MSc. Psychology degree within jails for these prisoners, for example.

There are over 1400 prisons in all of India, with 419623 prisoners. The Indian Prison System is divided into multiple prison departments, controlled by the states of India. There are no federally controlled prisons, so each state prison department has its own maximum security prisons, housing tens-of-thousands of prisoners. These large prisons house most the prison population in India, including offenders that serve shorter sentences between 3 months to 3 years and offenders serving longer-term sentences of 15-20 years (a life-sentence in India is typically for this longer length and not ‘for life’).

These prisoners have been consistently facing inhumane conditions at the hands of an overpopulated prison system, averaging over a 1100 recorded complaints from the National Human Rights Commission and States Human Rights Commissions, in a single year. Death rates amongst inmates, natural and unnatural, have been increasing over the years - with a questionable average (irregular records) of 12000 in five years - because of the negligence towards inmates, overcrowded, inhumane living conditions and the lack of hygiene that come with overpopulated (117%) prisons. Recidivism rates have been increasing with the rates for some individual states last seen at over 74% of the prisons population. Most of the prisoners today and historically, have been people that committed crime arguably because of the marginalized societal conditions that led them to it. Over 70% of the prison population come from OBC (other backward caste) and SC/ST (scheduled caste and scheduled tribe) sects and over 75% have only received an educated below the 10th grade or are completely illiterate.

The prison system has arguably been able to (in few cases) look beyond the stigma associated with being a criminal and has recognized that external triggers are largely the cause for crime. However, it still, at best, has only attempted to manipulate large external situations like impoverished life conditions, by providing financial support for example.

The historical ineffectiveness at handling crime rates and recidivism rates is enclosed within the impenetrable prison system. While the National (and States) Human Rights Council occasionally try influencing prison affairs, the system remains one that is shut away from the influence of other sectors and industries. Each State’s ministry controls its own prison department, however the department’s head, the Director General of Prisons (DG) is an Indian Police Services officer appointed by the Central Government (this individual’s next assignment can be any executive branch role). This individual holds maximum power in any State’s prison department, to interpret and execute, even influence state policy.

Dr. Beena targets this lynchpin as her entry point to the prison system. She aligns Unnati’s outcomes with the DG’s goals for his/her term in the State’s prison department and ensures that Unnati’s institutionalization brings the DG national acclaim. Her engineering has ensured that Unnati isn’t an external program, but one with a legal framework under the State Prison Department and mostly funded by them too. Her staggering demonstration in just over two years in Telangana cemented her partnership with the DG of Telangana, who then paved the way for DGs from other states to begin approaching her. The DG has invited her to speak at national DG meets and promised federal support from any posting he next gets assigned to.

The common perception that controlling external triggers and healing prisoners will prevent crime has remained the driving force behind prison policy and programs. Through working with the prison head, Dr. Beena begins to execute her work in one or two major prisons of a State. She identifies prisoners serving life-sentences within each jail to be her core team, based on two criteria. The longer time they are to spend within custodial setups allowing them to train more number of prisoners and the effectiveness with which they can teach these practices owing to their own first-hand experiences with crime. From this pool, she picks the early adopters of her idea and has them undergo extensive psychological profiling (to eliminate those with psychopathic tendencies and to assess their ability to teach other prisoners). They then undergo training to become her faculty or her core team within each prison.

Based on patterns of external societal triggers (alcoholism or marginalized living conditions, for example) and patterns of erroneous responses (petty crime for want of money, for example), Dr. Beena developed a set of critical practices that prisoners could apply and shapes them into training modules. Her faculty brings in their first-hand experience with crime, to tweak and impart these modules to prisoners in three-week workshops. These workshops enable prisoners to do three things. First, they effectively recognize external triggers that commonly bring the errors into their reactions. One prisoner convicted for murder, for example, recognized exact triggers (human behaviors) that caused severe anger flares in him. Second, they effectively circumvent the triggers and modify the common reaction to those triggers, to react without the error. The prisoner mentioned earlier, developed a set of practices that he would apply every time he knew he was in a situation where his anger could flare. Upon his release, his parole officer treated him in a manner that would have caused this flare. By recognizing that this was a volatile situation beforehand, this ex-prisoner ensured he was applying techniques that would keep him in increased control of his reactions. In time, he earned the respect of his parole officer who then became a friend and supporter. Third, they teach these practices and skills to other prisoners or criminals, or help create the environment for them to hone these skills in the safe enclosure that jail becomes. Prisons at this point, also become labs headed by her faculty, to test the efficacy of these skills before their efficiency is tested in the outside world. The prisoner discussed earlier, was subjected to simulative situations that tested his anger-management while still in prison and was taught specific techniques that allowed him to control them.

Dr. Beena’s faculty now assists her in identifying the next cohort of prisoners that could join her team, as some of these prisoners become the team that is transferred between prisons to build sustaining faculties in each prison.

Dr. Beena is a pioneer and expert in the fields of cognitive psychologist, personality types studied in the historical and cultural Indian context and applied behavior modification. Her work over the years, has been in the identification of triggers, responses and patterns of errors and the correction of such patterns through behavior modification.

Garnering acclaim for being the national expert on this subject, she has taken these principles to multiple public and private sector fields either only marginally associated with psychology or completely unassociated. Her work has principally adopted a three-pronged approach while penetrating any field. First, she sets up a demonstration team and capacitates them to display exemplar results. She also enables them to be the spearheading team that takes these practices and principles to the larger field. A notable example, is her work with the International Space Research Organization (ISRO). She analyzed the error and behavior patterns of a team working on Satellite and GPS systems and capacitated the team with the practices she developed for them. Upon the adoption of these practices, their error rates plummeted saving them crores of rupees and encouraged the team to share their practices with the larger institution. Second, she builds networks across universities and sectors – targeted individuals that she converts, they become her strategically placed faculty. For example, she integrated an assessment from this lens into the Central Government’s recruitment of senior officers in the Banking sector, investigation sector etc.

The third and currently most relevant prong, is her key to scaling Unnati. She is connecting her two-year-old Unnati faculty from one State’s prison sector, to strategic networks across the spectrum of other relevant fields. ISRO, now an ally of her work, partially funds Unnati work, she is targeting graduate students of psychology and social workers to set the foundations for Unnati in other states, while also working with converted government officials of other states to penetrate the state departments of those states.