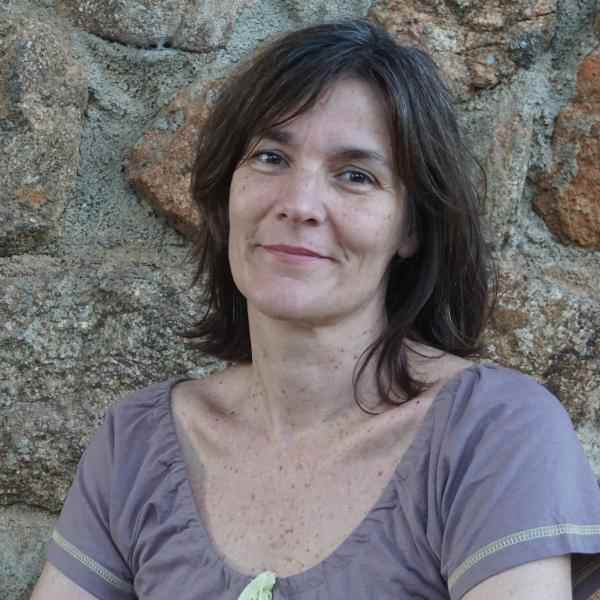 Modern agricultural policy and the heavy subsidization of industrial farms in Europe have stripped farmers of their political and economic influence, creating an overall state of listlessness in rural Spain and driving many to abandon the profession altogether. In response, Beatriz Fadón Junyent is helping traditional farmers transition to eco-farming to revitalize the industry and improve environmental sustainability.

Beatriz is counteracting the overwhelming intervention of government agencies on agriculture in Spain by bringing farmers to the forefront of the agricultural sector. For more than 20 years, policies have dictated what is planted, how to farm, and what is subsidized. Beatriz helps farmers regain control over every aspect of decision-making, from the choice of crops they grow, to how they choose to sell them. This shift in key roles brings farmers to serve in their function as product providers and caretakers of the rural landscape and culture. By coaching farmers on the importance of their work, she is reinvigorating the farming community with a newfound sense of self-esteem, which is helping to destroy the cycle of apathy that has plagued the sector for years. As farmers become active in decision-making they gain an increased sense of autonomy over their work, lives and how they choose to plan for the future. Beatriz uses eco-agriculture as a practical solution to empower farmers. Environmentally, these techniques make land more sustainable, while giving farmers greater economic control over the distribution and sales of their product, thereby increasing the profitability of their labor. Through a series of networks and organizations such as Calea Network and Healthy Extremadura that bring different players in the industry together, Beatriz has unified the efforts of a previously fragmented sector to mobilize a powerful coalition towards the widespread adoption of eco-friendly farming techniques.

For years, the agricultural sector in Spain has been directed by government policies and subsidies that tell farmers what to plant. Unfortunately, these directives seldom have the best interest of the farmers in mind; rather they are made at the behest of economists and agricultural technicians, most of whom have never had any direct experience with rural life. Ultimately, this has stripped the farmers of influence, essentially turning them into voiceless laborers. As a result, farmers have adopted a generally apathetic mentality to their work, often seeking the easiest methods and growing the crops that receive the most subsidies. Many farmers feel that society places very little value on their work and, therefore, feel very little responsibility of protecting their land and the environment for future generations.Subsidized crops present a serious danger to farmers’ control over the way they earn their living, putting them at the mercy of constantly changing policies. For example, 80 percent of the region in which Beatriz lives farms tobacco to gain access to tobacco subsidies. In 2013 these subsidies are being cancelled, leaving many farmers with the huge task of transitioning equipment, training and land usage to a new kind of crop. Concurrently, farmers who grow non-subsidized crops are seeing their profitability capped by the current sales models in which distributors and middlemen buy products at low prices and sell them for much more. In addition, modern farming methods are environmentally irresponsible, gradually destroying the land that farmers depend on. In the face of these obstacles, most farmers have grown complacent with the status quo. Attempts at adopting eco-farming is generally met with stiff resistance, and in many cases, environmental initiatives have made the work of farmers more difficult and expensive due to restrictions on the use of chemicals and fertilizers. Consequently, most agricultural workers view environmentalism and profitability as opposing forces, with eco-farming serving as over-romanticized ideals rather than sustainable economics. The challenges facing reform in eco-farming methods are considerable, and demand motivation from farmers as well as support from other players in the sector, including government groups, technicians, consumers, and other collectives. Sadly, such a coalition does not exist, and as a result, the government does not listen to farmers concerns, in large part because farmers do not make an effort to be heard.

Recognizing that successful strategies must begin with increased farmer involvement, Beatriz is working to end the prominent sense of apathy among farmers in Spain. To do so, she has reformulated ecological agriculture as a means of reducing dependence on subsidies and distribution monopolies. Eco-farming works around the traditional distribution methods by having the farmers distribute their products directly to consumer groups, ultimately increasing their revenue as a result of the higher quality of their products. Being a farmer herself has allowed Beatriz to use her own fields and crops as a working model of a successful agro-ecological business, and in 2003, she began outreach efforts to other farmers in the region. By serving as a concrete model, Beatriz debunks many of the myths and preconceptions that farmers have against organic methods, proving that eco-farming is not only an economically viable option but also a wise one. The main organization she created to carry out her work is the Calea Network, and through it she provides farmers with the support and training they need to make the transition to ecologically friendly methods. With a core group of key farmers, Beatriz conducts studies alongside the farmers and local administrations to help find solutions to their agricultural problems. With time, the network continues to grow and be strengthened by the new ideas farmers propose, the experiences they share, and the changes they implement together. This process gives the ownership to farmers while raising their awareness to the environmental dimension of farming.Through The Calea Network, Beatriz connects farmers with the necessary tools (including training and technicians) they need to adopt ecologically responsible methods. The network does so by coordinating various players in the agricultural sector that previously were disconnected, including agricultural technicians, teachers, other farmers, and even local and regional government agencies. Together, they lobby for increased support of eco-farming initiatives.In addition to creating The Calea Network, Beatriz has also formed Healthy Extremadura to connect farmers who produce organic products with buyers. Even though Beatriz is working towards getting more groups involved, she is careful to keep the farmers as the central protagonists in this process, providing mentoring services and empowering them to be leaders of this important movement in the rural society.Beatriz’s key regional base already includes more then 40 committed ecological farmers, 25 technicians and numerous other groups including consumers and government offices. Through this group she recruits new members and launches other local networks. Currently, Beatriz is developing strategic relationships with key organizations in Spain as well as in Portugal in order to make her outreach program more effective.

Though Beatriz grew up in an urban environment, her heart was always deeply rooted in the environment and agriculture. After obtaining a degree in Agricultural Chemistry, and learning what modern farming methods were doing to the land, she developed an interest in reforming techniques. Her interests eventually took her to the rural region of Extremadura, where she put her knowledge to practice by starting her own ecologically friendly farm. In addition to her deep interest in environmental issues, Beatriz has always had a passion for empowering disenfranchised people. While she was at university, she volunteered with organizations that gave women in poor areas the tools they need to fight gender discrimination and succeed in the workplace. During her first years in Extremadura, she combined her passions, coaching immigrant business men and women in ecological sustainability. In 2000, Beatriz, after a failed cooperative farming project, took sole control over an ecological farm in the rural region of Extremadura. In managing the farm work herself, she discovered first hand the socioeconomic troubles plaguing the agricultural sector at large. During this time, Beatriz became more convinced than ever that ecological farming would solve many of the problems in the agricultural sector, economically, environmentally, and socially. However, she also recognized that a farmer had many obstacles to overcome if he wanted to begin working with eco-friendly methods including a need for training and support, and the lack of coordinated networks in the sector.Beatriz dreams that, throughout Spain, groups of farmers, technicians and government officials will come to the same table and look towards the future of agriculture, and that knowledgeable eco-agricultural farmers to have a strong voice in the future dialogues.