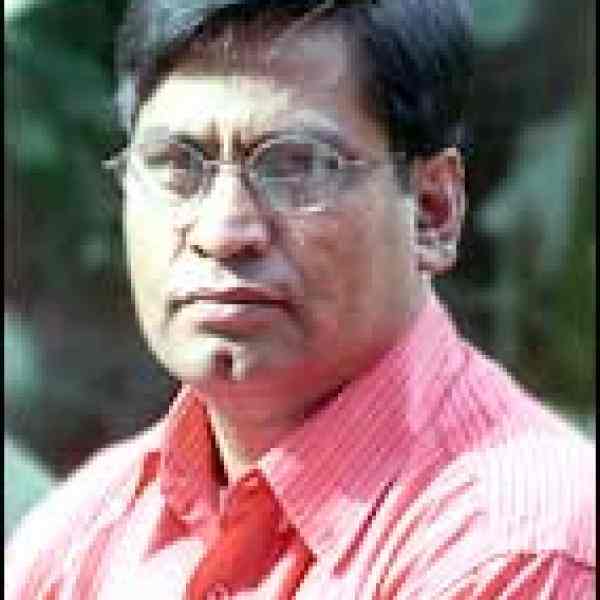 A firm believer in the participatory approach to service management systems, Ashok Bharti is founding community-based cooperatives as an alternative distribution mechanism for electricity to reach India’s slum dwellers.

Beginning with an electricity cooperative in Delhi’s slums, Ashok is reinventing the relationship between poor consumers and service providers and paving the way for an inclusive ownership structure of all civic amenities. Ashok is setting up cooperatives for the distribution of electricity in slums, using a participatory model that is profitable for both the private sector and the consumers. In doing so, he is replacing with quality service what is currently a corrupt system controlled by a power mafia, thereby turning poor people into legitimate consumers, connecting them with the democratic process, and protecting them from extortion as well as harassment from the authorities.
At the same time, Ashok is proving to the government and the private sector that his cooperative model is good business. This mutually beneficial model can serve as a template to spread further infrastructure and civic services to poor people, prompting the government to become more responsive, accountable and participatory in its social services.
Ashok is in the process of partnering with the Tata Power Company’s distribution arm, North Delhi Power Limited (NDPL), which supplies power to one-third of Delhi City, for his pilot program, and plans to continue this collaboration in spreading his model throughout India.

Though slums comprise 20 to 40 percent of the population of large cities in India, slum dwellers are not part of the government’s development plans. Though important contributors to the informal economy, slum dwellers are considered squatters and therefore denied legitimate access to basic civic amenities like electricity or water. Instead, a thriving black market has sprung up to provide slum dwellers these services. The electricity used by slum dwellers reaches them through a parallel distribution system, one in which a local mafia “steals” power from a legitimate source and then sells it at high rates. The quality therefore is inferior, resulting in short circuits and voltage fluctuations which lead to spoilage of electrical products, hazards like fires, and deaths and maiming by electrocution. Sometimes entire residential areas are at risk from a single slum fire.
This illicit power supply is often disconnected for days, until the small-time local mafia who run the alternate system pay the necessary bribes. The implications of such illegal activities are not difficult to see. The mafia proliferates, attracting new recruits among young people; crime rates shoot up; day-to-day activities of school children, small-scale enterprises and other community members are disrupted; and the frustration at not receiving a necessary service, taken for granted by the more privileged, results in eruptions of violence and communal friction.
Having grown up in a slum himself, Ashok Bharti has been made distinctly aware of the government’s failure to provide civic services to the urban poor, despite the fact that because of their sheer numbers, they are the country’s biggest consumers. Through illegal distribution networks result in huge losses for public utilities, the government’s stance is at best opportunistic, turning a blind eye for fear of losing a sizeable vote bank.
During the last decade, the Indian government has moved towards the privatization of basic services, with varying degrees of success. Electric supply—in part or in whole—has been privatized in most major cities, though debates over privatization of water and transport services continue. In Delhi, the government manages power generation and bulk power transmission processes but distribution has been handed over to private companies.
Yet while private distribution companies have brought in corporate management skills, they continue to use the same local infrastructure that was used by the government-owned distributor. Therefore distribution in local slum communities remains in the hands of “contractors,” in most cases petty politicians who charge the mafia a commission of 10-15 percent for the parallel lines they operate. This corruption prevents fair distribution and regularized pricing even though the government, and now the private companies have, albeit on paper, subsidized pricing slabs for the poor. In effect, for want of an alternative structure and to avoid political complications, the private distribution companies continue to support the black economy at the cost of commercial losses. It is the opportune moment for the introduction of an alternate distribution system that effectively serves the slum dwellers and increases profitability for the distribution companies.

The scar on Ashok’s right hand, the legacy of a near-electrocution by a naked electric cable, is there for all to see. Born in Basti Rajaram, a slum for untouchables near Jama Masjid in old Delhi, Ashok was one among seven children. His grandfather cut grass for fodder. His father, a tailor and a class four dropout, was apprenticed to a Muslim master tailor. However, being an untouchable he could not enter the unit and had to sit outside the shop. It took him eight years to learn his trade. In later years, Ashok’s father was responsible for introducing many Dalits to the profession of tailoring.
Growing up as a poor Dalit, Ashok has a clear understanding of the vulnerabilities of underprivileged communities. Yet his parents struggled hard to give all their children a good education. Ashok, on his own merit, managed to study in Hindu College, one of the best in Delhi, and then go on to the prestigious Delhi College of Engineering. He later studied manufacturing management for his post-graduate degree in Australia, where he served as president of the international students’ body and, later, as the central representative of the entire students’ body.
Active in the students’ movements of the 1980s, Ashok was deeply influenced by the teachings of Dalit leader Dr. B.R. Ambedkar, also known as the Father of the Indian Constitution. At 18, he organized a successful students’ strike to stop the transfer to another school of a building promised to his alma mater. He also founded a students’ organization called Mukti (Freedom) which brought about changes in the admission system of his university. The late 1980s were also a period of violent student agitations following the Mandal Commission report on the status of backward classes. Ashok was disappointed by many aspects of the movement, a feeling which led him to set up the Center for Alternative Dalit Media (CADAM) in 1995 that organized the first ever Dalit Women’s Conference. His work with CADAM also led to the formation of the National Conference of Dalit Organizations, a platform active in negotiating an inclusive identity for Dalits.
An officer belonging to the Indian Engineering Services, Ashok has held senior positions with the Gas Authority of India, the Central Electricity Authority and Power Grid Corporation of India, the national power grid, where he served as manager (transmission lines). His technical knowledge stems from his job experience. Ashok lives in Delhi with his wife, son, and mother.