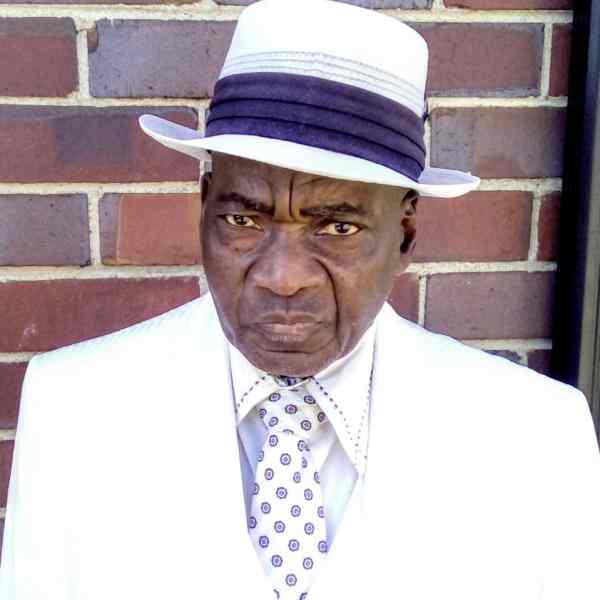 As a youth, Andrew Nyathi left his village and fought for years for Zimbabwe's independence. Now, building on the success of the uniquely disciplined and independent farming cooperative and co-op of co-ops he has built, he is fighting for the future of such collaborative undertakings in the wake of the collapse and disgrace of so many of the (politically sustained) cooperatives created over the last decade.

Andrew believes in cooperatives; in fact, he believes in most forms of organization that help individuals work together. In his hands, they become marvelous instruments that not only generate jobs and wealth but also educate and empower their members. He is proceeding on three levels at once. First, he is continuing to ensure the success of Simukai, the co-op he founded in 1983. Democratic, stable, and independent, it is a solid, undeniable demonstration that Andrew's approach works. In his words, "It's my credibility."

Second, he has been developing systematic ways of helping other co-ops (and similar partnerships) succeed through his Cooperative Self-Finance Scheme (CSFS). CSFS leverages modest but growing member co-op equity (plus, for an initial four-year period, some borrowed equity) into far larger credit for member co-ops. Further leverage comes from supplier credit. This financial strength belongs to the co-ops; it is built on their equity and their credibility. It frees them from dependence on both politics and donors, leaving the co-ops free to invest precisely as they see fit.

The CSFS not only frees the co-ops from these pressures and gives them the financial freedom to increase their productivity, but it also provides powerful incentives for the co-ops to plan and implement professionally. "We are guaranteeing ourselves. There can be no jokes about repaying." How a co-op is performing relative to plan is an open book to everyone: "We're a family and don't hide things. It is a dismissable offense to hide information."

The CSFS imposes tough admission standards. It insists that each member co-op have a careful and comprehensive business plan. (This planning is so thorough that it considers, e.g., the likely changes over the plan period in the needs of each family within the co-op.) It follows up with effective technical assistance from a CSFS technical team and vigorous and open grading of performance. It provides strong institutional leadership.

With the creation of this second institution, Andrew is giving the demoralized cooperative movement new credibility and hope. More and more co-ops are applying for membership, and recently Barclay's Bank approached the organization offering to join Zimbank as a primary lender.

With this second thrust beginning to take off, Andrew is turning to the third leg of his approach. "If co-ops do not have children, they will not survive. My next job is to help new co-ops (and co-op-like institutions) be born." He will use many of the same techniques that have worked so well on the first two legs.

Zimbabwe is a predominantly rural country whose exports are heavily agricultural. They come overwhelmingly from the large commercial farms run by European settlers.

Small farms and their equivalents in the urban informal sector, individual small producers and traders, are important. However, they suffer important handicaps compared to the sort of disciplined larger units Andrew is championing. They are far less likely to produce for export. They are less able to experiment with new products or approaches. They are not likely to experience the sorts of peer pressures to learn or to plan and then measure results that Andrew's groups provide, a loss that is especially serious for so young and inexperienced a population.

These are some of the reasons the cooperative movement started with such hope and broad support in Zimbabwe's first years, as it had in many other young countries: Large farms and their infrastructures kept intact; more young people and traditional farmers put to work and trained; efficiencies of scale in purchasing provisions and marketing realized; and exports increased, not lost.

Ten years later, however, their performance has proven so generally embarrassing that many people setting out to create collaborative ventures shy away from stigmatizing them with the cooperative label. Leaders, including government bureaus and suppliers, have taken due notice. Identifying oneself as a cooperative officer to one's neighbors is as likely to raise eyebrows as garner respect.

Andrew's response to this unhappy past and its fruits have been practical. The respect, credibility, and creditworthiness he has won come from results, which in turn flow from his insistence on a number of fundamental changes from the traditional pattern. Co-ops must be self-reliant. "Cooperatives don't work if they're the government's." Dependence on other donors is also corrosive to the participants being fully responsible and disciplined. The danger is all the greater if the co-op's members are poor, young, or inexperienced.

Individual co-ops must plan in detail and openly, and do so with the assistance of his central technical unit. Thereafter, performance must be monitored and graded every bit as rigorously and publicly. Initially, some of his colleagues resisted, perhaps familiar with the soft-to-nonexistent evaluations characteristic of other co-ops and most voluntary organizations. But Andrew held the line by using the growing pride and sense of peer accountability of the groups. He also made it clear that "I would agree to resign (over this issue) because it is essential."

Beyond this basic framework, Andrew's work becomes more specific. "We can't look to government or the donors. We must carry ourselves. But we must have the tools to carry ourselves. Only then can we make the bureaucrats give us services." Some of the important tools the co-ops need are financial. To get the technical help he needed in so unfamiliar an area, Andrew went to the University of Zimbabwe. "I introduced myself as a taxpayer and asked for help." As a result of this visit, a South African who had left his troubled homeland to teach there is now a central contributor to Andrew's technical team. This addition in turn means that the group can negotiate finances with anyone skillfully and creatively. It also means that the member co-ops get both high quality in developing the financial side of their plans and tough, demanding reviews of their results.

Although Andrew knows a good many further such components will have to be added to the institutions he has created, and although he means firmly to guide this further development, he feels he can now shift a significant portion of his time from the co-op of co-ops to encouraging the creation of a new generation of co-ops. He is a comfortable delegator.

With his own co-op and now the co-op of co-ops' successes, Andrew feels he has the experience, credibility, and time to start work on the third leg of his strategy. Initially he will enter a community through the support of locally influential people who can protect the fledgling co-ops from political and other pressures. He will help each community define key problems, develop a plan, and then begin building an organization. As the program builds momentum, reinforced by the continued success of Simukai and the spread of the CSFS, Andrew expects to create a virtuous cycle of growing numbers, growing financial and institutional strength, growing experience, growing independence, and a reversal of everyone's attitudes towards cooperative collaborations.

Although Andrew was the son of poor farmers, he managed to get a sixth-grade education. After working as a garden boy, he entered the struggle for Zimbabwe as a guerrilla and rose to be a commander. After independence he was demobilized, and, after considerable difficulty, he and a group of fellow ex-combatants were able to set up the Simukai cooperative. They persevered despite their lack of funds, considerable hostility from white commercial farmers in the area, and political problems. As they survived and succeeded, Andrew's energy and his ability led him on to attack the external as well as internal barriers that had stood in the way.

He is setting out to give co-ops a second chance. He has already begun to change the odds. He has been able to do so for a number of reasons. He has the knowledge and credibility of being a hands-on co-op worker. The only thing that makes sense to him is actual change. He insists on clear-speaking within his organizations and, notwithstanding unspoken forms of self-censorship, in taking on the issue nationally. Most important, he is developing and concretely demonstrating how to make co-ops work.