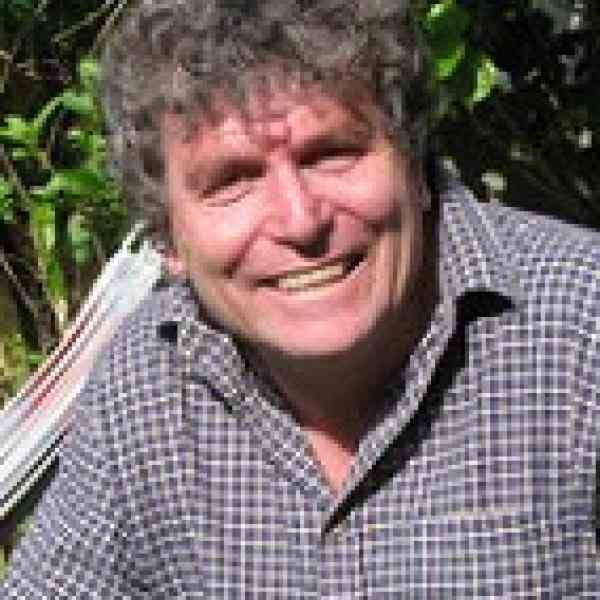 By introducing group gardening in South Africa's cities, Rob Small is restoring a sense of community, while simultaneously encouraging the production of abundant, healthy food in formerly abandoned, unused spaces.

Rob treats the product and the process of community gardening as equally important. In his view community gardening not only puts food on the table, but also heals social and psychological wounds and creates a new, rich sense of community and community pride. Working with women and children, Rob and his team provide resources&#150;low-cost supplies and ongoing technical advice&#150;to help communities start and sustain their communal gardens. Rob and his team also encourage communities to share and exchange resources and to create seed banks that ensure an abundant supply of seeds. Rob believes that group gardening provides the poor with friendly, social, self-strengthening work, and that this activity brings people together and holds them together. This project provides a strong platform for further democratic efforts, both locally and in other psychologically traumatized cities.

In the aftermath of apartheid, South Africa faces a deep threat to social cohesion–poverty. The unemployment rate is almost 45 percent. Between 30 and 40 percent of the population is at or below the material poverty line. Surveys have shown that South Africa has the world's greatest gap between the very rich and the very poor–a division that falls largely along racial lines.

Severe malnutrition is as pervasive as severe poverty, and few children of the poor escape undamaged. While statistics for brain and growth impairment among the very poor are hard to come by, it is nevertheless agreed that sustained hunger within the first three to seven years can result in irreparable mental and physical damage. Yet in spite of this increasing food insecurity, poor urban residents continue to rely almost entirely on outside food sources since they consider agriculture to be "old-fashioned"–a throwback to the past, a practice under way only in the rural areas.

Despite sustained government efforts at infrastructure delivery and job-creation programs, many urban areas have simply become well-serviced social and psychological deserts. City residents, including many who have migrated to urban areas in search of a better life, may have a new brick house, and perhaps a municipal work contract, but they are nevertheless isolated and not meaningfully connected to those around them.

Rob's first step in promoting urban microagriculture was to demonstrate how group gardening can both be socially desirable and meet people's physical needs. He started by helping local women find garden space, giving them on-site input and guidance in organic gardening, and sometimes conducting gardening workshops. To his pleasant surprise, women who had observed the economic and social benefit of group gardening in their friends' lives quickly approached him in droves. There are now nearly 45 group organic gardening projects in the Cape Flats–one of Cape Town's most poverty-stricken areas. Rob and his team facilitated each one. All are producing organic vegetables for at least the gardeners' consumption, and in many cases the groups are also selling to neighbors and in informal markets.

Rob knew that for communities either resistant to gardening or facing other pressing needs that required immediate resolution, he would have to make gardening easy and cheap. He established two People's Garden Centers conveniently situated at important public transport nodes. The centers offer both material support in the form of bulk compost, seed, and seedlings–at cost price or below–and technical advice to residents. Customers are encouraged to give back to the project by filling their emptied seedling bags and trays with new plant slips once their plants have grown and reproduced. Rob is constantly in search of other innovative and practical ways to make organic gardening user-friendly, and over time this relentless pursuit has yielded good results. For example, he discovered and introduced an Israeli drip-drum irrigation system that is cheaper than the traditional irrigation system, easier to monitor, and more efficient. The system is now in use at a number of vegetable gardens in the Cape Flats region.

Rob has sought out other groups that offer an obvious synergy with his vision. For example, he has set up a relationship between various women's gardening groups and the Nutrition Department of the University of Cape Town. The gardening groups have benefited from guidance on how to prepare nutritional, well-balanced meals, while the students have learned to incorporate the preferences of townspeople into their work, thus making their efforts more appropriate to the local context.

These sets of strategies have made Abalimi, Rob's organization, the leading urban microagriculture organization in the country. In addition to gardening, the organization works extensively on other community greening initiatives like tree and flower planting. There are over 70 sites where Abalimi staff have facilitated community greening, and there is a strong link between this community-supported conservation effort and the environmental education done in the local schools. Perhaps the most significant community greening project is that of the popular Manyanani Peace Park–in one of Cape Town's most notorious townships, Khayelitsha–that was developed and is maintained by a group of motivated gardeners.

The success of Abalimi has convinced Rob that the time is ripe to accelerate the spread of social gardening. To successfully spread the lessons from the last 10 years to other areas, he has identified the need to work from two directions–namely, a "top-down" as well as a "bottom-up" approach. In his "top-down" approach, Rob is lobbying for official recognition of urban microagriculture. While many town-planning authorities acknowledge the importance of microagriculture, few make provision for it or see it as viable economically or for its employment generation potential. Rob's careful tracking of the gardening sites on the Cape Flats over the last few years has disproved this: the very poor are not only eating their healthy organic vegetables but also earning money through selling some of the produce. Rob has empirical data to prove this, and he will begin lobbying the authorities to make more provisions for urban gardening. The "bottom-up" approach will be to strengthen the groundswell by developing a cadre of talented and well-trained local citizen organizational development facilitators to service the urban poor, including the gardening groups.

Rob has also identified a powerful opportunity to spread social gardening back into the rural areas through urban residents who retain links with their rural roots. In the mid-1990s, Cape Town recorded over 5,000 new arrivals a month, with most of the immigrants coming from the rural Eastern Cape Province. Though immigration has slowed to about 1,200 monthly, the trend continues, and a majority of these people continue to have access to land but have given up on farming and gardening. Rob believes that if he is able to teach organic gardening rural people sojourning in the city group, ultimately they will go back to their rural lands and do the same there. In this way, he hopes to spread his idea from its urban beginnings to rural areas and go some way to addressing the physical and social poverty that also exists there.

Rob began his professional life as an artist but quickly became disenchanted with some of art's more passive aspects, especially in light of the pressing social realities of the day. He left the art world to pursue other studies at Emerson College in the United Kingdom. While there he was inspired by a former artist turned social gardener who had transformed the lives of the poor in rural Honduras through community agriculture. This exposure demonstrated how he could apply his passion for art to social aims and shaped his thinking about the multidimensional power of ecological work.

When he returned to South Africa, Rob joined a hunger-alleviation organization–Operation Grow–and adapted what he had learned in England to suit urban African conditions. Then he established a nonprofit organic garden and information center, but soon left the organization when the leadership stymied his efforts to spread his work into the apartheid homeland of Bophuthatswana.

Starting a new organization called Inqubela, he took on two apprentices. They began to work in a rural area on behalf of a young king who wanted to resurrect his ethnic group's lost traditional agricultural livelihood. Rob and his team trained the group in organic microagriculture. As rain and water were scarce, they introduced a fast-growing, drought-resistant strain of maize, which was quickly adopted by nearly 200 small farmers in the area. As the team gave input to many village gardeners throughout the region, Rob began to see strong links between urban and rural agriculture.

Inqubela was then absorbed into Operation Hunger, which was under pressure to diversify its operations to include not only feeding projects but also agriculture. Rob led the agriculture effort, as well as the organization's fundraising programs. After four years of work, the organization had established approximately 200 community gardens and agricultural projects, serving feeding projects and communities all over South Africa. Rob again moved on, primarily to escape the dynamics of large organizations.

After consulting with various groups and writing a training manual and primary school textbook on practical agriculture and education, Rob was asked by the director of Abalimi, then a small organization with no permanent community projects, to help them grow. Ten years later, Rob is now the director of the organization, which has 10 core staff and has garnered eight environmental awards. It has helped establish over 100 community projects in the Cape Flats area.

In spite of the success of Rob's work, it was not until 2001, during a staff discussion about catalyzing a garden culture that Rob stumbled on a new insight: the power of group gardening to overcome nonphysical poverty. Gardening and urban agricultural outputs could not and should not be measured by green spaces and vegetables alone–but also by a women's ability to hold her family together. An urban market garden is not in itself a social change catalyst, but a community garden is.