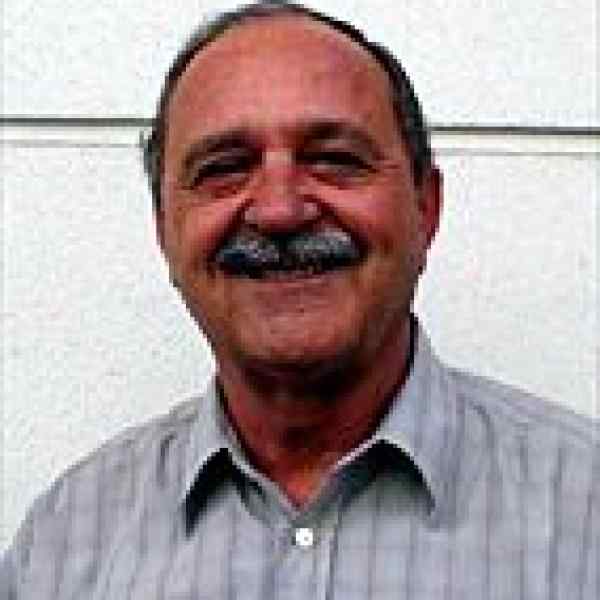 René Schärer makes it possible for local fishing communities to manage the use of their coastal waters, helping citizens and the government defuse environmental and economic threats posed by large, negligent, and unwelcome fishing vessels.

René helps traditional fishermen&#150;those who sail or row their boats and use small, handmade nets&#150;protect their livelihood from dangers such as water pollution and overfishing practiced by mechanized fishing vessels or predators. Building on eight years of work on the Ceará coast, René teaches traditional fishermen how to take responsibility for their future as co-managers of marine resources. They work together to establish fishing regulations, mark their coastal territory, preserve adequate fish stocks, monitor violations, and share technical know-how with each other and with government officials and technicians. What differentiates René's work is that he has enabled communities to create and manage an extractive marine reserve. Unlike the technocrats who usually undertake such large-scale, ambitious, resource management plans, René has cultivated government partnerships and secured the community's support and cooperation. Looking to the future, René is creating a system to professionalize and modernize low-impact fishing. He has started a fishing school to refine the concept of traditional fishing in managed reserves and transform it into a replicable model for sustainable development. Managing fish stocks is only the starting point: health, education, and ecotourism also fit into René's plans to help modest fishing families survive and prosper.

Fishing is one of the most important economic activities for communities along Brazil's 7,400 kilometer coast. In the state of Ceará, there are 573 kilometers of coastline and more than one hundred ports in twenty municipalities. Traditional fishing families make their living from lobstering and fishing. More than half the lobsters in Ceará are caught using traditional fishing methods and small boats. Numbering four thousand, these three-to-eight-meter-long boats comprise more than three-quarters of registered craft. However, traditional fishermen can hardly compete with the larger, motorized predators which deplete marine life. Disorganized, traditional fishing families who lack direct access to local and export markets have been forced to accept low prices while middlemen reap the profits. To make matters worse, a large number of illegal poachers have habitually invaded coastal areas because the government monitors the waters inefficiently. These interlopers make off with immature lobsters poached before they can reproduce, damaging both current and future stocks. Without good policies and effective monitoring, many traditional fishermen have grown apathetic, and have themselves adopted destructive ways just to make ends meet. This grim portrait includes entire areas where local economies depend on fishing. The state of Ceará is suffering from a decrease in lobster exports: from two thousand tons in 1995 to twelve hundred tons in 1999. Overfishing, large-scale industrial fishing, and the consequent reduction of fish stocks, plus the fishermen's stagnating quality of life are problems that also affect coastal populations in nine other Brazilian states. The threat to local fishing has an international dimension. Brazil's exclusive coastal fishing rights have come under question. International bodies argue that if Brazil cannot effectively utilize these resources, it could lose its exclusive rights to the two hundred miles of continental shelf extending out from the coast. Extraction rights beyond this shelf are leased out to foreign companies, representing a loss of potential income for a significant portion of Brazilians. This threat provides a growing incentive for the Brazilian government to seek out an effective model for the sustainable use of its marine resources.

René perceived that motorized fishing boats, poachers, and industrial fishing practices had led to a decline in income, making fishermen more susceptible to land speculators offering the short-term solution of buying their "beachfront property." René brought together residents of the Prainha do Canto Verde community where he lives to discuss the problems of sustainable income generation and the lack of health and education resources. René and the fishermen developed a system for co-managing marine resources by agreeing on norms for lobster fishing based on size limitations, fishing schedules, and monitoring the coastal area. As a cooperative, they were able to organize direct shipments to local markets and for export instead of individually selling to middlemen who offered prices 60 percent lower. In order to stimulate marine growth, René used old tires to develop the first artificial reefs in Ceará which were built by the entire community. This initial phase has directly helped two hundred families who have increased and stabilized their income through fishing, and indirectly aided many more who have adopted elements of René's methodology. The second component in René's model is his plan to make traditional fishing an increasingly viable component of the community's plans for future development. He is setting up a school to professionalize young fishermen and modernize their technology while lessening fishing's environmental impact. The school trains professionals in responsible fishing who will determine, through co-management practices with other community fishing families, how to preserve marine resources. The co-management model involves partnerships with civil organizations, scholars, and government technicians. Complementing the school's long-term benefits, René stimulates communities to address other problems, instituting programs in ecotourism, education, and health. Terramar Institute, which he co-founded, secured support from abroad to fund initiatives that enable community members to develop small-scale, low-impact tourism to increase community income. The basic health program he developed has eradicated infant mortality in the community, increased health education, and started to deal with community sanitation. Between 1994 and 1999, the program to bolster school attendance made astonishing gains. The number of children attending secondary school jumped from sixteen to one hundred and sixteen. Drop-out rates fell from 15 percent to zero. The figures for students forced to repeat a grade tumbled from 53 percent to 2 percent. All of these programs continue to grow because of the community's commitment to preserving the natural and human resources which are its livelihood. René's expansion plan involves representatives from other communities on the Ceará coast, as well as scientists and fishing engineers. These partners will facilitate the transition to the second phase of René&#180;s strategy: reaching twelve hundred more families by including his model in a neighboring municipality's Rural Development Plan. René plans to carry out the third phase, expanding to the six municipalities on the east coast of Ceará, by including the program in a similar regional plan for sustainable fishing. For several years, René has been working in cooperation with technical advisors at the Brazilian Institute. The federal government has agreed to make René's work part of its regional expansion plan over the next two years. René's fourth phase will spread his model to the entire coast of Ceará, reaching twelve thousand fishing families within five years.

René Schärer was born and raised in Berna, Switzerland, and as a young person decided to sponsor a child in a shantytown in Concepción, Chile. Not content with sending money and receiving pictures, he visited the child and learned first-hand about the realities facing poor and excluded people. From that point on, he became involved in other organizations addressing problems of social inequality.In more than thirty years at Swissair, René lived in various cities around the world. In 1982, while working as the company's general director in São Paulo, he was moved by television images of the drought in northeastern Brazil. He decided to take action and started an emergency aid project for drought victims, mobilizing the employees of Swissair and other airline companies in São Paulo. This campaign raised the funds necessary to sponsor more than sixty children, obtained emergency supplies for children in the city of Pitombeiras, and donated $10,000 for the purchase of canoes when the drought ended. In the late 1980s, René dedicated himself to social issues in Brazil. He settle in Prainha do Canto Verde where he volunteered for several causes: cooperative fishing, combating infant mortality, building community leadership, improving basic education, implementing community tourism, and coordinating and financing the SOS Survival Campaign. He co-founded the Terramar Institute to give continuity to these initiatives. He also represents the Terramar Institute in the Pro-Lobster Foundation of Fortaleza, and he created the Forum of Fishermen against Predatory Fishing of the East Coast of the State of Ceará. The inspiring success of the project in the community of Prainha do Canto Verde creates incentives for other similar experiences in the region and beyond.