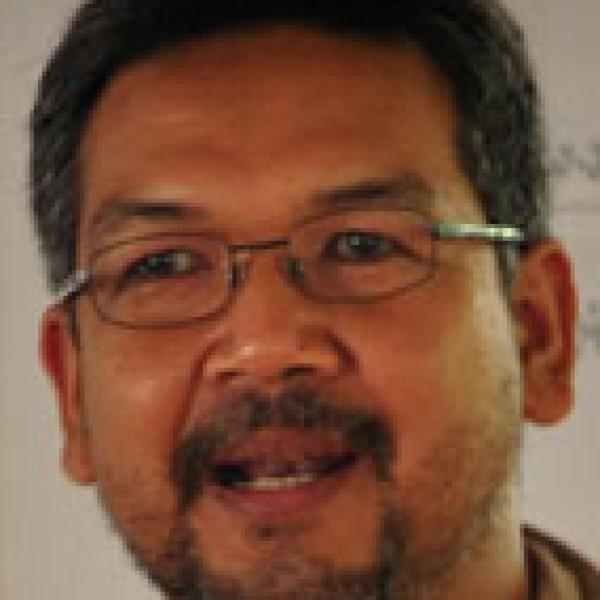 Prayong Doklamyai has assembled the first nationwide coalition of farmers with land tenure insecurity. Formerly divided by ethnic or economic factors, these farmers are together proving to policymakers that land redistribution is not only necessary, but also viable, in the form of communal land ownership or “community land title.”

Prayong has turned land reform into a tangible policy option and finally, a debate with a positive outcome. Working with nationwide landless farmer’s networks, he has been able to offer Thailand’s first working examples of communal land ownership, which he calls “community land title.” Unlike government land handouts, the community land title protects arable land from private buy-outs through a system of financial disincentives, improvements on agricultural production, and other community-building mechanisms.

Prior to Prayong’s efforts, the issue of land tenure insecurity has been portrayed as disparate circumstances and addressed, if at all, by disparate short-term government measures—such as land handouts, debt annulment, and temporary delays in arresting illegal tenants. The community land title, in contrast, offers long-term security for farmers’ land and livelihood. In its pilot stage in nine locations, the community land title is already providing tenure security and income improvement for almost a thousand farming households. Farmer groups as well as the National Land Reform Committee are studying the pilot projects in order to develop Prayong’s approach into a national-scale operation.

Ratified by the national presidential cabinet, and now in its last stage of legal endorsement, the community land title is a rare example of Thai policymaking, driven to the national sphere by tens of thousands of grassroots communities.

In Thailand, as in many other emerging Third World economies, problems around land tenure are at a standstill due to a set of complex factors. An uneven structure for land ownership prevents small-scale farmers, the poor and the lower-middle class to access land for cultivation and housing. Some 4.8 million Thai farmers still lack sufficient land to earn above US$600 per year, while close to 900,000 farmers are landless. Meanwhile, the wealthiest 10 percent of the Thai population continues to acquire and own about 90 percent of all titled land.

This lack of farmland has also threatened the daily well-being of ethnic minority communities, who have lived in Thailand’s forests for hundreds of years. Beginning in the mid 1990s, the Forestry Department has defined all land without title deeds as forests, turning 10 million indigenous people into illegal tenants overnight. Without land titles or proof of citizenship, these indigenous farmers have had no opportunity to negotiate with the government. They face daily harassment, arrests, heavy fines, forced eviction, and imprisonment. In short, they lack the security of a basic livelihood.

In the past, the Thai government has attempted to resolve land tenure problems by allocating new land titles for agricultural use. However, after 11 million acres of land allocation, there remains no mechanism to ensure that the land stays in farmers’ possession. As much as 15 million acres, or 35 percent of all farmland in the country is mortgaged as debt security. Each year, more irrigated and arable land is sold for non-agricultural uses by banks or farmers.

As a wealthy minority of landowners continues to accumulate more land left unchecked by a negligible land tax, almost half of all privately owned land in the country is left fallow. Poor and landless farmers continue to be further disadvantaged by hostile market and legal mechanisms.

Prayong is addressing the complex problem of land tenure insecurity through an alternative mechanism of market and legal measures for land redistribution. To ensure that land tenure problems are resolved in an integrated manner with long-term practicality, Prayong has united grassroots experiences and demands under the national farmers’ movement, the Land Reform Network of Thailand.

For the past ten years, Prayong has conducted research, outreach, and mobilization work to engage hundreds of farming communities of different ethnicity and economic status, to increase their collective negotiating power. Farmers have studied the experiences of one another, and have concluded that without sufficient land and tenure security, they will always fall back to the vicious cycle of debt and landlessness. Starting with one group of some 200 landless farmers in Lamphun province who confiscated almost 200 acres of private land left fallow in 2000, Prayong has been working with farmers to develop a collective model of management mechanisms for communal land ownership.

Under the integrated approach, of community land title, farmers are entitled to land shares for agricultural production in which financial disincentives ensure that the land stays in farmers’ possession. If a farmer decides to abandon the land, it must be sold back to a “community land bank” at a value reduced to only 30 percent of market price, to discourage farmers from selling land to repay debt. This community land bank, managed by a committee of elected representatives, also provides funds toward improving farmers’ welfare, such as health benefits, savings groups, and microfinance. To discourage the wealthy from land accumulation, a progressive land tax is introduced, and a proportion of funds will be allocated to sustain the land bank.

In nine pilot locations in northern Thailand, Prayong is working closely with farmer groups and other community organizations to develop best practices for the community land title approach. They are experimenting with improvements on agricultural productivity and value-added products. After ten years, over 70 percent of redistributed land is being put to use, resulting in increased annual income ranging from 10,000 to 120,000 baht (US$300 to US$3,600) per household. Farmers are less compelled to abandon their hometowns to work as itinerant labor, increasing tenure security for the younger generation. These nine locations have inspired farmer groups elsewhere to independently establish their own community land titles, including one location of well over 300 acres in the arable outskirts of Bangkok. In 2005, farmer networks nationwide gathered at the first community land title site in Lamphun and founded the Land Reform Network of Thailand, with tens of thousands of members in 21 provinces.

Prayong’s work has increased government accountability and responsiveness regarding land ownership and land redistribution. Some local offices of the Land Bureau have collaborated with the Land Reform Network to examine the land database for illegal titles. The Center for Poverty Eradication and Rural Development has officially included the community land title in its policy. Prayong sees government agencies as his first potential partners for formal implementation of the community land title, as government agencies own a considerable amount of land that is left idle, including several locations of Prayong’s pilot projects.

Prayong has also worked closely with mass media to raise public pressure regarding land injustices. Within the past five years, the Land Reform Network has become a familiar name among Thai newspapers and television stations. Following a series of public events, a cross-country march and policy seminars, a four-day demonstration in front of Parliament in March 2009 led to the Cabinet Resolution later that year, agreeing to implement 30 community land titles as case studies for national policy. In addition, the Subcommittee to Study the Implementation of Land Redistribution Policy was established under the National Land Reform Committee, which was presided over by the prime minister.

Prayong has been able to keep the community land title legislation moving forward, despite political instability in Thailand. In fact, he has used the political situation to his advantage, convincing politicians that the community land title will benefit as many as 4.8 million voting farmers across Thailand. As of late July 2010, the Cabinet endorsed the policy and granted community land titles in 30 pilot locations by September. Meanwhile, the Land Reform Network continues to spread its influence in 21 provinces across Thailand, involving over 380 active communities in the northern region alone. As a recent member of the global farmers’ movement La Via Campesina, based in the Philippines, the Land Reform Network has increased the leadership role of Thai farmer members. Through the Land Reform Network, Thai farmers have traveled abroad for study visits and workshops to share the community land title approach with farmer groups in neighboring countries and other developing countries where farmers face similar land tenure problems.

As a teenager, Prayong witnessed his family losing two-thirds of their farmland just to pay for his older brother’s tuition. Since then, he vowed to pursue whatever education and career that would keep the remaining four acres of his father’s rice field.

This experience motivated Prayong to spend the past 20 years working in grassroots community development in northern Thailand on a range of issues faced by rural farmers. He has worked with ethnic minorities, threatened by the lack of citizenship and forced relocation and campaigned with rural communities impacted by adverse government projects, including dams, mines, and power plants. Prior to his work on the community land title, Prayong co-founded the Northern Farmers Association to represent the interests of small-scale farmers and ethnic minorities in land use conflicts.

As a highly regarded grassroots policy advocate, Prayong was elected as Secretary General of the Northern NGO Coordinating Committee for Development in 2004.