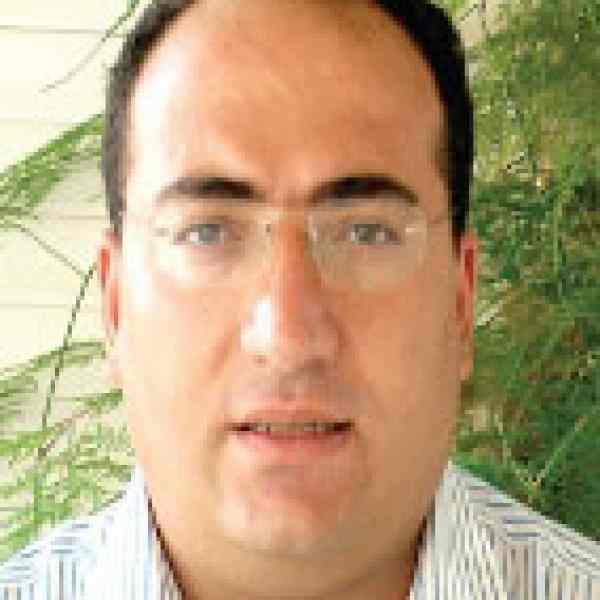 Nejat Unlu has designed the first comprehensive care and support system for Turkish citizens infected with HIV/AIDS. Employing a self-help model, patients and volunteers work together to fight discrimination and lobby for privacy rights and other reforms that will help them access the treatment they need. Nejat seeks to end discrimination against those with AIDS by encouraging empathy and promoting accurate information about the disease and those living with it.

Turkey is just beginning to recognize the nature and magnitude of their AIDS problem. Nejat has organized the first citizen organization (CO), Positive Life Support Centre, to empower those with the HIV virus to support one another, raise awareness, press for ending discrimination, and lobby for reform in state health policy and practices. Positive Life Support Centre provides HIV patients the care and support that the state does not; often due to discrimination.
While the few AIDS groups in Turkey work strictly on research and prevention with the non-infected, Nejat builds local solidarity networks that include volunteers, family members, and health care workers directly serving the growing infected population. These groups provide care, advocate for equal treatment and dignity, and ultimately help HIV patients to help themselves. Nejat also works with media and within popular culture avenues to generate understanding and empathy for those living with the disease.
Nejat’s model has gained international recognition, and been replicated in Turkey’s second largest city. Recently, the Turkish Ministry of Health asked Nejat to be an advisor to their six-year AIDS policy plan; incorporating some of his strategies for dealing with the rising AIDS problem.

Turkey is far behind the rest of the world in its awareness of and action against HIV/AIDS. While the first officially recognized case was reported in Turkey in 1987, current figures report that only 3,500 cases exist today—in a country of 70 million. Informed observers insist that this figure grossly underestimates the reality, and multiply it by at least a factor of 10 if not 100.

One of the reasons the numbers reported are so low is that a great stigma exists towards those with the virus. Deep misunderstanding and prejudice make it difficult for AIDS patients to come forward. In Turkey, AIDS is still perceived as an exclusively gay man’s disease, so much so that doctor’s have been known to misdiagnose women because they simply won’t believe it possible for women to have AIDS. In addition, while forms of state-sponsored AIDS treatment are available, many are reluctant to use these services because no privacy regulations exist that will guarantee their treatment remains confidential from employers or family.

Discrimination against those with AIDS is widespread. While it is not legal to fire someone because they have AIDS, employers who find out will find other excuses for letting someone go. Those diagnosed with the virus frequently face discrimination from doctors. Reports of denied entry into medical clinics—and dentist offices—have been on the rise. Some are verbally abused and condemned for their “life choices.” Being open about having AIDS is akin to social death in Turkey, so many would rather keep it a secret than get help of any kind and face exclusion.

The Turkish government has developed only an embryonic program of AIDS awareness and prevention, in addition to the delivery of basic medical and counseling services to those carrying the virus. But these efforts are mainly academic and research oriented, led by doctors and researchers, rather than with AIDS carriers to meet their needs. A National AIDS Council was recently formed but operates more out of international pressure than because of a dedicated mission to truly understand and solve the emerging Turkish AIDS crisis.

Nejat’s strategy has four principle aims: Empower people living with AIDS through a network of self-help groups; build awareness of the virus; expose and reduce discrimination and rights violations committed upon HIV carriers; and finally, influence public policies and state action in Turkey.

Nejat began working with people with HIV/AIDS in 2004 and founded his organization, Positive Living, in 2005. He reached out to people infected with HIV/AIDS in several cities in Turkey, encouraged them to speak openly about their struggles with the virus and the social prejudice. He then gathered them together, along with various other stakeholders like health care workers, and formed local support groups dedicated to those infected with AIDS and founded on principles of empathy and mutual respect. Each group is meant to help its members collectively obtain the services and support the state does not provide.

As more people began participating in the groups, Nejat realized there was a need for a formal centre that could provide specialized services for AIDS patients. He founded the Positive Life Support Centre for AIDS patients to receive medical, psychological, legal, and even nutritional counseling. The centre is largely staffed by volunteers, many of them HIV positive, who in addition to providing care and treatment, train others to be caretakers in the future. The centre grew quickly, doubling in size during the first year. Its successes continue to attract those reluctant to come forward to get involved, both as patients and caregivers. To help make the statement that AIDS is a society-wide problem that affects all, Nejat made a conscious effort to include two women, two gay men, and one straight man as founding directors.

The second part of Nejat’s strategy is to build awareness and understanding about AIDS in Turkey. While his life centre provides immediate help to those with AIDS, Nejat recognizes that long-term solutions to the AIDS problem require a significant shift in attitude on the part of the Turkish public and government. His goal is to increase levels of empathy in Turkey by relaying the realities of life of those living with HIV, and breaking down prejudices against them. He works closely with journalists and doctors and other public figures who could have a significant impact getting across his message of tolerance. Recently, Najat has pushed the producers of one of Turkey’s most popular television series to include a character infected with HIV/AIDS; an unprecedented step forward in the societal acknowledgement and understanding of the disease.

Exposing and fighting discrimination and rights violations must be a part of any effort to change the HIV/AIDS landscape in Turkey. Nejat has negotiated directly with hospitals and medical professionals to inform them more fully about HIV/AIDS and ensure that they will provide the correct diagnoses, treatment, and counseling. For example, Nejat has convinced a university hospital to provide HIV patients with proper dental care and blood tests, which are often the most difficult services to get for fear of infection. Nejat has increased the number of hospitals and clinics that accept HIV patients—today, three are publicly acknowledged, and others are facing pressure to accept a similarly inclusive policy.

In addition, Nejat’s Positive Life Support Centre has become an important tool for strategies to raise awareness and expose discrimination. Because of its convening power, the centre helps those with AIDS form pressure groups and act collectively in ways they could not have alone. Participants are empowered to begin helping themselves; with a backbone of support, they are more confident advocating for their own rights.

Finally, Nejat is working to modernize Turkish legislation and policy towards HIV/AIDS. Most notably, he has lobbied the Ministry of Health to issue regulations prohibiting state health institutions and medical personnel from revealing to employers or others about patients they have treated are infected with HIV/AIDS. The Ministry of Health and UNAIDS Turkey have also included Nejat in their preparations for a report on public policies for AIDS over the next six years.

Nejat’s successes have gained him visibility at the international level. Over the last three years he has received support from UNHRC, UNAIDS, and the Open Society Institute. In less than a decade, the perceptions about AIDS across Turkey have noticeably shifted. Today, better monitoring systems are in place, more accurate information and treatment is available, and more people with HIV are taking action for themselves. A group in Izmir, Turkey’s second-largest city, has adopted Nejat’s self-help group model. This model is easily replicable in countries like Turkey that are only recently coming to terms with AIDS.

For Nejat, growing up as a gay man was very difficult in a homophobic Muslim society. He studied Aerospace Engineering at one of Turkey’s leading technical universities, and while a student, was active in the small gay community and worked as a volunteer for Lambda Istanbul, a gay rights activist group formed by gays and lesbians. He also became closely involved with various women’s rights groups. Nejat was passionate from early on about ending all forms of societal discrimination.

After his partner and close friend died of AIDS, Nejat thought about working more closely on the problem in Turkey. Against all odds, he was committed to bring the issue into the public sphere. Though he is not HIV positive, he became deeply involved with those who were, listening to their stories and coming to terms with their daily discrimination. He was most struck by how many people felt powerless to change their situation, and designed self-help groups to help HIV patients help themselves.

Nejat is also a business entrepreneur and co-partner of a computer firm that provides services and solutions to the printing sector. His special interest areas are physics, astrophysics, math, computer science, and technology. He regularly attends civic rights seminars and project management training in Turkey and abroad to better equip him to improve and spread his support centers.