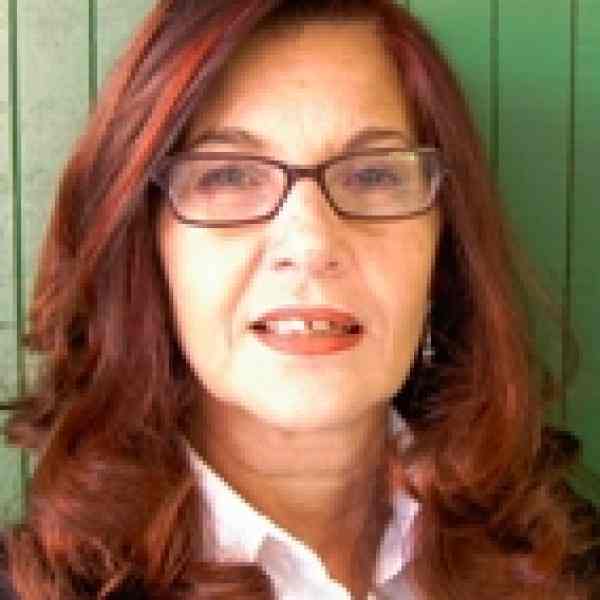 Márcia Ventura Dias reintegrates street children into society by providing safe alternatives to the street and supporting them in shelters that help them to cope with their past traumas. She works to humanize the children in the eyes of society and influence public institutions to create new models for sheltering at-risk children.

Márcia’s Mobile School for street children, Escola Ambulante, uses public spaces to offer educational and extra-curricular activities to street children during a 30-day program. The schools give children a chance, rare in their difficult lives, to learn and have fun. The public venue allows passersby to humanize their perception of street children, an important step towards reversing negative stereotypes.  Through the school, Márcia gets to know the street children and the context in which they live, building relationships that allow her to eventually introduce them into her group homes. In three houses obtained from the government, Márcia helps children and their families with their needs, focusing on therapy and self-help. Márcia is currently replicating the methodology for these homes on an experimental basis with the Brazilian Juvenile Detention System. If the new model is successful, her methodology could become the standard throughout Brazil.

Thousands of children in Brazil live on the streets after they flee traumas in their homes: physical abuse, violent neighborhoods, drug abuse by parents, and inadequate support systems. Living on the streets, these children often encounter more serious problems than those they were trying to escape. They are forced to grow up too quickly by the sheer necessities of survival. Alone with no one to trust or confide in, many of these children turn to drugs, prostitution, and crime.Brazilian society has become complacent about the grave problem of street children. Rather than being seen as lost and lonely, street children are perceived as delinquents and criminals. In the eyes of society, they have ceased to be children, and they are held responsible for their desperate activities as if they were adult criminals.  Young girls on the street too often become pregnant because of rape, prostitution, or just a search for human affection. Young teenage mothers do not know how to raise children, nor do they have the financial means to support them. This perpetuates a cycle of poverty and violence through generations of street families.High quality programs to help street children in the cities of Brazil are almost non-existent.  Shelters accept children, victims of abuse or violence, sent to them by the national justice system. Street children who commit petty crimes are jailed and confined to the Fundacao do Bem Estar do Menor (FEBEM), the Brazilian Juvenile Detention System. FEBEM does not educate or help rehabilitate children who have problems with the law. Instead it is well known for its mistreatment of children and various human rights violations. Inside FEBEM these children are abused and forced to live in substandard conditions with no regard for their physical or mental well-being. There is no attention paid to helping the children deal with their past or any traumas they might have suffered. As a result, after their stay in FEBEM, children are even more damaged, with no idea how to function in society. They return to their old lives of violence, drug abuse, and prostitution hardened and with an even lower sense of self-worth.

Márcia believes that in order to help street children, it is first necessary to get to know them, understand their problems, and create a place where they can enjoy their childhood. Márcia created Santa Fé, an organization dedicated to helping street children and changing negative societal perceptions of street children that only perpetuate their social exclusion. Through Santa Fé, Márcia developed the Escola Ambulante, which provides a place where street children can learn and play and allow society to see them for the children they are. Before beginning her program, Márcia, in partnership with the University of Sao Paulo, conducted an ethnographic study of the region to better understand the area and establish strategic partnerships with other organizations to better serve the children.Praça da Se, the principal public square situated in the heart of São Paulo, was the first site for the Escola Ambulante. It was accessible to street children because many of them lived there and it was visible to the large group of people who constantly went through the center of the city.  With funding from the municipality and various business companies, Márcia transformed the square from a place where homeless people slept into a clean space where Escola Ambulante could offer various activities to children including reading classes, music, theatre, dance, and art.  While conducting these classes, Márcia and her team talked to the children to get an understanding of where they came from and why they are living in the streets, their hopes and dreams and enjoyed activities.    Márcia was not satisfied with merely giving the children a space to learn and play. She knew for this program to survive and for new programs to develop, she had to prove that street children needed attention and help. Márcia then started working with the children’s families. When she learned about family members that lived in the area, she went to visit them and invited them to come to the school to see what their children were doing. She realized it was important for the families to see their children enjoying themselves and just being young. Passersby in the area could also see these children interacting in a positive way.  While in session, the school reduced violence, theft, and drug use in the area. Márcia’s Escola Ambulantes have thus far served 279 children directly in addition to many of their family members. Márcia continues to run periodic Escola Ambulantes, each with a greater degree of acceptance and sustainability. The next Escola Ambulante will be funded by the São Paulo municipality and the Inter-American Development Bank.At the end of the first Escola Ambulante, Márcia realized that for these children her departure would be just another instance of adult abandonment. She began negotiating with the government to obtain houses she could use as shelters for the children.  In 1998, Márcia received three houses: Minha Casa, for young children up to age 12; Casa Juventude, for children ages 13 and 14; and Meninas Mães, for teenage mothers. Although the houses have age guidelines, none of the children are ever kicked out before they are ready. Márcia convinced the justice system to allow teenagers to stay in her houses until age of 21. The methodology for the shelters, called De Volta para Casa (Back to Home) is based on getting to know children personally, focusing on their individual needs, and empowering them to make individual and collective decisions. Often victims of physical and sexual abuse, many of the children need therapy to help them deal with their past. To fulfill this need, Márcia and her team work with a psychiatrist to create a safe environment for children to open up and start confronting their traumatic experiences. To fully deal with their abandonment issues and other difficulties, Márcia counsels the whole family through the program “Changing History”. She works with abusive mothers to reconstruct their relationships with their children. Under supervision by members of her team, family members are allowed to visit their children. The end goal of this program is to rebuild trust and reunite children with their family members.Márcia and her team of educators provide children with the basic education they need to be able to reinsert themselves back into school. In 2004, 97 percent of the residents of her houses passed their school exams, and through various partnerships she gained funding to provide extra courses like English and technical training. To complete the cycle of re-inclusion of youth, recently Márcia created the “Usina Cultural” which aims to allow them to generate income through the production of arts and crafts. With therapy, education, healthcare and other general expenses (food, clothing, etc), Márcia’s work in the shelter costs R$ 2000 per child per month (approximately US$1,000), compared to the R$ 1200 cost of other shelters. Yet her cost is lower than the R$ 3200 it costs the public institution FEBEM to keep a child imprisoned each month. Fifty percent of her cost is covered by the state and the other 50 percent comes from donations from companies such as Petrobras and the Bank of Brazil. The success of her work led the state of São Paulo to adopt her model as the standard for all their shelters. Márcia aims to extend her methodology by transforming FEBEM. Unlike previous efforts to change FEBEM from within, Márcia believes that the system must be completely destroyed to allow for the creation of a new institution that provides children with the therapeutic, educational, and social help they need. In partnership with the Federal University of São Paulo (UNIFESP), the Secretary of Health, and the governing body of FEBEM, Márcia is a member of the team constructing an alternative model for FEBEM. She has been contracted to work with the psychology department of UNIFESP to implement her methodology in the “New FEBEM” to maximize the rehabilitation of the youth. The experimental unit, completed in 2007, will have space for 40 adolescents and if successful could be the model for the reconstruction of the juvenile detention system in São Paulo and Brazil.

Márcia was inspired by her mother, an indigenous woman from Pará, who raised five children on her own. Her mother always put an emphasis on education and as a result, unlike their peers, Márcia and her four siblings all finished high school and attended university. The sacrifice her mother made to provide their education inspired Márcia to dedicate her life to educating others. In 1964, after Márcia graduated with a degree in education, she continued her studies specializing in counseling children with multiple disorders. Márcia began working with the Pingo D’Água Educational Center, a school for children with disorders such as autism. As the director of CEPA, Márcia expanded the school to include children and adolescents from ages 7 to 14, putting psychological theory into practice.  In the 1990s, Márcia participated in the creation of the National Statute for Children and Adolescents, now the foundation of children’s rights in Brazil. In 1992 she was elected president of a commission for the creation of the Conselhos Tutelares, the community councils now responsible for the enforcement of the statute. Although these Conselhos Tutelares worked to protect the rights of the youth, Márcia still felt that marginalized communities such as street children continued to receive little help from the system.In 1993, Márcia created Santa Fé, a civil society organization seeking alternative ways to improve the lives of street children. In partnership with various organizations, Márcia launched “Christmas Tree,” art education classes for street children. After only 23 days, the team began to see changes in the lives of the children, and a drastic reduction of robberies in the center of the city where the classes where taking place. The success of this project inspired Márcia to find a more permanent way to give these children a way to enjoy their childhood and get off the street.  At this point she developed Escola Ambulante and launched her houses for street children.  Because of the methodology she developed, Márcia has gained the recognition of the municipal administration and the State of São Paulo. She has received national prizes, including “Best Social Technology” from the Bank of Brazil.