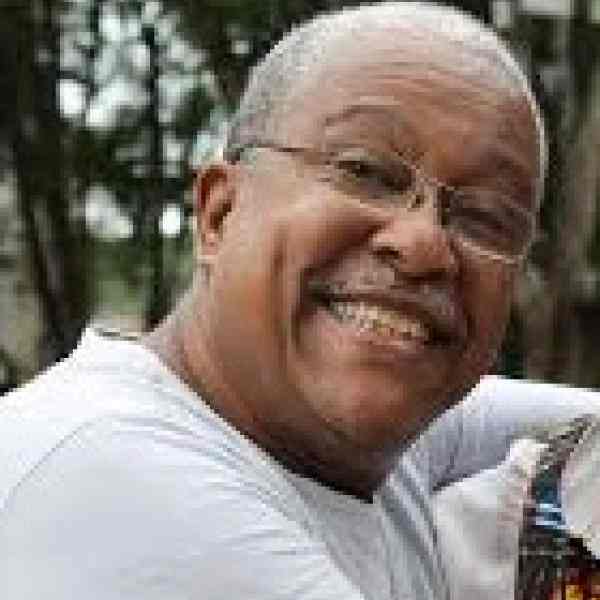 Jose Marmo da Silva (Brazil 1996) is a dentist working in the public health system in Rio de Janeiro, and an &quot;oga,&quot; or initiate of the African Brazilian religion of Candomble. Jose believes that Western style AIDS-prevention campaigns do not work in the Afro-Brazilian context. Therefore he is designing a customized campaign for AIDS prevention/education in the Afro-Brazilian community. Moreover, he is attempting to improve the self-esteem of Afro-Brazilians, who have been the victims of generations of discrimination. Jose uses symbols and imagery common to Candomble to convey his messages of safe sexual practices. In addition, he has recruited community leaders to help spread his message. He believes that his efforts will help to dramatically decrease the incidence of AIDS among Afro-Brazilians.

After correctly diagnosing how and why public health campaigns and services in Brazil do not reach Afro-Brazilians, Marmo da Silva, a dentist by training, has designed an alternative discourse about health that expresses and affirms Afro-Brazilian culture. His &quot;by-and-for Afro-Brazilians&quot; initiatives recruit religious and cultural leaders (priests, artists, musicians, intellectuals, activists and others) to design health messages, for example, on HIV prevention, that have direct symbolic appeal for Afro-Brazilians. Capitalizing upon early successes with these message campaigns, Marmo has forged a new alliance for health among leading Afro-Brazilian institutions and raised health and Afro-Brazilian culture to the top of the program of action of the Afro-Brazilian movement. His next steps involve consolidating a series of permanent health promotion mechanisms that operate from an Afro-Brazilian cultural root. He is now piloting, for example, a mobile &quot;health stall&quot; that circulates health information, distributes condoms, and alerts people to their public health entitlements.
Marmo sees the health stalls as the prototype for a fully fledged &quot;community health nucleus&quot;-a permanent community institution that promotes health from the perspective of Afro-Brazilian culture. In addition to education, counseling and referrals to public health services, the nuclei will be repositories of knowledge of natural and traditional healing practices. As such, they will represent a bridge between complementary medicine and western medicine. They will work creatively to mobilize around health from the deepest cultural wellsprings of the Afro-Brazilian community, places that celebrate community health. They also ground the political dimension of his vision, namely, that full citizenship for black Brazilians-in the sense of their claiming their fair share of the political pie-can only happen once they have raised their self-esteem through cultural affirmation.

The causes of poor health are complex but may be distinguished into two types: those causes stemming from deficiencies in public health services and those that reflect the lack of a &quot;culture for health.&quot; Like poorer population groups everywhere, Afro-Brazilians tend to have less access to quality health services than more affluent members of society. This explains much of the difference in their health profile. But the second set of causes that relate to the nature of Afro-Brazilian culture also contributes. This culture argument looks to the attitudes within a community or group toward &quot;health&quot; as opposed to medical treatment or health services. How do people understand health within the context of other things they value? What do they mean by &quot;good health&quot; and &quot;healthy living?&quot; Where do they locate the responsibility for health? One hypothesis within the argument suggests that for a &quot;culture for health&quot; to be present it must sit within a larger culture of identity, in this case Afro-Brazilian identity. By locating health messages within Afro-Brazilian culture, for example, one is affirming both Afro-Brazilian culture and its proprietorship of good health. By creating a high cultural value on lobbying for and effectively utilizing public health services, one is both taking responsibility for health and simultaneously strengthening public health services (by utilizing them). The AIDS pandemic illustrates both dimensions of the problem. The disease is cutting deeper and deeper into the Afro-Brazilian community, disproportionately so. A recent study, for example, by the Rio de Janeiro State Health Secretariat showed highest rates of infection among the predominantly black poor living in Rio de Janeiro&#39;s Baixada Fluminense lowlands, peripheral and suburban areas. At the same time, the government&#39;s HIV/AIDS prevention and control programs have used language and images that do not contemplate this sector of the population, generating feelings of indifference and exclusion among the Afro-Brazilian population by reinforcing the idea that &quot;AIDS is someone else&#39;s illness and has nothing to do with us.&quot; Practitioners of the Candomblé tend to view AIDS prevention messages as irrelevant to themselves despite the fact that the same razor is used repeatedly to cut initiates, a certain vector for HIV transmission.

Marmo has a three-step strategy. His first step was to design and execute a culturally appropriate AIDS/HIV education program aimed at one of the most hermetic of Afro-Brazil&#39;s sub-cultures- the animist Candomblé religion. By &quot;culturally appropriate,&quot; Marmo means a program that affirms the existing culture and empowers people to act decisively for health. Building on this first strategy, Marmo moved beyond health education narrowly conceived and also beyond the Candomblé community to begin to articulate his culturally empowering approach to health to the wider Afro-Brazilian community. This step involved developing communications and media tools and considerable networking and alliance building with black organizations. The third and final step in the strategy is to establish a set of permanent institutions in black communities that promote a &quot;culture for health.&quot; Marmo has been working with Candomblé communities for several years now and has made a dramatic impact there. His approach was to use the codes and symbols from religion itself to get his prevention message across. He established direct communication with the leaders of the main temples in Rio de Janeiro and Salvador-not an easy thing to do in itself-and through long conversation discovered the way in which Candomblé could fight against AIDS. Together with the Candomblé leadership, he came up with an argument about how, as traditional bearers of the life force, leaders of Candomblé communities have a special responsibility not only of caring for the health of bodies (for example, through initiation rituals) but also that priests should pass along AIDS prevention and other healthful messages. Moreover, Marmo is trying to rescue the traditional understanding and role of religion that points to other ways of dealing with health and disease by using traditional practices as important tools for intervention in enhancing self-esteem and the importance of a healthy body. In the past, in addition to food preparation, families took pride in their knowledge of herbs, teas and other curative plants. One of Marmo&#39;s objectives is to reinstate natural medicine and the Candomblé priest&#39;s role as shaman, thus producing potential community health agents and multipliers of the project&#39;s proposals. The breakthrough in his work with the Candomblé came when the top leadership came to accept that Marmo was genuine in his commitment to rendering health messages from within their world view.
He has built the second level of his &quot;culture for health&quot; edifice on a grant from the MacArthur Foundation, which enabled him to produce a high quality newsletter, called Aray&#39;, and to network extensively with Afro-Brazilian and health education organizations. A yearlong effort has led to the establishment of a network for exchanging information and working jointly not only to combat the AIDS epidemic, but also to initiate new programs from an Afro-Brazilian perspective to restore self-esteem, undertake prevention and foster health mobilization of all groups in the black movement. The aim is to break comprehensively with prejudices and resistance so that even leaders of youth, women&#39;s and cultural movements can also join forces at the national level to further their thinking about the epidemic. The landmark of this initiative to date occured in 1996 when Marmo convened the First National Meeting on the Black Community and the HIV/AIDS Epidemic. The meeting has been heralded as a major success and placed health front and center on the agenda of Brazil&#39;s emerging black movement.
To demonstrate the third strategy of his vision, new &quot;culture for health&quot; institutions, Marmo has begun with his &quot;health stall&quot; concept. He has a prototype of these mobile stalls now operating in Rio, where it circulates health (especially AIDS prevention) information, distributes condoms and alerts people to their public health entitlements (such as free blood testing, treatment centers, and free distribution of the &quot;AIDS cocktail&quot;). The health stalls are attractive and brightly painted and have become an accustomed feature wherever black people in Rio congregate in large numbers, including samba company rehearsals, funk dances, the bus and train station, Lapa district open markets and other events.
The health stall is, like prior elements in Marmo&#39;s unfolding vision, a stepping-stone to what he calls &quot;community health nuclei&quot;-permanent community institutions that promote health from the perspective of Afro-Brazilian culture. Still a gleam in his eye, these nuclei are the ultimate expression of his view that restoring self-esteem through culture is the way to health.

Born and raised on the poor outskirts of Rio de Janeiro, Marmo has always been attuned to social issues. As a teenager he helped organize demands for improvements in local health clinics and nearby public schools, and organized community discussions of basic sanitation and the struggle for primary health care. He studied hard in school and in due course qualified as a dentist, a noteworthy scholarly and professional achievement for someone from his neighborhood. He practiced at the hospital near his home while continuing his involvement in community organizing. For years he had fought to obtain better public health services for poor communities and now, as a practitioner, he was able to observe the system at work from the inside. Gradually he came to believe that while access to and quality of health care for the poor was an issue for struggle and organization, there was another less recognized but perhaps more profound dimension to the problems of health-the absence of self-esteem and a &quot;culture for health.&quot; He became familiar with the Afro-Brazilian movement and black consciousness philosophy and saw important parallels to his own discoveries.
In time, his conviction about the need for a new, culturally affirming type of health activism reached the point where he gave up his secure professional foothold as a dentist and launched his current activities. Remembering that fateful decision, Marmo notes, with characteristic humility and humor, &quot;It was the growing AIDS crisis that made the decision for me. The government prevention programs were so pathetic, as far as Afro-Brazilians were concerned, that I realized I could not do worse.&quot;