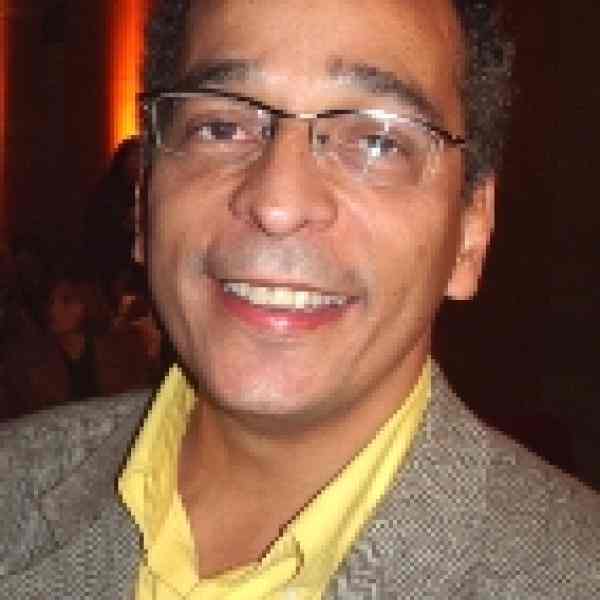 Jaílson de Souza e Silva grew up in one of Rio de Janeiro’s infamous slums, or favelas, is working to link academic research on slum life to the many plans and policies that try to improve slum conditions.

Jaílson believes that misconceptions about the dynamics and culture of favelas in Brazil have undermined attempts at political and social reform. To solve this problem he created the Observatório de Favelas (Slum Observatory).  The Observatório was founded on the idea that an approach to dealing with problems in the vast favelas of Rio de Janeiro should be underpinned by an accurate understanding of the context informed by the experience and knowledge of their inhabitants. Through the Observatório, Jaílson connects universities and research institutions more closely to favelas and engages favela residents more directly in the production, dissemination and application of knowledge. A network of students who grew up and continue to live in favelas leads the Observatório’s research efforts, building more accurate statistical databases, shaping more appropriate public policies, and working with media to disseminate this information to the public. By supporting students from these backgrounds, Jaílson also helps them succeed in university and promotes a successful long term link to their communities that otherwise might not be there. The Observatório model has been replicated in more than 40 universities throughout Brazil.

One reason why programs to address poverty, crime, and violence in Brazil’s favelas so often fail is the fog of misconception and prejudice surrounding these urban spaces. Favelas are a seen as a “paradigm of absence” where the attributes of a healthy city are completely lacking, and instead there are only problems and needs. Images of helplessness and despair dominate the public imagination. Consequently, public policies ignore the dense mosaic of social relations and the accumulated knowledge, skills and coping mechanisms that exist in favelas, and thus fail to build on these neighborhoods’ rich array of social and cultural resources. One key reason that such misconceptions exist is that people who know the favelas best—those who grew up and live there—are not very well represented in institutions such as universities that create, document and disseminate knowledge. Relatively few students from favelas enter university, and those who do face daunting financial, cultural and personal obstacles to succeeding in university. They often come from a background where they have little contact with anyone with a university education, and have little idea of what to expect and how to deal with their new reality as university students. They often either face alienation and marginalization within the university, or conversely abandon their previous social milieu and adopt the culture and aspirations of the university majority. Either way, they are prevented from serving as bridges between the favelas and academia, and fail to provide the cross-fertilization that would be of great benefit to both.There are few university-educated researchers and professionals who have lived that experience and possess professional interest in conducting research and creating and disseminating knowledge about favelas. This limits opportunities to present a fuller and more realistic image that could challenge the biases and misconceptions that permeate academic, policy, and public discourses. Research centers and media outlets therefore continue to perpetuate a distorted view of the dynamics and culture of these communities.

Jaílson found that the best way to start changing the perceptions of favelas was to work through an institution he was already familiar with: the university. He had continued to work in poor communities throughout his university studies; this dual experience prevented an artificial separation between theory and practice while fundamentally helping his analysis of the underlying problems in these communities. He was convinced that the university had to play an important role in illuminating the realities of slum life and changing those realities. Through the Observatório, Jaílson has developed a two pronged strategy to strengthen the role of the university as a bridge between favelas and the outside world: first, involving favela students in research on favelas and second, using that research to inform and design public policy and educate the general public.To involve students from favelas in research, Jaílson designed the Conexão de Saberes (knowledge connection) project to support and bolster university students who come from and continue to live in favelas. These students receive support in making the often difficult transition from favela life to a university environment and participate in research activities and community projects within the favelas that are integrated with their regular studies. These students generate knowledge that can inform policy debates about problems in favelas, while at the same time forming networks within the favelas to spread awareness of university opportunities and of the value of knowledge and research in understanding and addressing social problems.After starting in 2001 with one university in Rio de Janeiro and seven low-income communities, the project expanded quickly to the national level in 2002 through a partnership with the national Ministry of Education. Building on the methodology of the pilot, a coordinator is chosen in each university, and participants are selected based on socio-economic criteria. They must come from and continue to live in low-income communities and commit to participate in research activities and community networks. In return they receive a research and extension scholarship, which ensures that their basic financial needs are met. In 2005 the project expanded to 14 universities and in 2006 it will expand to 40 universities throughout Brazil, with a budget of R$9 million (US$4.2M) provided by the Ministry of Education. In 1995 the project received the Bank of Brazil’s Social Technology award. The Observatório continues to play a coordinating role in this national program. The national consolidation of the program will hopefully bring an equally networked set of favela communities which can serve as a forum to exchange ideas, experiences and visions about their experience.To best use the knowledge generated by the students for the benefit of the community, Jaílson developed additional strategies to disseminate the learning to policy-makers and government agencies. His Maria Amélia Belfort Documentation and Information Center organizes, compiles, and makes available reliable statistics and information on favelas. Information from this Center is used by several government agencies, including the Institute for Applied Economic Research, the Brazilian Institute of Geography and Statistics, as well as citizen sector organizations. This center also contributes to the design, monitoring and assessment of social policies and programs aimed at favelas. To further disseminate knowledge about favelas, Jaílson has created the Communication Center, which carries out education, training, networking and cultural production activities aimed at breaking down barriers between favelas and the outside world and showing the value of life in these peripheral spaces. The program offers courses in a wide variety of media, and produces materials for dissemination through the “Images of the People Agency,” which documents social struggles in rural and urban areas, provides an internet-based image bank and sells photographs taken by its members, who receive 50 percent of the amount of the sale.A particularly important program in the Observatório’s is Rotas de Fuga (Escape Routes), which focuses on the problem of urban violence. As with the Observatório’s other interventions, Rotas de Fuga begins with research on the ground. The program conducted an extensive study, through interviews and analysis, involving 200 families from 30 communities involved in drug trafficking. Program researchers discovered that there was in fact an “unemployment crisis” in the trafficking industry: the sale of drugs within favelas was becoming less lucrative, leading many youths to seek often violent alternatives. Based on this research, a methodology for intervention was designed in cooperation with governments and organizations that combat drug trafficking. The proposals are now being discussed by state agencies with the support of the International Labor Organization and UNICEF; the idea is to create a network to ensure the human rights of these young people are protected. The Observatório has also been holding seminars to disseminate this work and raise awareness of society, in order to promote the creation of a National Program to Combat Lethal Violence against Children and Youth. The Observatório has also published a book of photographs and poetry, produced a photographic exhibition and a documentary about killings of youth in Brazil.

Jaílson de Souza e Silva was born in a suburb of Rio de Janeiro in a poor family. When he was 13, Jaílson began participating in a Catholic youth group supporting prison inmates. In the 1980s he became active in student movements and then joined the Workers Party. He was closely connected to the Liberation Theology movement, which led him to work with popular education in the peripheral areas of the city. Jailson was the only member of his family to enter university.The difficult transition from life in a favela to the university environment led him to reflect on the gulf separating favelas from the outside world, and the potential role of universities and students in bridging that gap. He became aware of the financial, social, cultural, and interpersonal challenges that often prevented students from maintaining their grounding in both worlds. He continued his political party work and had advanced to a senior position in the Political Training Secretariat when in 1991 the party began a process of professionalizing—meaning that he had to choose between the party and another professional career. He decided to leave his position in the party and accept a position as professor at the Fluminense Federal University.Through his work in social movements, he met Eliana, his future wife, and in 1997 they created the Maré Center for Solidary Studies and Actions in the favela of Maré, where Eliana lived. Through CEASM they carried out a range of projects involving education and community development. At the same time Jaílson worked at the University and created a range of programs aimed at connecting academia and grassroots communities. Because of his work in the community and university, Jaílson was chosen by the magazine Veja-Rio as one of the 20 people who made the greatest contribution to Rio de Janeiro in 1999. Over time, Jaílson realized that he wanted to pursue other work, especially in the area of research and training of qualified researchers who could generate information about poor communities and “peoples’ spaces”. Thus in 2001 he brought together a group of economist friends and together they created the Institute of Studies, Labor and Society with the objective of creating programs to influence public policies in Rio de Janeiro. Each person was responsible for a particular project, and Jaílson’s principal focus was the training of a new type of intellectual and researcher, who had first-hand knowledge of the favela, which became the program “Knowledge Connection”. The idea was to construct a program that could become public policy. Over time, the program grew and Jaílson felt the need to create a new organization. Thus in 2003 he formally created the organization Observatório de Favelas, as the umbrella organization within which he could create a variety of innovative programs.