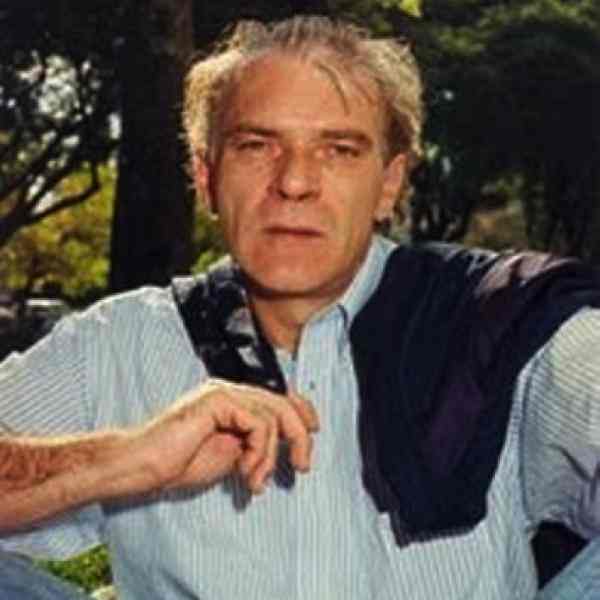 Frederico Fullgraf is an environmental filmmaker and writer from Rio de Janeiro. He is using his skills to educate people and promote popular participation regarding environmental issues, and especially about nuclear energy.

Fullgraf has been in contact with all the communities involved in Brazil's nuclear fuel cycle -- from the uranium mining towns of Minas Gerais and the Amazon through the uranium enrichment and heavy equipment plants in Rio de Janeiro and Sao Paulo, to the power and manufacturing plants like Angra and Sorocaba, to the potential waste disposal sites. Groups from the neighboring communities are the primary users of Fullgraf's materials. They constitute a loose network that helps disseminate this information and whose own struggles pose the broader issues to Brazilian society through concrete, understandable case examples.

On June 25, 1986, three months after the Chernobyl accident, business in the city of Angra dos Reis came to a halt to protest the nuclear power plant Angra I. Before the end of 1986, a judge stopped the plant's operations on the grounds that there was no evacuation plan existed for the 70,000 inhabitants of Angra dos Reis. However, the Supreme Court considered the legal action invalid and the judge was transferred to another area. When finally an evacuation plan was made public, the news was terrifying: it would take 15 days to evacuate Angra dos Reis!
The Angra power plants cost Brazil's impoverished coffers hundreds of millions of dollars. Some outspoken Brazilian scientists insist that they are obsolete and dangerous. In a country with many other sources of electric power (chiefly dams), power plants may never become operational. They are not producing now.
The nuclear issue has to be seen in a broader context. Brazil is the developing world's number one arms exporter; it is fifth in the world. Using its own technology, Brazil is building nuclear submarines at Sorocaba in the interior of Sao Paulo State; other nuclear projects may follow. For years, outside observers have been concerned that Brazil is developing a bomb. Recently Argentina and Brazil have renounced nuclear rivalry, but that policy might depend on the survival of the current governments, both of which are beset by deep economic troubles.
These projects, unlike Angra, have very strong national security and business advocates. Consequently, even if Angra's power plants become a non-issue, the value of a public debate over nuclear policies and safeguards will remain.
Fullgraf is now working with local groups in Sorocaba as well as Angra. In both places, he is helping local people learn about the complex nuclear technology as well as how to deal effectively with the traditionally closed bureaucracies that control it. To the extent that he and these local people succeed, they are demonstrating methods and approaches other communities can follow. And the drama surrounding the forging of a new relationship that requires increased accountability from such powerful and previously unquestioned forces is likely to affect Brazil's social contract, beyond these communities and this issue.
Fullgraf knows that his work will be most effective if it is focused at national and international levels at the same time. He is thus helping immediately affected local communities forge new precedents. He hopes his materials, especially the video, will have broad national impact. He has also just published a book on the "explosive" development of the environmental movement, A Bomba Pacifica (The Peaceful Bomb).

Frederico Fullgraf's life has been dedicated to developing Brazil's "environmental conscience." To achieve this, he believes that the availability of credible and broadly distributed information is critical. The tools he has used to disseminate this information have been those of a journalist, author and filmmaker. Among the environmental issues Fullgraf is particularly concerned with is nuclear energy. He has closely followed nuclear policies and developments in Brazil since the signing of an agreement between Germany and Brazil to build several nuclear power plants in 1978.
Today, after working with an environmental protection/neighborhood organization called "Sociedade Angrense de Protecao Ecologica" (SAPE), Fullgraf believes that he can make a substantial contribution to emerging community/environmental anti-nuclear groups. His chief contribution will be providing these groups with good quality, well-balanced information materials. These materials will be used in educational campaigns to inform directly affected communities as well as the general public.
Fullgraf's short term objectives are: (1) to map the nuclear policy decision-making structure, just recently changed with Brazil's "New Republic", to identify scenarios and key players; (2) to map impact areas in case of nuclear accidents; (3) to prepare a comprehensible booklet to explain the radiological impact of nuclear power plants; (4) to make a video outlining nuclear issues in Brazil; and (5) to work with SAPE on an educational program involving seminars, debates, plays, courses, etc.
The informative booklet and the video script have already been drafted. They show the risks nuclear power may pose (Three Mile Island, Chernobyl, Hiroshima, the Cesium-137 atomic waste); community responses to nuclear facilities in the neighborhood, both in Brazil and abroad; and legal authorities talking about people's right to know the risks and participate in making the decisions.

The son of German immigrants, Fullgraf studied communities and filmmaking in Germany where he was influenced by growing environmental concern reflected by the then-emerging "Greens."
Fullgraf returned to Brazil a committed environmentalist. He worked as a journalist and filmmaker and received prizes for his documentary on the deforestation of the Amazon. He has also worked as a consultant to well-known NGOs, including IBASE and CEDI, and the Church.
Over the last half dozen years, Fullgraf has added solid understanding of this technically complex field and his experience working with local communities to his mastery of the TV/video medium. He has also written for and won credibility with the press. He is working to expand his international allies beyond his initial European contacts.
Fullgraf is now ready to make a major contribution- just as Brazilian society seems ready to focus on this hard issue.