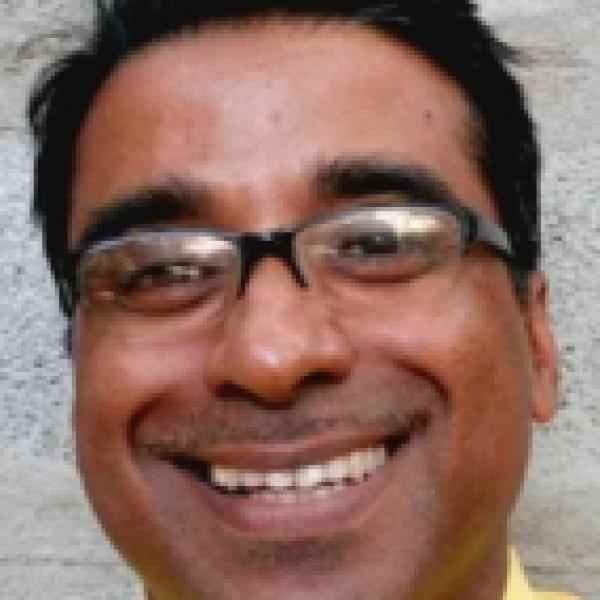 Amlan Ganguly is helping children in slum areas of West Bengal to lead their communities in improving health, sanitation, and hygiene. The children call themselves “area health minders.”

Amlan Ganguly has developed a unique model of child-led activism in which the children of slum areas act as change agents by forming groups and spreading awareness on health, hygiene and sanitation within their community. Amlan and his organization Prayasam support these “area health minders” by providing information and first aid training, creating educational materials, and helping them to become real advocates for their cause. The children have collaborated with more than 60 schools to help form more groups of “area health minders” in the adjacent municipal area, effectively reaching more than 5,000 students and their families.

One of the most pressing concerns of any developing country is health. In India, health services fall grossly short of the country’s needs, making the adage “prevention is better than cure” particularly relevant. Article 24 of the Convention on the Rights of the Child adopted by the United Nations General Assembly in 1989 states, “Children have the right to the highest possible standard of health, and to access to health and medical services,” and all states signed on the Convention, including India, are bound to honor the statutes enshrined within it. Unfortunately, India faces increasing cases of child deaths caused by malaria and diarrhea, both of which are preventable.Although the onus to provide basic health facilities is on the government, the state faces significant constraints for resources and infrastructure. Primary health care centers in rural areas are over-stretched, and clinics for the urban poor are even worse. The majority of the budget of urban local governments is set aside for infrastructure—roads, street lights, water, and waste disposal—while services for education and health are neglected. In fact, education and health services are being eased out of the realm of local government, because in the era of privatization they are still seen as free services with little revenue-generating potential.In this context of falling budgets and uncertain government services, preventive health programs grounded in communities offer some hope to the urban poor. This not only impacts their health, but also their economic earning potential, as disease robs daily wage earners of their income and forces them to spend large parts of their meager income on medicine.

A lawyer, Amlan began his career as an apprentice to the most reputed criminal lawyer in Calcutta. He was soon disillusioned with a legal system that provided little justice to the poor unable to pay fees and withstand the long drawn legal process. Amlan decided to make a complete switch and joined Lutheran World Services in 1996. In 1999, he created Prayasam with the purpose of enabling children to participate in the decisions and factors that affect their lives. To raise the initial funds, Amlan approached his previous employer, LWS, and set up a boutique that sold clothes to raise money for the organization. Amlan personally continues to raise money for Prayasam through consultancies and hosting radio and television programs. With his team at Prayasam, he manages events for overseas agencies like UNDP, UNICEF—Kolkata, DFID, World Vision India as well as for corporations such as Eveready, Exide Industries, governments and COs.