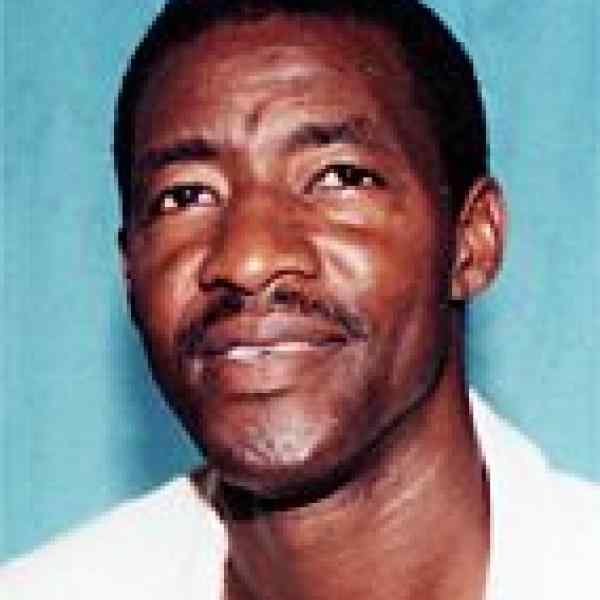 Saidou Ouedraogo (Burkina Faso 1996) has developed an effective and original solution to encouraging the educational success of young girls in traditional rural areas of Burkina Faso. By creating village mothers groups, he is initiating the full involvement of mothers in finding solutions to the customary barriers that hinder girls in their efforts to attend and succeed in school.

As in many other parts of the world, deep discrimination against girls in rural Burkina Faso begins early, in the home. Where there are scarce resources, girls generally receive less food, less health care, and fewer educational opportunities than boys. Saïdou Ouédraogo's far-reaching approach increases the numbers of girls attending and completing school, and helps them to acquire social status and business skills.Saïdou helps parents understand the causes and consequences of low school attendance of girls, and, more importantly, helps them jointly develop their own practical solutions to overcome the specific barriers that lead to non-attendance and early drop-out rates. Saïdou's "Mothers of Pupils Associations" (Associations Mères d'Elèves, or AMEs in French) work alongside the all-male Parent Associations, helping mothers to learn to manage their daughters' schooling.Saïdou is also helping the Association create a home environment conducive to girls' schooling and to start income-generation projects that can pay girls' school fees and raise money to improve the schools. Saïdou hopes to extend the reach of the Association directly to schools, where he hopes they will assist schools to incorporate hygiene, health, and environmentalism into the curriculum. Once women take on this leadership role in the schools, he believes that the experience will carry over both into the home and the wider society.

Studies all over the world have demonstrated that educated girls usually marry later and have fewer, healthier children than uneducated mothers. Educated young women are more apt to protect their environment and remain healthy than girls who have not attended school. Furthermore, the earning opportunities of educated girls are significantly improved.In Burkina Faso, as in most Sahelian countries, few girls living in rural areas have the chance to attend school due to economic factors and deeply entrenched socio-cultural beliefs. Overall school attendance rates are low, and the education of boys takes priority. When economic pressures increase at home, the expenditures for girls' education are sacrificed before those of boys. Parents, especially mothers, prefer to keep their daughters at home to help with domestic tasks and be trained for their future traditional role as wives and mothers. The national literacy rate for adult females is a low fifteen percent, and girls who do attend school are much more likely than boys to drop out before finishing primary school. Statistics from UNICEF indicate that from 1986-1990 only 27 percent of children attending primary school were girls. Girls who leave school also have far fewer alternatives for vocational training opportunities than boys.In Sissili Province, before Saïdou began his program, only one of 270 members of the Parent's Association was a woman. Little attention was given to increasing school attendance among girls. Few teachers in the province are women, and there are few role models to encourage girl students to persevere. The wider social consequences of low school attendance rates have important cross-generational impact: Mothers are the first source of knowledge and values for their children.

Saïdou began his work by holding discussions with the state-ordained Parents' Associations (PAs) of selected schools throughout the province. Once they understood the issues, the "parents" (all men) agreed to help create the Mother's of Pupils Associations (AME's). Saïdou has instituted the organizing groups made up of concerned teachers to meet with parents (both women and men) in each school to discuss the problems girls face. The groups' sessions discuss the prevalent attitudes which typically identify a woman's "place" as in the home, and other issues such as early pregnancies, "child bride" marriages, family financial difficulties and preferences that support boys, the inferiority complexes girls develop, the abusive use of girls in domestic work and the invidious distribution of chores between girls and boys. The groups then discuss the relationships between these factors and the causes and consequences of low school attendance by girls, and try to find positive ways of improving the situation. Discussions revolve around the importance of education for girls, the role of parents in their daughters' education, the management of girls' free time, puberty, and how to overcome girls' sense of inferiority. The groups map out the role of the newly created Mother's of Pupils Associations in girls' schooling in relation to the Parents' Association and other women's groups and associations. Each school proposes solutions and agrees to implement efforts to help girls succeed in school. For example, families have agreed to register their daughters in school and promote a more equitable distribution of domestic chores between boys and girls in the home. In order to help them cover their girls' schooling costs, Saïdou's team also supports the mothers' efforts to develop income generating projects. Individual schools, with the same goal, give mothers training in literacy and small project management, and provide materials and financial support in the form of loans to help Mother's of Pupils Association start up grain processing projects, communal fields, and other small-scale ventures. Profits obtained through these projects are divided into four parts: one to reimburse the school for the initial start-up loan, one to help maintain the existing business venture, one to the Parents' Association (70 percent to be used for girls' schooling, 30 percent for boys), and the last part to help launch new projects.Thanks to these initiatives, Saïdou's program has realized several concrete objectives: Men are more amenable to discussing their daughters' education with their spouses. Mothers discuss the subject among themselves, and often seek out teachers to inquire about their children's progress in school. A fairer distribution of domestic tasks among girls and boys, a highly visible change, is helping to change everyone's attitudes about gender roles. Mothers feel greater solidarity, and through their various income-generating projects have begun contributing to the schooling costs of girls from very poor families. Saïdou's team conducts research both to identify new opportunities for intervention and to stimulate the Mother's of Pupils Associations to measure their continued effectiveness and search for new solutions. For example, per recommendation of the research team, the Mother's of Pupils Associations organized special month-long training sessions for girls on practical and social skills. These courses contributed to their maturity and improved their ability to perform well in school. In one village, the Mother's of Pupils Associations also created an "Ecole Annexe" to provide vocational training for girls who do not obtain the junior high school diploma. In the longer term, Saïdou will encourage the Mother's of Pupils Associations and Parents' Associations to merge to create a single vehicle for parent participation in schooling that can, among other things, promote better opportunities for girls.Having started in five schools in 1993, Saïdou expanded his work to eleven schools in 1994 and thirteen in 1995. Now that his efforts are having a significant impact at the provincial level, both le Sanguie and le Gourma Provinces have solicited Saïdou's help. He is preparing to introduce his method in other parts of the country. Saïdou is building a diverse base of support that includes European foreign aid, a wealthy individual, community groups, and the state education department. Meanwhile, the Mother's of Pupils Associations in Sissili Province are extending their efforts to develop additional improvements around their schools. Plans are underway to supply each school with wastebaskets and a stock of medical supplies, and to develop additional collective fields, animal raising, and other income-generating activities. Slowly, girls and their parents are beginning to change their behavior, both in schools and in their homes.

Born into a middle class family in Ouagadougou, Saïdou is one of fourteen children. He studied linguistics at university, and considers himself an effective communicator who enjoys getting to know people and selling his ideas.After teaching high school for ten years, Saïdou was appointed a senior education inspector. In 1991, he was posted in Sissili Province because of profound problems that existed in the schools there. While most inspectors only stay for their three year assignment because of the difficulties of living in isolated rural regions, Saïdou committed to staying on.Self-motivated and committed to a broader sense of education, Saïdou has worked hard to improve and adapt teaching methods. He introduced new courses in environmental issues. He believes that teachers should not be mediocre and should do more than others to be catalysts for change. As part of his effort to improve the quality of teaching in his province, he organized teachers to go on a research mission in Ghanaian schools.Saïdou's dedication to improving education access for girls has its roots in the fact that his mother never had the opportunity to study, yet expressed a tremendous desire to learn. She always sought to have her children share with her what they were learning in school. This experience gave Saïdou a poignant understanding of the fundamental unfairness of inhibiting the natural desire for learning in anyone, female or male.His years of experience in the education system have taught Saïdou that building girls' confidence and providing opportunities will help girls to develop a whole range of capacities that were once ascribed only to men. He states that stereotypes derived from habitual practices can be changed progressively. "One has to take risks to change something," he remarks, and while change is often resisted, "it is the new and unknown that inspires and disquiets."