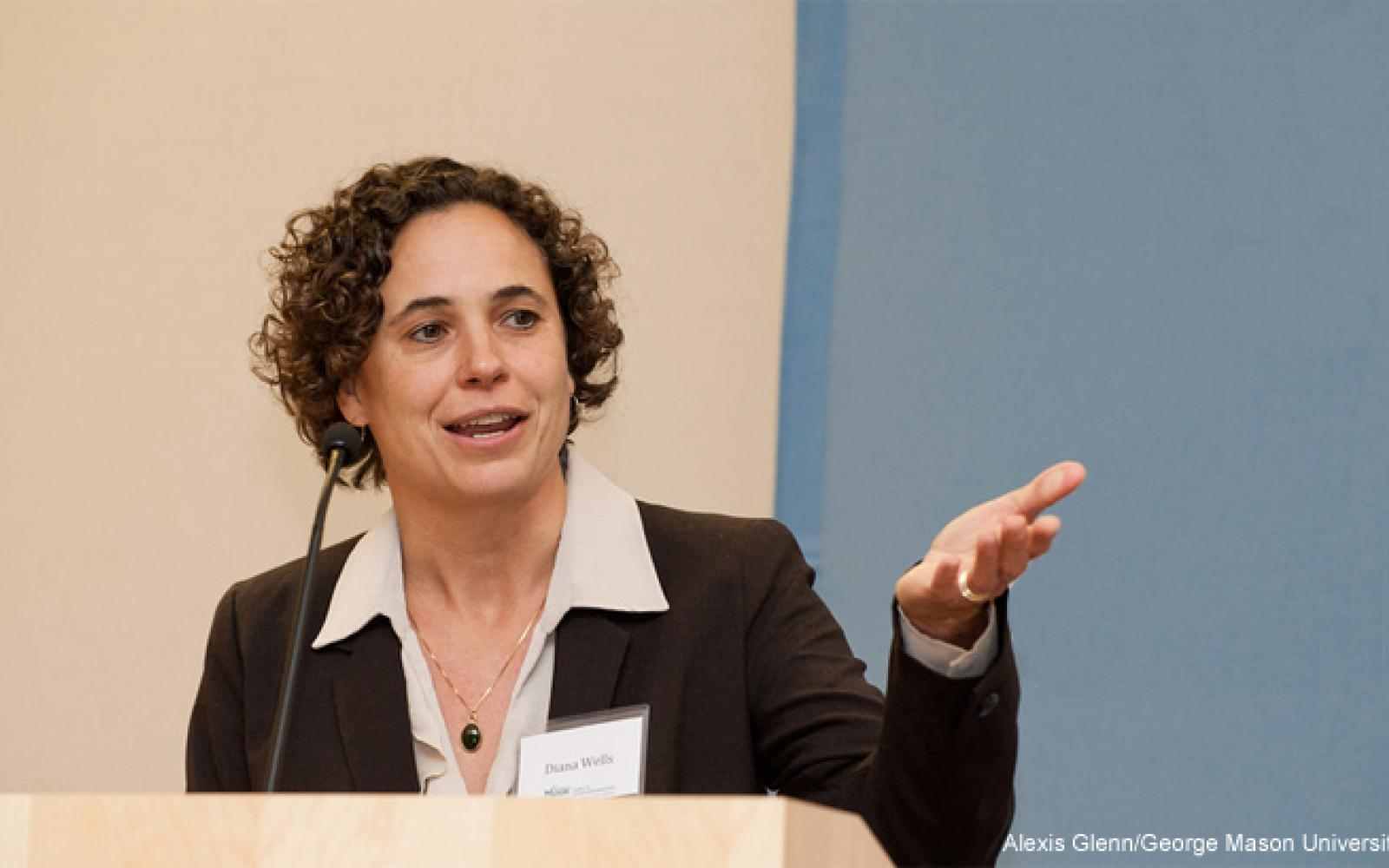 Ashoka's very own Diana Wells got some recognition from her alma mater, Brown University, for exceptional service and contribution to society. Wells last month received the Williams Rogers Award, Brown University's highest honor bestowed for graduates who exemplify “the University's mission to prepare alumni for lives of 'usefulness and reputation.' ”

“Diana Wells’ junior year in India, during which she came to believe in the value of local solutions to complex problems, literally changed her life. After graduation, she joined Ashoka, a nonprofit organization that supports social entrepreneurs around the world, where she created one of the organization’s central programs: systematic support and community for the social entrepreneurs selected as Ashoka Fellows. Diana took a leave to pursue a Ph.D., then returned to Ashoka to continue growing its mission. She led the development of a worldwide discovery and selection program for naming Ashoka Fellows and oversaw the organization’s geographic expansion into more than 70 countries. She also implemented a widely respected tool for measuring the effectiveness of social entrepreneurship, one of the first standard tools to do so. Dr. Wells was named president of Ashoka in 2005.

In 2008, Dr. Wells was a winner of the first annual Women to Watch Award. She has taught at Georgetown University and has edited two compilations on social movements in the United States. She earned her PhD from New York University (2000), where she was both a Fulbright and a Woodrow Wilson scholar.”

The best social entrepreneurs fuel their causes with a blend of impassioned personal investment and informed pragmatic drive. As President of Ashoka, the world’s largest and oldest organization investing in social entrepreners, Diana Wells (1988) equips would-be organizers of social change with the necessary tools to find that blend for themselves. Co-Editor-in-Chief of BHRR Cameron Parsons (’14) sat down with Wells this summer to hear her thoughts on social entrepreneurship, its ideal scope, and its effectiveness.

Brown Human Rights Report: Tell me a little bit about yourself, how you got involved with the social entrepreneurship movement.

Diana Wells: I grew up in Old Lyme, Connecticut, a small  New England town. When I got to Brown, I knew that I wanted to spend time overseas and study abroad and learn a non-European language, so I signed up for Hindi, and I ended up going to India on a Brown program in my junior year. Coming out of that experience and back on campus, I wanted to find ways to stay connected to India. After graduation, one day when I was driving I heard a public service announcement on the radio about an organization called Ashoka, which looked for people who had ideas to solve issues in their own communitiesand was building a network so those ideas would travel many different places. I literally pulled over on the side of the road, wrote down Ashoka’s name, and wound up at Career Services looking up the organization. That was what first brought me to my unpaid internship at Ashoka in the summer of 1988.

At the time, we weren’t using the term “social entrepreneur” widely, though it was a term that [Ashoka founder] Bill Drayton had coined. Ashoka talked about public innovators, and that eventually morphed into social entrepreneurship. Our work in the mid 1980s was to find these rare people with new system change ideas, seek to accelerate their work through financial and non financial support and tell their stories to inspire others to do the same.

Brown Human Rights Report: And how would you define the term social entrepreneurship? Could you talk about the Ashoka model specifically?

Diana Wells:  A social entrepreneur is an individual with a new system-change idea for addressing a societal need, and who has the personal qualities and determination needed to make that idea a reality.  They are driven exclusively by the social impact they want to see in the world.  We now know that the larger impact of these individuals is that they inspire others to believe change is possible and that others have a role to play. Furthermore,  for those ideas to scale in a significant way, collaborative entrepreneurship is the key—when entrepreneurs join forces to realize a collective vision for change

Ashoka was created with the idea that the best way to invest in social change is finding the people who have new and interesting ideas, as well as a larger formative vision that is matched with the practical know-how needed to see their idea come to fruition.

In the Ashoka context, there are very specific criteria we measure them against. First, we examine if there is a new idea with the potential to transform the field or industry. Is this person entrepreneurial? Do they have the big vision and practical knowledge needed? In an interview process, you start asking somebody the “how to” questions. If they are excited (and even more excited) about the “how to” questions as they are about their vision, that’s a key test.

The second key criterion for us with respect to the social entrepreneur is how large their impact will be. The time horizon is not necessarily one year or three years or five years, but at some point could their impact be national or global? They don’t need to grow an organization that is going to manage that, but the idea itself should be magnetic and replicable. The last criterion is what we call ethical fiber. They are doing it for the common good. Not for profit, not for themselves.

Brown Human Rights Report: Now, some have cautioned that the social entrepreneurship movement focuses too much on the individual instead of on institutions or the broader, deeper efforts for social change. How do you respond to that?

Diana Wells: Well, ideas come from individuals. Individuals don’t work in isolation. If they are having the kind of transformative impact that we are looking for, they need to work with others and with other entities.  That is the kind of leadership social entrepreneurs have, and which I would argue, our selection process has honed and is trying to service. No one person creates dramatic change, but they are leaders who inspire others to work on change along with them. Hence, Ashoka’s vision of creating an Everyone a Changemaker world. One example is the idea of microcredit. Beyond the impact of microcredit, we can also see that the idea of microcredit helped to explode our conception of what banking could be and what financial instruments might be for previously conceived “unbankable” populations. The creativity in the financial sector right now is all about the ideas around alternative credit and lending. For many years, there were many more for-profit investment instruments, and there were only grants for individuals. There is now a vast array of ideas and creativity that we’re seeing because of our selection process. I give Mohammed Yunus (Ashoka Global Academy Member) credit for the work that he did to bring the idea of microcredit to the fore and for exploding people’s conceptions of what it could be. This is the broader impact a social entrepreneur has. It’s an idea in itself but it’s also the example of the idea that can have transformative power of breaking our preconceptions of what’s possible.

Brown Human Rights Report: Mentioning Muhammad Yunus, one of his pushes as of late was forging private sector partnerships. One that comes to mind is the Dannon Group. Could you talk about the potential for private sector collaborations going forward?

Diana Wells: This is part of the question that corporations have come to us to help them answer, is there a way to do business and make a profit while also having social impact? This is about helping business find new markets of low-income consumers while giving low-income consumers the sort of consumer choice they haven’t had. Ashoka first worked on this issue in the context of housing, both in Mexico and India. We recognize there is an enormous untapped market for low-income housing, so we can work with business to develop products for low-income housing, as well as new financial instruments to answer the kind of credit questions that are necessary for access to them. The work that Dannon is doing with Muhammad Yunus as well as Ashoka is in its early days in terms of social impact, but it’s very exciting. One of the key roles we can play is to help businesses connect with social entrepreneurs who are working with the potential consumer base and who understand these communities and business might meet their needs.

Brown Human Rights Report: This last question may be impossible to answer, but what’s next for the social entrepreneurship movement? What’s your dream, your vision?

Diana Wells: I remember sitting in a conference room in Ashoka when we first started talking about this global social entrepreneurship movement and how thrilling it was to re-conceptualize the work of an organization as a movement instead of just an institutional mission. It was probably 14 years ago when we first started using that language. For me, making that leap meant it was no longer about one institution or one organization growing or scaling, but instead about spreading ideas.  If the idea of a movement around changemaking can spread, it means a community of like-minded people who have solutions are able to find each other, trust each other, to collaborate with each other in ways that accelerates impact and bringing us that much closer to the possibility of building an everyone a changemaker world. Just for a moment try to imagine a world where every one has the opportunity to work on solving the issues they care most about. It is a very different world than the one we find ourselves in. It is a world where leadership is defined by skills of empathy and teamwork. 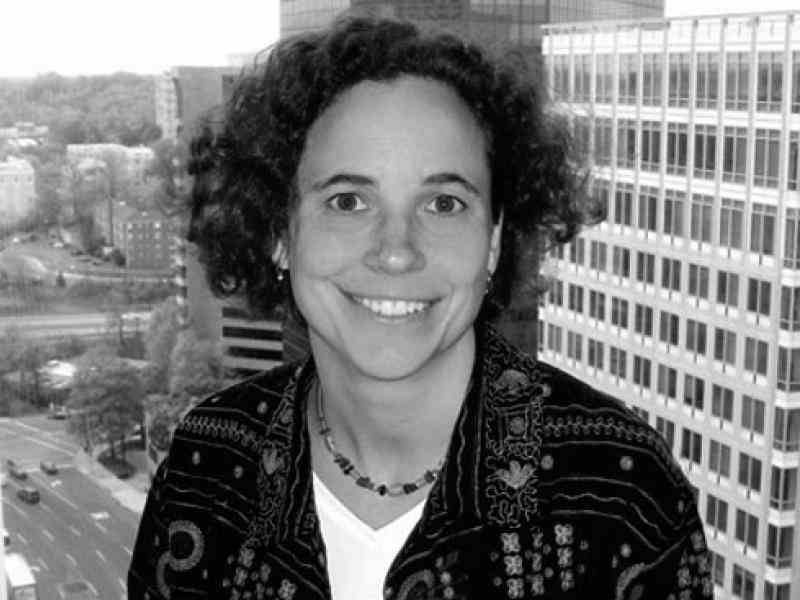 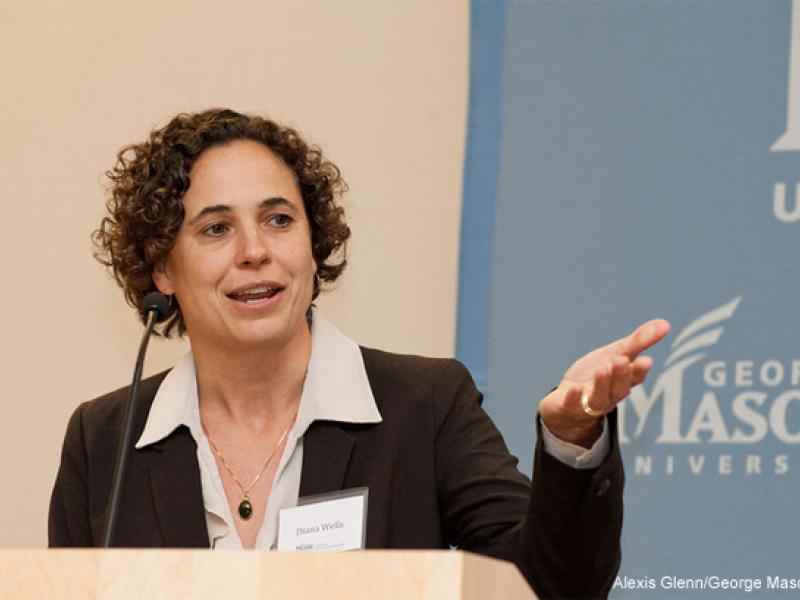