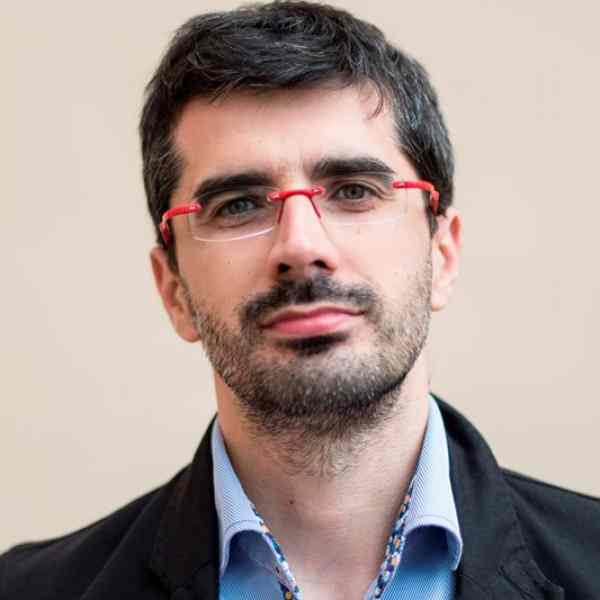 Witold Klaus has introduced a new approach to legal advocacy for marginalized groups in Poland through a client-centered model that draws on individual cases of rights abuses as an instrument to reform malfunctioning laws and legal institutions.

Witold has established a legal services center to combat discrimination against Poland’s marginalized groups. The first public interest organization of its kind in Poland, the center offers legal counsel to individual clients, but more importantly, it is building a body of needed interventions to change public and social policy so that all people in Poland can enjoy full citizenship. Initially focused on immigrants, refugees, and foster children, Witold’s Association for Legal Intervention is also distinctive in its work to educate and train public officials responsible for administering Poland’s laws to do so in a way more favorable to the disempowered. Like many minority and disempowered groups around the world, those in Poland often view law as a mechanism that confines and restricts rights rather than enhances them. Even those rights protected on paper may not be protected in practice due to misinformation or outright discrimination. Witold’s legal services center provides rights education and legal counsel to marginalized groups; carefully analyzes individual cases to identify commonalities and systemic sources of discrimination; brings together judges and other public officials to explore and introduce new legal tools to promote rights; and advocates for changes in legislation. Through its dozens of case studies and extensive research, the Association for Legal Intervention (ALI) has developed a more comprehensive understanding of legal exclusion and discrimination in Poland, and is now helping coordinate the activities of various institutions serving a similar purpose so that together they can be more successful in eliminating the legal discrimination of disadvantaged groups. Since 2005, Witold and his association have achieved a number of legal changes, have worked with hundreds of public officials, and have set a new standard of legal counseling in Poland.

Though Poland is a relatively homogenous society, there are many groups living in Poland who feel disempowered by the legal framework and who increasingly view the law as an instrument of denial of their full citizenship. Those groups include growing numbers of refugees and immigrants that come into Poland from other settings in Eastern Europe—the most prominent being Chechnya—as well as institutionalized children, victims of violence, prisoners, the homeless, and Romani, among others.

From the point of view of marginalized groups, the law is seen as a vehicle for oppression and denial of rights rather than a tool that can improve their lives. Law is regarded as part of the instrumentality of oppression—as a mechanism for further alienating them from the mainstream. This is in part because even as more favorable laws are promised or passed, they continue to be interpreted and applied in discriminatory ways. State officials and legal clerks typically make the most conservative decisions—or simply delay a ruling for months—rather than risk making a ruling that would be questioned by higher authorities. Also, the most marginalized are often the least aware of the legal protections afforded to them and the full range of their rights.

While there are civil society organizations in Poland that provide specific marginalized populations with various kinds of counseling and assistance with residency or citizenship, few are ready to make interventions beyond the individual cases that will lead to more systemic change in both the fabric and practice of the law. Unlike many countries in the world, Poland has lacked the kind of legal resource center where talented lawyers are assembled with a mission that includes but is not confined to offering legal advice to these disempowered people. Without such a resource that can take a more comprehensive approach to legal discrimination—working with clients, administrators of the law, and the language of law itself—it is unlikely that much progress will be made to ensure Poland’s growing minority populations enjoy full citizenship.

Witold began his work in this field as a young lawyer within the Polish Association for Legal Education, teaching people about their rights and offering limited legal advice. He found, however, that the mission of that organization was too confined to rights education and neither permitted extended training of public officials and dialog with judges nor the litigation of individual cases that could facilitate much-needed changes in the interpretation of existing laws and their implementation. Witold founded ALI in 2005 with a group of young enthusiastic lawyer colleagues from the Polish Association for Legal Education seeking to do more for Poland’s marginalized populations. ALI’s strategy is unique in its focus not just on disempowered clients, but also on administrators of and bureaucrats within the law. Most importantly, the Association analyzes individual cases to identify commonalities and then intervenes in ways that will result in better implementation of current laws or in new laws.

Witold’s Association begins by providing counsel for those in need of legal aid. This includes education about their rights and the laws that exist to protect their rights—for example, telling refugee families that their children have a right to attend Poland’s public schools, despite resistance by schoolteachers and bureaucrats. It often includes administrative help in terms of directing clients to the appropriate parts of the Polish bureaucracy with the questions and language they need to resolve their dilemma. In some instances ALI provides counsel for cases that reach court or require some form of official arbitration. The Association also monitors potential rights abuses, including conditions inside children’s homes or the treatment of detainees in airports.

Each individual case is tracked and analyzed in a broader context. Witold and his group of lawyers ask themselves what barriers—legal, social, cultural—exist that prevent this person or group of people from enjoying full citizenship. Their analysis reveals commonalities across groups, whether Chechen refugees waiting for legal status or a child waiting for a foster family. Indeed, because of the amount of overlap, groups of cases can sometimes be resolved, and future problems prevented, through a single intervention. This may require a new amendment to a law, but more often requires simply working with a law’s administrators or with public officials so they can more effectively and empathetically deal with marginalized populations.

ALI’s work with administrators and public officials centers on training them to make sure they understand the full range of alternatives legally available to various groups of people. These officials include teachers, social welfare agents, judges, immigration officers, penitentiary officers, police officers, clerks at the Ministry of Labor and Social Policy, and more. Through ALI, Witold organizes workshops and training sessions and provides participants with reports, case studies, publications, and testimonials that they can use to make better informed decisions in their jobs each day. The goal is to educate them about the rights of individuals much like they educate their clients.

The Association also advocates for changes in legal practice. Even though Polish law does not recognize precedent, Witold noticed that clerks tend to refer to similar cases from the past before making decisions. He began recording the precedent from court proceedings on rights cases and distributing them to clerks, institutions and organizations working with marginalized groups, and of course members of the marginalized groups themselves. They are now published online and available in print on request.

Since its formal inception, Witold’s Association for Legal Intervention has achieved a number of notable successes. The Polish government has withdrawn the one-year residency period previously required before refugees could receive any form of social aid. Witold also helped shorten the period of waiting for permanent residency from ten years to seven years. In addition, the Association’s work led directly to a “children’s bill of rights” for higher standards in child institutions and foster homes. In 2006, Witold designed complementary services—including intercultural advisors, stipends for refugee children, and an intervention phone line—that further his mission of building awareness of minority struggles in Poland and expanding and protecting their rights.

Witold’s idea has been replicated in Poland, for example through the Commission of Social Dialogue which has adopted new standards of legal counseling proposed by Witold and his team. In addition, in coalition with Ashoka Fellow Marek Łagodziński, Witold implements his model with Polish prisoners. Another coalition with the Association of Social Counseling Agencies, promotes preventing racial and ethnic discrimination through implementing high-quality legal counseling.

Witold is taking his ideas outside Poland, including building relationships with Russian citizen organization’s (COs) working with refugees, and by inviting interns from Ukraine (mostly law students) to work with his organization for three weeks. He is currently working on expanding internship offers to other Caucasus countries that in coming years will face a growing number of refugees.

Witold has also been actively engaged in designing and advocating for legislation that would regulate the relations between municipal governments and COs, especially in the context of providing financial support for the sector. Most recently, Witold designed collaborations across countries, including projects with organizations from Belgium and Austria, with the purpose of exchanging best practices in work with marginalized groups. Witold elaborates and promotes the standards of legal counseling being adopted in Poland so that similar organizations can take appropriate action in their own context.

At the moment Witold’s work is supported mostly by public and EU funds. The European strategy of financing social work concerning immigrants allows for the sustainable development of his organization until at least 2013. As Poland’s number of immigrants is on the rise each year, so is the amount of funding available for this field. Witold’s organization runs a number of activities that in the future he will turn into income generating, such as publishing materials for and training of employees of public institutions.

Witold believes that the situation of literally every group in crisis—be they the disabled, victims of crime, homeless, Roma people, foreigners (not only refugees), or minorities—can be improved through his model. He hopes to double his staff within two years.

Since his early school years Witold was active in the scout movement and eventually worked in the Polish headquarters of the scout movement to develop citizen education programs for youth. As a university student, Witold became engaged with legal clinics and then joined the Association of Legal Education, where he designed a number of educational programs for prison functionaries, teachers, police, the unemployed, refugees, and other groups.

After receiving his law degree, Witold was selected among a small group to help develop the standards for CO’s providing legal counseling and information. As a result, Poland’s ten largest counseling organizations adopted the standards, and any new organizations working with marginalized groups must also comply. Witold was also a co-founder of the School of Restorative Justice, a pioneer initiative in educating students about peaceful conflict resolution without violence, established in 2006. His dream is to implement restorative justice as the major tool in reuniting children from foster families with their natural parents and in solving violent and nonviolent conflicts.

While volunteering with the Polish Association for Legal Education, Witold became frustrated with its structural limitations and narrowness of vision. He thus founded the Association of Legal Intervention, taking on a complex approach towards transforming legal structures and institutions for the inclusion of the most marginalized groups in Poland.