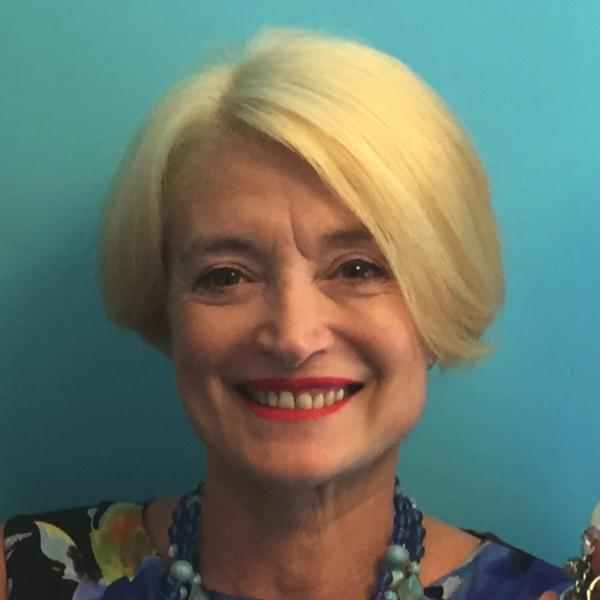 Victoria Shocrón is working, in a non-confrontational way, to integrate young people with disabilities into Argentine society and to educate the Argentine public about people with disabilities. In pursuing those twin goals, she has developed a set of programs, including agreements with progressive employers to train and hire young men and women with Down&#39;s Syndrome and other disabilities, and a cable television series that introduces its audience to the true-life stories of disabled youths.

Victoria Shocrón has been developing original methods for integrating children with disabilities into &quot;normal&quot; society for several years. In 1992, she created a nonprofit organization, the Foundation Disabled with Art (DISCAR), which offers free workshops in dance, drama, music therapy and body mechanics to children with disabilities to help develop their communication and coordination skills. In 1993, she signed an agreement with the president of McDonald&#39;s-Argentina to implement a jobs program for workshop graduates. In early 1994, she started an &quot;Education in Schools&quot; project to sensitize young Argentines without disabilities. And in October 1994, she launched a new cable television show, which tells the story of one of &quot;Vikki&#39;s kids&quot; in each episode. Viewed as a whole, Shocrón&#39;s campaign on behalf of disabled children is having an important impact on diverse sectors of Argentine society-children and teenagers with disabilities and their families; people without visible disabilities; business firms and their hiring practices; and the collective Argentine public conscience. Her vision is most readily understood, however, as two mutually reinforcing ideas, each of which targets a particular audience.
The first idea, which she labels &quot;Disabled People Working? Real Workplace and Social Integration,&quot; aims to integrate disabled teenagers into mainstream Argentine society and into the labor market more specifically. In Victoria&#39;s words, the objective &quot;is to insert the disabled youth into the world of labor, promoting the development of his capacities and making society aware that the disabled person can be successfully absorbed in the workforce and perform productive tasks efficiently.&quot;
The second idea, &quot;Educate the Glance to Help Spur Growth,&quot; seeks to provide the Argentine public with a better understanding of people with disabilities. Shocrón uses both the public school system and mass media to transmit the message that individuals with disabilities, like all other citizens, have first and last names, families, hobbies, likes and dislikes, dreams, projects and long-term aspirations.

People with disabilities suffer severe forms of discrimination in Argentina. Everywhere disabled people turn, they are treated as different, abnormal and subhuman. For the country&#39;s &quot;handicapped&quot; or &quot;mentally retarded&quot; citizens, educational opportunities are restricted and employment opportunities are routinely denied. Argentine society does not readily welcome &quot;different&quot; people into its public spaces. In a particularly poignant manifestation of that unfortunate societal trait, the pressure to be thin and look beautiful has led to a disturbing rise in anorexia and bulimia among Argentine girls and women. An exponentially heightened sense of public rejection, or not &quot;fitting in,&quot; is experienced by Argentine children with disabilities.
Despite the glaring gaps in public awareness and sensitivity, neither the government nor the media gives much attention to the problems encountered by disabled citizens. Despite the obvious abuses of individual rights, there are few advocates representing people with disabilities. In short, children and adults with disabilities are in a very real sense the forgotten people, the &quot;desaparecidos&quot; (or &quot;disappeared&quot;) in the contemporary Argentine setting.

Victoria&#39;s strategy for integrating people with disabilities into the workplace is embodied in the implementation of the 1993 agreement with McDonald&#39;s-Argentina to undertake a job-training and hiring program for graduates of the Foundation&#39;s workshops. As a first step, Victoria identified several students with the requisite skills for inclusion in the program: sufficiently developed comprehension and motor skills; self-confidence and the ability to enter high-risk situations; no history of suffering from episodes of disconnection with reality; and capacity to work in groups. She then contacted the parents, who eventually signed individual work contracts on their children&#39;s behalf. And at that point, the true integration of disabled youth into the workforce began. Through the McDonald&#39;s program, teenagers with disabilities have begun to work alongside fully abled young Argentines in an equal-status relationship. The Foundation&#39;s graduates do not receive special treatment from the McDonald&#39;s managers. &quot;Vikki&#39;s kids&quot; earn the same salary, enjoy the same benefits, perform the same tasks and (in the usual case) enjoy the same possibility of promotion as other McDonald&#39;s personnel.
The job-training program for the Foundation&#39;s graduates produces benefits for all parties involved. &quot;Vikki&#39;s kids&quot; gain self-confidence and a sense of responsibility, as they use their own capabilities to accomplish &quot;real-life&quot; work. Young Argentines with little or no exposure to people with disabilities discover new ways of relating to their disabled peers, as co-workers and full partners in a collective enterprise. McDonald&#39;s gains productive employees who often display more conscientious work habits and greater enthusiasm than their fully able counterparts. Indeed, several of the Foundation&#39;s students have received &quot;Employee of the Month&quot; awards at the McDonald&#39;s restaurants in which they work.
Skepticism, incredulity and fear have evolved into acceptance and admiration for the McDonald&#39;s-&quot;Vikki&#39;s kids&quot; venture. Parents, some of whom initially doubted that their children would be able to succeed in the program, report that the program has forced them to recognize their own prejudices, to see the mistaken limitations they themselves had been imposing on their children. In the last analysis, among its several positive consequences, the most important may well be the impact of the program in restructuring the dynamics of households with disabled children, so that the &quot;workers&quot; are now given greater autonomy, treated with greater respect and afforded opportunities similar to those of their siblings for the very first time.
The wheels are now in motion for the launching of parallel McDonald&#39;s initiatives in several Argentine provinces, and Victoria is pursuing similar joint-venture agreements with executives of several other companies. Meanwhile, the &quot;transportability&quot; of the idea was confirmed when a Chilean nominator of potential Ashoka Fellows reported that advocates of disabled children are planning to replicate the job-training program with the McDonald&#39;s franchise in Chile. And, not surprisingly, the Chilean initiative was in fact inspired by Victoria&#39;s presentation at an international conference on disabilities in Santiago.
Building on the success of the integration component of her vision, Shocrón is now implementing its education element as well. Through an &quot;Education in Schools&quot; initiative, young Argentines are being taught to view disabled people from a new perspective, to avoid labeling or prejudging and to treat people who look different from themselves but are nonetheless fellow human beings with due dignity and respect. And in her latest brainchild, the cable television show, a similar message is directed toward adults. Each hour-long program recounts the true-life history of one of &quot;Vikki&#39;s kids,&quot; with the intent of humanizing Down&#39;s Syndrome and other poorly understood disabilities.
In sum, Victoria&#39;s approach blends empowerment and education in a productive, non-confrontational strategy. Rather than using lawsuits to obtain jobs for her students, she prefers to enter into agreements with progressive employers and hold them out as a models for others to copy. Rather than picketing the presidential Casa Rosada (&quot;Pink House&quot;), she invites President Menem to participate in a charity soccer match to promote her organization&#39;s programs. And rather than writing shrill articles decrying Argentina&#39;s ill-treatment and poor understanding of individuals with disabilities, she has chosen to produce a video program to educate her fellow citizens in an upbeat, noncondescending fashion.

Victoria Shocrón was in the prime of her career as a musical comedy actress when she made a life-altering decision: to leave the theater and re-channel her energies into creating a productive space for children without a voice in society. The seeds of that idea were sown on a beach one summer, when a little boy with Down&#39;s Syndrome, who could not speak a word, befriended Shocrón and her son Facundo by joining in their rhythmic games in the sand. Ever since that summer, Shocrón has been inventing effective ways to open up new space for expression and development for children with disabilities, and to integrate disabled children into traditional spheres of Argentine society. Since founding the Foundation in 1992, Victoria has gained national recognition for her workshops for disabled children, and she has been called upon by the National Commission for Disabled People, by the Argentine Down&#39;s Syndrome Association, by UNICEF and by several other national and international organizations to give public presentations of her ideas and experience. Soon after the creation of the Foundation, its students themselves became the recipients of various honors, including a first prize in mural painting, awarded by the Very Special Arts Foundation and the National Advisory Committee for Disabled Persons.
Victoria displays unusual marketing creativity in overcoming obstacles and marshaling funding for her projects. When she realized that the Foundation&#39;s budget could not support workshops for the children free of charge, she decided to organize a celebrity football match, featuring Argentine actors and soccer players. She succeeded not only in drafting the most popular stars but in enticing President Menem to play in that event. That sporting iniative, &quot;Soccer With the Stars,&quot; has become an important annual fundraiser, and the publicity surrounding those star-studded occasions helps to educate the public about the ideas and activities of DISCAR.
The videos that Victoria has produced-for the school education program, for the cable television program and for the promotion of the McDonald&#39;s job-training program-likewise reflect her public relations savvy. She rarely steps onto a stage without a video in her hand. Thus, although she uses her recognition as an actress to gain new platforms for publicizing the Foundation&#39;s projects, the creative capacities that Victoria relies on to realize her dreams are best characterized as &quot;entrepreneurial.&quot;
People are sometimes surprised to learn that Victoria has a healthy son, and that no one in her family suffers from Down&#39;s Syndrome. The predictable question, therefore, is &quot;Why would a successful actress renounce fame and fortune to fight for a cause that does not affect her directly?&quot; And the clearly discernible answer is &quot;decency, courage and heart.&quot;