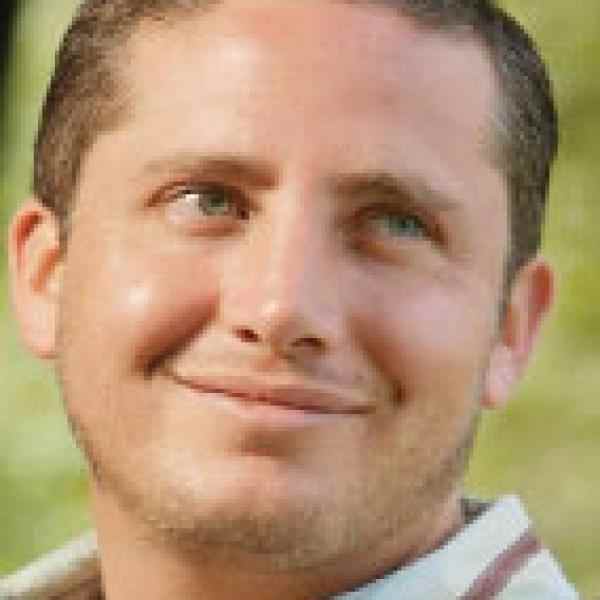 Rodrigo Villar is working to change business practices in Mexico by promoting environmental consciousness. Through his Center for Sustainable Business he helps support the growth of new green enterprises, paving the way for a new generation of environmentally-friendly businesses.

Rodrigo is using a traditional venture capital startup model to encourage positive environmental and social change in Mexico. Instead of focusing his energies on profits, he works to promote the sustained growth of green businesses. The market for such enterprises is small but expanding and through his work, Rodrigo hopes to improve consumers’ accessibility to information regarding environmentally-friendly merchandise.

In an effort to make his plan a reality, Rodrigo founded the Center for Sustainable Business, dedicated to helping small businesses that meet international sustainable development standards succeed. The organization has transformed into a hub that aids in the creation of new projects, offers consulting services, provides access to investment capital, and promotes new ways of accelerating existing sustainable companies.

Rodrigo has brought together an impressive group of partners to join him in his efforts to enhance sustainable development, including visionary investors, national and international citizen organizations (COs), transnational corporations, and the Mexican government. Though his idea is surprisingly simple, his ability to foster growth and create a new demand by raising awareness of environmental issues and informing the public of key institutions has enabled him to leave a lasting social impact and be successful in areas where previous efforts have failed.

Mexico faces many obstacles in the immediate future, including a remarkably high unemployment rate for a population of 100 million people, and a capital that is one of the most polluted cities in the world. The interrelated nature of the economic and environmental troubles is best illustrated by the vast rural and agricultural areas have been abandoned because chemicals and abuse have rendered them barren.

Government efforts to encourage job growth have been unsuccessful, due in part to a lack of venture capital support structures. While the Mexican government has a history of starting new businesses through subsidies, this generally leads to dependency and inefficiency in new enterprises. Additionally, very little technical assistance or business consulting services are provided to help entrepreneurs get started on their own.

During the last decade, a base of socially and environmentally responsible Mexican enterprises were established in response to the international boom in venture capital and increasing attention focused on environmentally responsible initiatives. Though efforts have been limited, interest in clean technology investments, alternative sources of energy, ecotourism, and organic agriculture have been expanding. However, the problem that most sustainable companies in Mexico continue to encounter is the absence of a tangible link to consumers. Because there is limited information available regarding green products, most citizens are unaware of their benefits, let alone their availability.

Consequently, the primary obstacle for these industries is raising awareness about their goods. More people are willing to “go green” and use sustainable products, but have limited knowledge about where to buy them or whether they have actually been certified as legitimate. The disconnection between producers and consumers of sustainable products and services diminishes the potential benefits for the population that stem from economically and socially responsible practices.

Rodrigo started the Center for Sustainable Business to accelerate the development of existing businesses and support twenty new entrepreneurs annually. Exceeding his expectations, he achieved a high success rate early on, which enabled him to attract new investors and secure nearly US$24 million from the private sector in a three-year span.

Having a valuable group of professionals with recognized technical skills, and a visionary, committed leader, the Center for Sustainable Business became a strong consulting institution for new and existing firms as well as COs facing new challenges. Rodrigo’s strategy was so successful, that he received recognition from the Mexican Ministry of Economic Affairs as the best model of a business incubator, after which he received a grant for its further growth and replication. The government recognition has given him more credibility among the private and public sectors. He looks to use this positive reinforcement to assume 20 to 30 percent ownership in future new businesses started by his group, which should help allow his organization to become financially self sustaining.

When Rodrigo began working with consumers, he saw that he needed to go beyond complaints and develop new mechanisms to create more demand for sustainable goods and services. To bridge the gap between producers and consumers, he created, Las Páginas Verdes (The Green Pages) to offer a broad range of sustainable goods and services in an accessible format. The businesses included are selected using existing and recognized certifications and in some cases, evaluations done by Rodrigo’s group. In its first printed edition, the directory included a listing of 1,700 products and services from 1,200 companies, and it is estimated that The Green Pages will reach roughly 600,000 consumers and thousands more through its webpage at www.laspaginasverdes.com.

Rodrigo has also formed partnerships with companies like Wal-Mart to serve as central locations in which green products can be sold and The Green Pages can be distributed. In doing this, he hopes to significantly increase consumption of sustainable goods and services. He is talking with other groups about marketing campaigns to create more consumer awareness of environmentally friendly products and services, and is working on an expansion strategy involving the Yellow Pages.

A key achievement of Rodrigo’s strategy has been to involve various government ministries in his mission towards a more sustainable country with better opportunities for its citizens. His group has not only been a model for other business incubators and accelerators, it has also served as the consulting institution for the government to propose sustainable alternatives for communities living near recently declared ecologic reserves. This has placed the Center in a position to influence public policy directly and to have an important and recognized role in Mexico’s environmental development.

After growing up in Mexico City and earning a degree in finance and accounting, Rodrigo began an apprenticeship with Ernst &amp; Young and the Dow Chemical Company, DESC conglomerate in mergers and acquisitions. Although he was a successful professional, he sought to embark on new endeavors, which led him to Australia; he not only received his MBA, but discovered his entrepreneurial spirit and desire to support innovative initiatives.

After completing his program, Rodrigo rejected many well-paying job offers to start a new social project with the support of the Mexican Fund for Nature Conservation and the World Resources Institute. He became Director of New Ventures’ Mexico, and since then, has transformed its original mission and created a new organization, linking the private, public, and citizen sector to achieve his new mission.

Rodrigo has an impressive track record of incubating twenty-eight sustainable businesses with a US$24 million investment. His accomplishments led the Mexican equivalent of Business Week (Revista Expansión) to feature him as one of Mexico’s thirty most promising people under thirty years old.