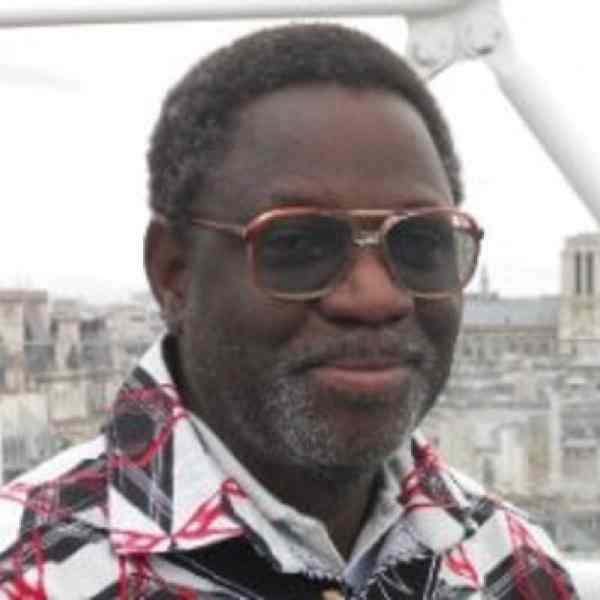 Prosper Kompaoré (Burkina Faso 1997) is professionalizing social intervention theater in the Sahel-West Africa region and Africa more broadly. A poet, playwright, and professor of theater and drama, Prosper is demonstrating the power of theater to enhance economic, social, cultural, and technical development.

Prosper Kompaoré is using participative theater to create scenarios that enable people to look at their most difficult questions, fears, and hopes. Viewer participants have a chance to challenge detrimental aspects of some of their conventions and traditions and explore potential avenues for change. This venue stimulates people to question their beliefs and social systems without putting themselves at risk.Prosper bases his theatrical practice on a format modeled after an indigenous dramatic game, developed as a traditional form of community problem solving, called the Koteba. His version of social-intervention performance developed in the same direction as those theories of popular theater developed by Augusto Boal of Brazil. Prosper adopted the term "Forum Theatre" and borrowed some of Boal's techniques, while remaining faithful to Burkina Faso's Koteba theatrical practice, which frames the originality of his approach and theory.Prosper believes that the potency of Forum Theatre as an agent of social change depends on the excellence of the people who lead the participative theatre events. To that end, he is promoting an "ethic of responsibility" among theatre professionals in the region and is training them to use their skills to address issues of social concern. In Forum Theatre, he is building an institution and training a new generation of theatre professionals, performers, and development practitioners on the continent, who will contribute in innovative and significant ways to sustainable and culturally appropriate development interventions.

Burkina Faso (translation: "we are a people of integrity") has one of the more dynamic human rights movements in the Sahel-West Africa region, and many community associations there are well organized and effective. Despite this, apathy and a widespread sense of fatalism hinder the efforts of those promoting social and economic change. These tensions are exacerbated by the fact that Burkina Faso is one of the poorest countries in Africa with very low literacy levels (nineteen percent overall and nine percent for women, according to the United Nations Human Development Report, 1997), especially among women in rural areas. Economic pressures, brought about by a combination of structural adjustment policies and the 1994 devaluation of the French-franc linked currency, have further reduced existing opportunities for formal education and training.A further problem faced by African countries, like Burkina Faso, is that many of the development "solutions" and "models" promoted over the past three decades have been, and continue to be, promoted by external agents. The need for developing indigenous solutions building on, and not ignoring, the local cultural context is widely recognized. There is a question of how to get the right mix of indigenous knowledge and elements learned from others-how to integrate the past while building the future.

Through his Burkinabé Theater Workshop (ATB), Prosper has demonstrated that his brand of popular theater is an important and effective development tool. The Workshop's approach to instigating social change is outstanding in its effectiveness in getting messages across and the rapid way in which it can affect social change. For example, in collaboration with a prominent local women's organization called Promo-femmes, the Workshop created and staged a play concerning the new Burkinabé Bill of Family and Individual Rights. Immediately after the play, 130 male and female villagers expressed their desire to be married under civil law, because they now saw the advantages of both customary and civil marriages, which had not been so clear prior to the performance. As Prosper explains, "It is democratic theater. It is meant to involve people, to encourage them to express themselves, to let them know that they have a right to their opinion. The theatre forum gives them a sense that they can generate change. It is a way to help them end a sense of fatalism - a major obstacle that needs to be overcome." It is an approach that has the further merit of encouraging respect for popular understanding and wisdom, and the preservation of those positive local traditions and cultural practices which are slowly disappearing.At the heart of his strategy is Prosper's commitment to a combination of professionalism and high quality performance with continual interaction and research at the community level and within the academy. He is improving the artistic quality of the Workshop company and building it into a strong, permanent, high-calibre professional cadre for community theatre in Africa by propagating first-class Forum Theater techniques, including song, dance, role play, and improvisation. He is nurturing and training a new generation of managers, performers, and development practitioners on the continent who will sustain the work begun with the core group at the Workshop. This will be achieved by providing quality training in popular theater techniques and management to university students and Workshop graduates who can then train community troupes in Burkina Faso and other African countries. Immediate commitments include institutional and artistic support to three women's theatre groups, and Prosper will be providing the same sort of support to the National Federation of Forum Theatre which consists of twelve different theatre companies using Forum Theatre techniques.Prosper has also been successful in disseminating his ideas to other development practitioners and persuading them to use theater as an educational and communication tool. As Prosper notes, "Forum Theatre becomes a social event which inscribes itself in the life of the spectator." It is an effective social catalyst with the potential of reaching many more people than those who attend performances. He has collaborated with a wide range of institutions, development organizations, and government ministries and has developed a very practical and extensive repertoire of performances to disseminate messages on such issues as potable water, sanitation, dental hygiene, and reproductive health. In addition to interactive drama, the Workshop also has a repertoire of performances based on famous novels and writers, for example, Aimé Cesaire and Chinua Achebe. Such performances constitute twenty percent of its activities.The Workshop has practiced Forum Theatre since 1983. Each year, its members write and produce individually or collectively four new plays; they stage an average of ten performances in Ouagadougou and 30 in towns and villages throughout the country and increase the number of plays and performances annually. Through newspaper reports on Workshop performances and a highly popular 40-episode radio soap opera on family planning, which it developed for the Ministry of Health and is broadcast over national radio in Moore, French and Jula, the Workshop reaches many more people. Twenty-six new episodes are planned which will incorporate suggestions for plot and character development sent in by listeners, and plans are underway to produce the story for television and videocassette.Prosper has founded and continues to organize the biannual International Festival of Theater for Development. It is aimed at encouraging professional and popular exchanges of creative theatre work during a week-long celebration of workshops, round-table discussions, and public events. The festival is supported by government, the private sector, and development agencies, which have all recognized the importance of promoting art and culture as a creative and entertaining means to achieve development goals. Beginning in 1988, with the participation of ten troupes from four countries, it grew by 1996 to nearly 100 theater groups from 25 countries, and, in 1998, theater groups from every country in sub-Saharan Africa performed in the Festival. The Festival is a powerful tool that allows the Workshop to encourage other troupes from western, eastern, and southern Africa to network and use professional Forum Theatre techniques.

Prosper was born in 1950 in Abidjan, the capital of Cote d'Ivoire. He is of Mossi lineage, the largest ethnic group in Burkina Faso. In 1962 Prosper's family returned to Burkina and he went on to complete eight years of education in a seminary in Ouagadougou. As a young boy he was active in the Boy Scout movement, heading cultural activities, and organizing youth groups. Throughout his childhood and teenage years he took part in artistic and theater activities and at the age of twenty became a member of the Modern Ballet Corps.In 1970, during his undergraduate studies at the University of Ouagadougou, Prosper created the first university student theater group in Burkina. He went on to complete a masters degree and a doctorate in theater studies at the Sorbonne in Paris, during which time he created an African theater troupe. Working with this theater group helped Prosper to deal with his first encounters with racism. He wrote his Ph.D. thesis on "The Forms of Theatralisation in the Traditions of Upper Volta."In 1977 Prosper began extensive research on performance theatre within African tradition, and in 1979 he began theatrical experimentation and interaction with community audiences in rural and urban areas. He notes that, "the creation of a group gave me the opportunity to test out a certain number of ideas and intuitions that I had during my university research. I had felt that our cultural heritage possessed riches that one could [utilize] in innovative ways."For the past 25 years Prosper has been a leading advocate for African artistic expression, and has devoted himself to promoting its importance and relevance to the social, economic, and cultural development process. He has been active and visible in the cultural events of the country. He has served as the Director-General of Cultural Affairs and participated in organizing cultural events such as the Festival of Pan-African Cinema, which is held in Ouagadougou every two years, the National Week of Culture, and the Biannual ATB Pan-African Theatre Festival. Prosper became the Director-General of the Institute of Black Peoples in 1988 and has acted as a consultant on theater and communication for such groups as IRED, United Nations Educational, Scientific and Cultural Organization, and John Hopkins University in the United States.Prosper has published many articles and papers on theater in Burkina Faso, and, as a professor at the University of Ouagadougou, he created a course on theater. In his opinion, all issues in Africa have to deal with social justice in one way or another, and he is committed to using all of his skills to change social patterns in West Africa. A man of commanding presence and deep spirituality, he has the courage and vision to look at his own tradition and think about what has to change and what should be retained to rebuild the fabric of society.