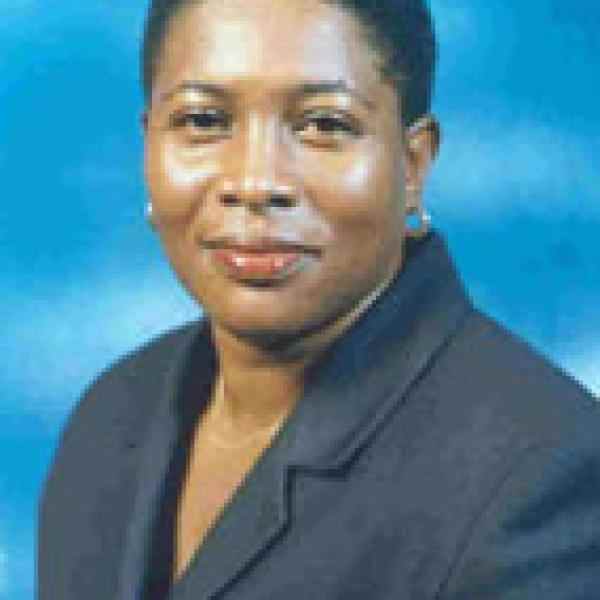 Lillian Keene-Mugerwa promotes and defends labor rights in Uganda, placing particular emphasis on the rights of marginalized workers in the informal sector.

Lillian also engages in strategic litigation in instances where rights abuses in both the informal and formal sectors need to be addressed through new legislation, improved labor policies, and regulation at the national level. Such litigation is intended both to deter manipulation of workers by employers and to cause the government to take appropriate action. In the future, Lillian will offer training in labor rights for employers and trade union leaders. Her ideas are replicable throughout the region and beyond.

Most Ugandans survive on modest livelihoods from jobs in the informal sector. An estimated 55 percent of Uganda's population of 20 million live below the poverty line, and more than seven million people live in abject poverty. Approximately 70 percent of Ugandan workers are nonunionized and often undocumented; as such they are deprived of even the meager protections prescribed by relevant legislation and government regulations. For many, work is characterized by unsafe and unhealthy conditions, unfair dismissals, employers cheating workers on overtime, and inadequate protection of pension contributions. Exploitation faced by more than three million child workers, the majority of whom are girls, is particularly acute. Girls and women are regularly subjected to gender-specific discrimination, including sexual harassment, intimidation, and threats.

The government's inability to assure compliance with labor legislation is a growing problem. The ministry responsible for the enforcement and inspection of the workplace is constrained in enforcing compliance to labor legislation by lack of facilities and tools for inspection. Inadequate enforcement is compounded by problems in Uganda's labor unions, including insufficient transparency and accountability, persistent leadership problems, the unions' representation of only a small fraction of Ugandan workers, and the absence of other organizations committed to the effective protection and promotion of workers' rights.

A handful of organizations exist in Uganda to promote labor legislation and protect the rights of workers, but their services are unaffordable, limited in scope, and often ineffective. Currently, Human Rights Concern is the only human rights organization that has incorporated workers' rights into its human rights education program.

Working as a board member in charge of the Children's Desk for the Uganda Association of Women Lawyers, Lillian came to realize the scope of the serious rights abuses encountered both by girls and women in domestic service and by child and adult workers in the informal sector generally. She became aware of the absence of an effective, independent citizen sector organization working to curb those abuses. Thus, following her return from graduate studies in the United Kingdom, she organized the Platform for Labor Action (PLA), which was legally registered in 2000 and launched its program activities in mid-2001.

As one of its strategies, PLA undertakes legal action in defense of the labor rights of clients from the informal and formal sectors who come to PLA for assistance. Lillian and her team offer alternatives to traditional litigation–inaccessible for marginalized workers in the informal sector–including settlements negotiated out of court and referrals to the government-established Human Rights Commission. PLA plans to undertake strategic litigation, with the longer-term aim of contributing to improved labor policies that will protect the labor rights of particularly vulnerable groups. In that regard, it is initially focusing much of its efforts on domestic workers. As part of that work, PLA has stimulated the formation of an association of domestic workers in Kampala, with future plans to work in a similar way with other groups of informal sector workers.

As resources permit, Lillian intends to incorporate training as a major component of PLA's activities. Training initiatives will include working with groups of marginalized workers to make them more aware of their labor rights. Through PLA, Lillian also plans to provide trade union leaders with training in advocacy skills, as well as transparency and accountability dimensions of organizational management. PLA will collaborate with the Federation of Uganda Employers in organizing workshops on workers' rights for key private sector personnel.

Furthermore, PLA is engaged in advocating improvements in labor legislation and labor policy at the national level. In its advocacy work, PLA will forge partnerships with trade unions and human rights organizations at the local, national, and international levels. In support of these projects, PLA plans to produce an annual publication on "The State of Labor in Uganda."

With the aim of broadening its impact, PLA hopes to play a leading role in directing the regional integration agenda in matters affecting the workplace. It is applying for observer status with the East African Community, which will facilitate its ability to monitor the activities of the community and influence decisions that affect labor and employment. PLA also plans to establish a Web site with regularly updated information on labor and employment issues in Uganda.

Lillian grew up in Kampala in a family committed to providing her with excellent educational opportunities. In high school, she participated in a "visiting club" that provided various services to senior citizens in nearby communities–an experience that gave her insight into the importance of volunteer services for people who are unable to find or pay for other ways to meet their most pressing needs.

After earning a law degree, Lillian served in Uganda's Ministry of Water, Lands and Environment in a series of posts including Land Officer, Senior Land Inspector, and Desk Officer for Alternative Dispute Resolution. Each of these assignments provided her with insights and skills that she is now employing in PLA.

Even while working with the ministry, Lillian devoted considerable energy to the Uganda Association of Women Lawyers as a board member responsible for the Children's Desk. This role exposed her to the problems of children, and particularly to the vulnerability of child domestic workers.

In 2000 Lillian launched Platform for Labor Action. Having completed all the groundwork, she spent a year at the University of Sussex, United Kingdom, pursuing a Master of Arts in Governance and Development. This experience prepared her further for the task of consolidating the PLA work. Upon her return, Lillian devoted increasing portions of her time to PLA and now works full-time with the organization.

She has continued to share her views on human rights promotion and labor rights observance at various forums in Africa, the United Kingdom, and the United States. She has written several papers on children's rights, girls in domestic service, and similar topics, and has made related presentations at international gatherings, including the Association of Women Lawyer's Bi-annual Convention held in Kenya in 1998 and an African Legal Aid Conference in Ghana in 1999.