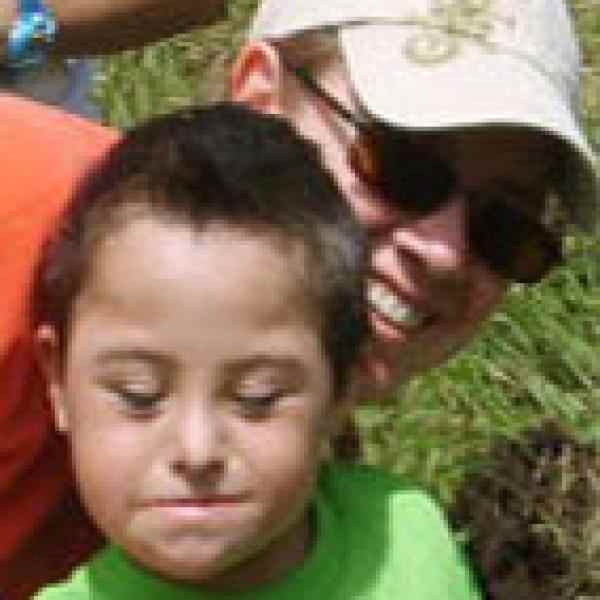 Laura has formed an alliance of multiple institutions to create the Climate Change Friendly Program (CCF) in Costa Rica, an initiative designed to foment ordinary citizens’ investment in the environment. Laura and her collaborators calculate average carbon emissions from everyday activities like car travel and determine the number of trees that must be planted to offset these emissions. Interested individuals and companies can purchase a certificate or sticker that identifies them as carbon neutral, and Laura uses the funds to replant native species in high-priority areas in Costa Rica. In the CCF’s first year of operation, Laura raised US$40,000 and planted 6,500 trees, in the second year 35 000 trees were planted, all of which are monitored for three years and replaced if necessary.

Laura’s work is transforming environmental action in Costa Rica on two levels. First, the CCF is making carbon neutrality accessible for ordinary citizens. Currently carbon trading markets are seen as the domain of wealthy individuals or large multinational corporations wishing to boost their environmental credentials. By scaling carbon trading down to individuals and small businesses, however, the CCF is democratizing carbon emissions trading. Second, Laura is building popular consciousness about climate change as a real and important problem that affects everyone and requires collaboration to find solutions.

Although the program has only completed its second year, it has already drawn attention throughout Costa Rica and beyond. Laura has begun exploring opportunities for international replication with interested environmental organizations in Central America and the Caribbean. Within the next five years, she envisions the CCF as an international initiative channeling financial resources not only towards reforestation but also towards recycling, sustainable agriculture and alternative energy sources.

Climate change is rapidly becoming an urgent problem facing industrialized and developing nations alike. The majority of scientists and policymakers now agree that immediate collective action must be taken to find large-scale solutions. Unfortunately, the complexity of the climate change issue and causes have prevented bold action from being taken. Moreover, although climate change is now gaining more media coverage, many people still believe the consequences of climate change are distant. This is particularly true of emerging economies where many people lack not only the motivation but also the resources to invest in climate change solutions. Even in a country like Costa Rica where environmental consciousness is relatively high, the perception that climate change is not relevant to everyday life remains widespread.

While international bodies have set up some infrastructure for reducing greenhouse gas emissions, such as the mandatory carbon emissions trading system established by the Kyoto Protocol, these mechanisms are primarily directed towards large and influential actors like national governments. Voluntary carbon trading markets and schemes have also been created and are particularly popular in Europe, but participation tends to be limited to large multinational corporations and wealthy, highly educated individuals with the knowledge and money to purchase carbon offsets for their emissions.

Carbon emissions trading has yet to reach a massive scale because of a lack of both supply and demand, especially in developing countries. While business travelers can readily purchase carbon offsets for their plane travel on the Internet, ordinary citizens often lack the awareness and resources to seek carbon offsets for their daily activities like car travel or household energy consumption. Similarly, small- and medium-sized enterprises rarely budget for carbon emissions offsets for their operations. The common perception that carbon neutrality is an ideal for governments and multinational corporations rather than individual citizens to achieve perpetuates the feeling that climate change is a distant problem for scientists and politicians.

CCF is run jointly by four partner organizations: Program for Allies in Climate Change, which coordinates the program; the Atmospheric Chemistry Laboratory of National University, which calculates carbon emissions; the Institute of Forest Research and Services of National University, which handles the reforestation; and Control Union Certifications, a company that issues the carbon-neutral certifications. Funding for the CCF has come entirely from the program’s sales of carbon emissions offsets.

This four-way institutional alliance is the basis for the program’s rapid success in its first two years of operation; other organizations such as Corcovado Foundation and GS1 have joined the group. By bringing these organizations together, Laura is leveraging not only the expertise of each institution but also their respective reputations to build the CCF’s credibility. The National University is one of the most respected academic institutions in the country. Control Union functions as a semi-external auditor that monitors the quality of the CCF’s work and holds the program accountable to the individuals and companies that have paid to offset their carbon emissions. GS1 is providing technology for the tree monitoring and the system traceability through the internet that will start working in 2010 and other environmental organizations that work with small producers have also joined the program.

Laura designed the CCF to be a straightforward, user-friendly process for ordinary citizens and businesses to become carbon neutral. Individuals pay US$60 for a decal that designates their cars as carbon neutral. Interested companies work directly with the CCF to create a carbon emissions reduction plan; they may compensate remaining emissions by contributing to CCF’s funds. Participating companies receive a certificate or are permitted to use the “Climate-Change Friendly” seal on their products as a marketing advantage. The CCF uses these funds to reforest critical areas in Costa Rica; for example, the CCF plants eleven native trees, the number necessary to offset the average 5.5 tons of carbon dioxide emitted annually by a single vehicle, for each individual contribution of US$60. The Institute of Forest Research and Services, one of the program’s main partners, monitors the growth of each tree for three years to ensure that it is alive and well. Any diseased or dying trees are replaced to ensure the long-term effectiveness of the program.

After months of negotiations with BAC Credomatic Group, one of Central America’s largest regional banks, Laura´s Program signed an agreement in which the bank will offer CCF’s carbon emissions offsets to its clients as one of the financial products in its portfolio alongside personal loans and mortgages. In January 2009, the bank took Laura´s idea without any communication, left the CCF Program behind and started telling the public that they created the system. While a defense process is going on with BAC, Laura sent already several proposals for new bank partners to work with and have a brand new financial platform for people to collaborate.

Besides making carbon neutrality more accessible, Laura’s other primary mission is to create a popular culture of investing in the environment. Although many people are now aware of the climate change issue, few have changed their own habits to become carbon neutral. Laura’s message, which she is spreading through national media networks and partnerships with private-sector companies, is that climate change affects everyone, so everyone must contribute to reducing greenhouse gas emissions. Laura has launched the CCF at a particularly propitious time in Costa Rica; in 2007 the government announced its intention to make Costa Rica the first country to become carbon neutral by 2021, the 200th anniversary of the country’s independence. Against this backdrop, interest in carbon neutrality has slowly begun to permeate different sectors of Costa Rican society. The CCF offers a simple and elegant means for ordinary people and ordinary businesses to participate in the emerging wave of climate change consciousness.

The primary differences between the CCF and other reforestation or carbon emissions compensation programs are related to the target audience and the reforestation process. Laura’s goal is to make carbon neutrality both accessible and popular so that investment in the environment snowballs as peer pressure increases to become more environmentally proactive. Unlike other programs, the CCF offers participants a carbon-neutral seal, certificate, or decal so that participants can proudly display proof of their environmental investment. Laura considers this a powerful marketing tool to generate more interest in the program. In terms of reforestation, many existing programs are criticized for fixating on the numbers of trees planted rather than implementing a long-term plan to ensure that the seedlings actually survive to absorb atmospheric carbon. To avoid this problem, Laura and her partners at the Institute of Forest Research and Services heavily emphasize the careful selection of the native tree species that are best suited to each plot of land and the watchful monitoring of each tree for three years after being planted. The CCF favors trees that will not only sequester carbon but also attract fauna and, once fully grown, provide wood of economic value to local farmers; who have agreed to plant a new seedling when cutting down mature trees that no longer sequester carbon.

Laura is discussing opportunities for replicating the CCF model with interested environmental organizations in Guatemala, Nicaragua, and the Dominican Republic. In addition to expanding her model beyond Costa Rica in the medium- to long-term future, Laura will begin investing funds from the CCF in alternative energy technologies like solar-powered kitchens, sustainable agriculture and reforestation.

Laura has had a strong interest in the environment since she was young. In 1995, she received a scholarship to study at Earth University, a private university founded by USAID in Costa Rica and devoted to agricultural sciences and resource management for environmental conservation. During her time as an agronomy student, Laura was particularly interested in organic farming and agricultural best practices that emphasized environmental sustainability. In 1998, the same year that she graduated with honors from Earth University, Laura received the Latin American Business Environmental Learning and Leadership prize from the World Resources Institute, an environmental organization based in Washington, D.C. for her undergraduate research.

After graduation, Laura worked as a freelance inspector in the organic foods industry, which exposed her to the logistics of certification processes. She has always relished self-directed work in less structured environments. In 2004, she was contacted by Control Union Certifications—now one of the main CCF partners—which at the time was looking for a representative to work with clients in Costa Rica. She accepted the position and created a close but flexible working relationship with the certifications company.

In 2005, Laura attended a conference organized by the International Federation of Organic Agriculture Movements in Australia, where she heard her first scientific lecture on climate change. She was deeply impacted both by the lecture and by the discovery of an Australian organization that was reforesting one of the country’s most important watersheds. These two experiences inspired her to create the “Climate Change Friendly” designation in Costa Rica and pair it with the popularization of carbon neutrality. Laura knocked on many doors and vetted the idea with many friends and colleagues working in climate change before convincing the highly reputed Tropical Scientific Center to provide her with financial and institutional support to launch the CCF in 2006.