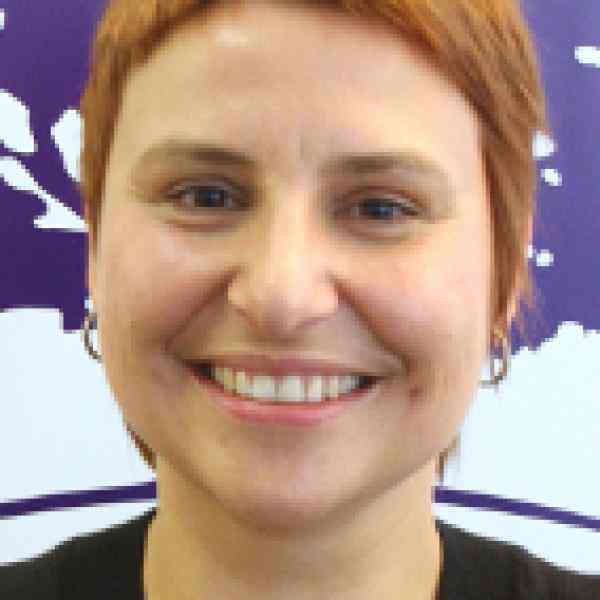 Katarzyna Batko-Tołuć is promoting transparency and civic engagement at the local level as key ingredients in a democratic society. She is transforming the relationship between citizens and local governments by facilitating dialogue between both parties and promoting the shared benefits of this new relationship.

By raising awareness about the mutual benefits gained from citizen participation in public life, Katarzyna is building a new transparent relationship between institutions and citizens throughout Poland. She is implementing the idea of transparency and participatory government at the local level where it is most visible and most needed.

At the citizen level, Katarzyna finds and trains local leaders as “watchdogs” to normalize the behavior of citizens asking for information from their governments and taking an interest in public life. These watchdogs formulate best practices to communicate with public officials, acting as examples for other citizens to engage with their local municipality and develop respect for the new relationships they have co-authored.

At the institutional level, Katarzyna is introducing the practice of public officials inviting citizens to become partners in the governing processes, thereby becoming truly citizen-oriented. Through training developed by Katarzyna, public authorities learn how to effectively listen and respond to citizens’ needs rather than assuming that citizens are challenging their authority.

Through her transparency work, Katarzyna is replacing the culture of secrecy that has prevailed in Poland at the local level. By demonstrating the correlation between community development and transparency, she is introducing a precedent relationship between citizens and local authorities in post-communist countries, which helps prove that a community’s progress is directly correlated to the extent that people have a right to information and can participate in democratic procedures of governing.

Democratic changes were introduced in a rush after the political transformation of Poland in 1989. In many instances these changes have not fully taken effect throughout Poland. For the most part, the relationship between public authorities and citizens remains dominated by secrecy and mutual suspicion. During communist rule, citizens were taught to be passive actors in the political realm and therefore, to this day, have developed neither the skills nor the perceived need to be informed about the political process. Most people do not understand the role transparency plays in public life and few think to ask for information that is by law open to the public.

The culture of secrecy dominant in public life inhibits dialogue between institutions and citizens; institutions are not used to listening to citizens and citizens do not expect to be asked about their needs or opinions. Without communication, local communities lack the power to monitor and provide feedback to public institutions, while lack of communication destroys social capital and discourages local initiatives. Finally, it results in a high instance of law breaking among public authorities when they deny access to information or introduce procedures to discourage citizens from asking for information. Although the media monitors the central government, local authorities have no checks to ensure their transparency. Although some actions are taken to give citizens the impression that their opinion matters (e.g. social consultancies; suggestion box for customers, and so on), in fact no one takes their opinions into consideration.

Most social organizations working on transparency issues on an international level are not effective in Poland. And while local and national organizations may “do anti-corruption” work, among other initiatives, they do not apply systemic, long-term solutions to the problem. Moreover, there are no organizations or initiatives addressing the problem at the local level where the need to reform relationships in public life is most pressing, as dialogue and participation are directly related to the development of a community.

Among citizens, Katarzyna is building a network of active leaders who have been trained to perform the role of watchdogs. Watchdogs monitor institutions and if the institutions are not respecting the right to information, with the support of Katarzyna’s association and its members, they intervene to change the situation. By showing how citizens may participate in public life, these community leaders act as role models for the rest of the community and change age old perceptions of public authorities.

In Katarzyna’s School of Watchdog Initiatives, watchdogs receive thorough training and complex support after graduation, to avoid the frustration that often results from contact with resistant and uncooperative representatives of local institutions. Since the inception of the school in 2006, Katarzyna has trained leaders in 30 locations across Poland, in both rural and urban communities.

Based on her personal experience as a watchdog and her extensive research in the field, Katarzyna created a set of rules on how to choose and train local leaders to perform the role of watchdogs. For example, Katarzyna introduced a practice that exists in Western countries but has not yet been adopted by organizations working with transparency issues in post-communist countries: Watchdogs must be apolitical and independent of the state. This means that teachers or other individuals paid by the state cannot effectively be watchdogs because a watchdog’s activities often involve confrontation with hostile institutions.

After undergoing training, watchdogs become members of the network created by Katarzyna, the Association of Leaders of Local Civic Groups, where they exchange experiences and develop methodology. One such best practice is that when a group of watchdogs write letters to an institution advocating a particular issue, they will use multiple fonts and language across their correspondence to hide their identity as watchdogs.

For Katarzyna, training citizens on the best ways to request public information is just as important as providing public authorities with the know-how to effectively respond to these requests. Through the activities of watchdogs, institutions are exposed to citizens that request information and desire to be part of the decision-making process. This has been such a novel phenomenon that public authorities from various institutions across Poland contacted each other to consult on “how to confront a watchdog.” Katarzyna responded by developing training for municipality officials on how to respond properly not only to the requests of a watchdog, but also to those of an ordinary citizen.

The method Katarzyna applied from the beginning, asking for information just to check if it will be provided, seemed offensive to those public servants truly dedicated to their public service. Her new approach is to prove to both parties that open information leads to citizen participation in public life, which is necessary for the progress of local communities. The first step is to overcome mutual suspicion between public officials, who are not used to being asked for information unless in the form of a report, and citizens, who do not expect an institution to be open and to listen to them.

Katarzyna also organizes a reoccurring event called the Week of Public Information, linked to the International Day of Public Information celebrated on September 28. This event is a platform for citizens and representatives of public institutions to meet and build the basis for dialogue. During two editions of the event, Katarzyna reached 300 beneficiaries.

Katarzyna introduces the idea of citizen participation in decision-making at the lowest administrative level: Villages and the countryside. The importance of targeting this population became even more apparent when in March 2009 a law on village funds was introduced. Though optional, this law can be used as an incentive to revive the idea of direct democracy and mobilize communities. A village can collectively decide to apply for money to solve an agreed upon set of pressing issues confronting their community. Katarzyna promotes this law as the verbatim form of how direct democracy should appear at the local level. She uses the law to show that participation in making decisions builds a community and creates a sense of responsibility. It also shows the real sense of participation; if citizens voice their needs and concerns from the start, the local government has a better chance at functioning effectively, rather than guessing what should be done.

Presently, Katarzyna is working to expand her network of local leaders. While it takes two to three years to train a watchdog, she expects the network to grow by approximately 15 members every year. In five years time, Katarzyna expects the network to be present in 75 locations and engaging 200 to 300 local members. She is continually improving the expert base of her association and disseminates the idea of transparency through various channels, such as media, meetings, conferences, and seminars. Katarzyna’s work is continuously showcased on Poland’s most popular website in the social sector (www.ngo.pl) and in the Gazeta ngo.pl, the website’s monthly publication. Her team is often featured on national radio stations (i.e. Polish Radio III, and Radio For You) and is showcased in the local media in the villages of network members.

The idea applied in Katarzyna’s association is now being tailored to local contexts outside of Poland. She has already built a partnership with Opora, a strong Ukrainian organization. Katarzyna has coached trainers of Opora, who further train leaders (i.e. watchdogs) who will monitor the land reform in Ukraine.

Katarzyna grew up in the communist era where she was raised in the “old” culture and taught a set of universal, as she thought, values. It was and still remains a huge surprise to her that these values are not the same for everyone and that many people do not respect what she thought was the basic code of functioning in society. Katarzyna might seem naïve in her uncompromising attitude to guarding the law, but she believes that only if she applies the highest standards in her work, will she change the culture of public life in Poland.

In 2001, Katarzyna was invited by a friend to become engaged in the Warsaw Civic Group and its “Against Corruption” course, where she learned the work of a watchdog. Katarzyna and her friend met with the president of Transparency International Poland who was, at that time, Julia Pitera. Under her instruction, they started two interventions in cases involving citizens reporting grievances against institutions. Although one of the cases was successful, Katarzyna understood that through interventions, even on a massive scale, she could not systematically change things. She then began her work to change the culture of public institutions so that grievances by citizens against public institutions do not happen in the first place.

Through the Warsaw Civic Group Katarzyna met other graduates of the “Against Corruption” course who wanted to change the reality in Poland’s public life, but despite the course, had no knowledge or skills on how to do it in practice. Recognizing the gap in watchdog pedagogy, she took leadership of the group and transformed its members into a strong watchdog movement, Association of Leaders of Local Civic Groups, across Poland. Katarzyna formulated the idea of a local leader “watchdog” and developed the first principles and best practices of finding and training new leaders. In doing so, Katarzyna has designed a completely new methodology of watchdog work at the local level. Katarzyna has created a self-learning organization, constantly improving her own skills and knowledge, as well as developing the methodology of her association.