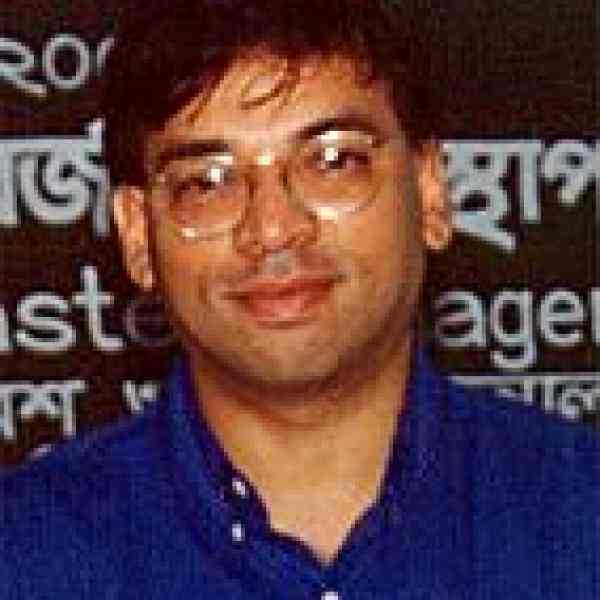 Capitalizing on the high organic content of domestic waste, and tapping into a pool of ready labor, Maqsood and Iftekhar are setting up a string of community-based composting plants that convert garbage into fertilizer. Their work not only meets the need for efficient and environmentally sound ways to manage refuse, but also meets the demand for organic fertilizers. The city government recognizes these benefits and allows the pair to use vacant lots for their work. Winning over neighbors required not only a good argument for recycling, but a technical solution to the infamous stench that gives trash dumps a bad name, so Maqsood and Iftekhar adapted a system that would keep the smell down.Along with composting, Maqsood and Iftekhar have designed and implemented an inexpensive solid waste management program in two slums of Dhaka. Supported by the United Nations, they have adapted a Sri Lankan model of barrel-type composting that allows slum dwellers to compost their kitchen scraps. People can sell their nutrient-rich products to Maqsood and Iftekhar&#39;s organization. The two point out that it is meaningless to exhort people living in slums to keep a clean environment when they don&#39;t have enough food on the table. Only by demonstrating that waste is a resource was it possible to gain their cooperation. As Mohammad Azizul, a senior slum resident, remarked, &quot;The slum is cleaner, we are earning money, and there is less illness.&quot;

Bangladesh has a garbage problem. Dhaka, with some ten million inhabitants, is having particularly serious difficulties keeping up with its ever-increasing waste disposal burden. The city now generates over thirty-five hundred metric tons of waste every day, far outstripping the coping capacity of municipal authorities. Other urban areas, such as Chittagong, with a population of four million, and Khulna, which has nearly one million residents, are said to produce over twelve hundred and two hundred metric tons of waste per day, respectively. In the slums, where over 30 percent of the population lives, there is no municipal waste pick-up service. Back in Dhaka, municipal workers and informal scavengers manage to collect less than half the trash. What remains, as much as nineteen hundred metric tons, goes uncollected and finds its way into storm drains or lies around in the streets, marketplaces, slums, open dumps, vacant lots, and riverbanks. Garbage overwhelms man and nature alike. Inadequate collection, treatment, and the final disposal of solid waste result in pollution of ground and drinking water, contamination of food, spread of disease, clogged drains, and a marked deterioration in the quality of urban life. The other environmental problem Bangladesh faces is excessive loss of topsoil fertility from overuse of chemical fertilizer and pesticide. Organic matter is now estimated at less than one percent; the critical level is three percent. Before the green revolution, farmers used cow dung or decomposed wastage to nourish the soil. Today, dung is burnt for fuel and the chemical fertilizers that replaced it have flowed into rivers and canals, killing off several local species of fish.

Yet these two problems–overflowing garbage in the city and the organic depletion of the countryside–may have a common solution.

Maqsood and Iftekhar's solution is conceptually simple–they propose to transport organic matter from where it is a loathsome surplus to where it can be an environmental boon–but operationally complex, because it relies on private citizens, government, and business in order to work.

Before they began, Maqsood and Iftekhar surveyed neighbors to find out how they felt about solid waste management and whether they would be willing to participate. The survey showed that most residents were not satisfied with Dhaka's existing municipal trash collection service, and that they were interested in finding an alternative. Whenever Maqsood and Iftekhar seek to open a new compost plant, they use this survey, the results of which are always the same. The first time out, however, though they were encouraged by the survey results, they knew that no one wanted a garbage dump next door. Finding a site within the community was a challenge, but finally the Lions Club agreed to provide land. The next hurdle to clear was to demonstrate to neighbors that what Maqsood and Iftekhar proposed was no ordinary dump--putrid and unsightly--but a productive source of income. They had already researched composting methods exhaustively, narrowing down their technical options to two systems, the Chinese Pile and the Indonesian Windrow. The Indonesian technique controlled the stench better, so Maqsood and Iftekhar adapted the size and shape of the aerators to suit their purpose.

With the right technology in place, Maqsood and Iftekhar were ready to start working with the people. By working with neighborhood associations, communicating about their plans through posters, and creating appropriate training materials, they gradually taught the importance of separating trash at the source, with later composting in mind, as well as recycling in general. Training was an individualized affair, with field workers visiting each household individually.

The message that Maqsood and Iftekhar brought to the neighbors is the same one that guides their overall philosophy: waste is a resource. They have put this belief into practice by successfully marketing the organic fertilizer their constituents produce. Armed with data linking decreasing crop yields to increasing use of chemical supplements, they found that nearly all farmers were interested in an alternative way to nourish the soil. Maqsood and Iftekhar have signed a memorandum of understanding to supply a fertilizer company, which will purchase in bulk and market the product. In fact, other companies are similarly interested, but for now the producers can handle only one large contract. At present, it costs about two cents to produce a kilogram of compost, which can be sold at nearly four cents. Though the Ministry of Agriculture promotes the use of organic fertilizer, Maqsood and Iftekhar want to see them do more: they are pushing for it to become the main bulk purchaser, as is the case in India and the Philippines, since it has the largest marketing and distribution networks.

After five years of running their demonstration program and knocking on government doors, Maqsood and Iftekhar have finally been able to convince the Municipal Corporation and Public Works Department to provide government land for community composting. This has been no simple matter, for over the last decade, the price of land has skyrocketed in Dhaka City, and authorities are wary of letting public land fall into the hands of private individuals or organizations. Maqsood and Iftekhar managed to develop a network within government bureaucracies that facilitated an agreement with the Ministry of Environment, the Municipal Corporation, and the Public Works Department. Under this arrangement, the Ministry would undertake the project and Maqsood and Iftekhar would be the implementing agency, thus allaying the Corporation', and Public Works' fear. Their land would be under the control of a government ministry, not in private hands. The other barrier that Maqsood and Iftekhar faced was that respective government bodies claimed that there was no land available. Undaunted, Maqsood and Iftekhar surveyed and identified vacant lands themselves and developed a strategy for zone-wise waste management through a network of decentralized composting plants. Based on their own experience, they have demonstrated that creative private ventures can support the work of waste disposal authorities and generate revenue for all those involved. They are, therefore, advocating for greater government, non-government, and private sector partnerships to tackle this serious problem.

Various individuals, non-government organizations, city officials, and municipal authorities from across the country are now approaching Maqsood and Iftekhar to receive training and advice on establishing similar programs elsewhere. World Bank and Swiss Development Corporation have recognized their innovative approach and are providing support to an organization in Khulna City to be trained under a plan to start a composting plant by the end of 2000.

Maqsood and Iftekhar organized a regional seminar in early 2000 that brought together different groups and policy makers in South and South East Asia working with solid waste management, particularly in community waste-management schemes. The objectives of the workshop were to exchange and document best practices and experiences as well as build awareness regarding different initiatives across the region. Through this international network they intend to further develop their regional database for use by academics, students, government departments, civil society organizations, and others.

In addition to convincing the Municipal Corporation, Public Works Department, and Ministry of Environment to set up similar programs in other parts of Dhaka, Maqsood and Iftekhar were also largely responsible for incorporating recycling and composting into the National Sanitation Policy in 1998. The next step is to bring the program within the national framework by incorporating it in the by-laws of municipal authorities. In India, this was accomplished through the intervention of the Supreme Court. Maqsood and Iftekhar are studying the India experience in preparation to do the same in Bangladesh.

The program has received wide media coverage, and was recognized in July 1999 as an urban innovation by the Urban Management Program executed by UNCHS and Habitat. In addition, they have received support from USAID's Regional Urban Development office and UNDP's Sustainable Environment Management Program. These connections and public tributes can only help to change attitudes regarding the management of domestic waste as well as forge a sense of community responsibility for self-development.

Maqsood was born and raised in Dhaka City and grew up under the influence of his father's charitable work and participation in social development projects. In school he joined the scout club and took part in different nature activities and clean-up programs. After earning his degree in architecture, Maqsood and two classmates set up a firm, but later they all pursued their studies, including Maqsood, who went on to earn a master's degree in urban planning from the Asian Institute of Technology in Thailand. His thesis investigated informal recycling in Dhaka.

Iftekhar comes from a family of philanthropists. His grandfather and uncle established schools and mosques in their village. His father joined the public works department, but Iftekhar recognized that civil service would not be a satisfying route to reaching his own public service goals, and so he studied to be a civil engineer and, like his future partner Maqsood, wrote a thesis on solid waste in Dhaka.

In fact, the pair met while completing their separate research. They decided to work together to develop programs for urban waste management. They offered free services to the municipal body, to the local engineering department, and to other government agencies, but found no takers. Most of the ministries were only interested in large, expensive, mechanized projects of the kind that have, in fact, failed in most developing countries. One official heard them out then challenged them: if their ideas for community-managed compost plants were so great, why didn't Maqsood and Iftekhar create them themselves, without government help? Inspired by the challenge, they founded Waste Concern.