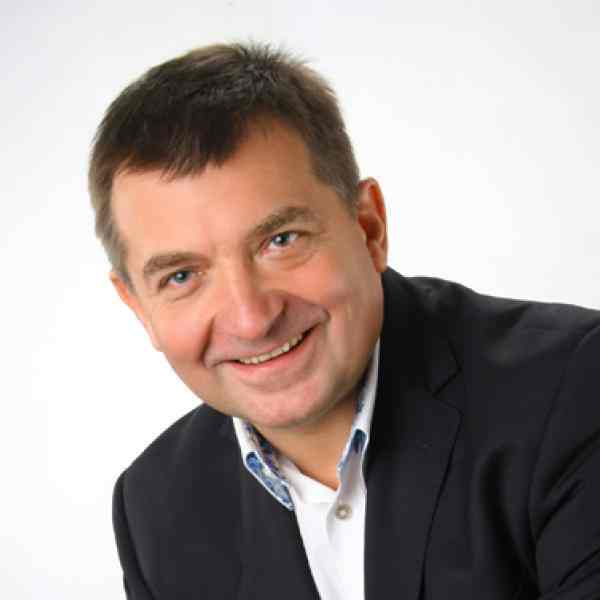 Andrzej Augustynski is transforming after-school education and social welfare through a system of urban facilities for at-risk children and marginalized youth. His “Siemacha Centres” help youth regain their social skills and self-confidence by encouraging initiative and leadership.

Andrzej’s model is founded in peer group settings, where youth participate in self-directed programs which offer diverse opportunities for personal growth. These groups help youth and children regain their social skills and self-confidence through empowerment and leadership opportunities. In this way, young people are molded into creative and active leaders who then staff the next wave of his centers.
While other organizations and after-school facilities focus on basic provisions (food and clothing) and homework support, Andrzej engages youth in an array of educational, athletic, and cultural activities otherwise available only for youth and children from privileged backgrounds. In this way, his program has become a benchmark for other after-school programs, with other organizations raising their standards and shifting methodologies—faced with losing funding and the interest of targeted youth.
Andrzej is a national spokesperson for citizen organizations (COs) working with marginalized youth. He advocates for the introduction of standards in the quality of services for marginalized youth, particularly after-school programs. Andrzej believes that systems-changes will happen when the mentality of youth leaders, caretakers, and other professionals begins to shift. He has established a training centre for his staff and the staff of other organizations to make this paradigm shift a reality.

At-risk children in Poland live in difficult urban settings, spend most of their time without supervision and are vulnerable to negative influences. Their households are not secure environments for personal development, but often expose them to alcoholism and domestic violence. Without stable social relationships, these youth increasingly turn to the Internet to develop “virtual” relationships. These friendships fail to provide opportunities to develop the social skills needed in real life. In the absence of strong relationships, a supportive family, or positive role models, youth are prone to engage in criminal and other perilous activities.

The state has failed to address the needs of youth in poor and marginalized neighborhoods. The responsibility has been delegated instead to local municipalities running after-school facilities, which are little more than day-care centers. There is a need for a model example of an after-school facility which provides quality and diverse opportunities for children and youth, providing an environment which contrasts with the one at school, home, or online.

Traditional family and educational institutions in Poland are failing to deliver the values and experience needed for youth to become happy and adjusted adults. At school and at home, youth are not learning about trust and responsibility. They are not empowered to take charge and pursue interests. To date, few youth organizations have been effective at filling these voids. Even the best fail to spread beyond a particular neighborhood and fall short of setting a new standard that can be adopted nationally for after-school programs.

Andrzej opened his first Youth Center “U Siemachy” (1993) to embrace marginalized youth and to provide an environment for them to grow and discover their potential. Andrzej quickly learned that children thrive when they are presented with diverse activities and support. The center grew to include over two hundred enthusiastic youth, developing standards for all future U Siemachy after-school facilities: 1) Geographical location independent from other institutions (schools, municipality, and social care center) 2) Youth leaders trained in the Siemacha 3) Neighborhood within walking distance for area youth 4) Diverse educational programs and activities. The educational program was built on a simple and replicable 3/5/7 approach: Youth attend the center three times a week, participate in five types of activities, with seven hours of total engagement. While engaging in activities, youth are encouraged to take initiative and soon become peer group leaders, running the workshops and training to lead new Youth Centers.

Well-trained, high-quality educators are critical to maintain and open new locations. While the geographical location of the center is important, the leader must be a trusted, proven educator rooted in the community. A new facility is launched only when a trained team of leaders and educators are available. Andrzej recruits leaders and new staff from participants of the Siemacha Centers. He has a number of ways to promote leadership skills in the peer groups, for example, using the Siemacha Man of the Year and The Award of Master of Education. Every center develops its own leadership group to support the management of the center, organizing activities and designing new projects. Since 2002 Andrzej has opened four Youth Centers and served over six hundred youth.

While observing the growth of his centers and other organizations, Andrzej began to understand that social welfare works best when geared towards the potential of youth, rather than their deficits. In 2004, a large evaluation compared the effectiveness of Siemacha Centers with the average Krakow youth program. The impact of Siemacha’s work was discovered: Youth in multi-year programs regain trust in various institutions and authorities. The program has set a benchmark for after-school facilities in the region and created a highly competitive landscape— weaker facilities are falling out of the picture. Andrzej has found a powerful tool for introducing systemic change: Promoting and supporting other facilities which provide quality services for marginalized youth. In addition to existing centers, Andrzej has recognized new groups in need: Youth and children needing overnight care. In 2006, to address the traumatic problem of temporary shelters, Andrzej entered another stage in the Siemacha education cycle by opening two family homes for youth and children from dysfunctional families.

By 2007 Siemacha reached more than 2,000 youth and provided leadership skills and experience to over 80 percent of youth enrolled in social welfare programs in urban Krakow. Over 150 youth leaders have been trained. Youngsters who are participants of Siemacha feel prestigious and hold a sense of belonging with a group of peers. Andrzej delegates responsibility to others, promoting leaders and providing opportunities for youth to achieve success. He calls it “the environment of granted opportunity.”

Andrzej advocates for changes in social welfare legislation to introduce higher standards in after-school facilities. To achieve its goals, Siemacha partners with over 500 institutions. As a number of youth entering Siemacha come from a world of crime, Andrzej developed the Urban Program for Crime Prevention Among Youth in 2000. The recognition of Siemacha’s reforms in social work and the success of the Crime Prevention program helped in Andrzej’s appointment as Crime Prevention Deputy of the President where he has been voluntarily serving for several years. Andrzej’s regional strategy and model has also been recognized at the national level. Andrzej participates in the Parliamentary Commission and advocates the government to establish standards for after-school facilities. He is an expert on youth education for UNESCO and participates in conferences to share his model, as well as entertaining visitors from Argentina and Africa, who want to learn his approach.

Andrzej’s program operates in eleven locations in southeast Poland and is taking root in other parts of the country. His association is a legally registered CO run by trained professionals. The association employs over eighty permanent staff, fifty part-time staff and one hundred volunteers. In 2006 Andrzej opened the Krakowski Training Institute, which aims to increase the number of professionally run after-school facilities and improve the skills of its managers and educators. The same year, the institute trained over 150 professionals from other after-school facilities and forty youth leaders. Andrzej is working on the administrative and financial management of the facilities—developing the concept of responsibilities at the municipality level with mechanisms to evaluate its effectiveness and trim excessive bureaucracy that slows replication of the model.

In 2008 Andrzej will develop a manual for launching Siemacha Centers across Poland. Andrzej has partnered with the prestigious European University in Kracow to facilitate the model’s success. The university provides courses on social work and training for educators in psychology and pedagogy. Next year, the institutions will launch a joint high school to bring together elite students and marginalized youth. By 2009 Siemacha will open two centers outside Krakow—Andrzej favors a “jumping” development strategy, since the launch of each new location requires a great deal of background preparation and time.

Andrzej envisions future challenges related to multicultural issues. Poland is not prepared for immigrants integrating into mainstream schools and workplaces. He sees Siemacha as a vehicle to pave the way for discussions on immigrant issues and support for their children.

Andrzej grew up in a supportive family with caring parents. This made him prone to reach out to children coming from different backgrounds—especially those from broken or unstable families. He made an effort to sit with them in high school, or play with them outside of school—their world fascinated him. He began to ask himself how youth are shaped, how it happens that one child is fated to be one way or another, and whether it is possible to change a person’s destiny.

In school, Andrzej realized his talent for gathering information from a variety of sources. He loves strategy, thinking about direction, and bringing in specialists to help him develop pieces to a complex puzzle. He applied this approach throughout his youth and later to his professional life. In school his focus shifted from a deep interest in physics and mathematics, to natural sciences and quantum mechanics, and finally to philosophy. His desire to seek out diverse ways of understanding the world is highlighted in his work with Siemacha.

His teenage years were full of historical moments for the Polish people. In 1978 Karol Wojtyla, a Polish bishop, became Pope John Paul II, remaining a symbol and powerful force for political transformation in Poland in the early 1980s. In 1980, Czeslaw Milosz, the Polish writer and poet, once censored during the communist era, received the Nobel Prize in Literature. In the midst of this turmoil, Andrzej and his friend, risking punishment, hand-typed a book of Milosz’s poetry and distributed copies among neighborhood students. In 1981, martial law was introduced in Poland. Andrzej recalls this as an uncreative time for all young people. Youth at this time would call themselves “children of martial law” limited by curfews and other restrictions.

In 1992 Andrzej returned to Krakow, completing his studies in theology and becoming an ordained priest in the Congregation of Missions of St. Vincent de Paul. Driven by his early experience volunteering in an orphanage, he came to Krakow with a mission to address the problems of marginalized youth and at-risk children. His interest in helping others led Andrzej to a seminar at the Convent of Missionaries, where he hoped to play a role in altering young peoples’ lives. Sensitive and empathetic to others, he became involved with an orphanage in his neighborhood. His future employees at Siemacha Association were the tutors and caretakers in the orphanage. Partnering with them, Andrzej explored the urban settings of Krakow to discover the circles of poverty in the urban center. Unfulfilled as a priest, Andrzej created several athletic, cultural, and artistic festivals that continue to thrive: The Music Festival Wincentiana (celebrating its 25th anniversary in 2008) and Juliada, a sport festival for youth against violence. He created the Forum of Young Leaders for the Malopolska Region and publishes a youth magazine, Smiglo, to promote active engagement and educational activities for the public good.