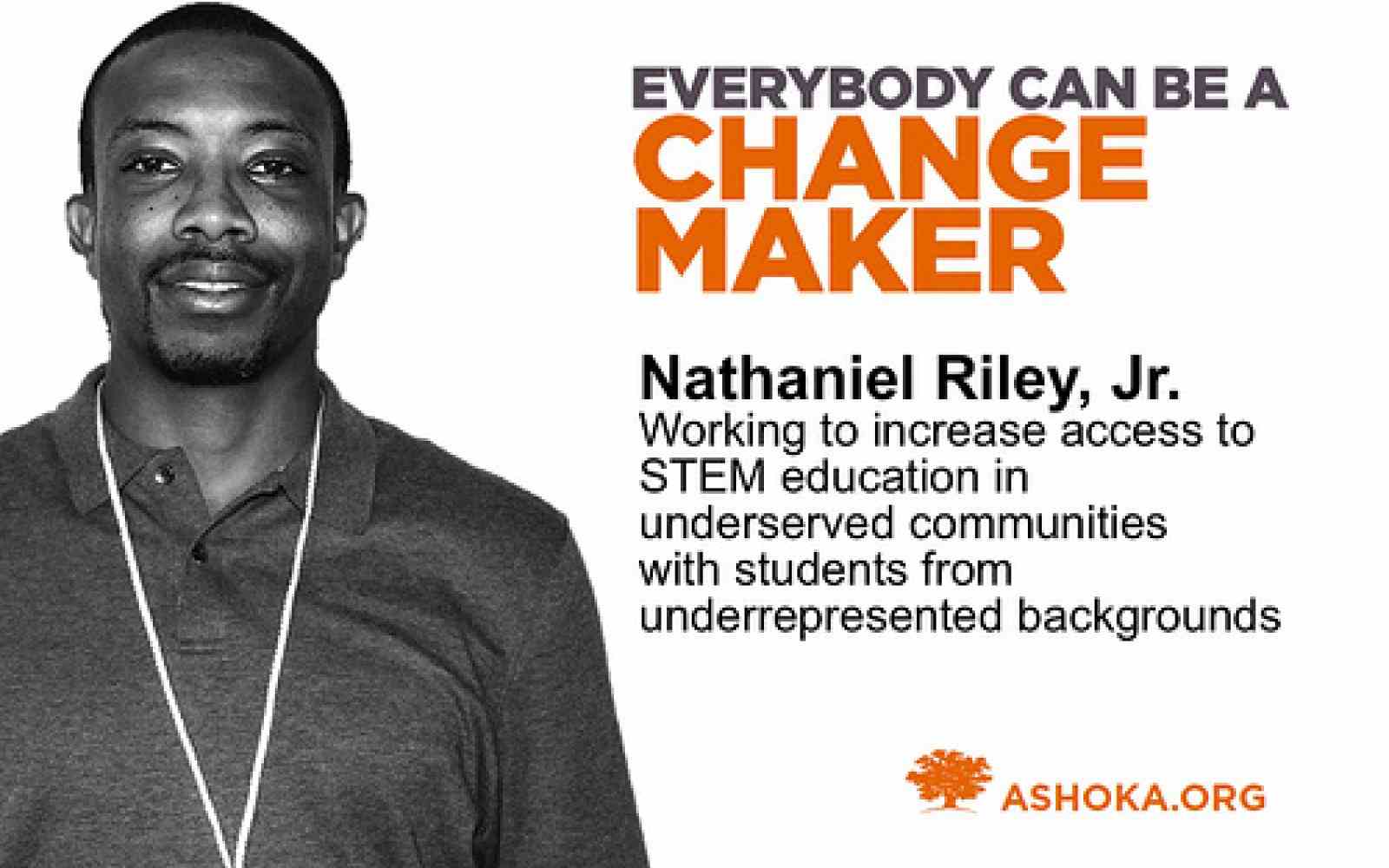 In the spring of 2009, I set out on a quest to expose students in metro Atlanta schools to a fun and engaging experience in science, technology, engineering, and math (STEM) education. I love these subjects and believe in the skills and perspective that they give to students.

I had first shown students the power of an engaging STEM education as a sophomore in mechanical engineering at MIT, when I coached a team of local high school students in a robotics competition. As an adult, with children of my own, I set out to work with students on STEM education once again.

After looking for existing opportunities in the Atlanta area, I reached out to James Young, a very good friend, fellow parent, and STEM professional. We decided that our time would be best spent designing and implementing a Robotics Enrichment program for schools. Our plan was to run the program for one year, then re-evaluate and move forward.

We implemented our program successfully, but wondered about its impact. When working with youth, it can be difficult to gauge what effect, if any, you are having on them.

Luckily for us, we had a validating moment after the last session at one of the schools, when a parent told us that her son, who previously had never heard of an NXT Lego robot, now wanted one for Christmas. It was at that moment that we realized that our efforts mattered. Given all the hot items on most kids’ Christmas wish list, it was great to know that the NXT had made the cut!

As we wrapped up that year, I began to reflect on the experience and realized that if more children could be exposed to hands-on STEM activities in a fun and engaging way, then more of them might become inspired and ultimately develop a stronger interest in STEM areas. It was at that time that I came up with the concept of the STEM Lending Library and Resource Center.

I documented the idea and filed it away. Unfortunately, work constraints made it difficult for us to continue the Robotics program into the next school year, so I shifted my focus towards STEM awareness and advocacy with area principals and local elected officials.

Fast forward several months to March, 2011, when I received an email at work from our chief technology officer, asking if any of the technology managers wanted to attend an upcoming Leadercast Conference, sponsored by Chick Fil-A. It was local, on a Friday, and I hadn’t attended a work-related conference in a while so I decided I would go. I gathered from the name that it would be a conference about Leadership, but I had no idea what to expect.

The morning of the conference, I was surprised at the number of people who were milling around in the lobby. I checked in and began making my way to the main convention hall, where I was amazed by the slideshow images displayed on the hallway walls. It looked more like a museum than a typical corporate conference. It took me at least 20 minutes to reach the main hall because I stopped to view the photos and read the many powerful quotes from the Gandhi, Nelson Mandela, Martin Luther King, and others who have made a huge impact on the world.

Most of the attendees walked hurriedly through this hallway, glancing up from their Blackberries and iPhones every few steps. As for me, I was in my happy place because my social conscience was soaking up everything in sight.

I reached the main hall, expecting to see technology company booths; instead I saw booths for organizations like the Atlanta Mission, TOMS Shoes, Boys & Girls Club, and Ashoka.

I had never heard of Ashoka, and was curious to find out more about who they were, and who were all of the people highlighted as “changemakers” in the slideshow projected on the wall behind the booth. I noticed that some of the people in the slideshow were standing around in the conference area. I recall thinking to myself that I felt honored to be in the company of so many important people who were doing so many wonderful things in their communities.

It was at the Ashoka Booth that I met Erin Krampetz, Change Manager for Ashoka’s University Program. She gave a great overview of Ashoka and answered my questions, and at about the time when I think the conversation was tapering off, she asked me what I had done, or was doing, to make change. At first I was surprised, trying to figure out why she was asking me that question. Perhaps I was supposed to turn right instead of left when I entered the main conference hall area; perhaps I was in the wrong place. I did not view myself as a “changemaker.” In fact, that day was the first time I had ever heard the term.

Luckily I had had a cup of coffee by that time and was pretty alert, so I was able to tell her about my STEM advocacy efforts, the Robotics enrichment program, and a few other things I had done. I also told her of the STEM Lending Library and Resource Center idea; hearing it, she told me of an upcoming STEM competition that Ashoka would be facilitating. She suggested that I consider submitting my idea when the competition opened. I thought to myself, that should be pretty easy, considering I had already documented the idea a year prior!

As our conversation came to an end, Erin asked if she could take a photo of me to include in the presentation that was scrolling in the background. Initially, I was apprehensive, but I reluctantly agreed to the photo. It wasn’t until I went over to take the photo and looked more closely at the innovators on the wall that I realized how many of those people were probably just like me: people who were doing whatever they felt was important to improve the world around them.

To some, seeing their photo on the wall may have been a trivial gesture, but for me, it meant so much. I felt honored to have my photo included in the company of so many socially conscious individuals. It also served as a source of motivation for me. In fact, later that day I went back to the Ashoka booth, took a picture of the photo of myself, and saved it as my phone screen saver. It’s been almost three months since that day and it is still set as the screen saver on my phone, where it continues to inspire me to burn the midnight oil, doing whatever I can to create positive change in education.

I truly believe that every experience I have and every person I encounter in life happens for a reason. There are a few distinct events over the course of my life that, in hindsight, were clear pivot points for me. With time I will know for sure, but I think that meeting Krampetz, learning about Ashoka, and the entire Leadercast conference is an event on my short list of experiences that have served as a guidepost on the path I am meant to travel in my lifetime.

As it turns out, I submitted my STEM idea and it was selected as one of the early entry winners for the Ashoka Changemakers Partnering for Excellence: Innovation in Science, Technology, Engineering, and Math Education competition, in partnership with Carnegie Corporation of New York and The Opportunity Equation. So many great ideas have been submitted for this competition; regardless of which proposals are selected as winners in November, I truly hope that we are all successful in our quest to be changemakers in a world where the supply seems to be outpaced by the demand. 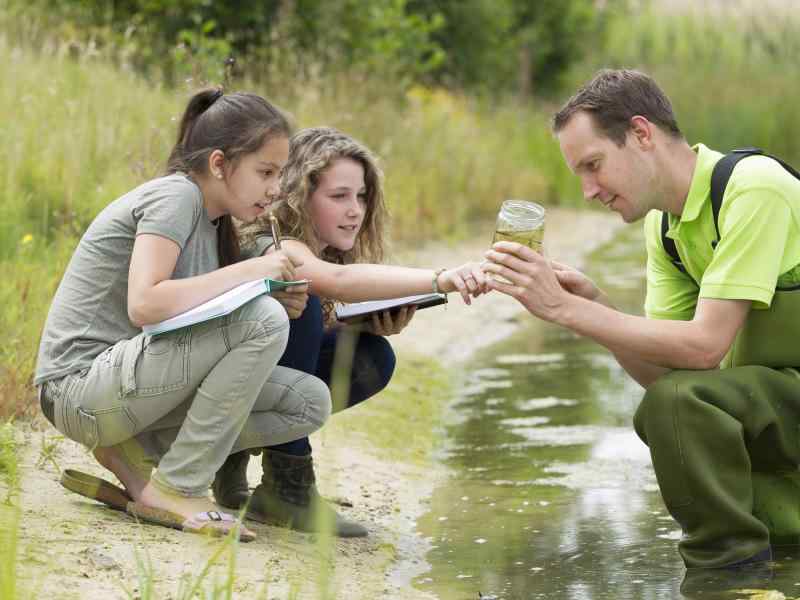 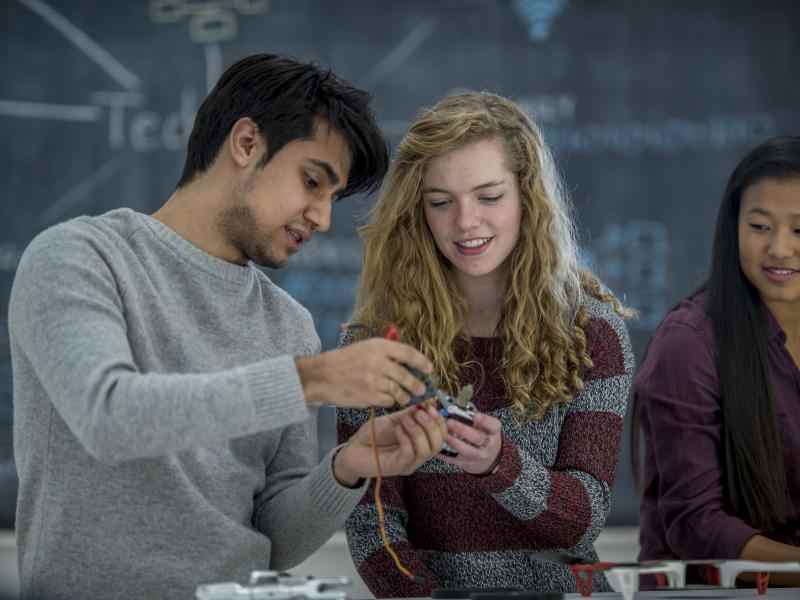 How Changemakers use STEM skills 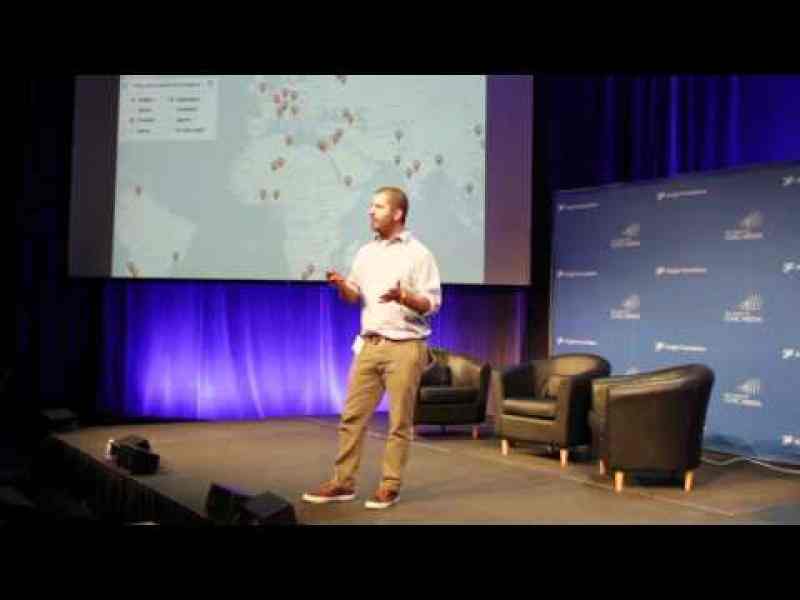