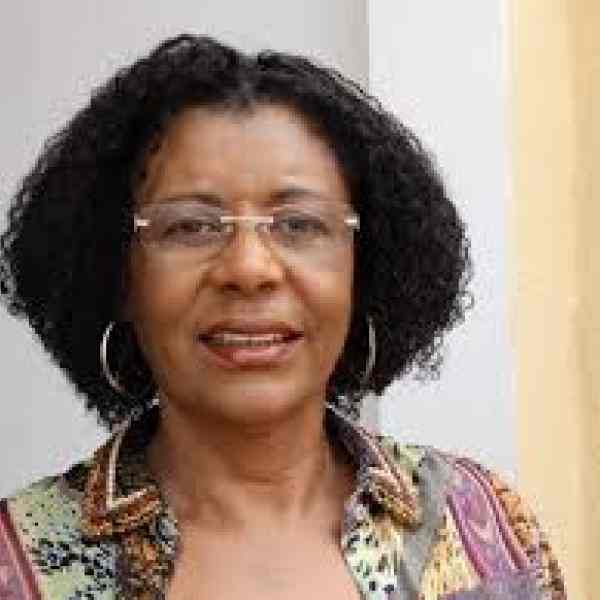 Maria Aparecida Silva Bento ("Cida") established a center to work with labor unions, employers and the government to help them recognize racism and promote equal opportunity. Her effectiveness results from a unique combination of high technical competence and close philosophical and actual affinity with Brazil's awakening Black Consciousness social movement.

In Brazil, racial equality is myth masquerading as reality. Perhaps as many as 50 or 60 percent of the total population have African ancestors, and Brazilians pride themselves on their "melting pot" social character. The reality is that in Brazil's labor "pigmentocracy," black Brazilians are largely confined to low-skill jobs and face discriminatory employment practices in white collar occupations.After twelve years working in the corporate human resources field followed by four years addressing "labor discrimination" for the government, Cida Silva Bento concluded that a sharp, fresh intervention was required to move beyond the "business as usual" approach to racism that prevailed in the country. Thus, in 1991 Cida set up the Center for the Study of Inequality and Labor Relations as an independent organization to address racism and work issues. The Center's distinctiveness lies in its close link with Brazil's awakening Black Consciousness social movement and in its willingness to utilize a bold mix of "carrot and stick" tactics with its three main client groups&#150;labor, employers and government. The Center's basic approach is radical and new. It begins by breaking open the myth of racial equality. The Center asserts the contrary view that legal equality, as provided for in Brazil's Constitution, as enforced by current public policies, is demonstrably failing to provide equal opportunity in employment for black Brazilians. "In Brazil," says Cida, "race matters. In fact, your basic life chances are shaped more by your race than any other factor one can document." Having captured its clients' attention with well-prepared documentation of racism and discrimination, the Center then exposes the false assumptions underlying work culture (e.g., that "workers" are a cohesive group of white males sharing common interests and problems) and challenges unions, employers and the state alike to reconsider their practices in light of the apparent inconsistencies and contradictions. Once its clients see both the evidence of discrimination and the absurdity of their unstated assumptions, they are ready to work with the Center to develop new assumptions and to derive new anti-racism policies.

Brazil is a deeply racist society that likes to think of itself as a model of multi-racial tolerance. Only 2.7 percent of economically active blacks have attained management positions while over 55 percent are engaged in manual work. Unemployment is significantly higher among blacks than whites. Black participation in construction and domestic services is double that of whites. In addition, across all sectors (except domestic services), whites earn between 57 percent and 73 percent more than blacks and are four times more likely to be employers. Afro-Brazilian women have on average four years more formal education than white women occupying similar jobs. More recent studies indicate that significantly fewer blacks than whites own micro-enterprises in urban areas.Despite the glaring inequalities these figures represent, labor market discrimination and patterns of black labor force participation are rarely analyzed and poorly understood. The problem is particularly difficult to attack since even progressive groups, including labor unions, are in the main still in the thrall of the myth of racial equality and have not yet grasped the nettle that links class inequality to racism.

Cida's aims are to expose racial discrimination and to obtain national public policy reform to counter employment discrimination based on race. In order to accomplish this, she is working on three fronts: training a national network of key activists (including union leaders); bringing international standards to bear on Brazilian employment practices; and collecting, producing, collating and disseminating research relevant to the Afro-Brazilian community.In addition to the Center's programs to alert unions to the problem of racial discrimination, Cida is studying unionists' attitudes about racism. With this information, she targets those unions and union leaders who are sympathetic to the anti-racism campaign and creates a national base of support for equal opportunity policies appropriate to Brazil. The Center assists in the organization of conferences and workshops among unions in different regions and responds to demands for short courses, educational materials and information, always with corresponding financial support from the unions themselves. The Center documents not only cases of overt discrimination but also the failure of both employers and labor unions to recognize daily discrimination. Through union training courses and workshops with employers, the Center provides unions and employers with teaching materials, videos and opportunities for debate. Cida's work began in the State of São Paulo's major industrial zones, but she is increasingly focused on spreading it to other states.Because of the enormous demand from unions all over Brazil for more training and materials, Cida and her colleagues began training representatives from the major national unions to organize and conduct workshops, with minimal technical assistance from the Center. Cida plans to maximize the impact being made by the Center and her own efforts by transforming unions into champions of anti-discriminatory practices, in both the workplace and in the wider society.Necessarily, for Cida, this concern for the larger societal patterns of racism leads to advocacy and public policy reform. Here the Center works both as a policy research agency&#150;dispelling the myth of racial equality with pioneering research publications&#150;and as an advocate. In a characteristically original move, Cida successfully convinced all three of Brazil's major labor confederations to come together to request that an ILO delegation investigate and advocate the implementation of the ILO Convention 111, which guarantees equal employment opportunity to all citizens. Previously ratified by the Brazilian government in 1964, it has never been implemented. The resulting ILO denunciation led the Brazilian government to officially recognize the existence of racial discrimination for the first time, and the Ministry of Labor established a commission, composed of representatives of private business, unions and government, to investigate labor force discrimination.

Beginning in 1976, Cida worked as a human resources professional in large private and public companies with responsibilities for staff recruitment, selection, training and promotion. As an Afro-Brazilian woman, she came to understand the subtlest levels of racial discrimination in the workplace, including the indicator areas of hiring and job promotion. A psychologist by training and not an activist by nature, Cida became progressively radicalized through her deepening understanding of the structural character of racism in Brazil. In 1985, Cida shifted to an enforcement role in government to begin tackling the problem of workplace discrimination at a systemic level. First, she coordinated a government education and training program at the São Paulo State Council for the Participation and Development of the Black Community. Then, in 1987, she pushed for and won a new position at the State Department of Labor to establish a new program on labor force discrimination. A change in government in 1991 made it clear to Cida that an independent base for serious anti-racism work had to be created outside of government and within civil society. Her perspective as a research psychologist and her personal experience as a black woman also informed her decision at this time to establish the Center with a strong affinity for Black Consciousness thinking. "While there is considerable research in the U.S. on how racism functions to impair blacks' self-esteem and therefore constrains corrective social action," notes Cida, "this important theme is neither studied nor understood in Brazil." She adds, "This is all the more regrettable as here in Brazil our identity as 'blacks' is profoundly determined by our 'Brazilian-ness.' The Afro-Brazilian movement is tackling this issue at the cultural and political levels."A native of São Paulo, Cida received a masters degree in social psychology from the Catholic University and wrote her thesis on racial discrimination in the workplace. Cida was also a researcher at the prestigious University of São Paulo for two years, helped by a grant from the Rio-based Center for Afro-Asian Studies. Cida has coordinated numerous seminars and workshops for labor unions, psychologists and human resources professionals and other private sector groups on racism in the workplace. She is a member of the Regional Council of Psychology, the Union of Psychologists of the State of São Paulo, the Electrical Workers Union of São Paulo and the São Paulo Association of Human Resources Professionals. She has also published numerous articles and produced three videos on racism and race relations.Cida also helped found, and now collaborates with, the Nucleus for Research and Interdisciplinary Studies on Brazilian Blacks, at the University of São Paulo. The Nucleus is a team of black scholars that investigates the status and conditions, history and culture of African Brazilians and serves as a reference center for black activist communities around the country. She launched and worked with the Nucleus to provide data and information to activist groups. The work continues to help Cida focus her own Center's activities more effectively and also impacts on public opinion in support of equal opportunity policies.