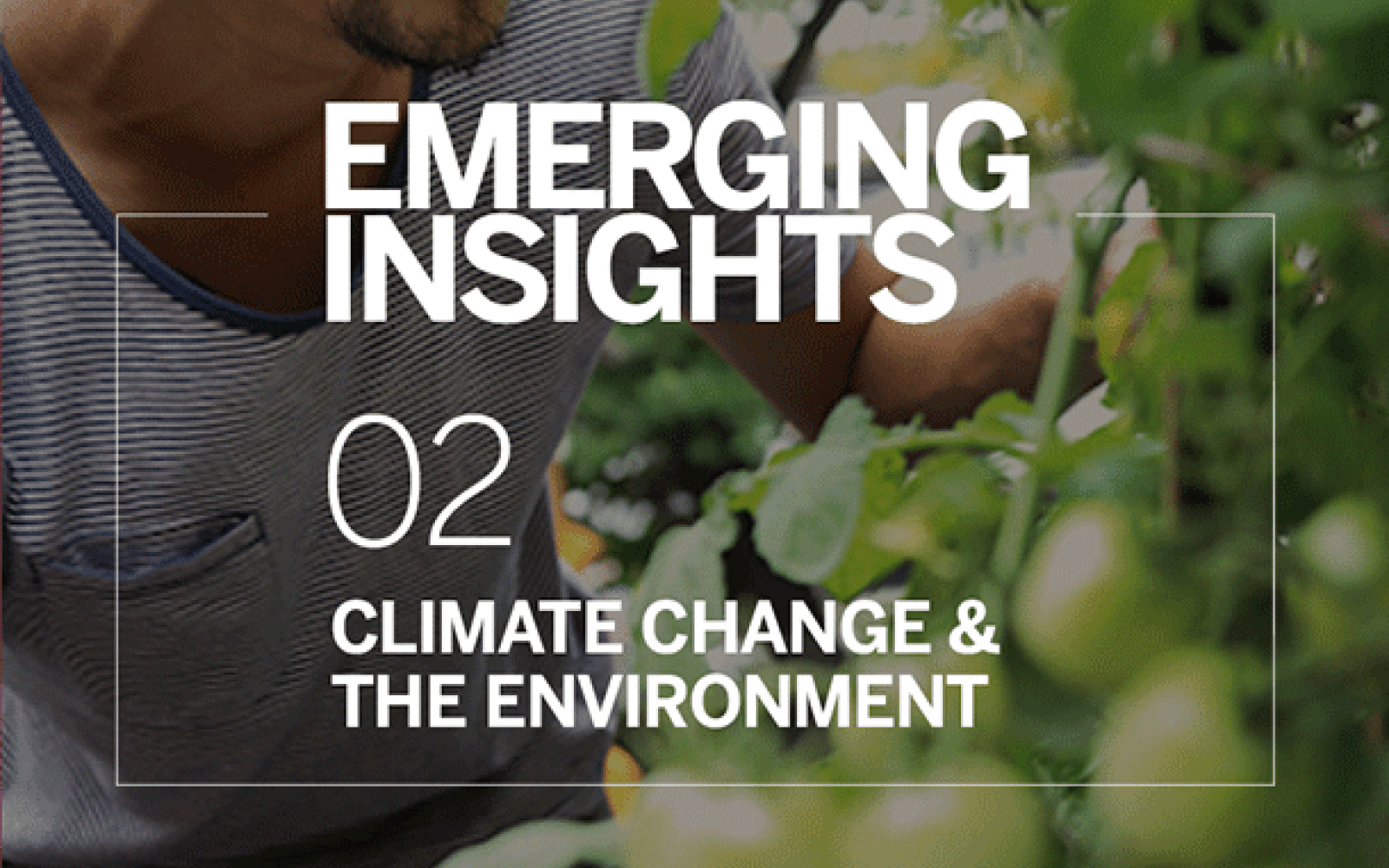 The most recent World Economic Forum Global Shapers Survey, an annual survey of 31,000 18 to 35 year olds in 186 countries, found that climate change was the most worrying issue for young people worldwide. Nearly half (48.8%) of the survey participants chose climate change as their top concern and 78.1% said they would be willing to change their lifestyle to protect the environment.[1] The concern over climate change, however, varies widely. In another survey, Pew Research found that citizens of Latin American and sub-Saharan African countries were the most concerned about the effects of a warming planet, while people in the United States and China, the largest CO2 producers, worried least.[2]

To mitigate climate change, it is becoming clear that the work has to move beyond the science to policy and individual action. There is no single panacea that will shift the current realities of a warming planet, changing biodiversity, unpredictable and more extreme weather patterns, drought, and population pressure. But our Fellows are leading the way to show how cross-border collaborations and new consumer demands can address an issue that is bigger than all of us.

In the face of climate change, building resilient and sustainable communities and finding innovative pathways to improve natural resource management is of vital necessity. We have found in our analysis of this year’s Fellows that fostering and strengthening bottom-up, entrepreneurial, and inclusive approaches is a key way to address the various facets and complexities of climate change. Our Fellows focus on both individual changes and more systemic, global collaborations to mitigate the effects today and to offer solutions for adaptation into the future.

By 2100, it is estimated that nearly half of the marine species may be on the brink of extinction.[3] Illegal fishing, plastics pollution, and global warming are quickly decimating marine biodiversity and ecosystems, resulting in regional instabilities with rippling effects. After 25 years fighting illegal fishing in the Mediterranean and North Africa, Wietse Van der Werf realized that more needed to be done to protect fish stock and conservation efforts in Marine Protection Areas (MPA). To respond, Wietse designed an initiative called the Sea Rangers. The organizational model combines the empowerment of unemployed youths and reintegration of navy veterans to provide a concrete solution to severe global human capacity shortages in the monitoring of MPAs. Sea Rangers are not mandated enforcers; instead they monitor and collect evidence and data that enables national agencies to improve the effectiveness of conservation efforts.  Wietse’s innovative ideas have attracted broad backing from the Netherlands and United Kingdom governments where the initial pilot programs have begun, but the vision is seeing traction in many countries around the world. 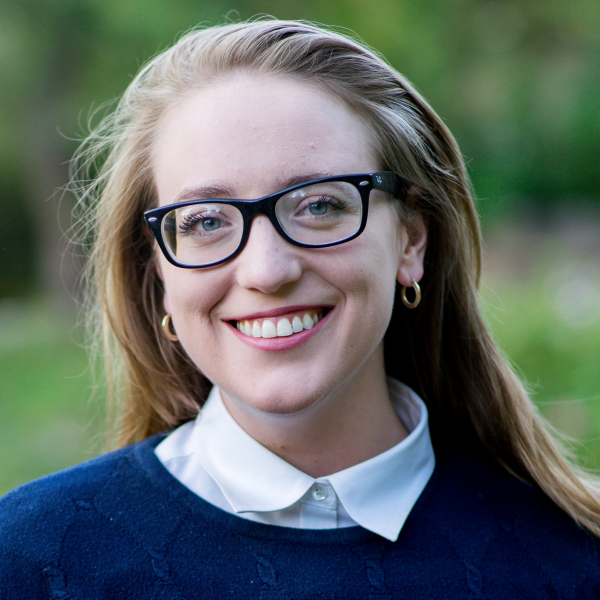 United States
GoodLands
Large-scale actors committed to large-scale change are important to mitigating the effects of lost biodiversity, food insecurity, and human migration. Through her organization, GoodLands, Molly Burhans is using technology to inform environmental planning that moves beyond national boundaries and is helping one of the world’s largest landholders, the Catholic Church, recognize the role they can play in climate change action. The Catholic Church had never kept a central, digital record, so Molly has deployed Geographic Information Systems mappings to organize data on their landholdings. Her team surveys the properties, assesses how they function, and combines the information with other available data to analyze how the lands can best be managed to contribute to local ecosystems and communities. This contributes to a robust, dynamic, and cloud-sourced map that helps dioceses, religious orders, and other large landholders make informed decisions about land use. Molly knows that the technology and tools GoodLands is building have the potential for broad applications by other large landholders.

Knowledge management and communication at a global scale is also important to Oriol Vilalta, who has built a global community of researchers, firefighters, and civil society members to create new solutions to make forests and rural areas safer and more prosperous. His Pau Costa Foundation, founded in 2011, has created a central knowledge hub about fire prevention and standard operational plans to increase efficiency. They also, disseminate research and lobby for fire management approaches. His platform has connected experts from 30 countries on 4 continents with over 2,500 specialists attending learning events and expeditions. His advocacy methods have led 500 allies, including influential organizations like Greenpeace and the WWF, to focus conservation efforts and resources on prevention and management. 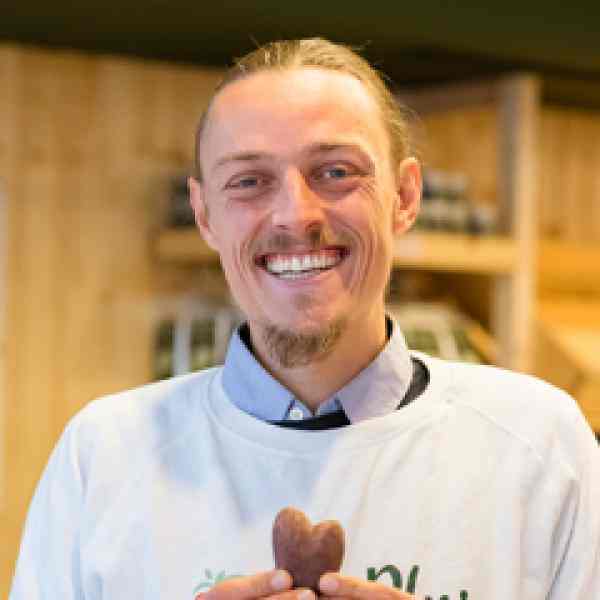 Germany
SirPlus
Several Fellows this year are focused on the urgent and pressing need for food security and food waste solutions as part and parcel of our adaptation to climate change and environmental pressure. Raphael Fellmer is a pioneer in Germany who is now mainstreaming and commercializing saved food to solve this global problem.  Food waste is largely a problem of overproduction since food producers must meet high consumer demand standards. Raphael began by matching retailers, bakeries, and restaurants with individual actors – food-saving volunteers – who picked up and distributed saved food. But to reach scale and create consumer demand, he restructured his intervention. Sir Plus, his latest venture, commercializes the practice by establishing stores and an online delivery service to enable customers to buy saved food at much lower price points than conventional retailers. Three stores are open in Berlin with over 150 suppliers currently providing surplus food and with new suppliers being added each week. Raphael is planning to roll out a social franchising model to scale across Germany.

In the United States, Paula Daniels has set a standard for ethical food sourcing that supports local economies, public health, labor, animal welfare, and the environment with the creation of her organization, the Center for Good Food Purchasing. She began this work in public schools in Los Angeles, Oakland, and San Francisco and is currently piloting the work in Austin, Chicago, Denver, Cincinnati, and Washington D.C., with the ambition to change the food systems used to feed students. The standards she has identified have guiding metrics with targets on procurement (for example, purchasing seasonally) and food service environment (like eliminating deep frying), and she acknowledges existing standards in her guidelines as well. Paula is showing us the way to build new ethical food systems while creating a national demand.

Raphael and Paula are working to change food systems for environmental impact through the demonstration of sustainable market models. Other Fellows are working to shine a light on how individuals can play a role in mitigating climate change. In Mexico, Julio Alvarez works with school communities to incorporate environmental practice into the regular curriculum. His organization, Grupo Promesa, offers a primary and secondary curriculum focused on student-led and sustainable adoption of responsible waste management. The pedagogy promotes eco-friendly behaviors within and outside the school. He currently works in 188 schools in Mexico City and reaches 130,000 students and their teachers with an average of 70% participation. 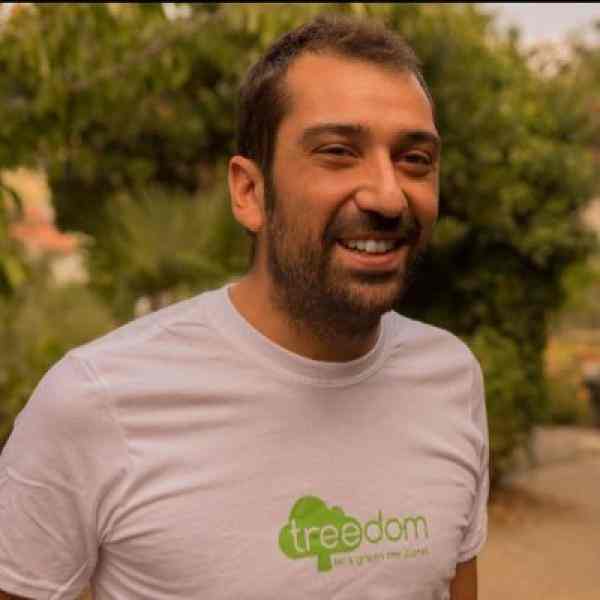 Italy
Treedom
Deforestation in many parts of the world is a continued problem that contributes to the warming of the planet. Smallholder farmers who do not have the funds to invest in land productivity will often cut back trees to increase their arable land. Or due to economic hardship, they will sell timber or charcoal to make ends meet. Federico Garcea and his organization, Treedom, create an alliance between smallholder farmers and virtual supporters to fight deforestation by enabling people and companies to plant trees remotely and offset CO2 emissions. Treedom also empowers local communities in 11 countries to start new agricultural enterprises by helping them fill the time gap between planting a seed and harvesting a tree. Since its founding in 2010, the organization has planted over 450,000 trees with 27,000 farmers and has offset more than 163 million kilograms of CO2.

How can we engage more people to see their role in climate change solutions?

Societal response to climate change today will determine its effects on future generations. How we consume and produce energy changes fundamental natural forces on the planet – the rise in average temperatures, the circulation and biodiversity of our oceans, and the nutrient quality in plants. Every living organism and its health and wellbeing are affected by climate change.

We now know we need more social innovation for climate equity and decarbonization to counteract these threats and to enable us to manage and plan for uncertain future conditions. Everyone needs to be involved to mitigate and adapt to environmental change. The fifteen Ashoka Fellows contributing to climate change solutions this year join more than 400 Fellows innovating for the environment, including many of whom are directly addressing climate change adaptation and mitigation efforts.

As Ashoka continues to scan for more innovators with unique solutions to solving the multi-faceted angles of environmental degradation and climate change effects, it also seeks opportunities to amplify and accelerate innovations for more collective impact by helping convene teams to scale impact, match make solutions with key stakeholders, and cultivate a global conversation to influence others to adopt and spread solutions.