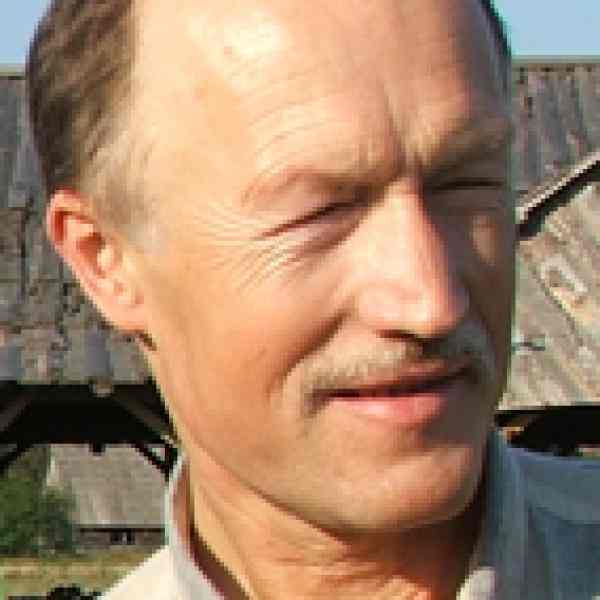 Waclaw Idziak is helping rural villages improve their social and economic status through the development of unique business ventures.

Waclaw is introducing a business-oriented way of thinking to the Polish countryside. He is convinced that every village, exactly like a new business venture, needs to define its core competence, and using that, build projects to compete in the global economy. Waclaw believes that although schools and citizen sector organizations can be used as entities to support change in villages, in the era of information and globalization, long-term sustainability can best be assured by setting up business and profit-making activities in which not only companies and individuals compete, but also villages and their inhabitants.
Unlike other organizations that promote prepackaged solutions to combat rural problems, Waclaw uses his multidisciplinary knowledge to empower people to come up with their own ideas for specialized and integrated businesses. Business themes emerge from areas as diverse as culture, manure, sewage systems, renewable sources of energy, religion, food, accommodation, education, tourism, and sport. Waclaw then prompts local professionals, villagers, and schools to create activities that lead to a prosperous theme village&#150;a transformation that boosts village moral, community involvement, and employment. He also creates an effective network of individuals to spread the idea of village specialization practices in other villages and regions.

Since 1996, one-third of Poland's population has seen an income drop of 30 percent. Much of the country is characterized by despair, increasing poverty, and powerlessness. This problem will only increase as the Poles aspire to become part of the European Union and take part in the global economy, which includes leaving small farming behind. The task of restructuring the Polish countryside and creating job opportunities outside of farming will be especially challenging because small farmers and villagers are the most difficult group of people to integrate into the new economy.

Village farmers are forced to look for new opportunities to sustain their basic needs. A lack of ideas among the individual villages has forced them to turn to municipal local employment agencies for new job ideas or opportunities. This, however, is not an optimal solution since most local people feel disconnected from the municipalities. The municipalities include 20 to 50 villages, and the alternative jobs and career suggestions rarely address the specific needs of individual villages.

The suggested alternatives for farmers generally focus on individual ideas for "rural business" such as agrobusiness, or growing snails, rape for fuel, ostrich, or mink. These suggestions tend to take into account neither the required systems of purchasing, storing, and monitoring of the businesses nor the capabilities of individual villages. Farmers are confronted with overproduction and have to consume their own goods. Rural business actually fails on two counts: it does not steer villagers away from farming; and it does not integrate them into the new economy.

Unlike municipal planners and other experts or strategy planners, Waclaw works with the representatives of local communities to help villages meet their specific needs and find specific business niches. Waclaw identifies a group of active and influential local people from schools, businesses and farms who can represent local community interests. This group often starts with 5 to 7 people and ends up with 30 to 100 who are actively involved in preparing community business strategies.

The planning process often lasts up to a year, and it is characterized by the use of interactive methods like drawing, making plastic models, and visualizing in order to map out how the strategies will be implemented. Early on in the strategy and development stages, Waclaw writes a report to show the progress that has been made and to motivate the people to start activities on their own and put theory into practice. During this stage, Waclaw acts as the mentor and facilitator in the village; eventually he becomes a coworker, as members of the village take on more responsibilities.

In this early strategizing stage, villagers consider market competition to find something unique in their area, and to start building activities and concepts based on what is distinctive about their communities. For example, through Waclaw's process, the village of Wierzbinek (the English is "willow") has been transformed into the world center for willow products. The annual goal of organizing and hosting an international trade fair for people working with or interested in willows encourages people to clean and beautify public greens and their own houses and properties.

Waclaw emphasizes the role of schools as entities that can facilitate the process of community transformation. Schools have premises that can be used for different activities, and they gather children and their parents from far corners of the area. Waclaw encourages schools to find their unique qualities and print colorful brochures and posters to draw attention to their programs. This strategy helps to attract children from city schools by informing them of the programs village schools have to offer. Taking the idea to another level, Waclaw plans to open a High School for Countryside Restoration in Malechowo, where five theme villages are already operating and the idea for countryside specialization is being spread.

At the university level, Waclaw developed a course in which he teaches young students to design and implement strategies, to enhance specialization of the villages. Waclaw's students very often return to their own villages to begin careers in creating theme villages. Through former students' efforts, more than 100 theme villages will dot the Polish landscape during the next 10 years.

To spread successful examples and strategies Waclaw cooperates with the Rural Development Foundation, and he conducts trainings and workshops on countryside specialization all over Poland. Waclaw has recently conducted eight workshops with 250 participants from Poland, Belarus, and Lithuania.

In a year Waclaw predicts that five of the villages he currently works with will start generating income from the activities now being launched. Waclaw will also publish a book describing this work. The book will be distributed in the countryside through the Rural Development Foundation. Waclaw emphasizes that unlike other organizations that are created by two or three people who have an idea, he builds strong support and ownership of the program among local people. They then become the founders and key players in the implementation of the idea.

As a child, Wacław lived on the borders of small villages and was familiar with countryside life. He and his four siblings were always coming up with new ideas. Waclaw chose to attend high school in the big city of Poznan, but he returned to the countryside for his university studies because his main interest was rural communities and dialects.

Later, continuing his professional career at the Technical University in Koszalin in the beginning of 1980s, Waclaw and his brother experimented with transforming his farm into an organic farm based on unique Japanese methods. Subsequently, he shared their experiences with other farmers through the Agriculture Extension Center and agriculture schools. During this time Waclaw met many farmers and was a frequent visitor to rural areas where he observed people and their increasing struggles as Poland went through an economic upheaval.

Interested in countryside renewal and alternative ways of improving rural life, Waclaw became a director for the Foundation Agency of Regional Development. Between 1992 and 1997, he brought in experts, organized conferences and trainings for farmers and villagers to show different possibilities, and educated villagers both about how to fight the economic problems of state farms and about farmers' cooperatives. He also trained more than 30 people in project management, community marketing, and community development. Most of them got jobs in the local municipalities and were responsible for development and promotion of the area or started their own businesses.