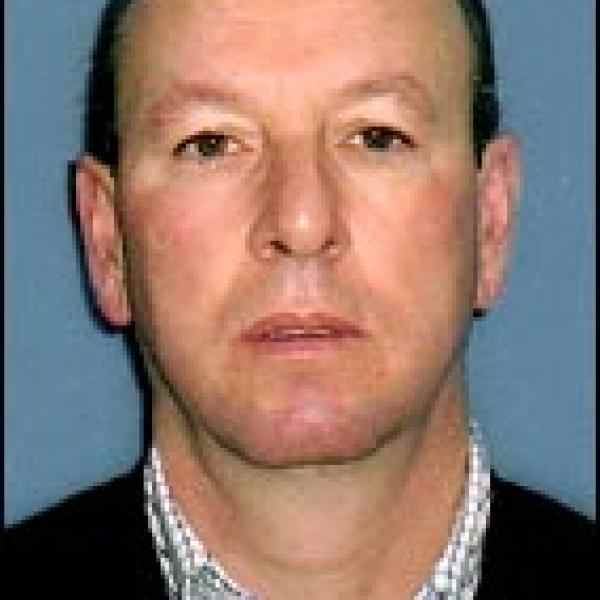 Gallinal’s organization, ENCARE, works with communities to strengthen their social fabric and reinforce inclusion where poverty, violence and drug use have torn neighborhoods apart.

Roberto Gallinal is rebutting the widespread myth that drugs are a negative external element interfering in a community. To counter this prevalent feeling, he is encouraging families and communities to examine and address the root social forces that may engender drug use. Through a methodology he calls the 3I’s—interrogate the situation, implicate yourself and the community, and create integral solutions, communities are left not only with a solid plan that meets their specific needs, but with a heightened capacity to take charge of and construct their own responses to drug use in their lives and the world around them. Through this work, Roberto transforms what begins as a drug problem into an opportunity to enhance community and citizenship in his country.
To reach all of society, both in Uruguay and beyond, Roberto is changing the way all parties involved in addressing the drug problem approach their work. Roberto is building a core of highly trained professionals to take up ENCARE’s work all over the country while working through government bodies to train social workers in his ideas and methods. On the public policy front, Roberto has positioned himself to push the government toward a complete overhaul of its currently repressive drug policy. Roberto will not be satisfied until all of Latin America has changed its ways: he has organized and continues to head a network of international citizen sector organizations (CSOs) working on drug-related issues.

Uruguay registers the highest levels of drug consumption in all of Latin America and the third highest level of use of self-administered minor tranquilizers in the world. Recent studies have revealed children using unauthorized substances beginning at the age of 12. The problem has recently become even more serious as pasta base, or crack, has entered the country. More than other drugs, this derivative of cocaine has brought with it violence and social deterioration similar to that seen during New York’s crack epidemic in the 1980s.
The nation’s economic circumstances explain part of this trend. Over the last 10 years Uruguay has suffered a major economic downturn which has resulted in soaring poverty levels (34 percent in 2002, compared to 18 percent in 1998). Much of the burden of poverty has fallen on the shoulders of Uruguay’s young: 55 percent of those under the age of 15 do not have their basic needs met and one-quarter of them are neither able to study nor to work. These deteriorating economic conditions have affected the very social fiber of the country, as families and communities have broken up. As is common, poverty has made it easier for other social ills—such as drug use and violence—to take root. Crime has grown at an annual level between 2 and 8 percent over the past several years.
Unlike in other Latin American nations, Uruguay’s drugs are typically imported from outside the country. This fact, together with the sharp upswing in use, have engendered a sense that drugs are an outside invader, divorced from other social circumstances and not truly the responsibility of Uruguayan society. As such, the media and other authoritative sources tend to blame drug use on the individual.
To date, neither the government nor civil society has treated drug use as a fundamental social problem for which the collective society must take responsibility. The government has no integrated drug policy. Current laws on the books focus entirely on repression, penalizing and criminalizing individual users and traffickers. Gains to date in this arena are limited to a few small actions related to prevention. CSOs tend to take a piecemeal approach to the problem focusing on one specific line of attack ─ such as providing public information, therapeutic treatment, or education—rather than approaching the roots and consequences of heightened drug use and abuse within the family or community.

Roberto has developed a systematic approach for working with communities concerned about drug use. He calls his strategy the 3Is: interrogate, implicate, and integrate. The first step, the interrogation, involves a tool called the “anthropological map”. A trained facilitator works with the community or group in question to ask themselves what their current practices are in relation to the problem group—generally youth—of their community. In the second stage, participants are asked to implicate themselves in the problem. Again, the group works together and in smaller clusters to identify how they might be involved in the problem and to brainstorm ways that each person might involve himself or herself in resolving the problem. Finally, in the integrating stage, participants take all of the ideas that have been put on the table and, with the guidance of their facilitator, create an integrated plan—along with personal commitments for fulfilling that plan—for their community to deal with the challenges it currently faces.
The outcomes of ENCARE’s sessions are varied. Often they include resolutions to engage youth—often participants in the process itself—in new ways. In the past this has included the creation of new spaces for youth recreation as well as community-wide projects for families to participate in. For those with children already involved in drug use, the community might pledge a certain numbers of hours per week to support the family and user during a detoxification or reintegration period, or a drive to raise funds for treatment. ENCARE provides referrals and resources to reliable and reasonably priced healthcare providers, but largely steers the group to think preventatively, essentially asking: why are our young people being driven to drug use and what can we do to make sure that the trend doesn’t get any worse?
ENCARE reaches its constituencies through both reactive and proactive means. In the first case, communities in need of assistance seek help directly from ENCARE, paying what they can or nothing at all, depending on economic circumstance. Often the request comes through a particular community group or CSO. At the same time, ENCARE actively leverages the convening and funding power of local governments and government ministries—for example the Ministry for Youth—to provide the resources and relationships needed for ENCARE to do its work. Often these bodies also provide funding for the community and youth-based projects that result from the intervention. Government bodies have funded libraries and youth centers in the past.
Roberto recognizes that human resources are key to spreading the 3I-based approach to addressing community disintegration and the drug problems that it can spur. He has therefore focused his efforts on training a cadre of highly skilled professional facilitators to carry out the work of ENCARE and, when operating independently, to apply ENCARE’s philosophy. He is currently working with a core group of 40 individuals in an intensive four-month training process and hopes to have closer to 100 such skilled professional in the next year. To complement these professionals, Roberto has struck deals with government bodies to train existing employees in his methodology. He recently signed an agreement with the Institute of Minors to train all of their educators and social workers that interact with street children.
Through his many years of leadership in the field, Roberto is uniquely positioned to transform Uruguay’s policies toward drugs. Aside from spreading his methodology and the ideals behind it, Roberto founded POID in 1999 to link together all of the civil society organizations working on drug related issues. He headed that organization for four years, during which time the group drafted a code of ethics for people and institutions working in the field. That group has served as a platform from which Roberto and others in his field can lobby for a comprehensive overhaul of the national public policy on drugs. Reinforcing his position, Roberto also currently heads the consultative group that advises the government on how to deal with the emerging crack problem.
Though Uruguayan through and through, Roberto recognizes that his country is not the only one in need. Several years ago he founded the Latin America-wide network of CSOs called ROID, or the Ibero-Amerian Network of Organizations addressing drug-related issues. Since its founding, he has been continually elected into its leadership position. This network conducted a study of regional practices related to drug use and, after diagnosing deficiencies in both strategy and information, began working to uniformly spread the integral and preventative ideals practiced by ENCARE.

Roberto was born in a traditional Catholic family in Paysandú, a small town in the interior of Uruguay. He is the middle child of nine and, as such, never sensed that he belonged to either the older group or the younger group due to the age gap with his siblings. Since his youth, this led him to constantly search for his own path. In early adolescence he joined several community service groups such as the Scouts, the Salvation Army, and Rotary International.
During the years of the dictatorship, Roberto traveled to Montevideo where he became convinced of the need to increase his social commitment and political opposition despite the risk posed by such activities. This realization had a strong impact on his life and in 1976 he joined the Church Youth Movement, where he led the students’ union activities in 1978 when such activities were forbidden by law. Later he moved on to join other church groups with deeper commitments to human rights and actively supported the clandestine organization of the Christian Democracy.
Following his strong social calling, Roberto moved permanently to Montevideo to study law, but, to a chorus of objections from his family, quickly re-focused his studies and joined the social work school. While studying he co-founded the Youth Forum, an innovative CSO that played an important role in the youth movement of the day.
In 1985 and 1986 Roberto was awarded a scholarship by the Council International Program, the Philadelphia International Program, and the University of Pennsylvania. During this period, he worked with he worked with young South Philadelphians with drug problems who were in trouble with the law. This experience only served to confirm his commitment to the poorest and most excluded sectors.
Back in Montevideo, he opened the first Family Attention Center, thereby launching the first prevention and attention center for young people at risk in Uruguay. Still in his 20s, he not only designed the program but also raised the necessary funds and put the program into action.
In 1994, when drug use was just beginning to pick up in Uruguay, Roberto realized that his country needed an organization exclusively focused on addressing the problem of drug consumption. He founded ENCARE, of which he is currently the president. Today Roberto is a national reference on the drug issue and has gained the recognition of both the government and civil society organizations in this field.