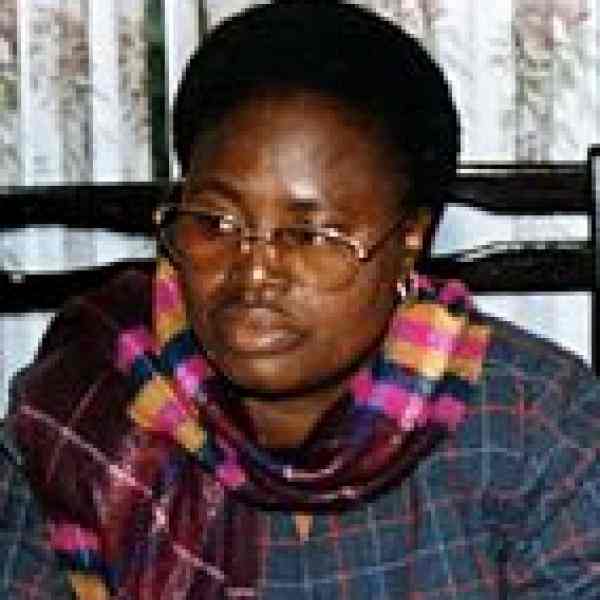 Marcelline Ouédraogo (Burkina Faso 1996) is transforming one of the few economic assets in Sahelian Africa controlled by women-karite butter-from a less-than-subsistence, informal-sector activity into a formalized and systematized cottage industry capable of generating not only dramatically increased incomes, but also new jobs, new skills and opportunities and, perhaps most importantly, the organizational base for further expansion of women into the formal economy.

Marcelline Ouédraogo has transformed karite processing and made it into a substantial industry run by women, from production to marketing of a wide range of consumer products. She has grown this undertaking from existing women's cooperative organizations and is consciously building an enterprise that is democratic and cooperative-one that is as concerned with raising the status of women as it is with generating profits. In addition, Marcelline is working with a local research institute to develop a new hybrid of the karite tree that will bear fruit at a much faster rate.

In the Sahelian countries there are few accepted activities where women can earn their own money. One of them is the manual extraction of karite (shea) butter. Until recently, however, women had no control of how the product was actually marketed; they were limited to selling locally the small quantities they made individually or as part of a small group of several individuals.

Marcelline brought "assembly line" scale economics to bear when she created her first 30 woman cooperative in 1990. In that venture, individual participants were no longer responsible for all steps of the production process. Instead, each woman was assigned to work on a specific stage-cultivation of the karite, preparation of the raw material for extraction, oil extraction, further processing of the butter depending on its anticipated end use, or packaging. In addition, Marcelline and her members began marketing the product to volume buyers. By 1996 the cooperative (named Songtaaba, which in the Moore language means "to help one another") had identified a market for karite butter of approximately five hundred tons with a market value of US $410,000. Women workers are paid according to the task and their availability. They have flexible working hours even when they are organized into teams. For the first time, through the association, women members can gain access to a line of credit. The association also has a special fund to help when members experience particular difficulties such as a death in the family, medical emergencies or the need for help with school fees. Building on her experience with Songtaaba, Marcelline organized the Collective of Producer Associations of Karite Butter and Other Products, which now has 350 women members in five provinces. The associations, in turn, work cooperatively; for example, some of them focus exclusively on supplying Songtaaba with raw material for processing. Marcelline now has a three-part strategy. First, she wants to spread this form of organized approach to other West Africa countries. (Songtaaba has recently welcomed its first Malian Cooperative to the Producers Association Collective.) Second, she wants to upgrade the production process, starting with the introduction of an oil press machine. And third, she wants to market her product directly to overseas buyers, who she now sees as her largest and least-tapped market.

Marcelline was born in 1958 and became involved in women's issues when in secondary school. There she organized activities supporting girls' schooling and opposed forced and early marriages and genital excision/mutilation. After graduation, Marcelline went to work for a telecommunications company. She is married, with three children and four adopted orphans.