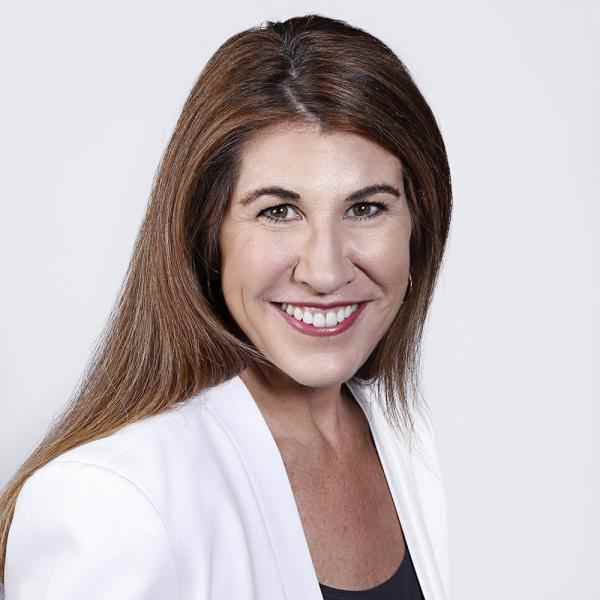 Lauren McNamara, armed with new measures and data she developed, is persuading and heling elementary schools replace harmful recess patterns with new approaches that help children grow socially and emotionally, not least by helping one another grow.

Building off of several years of rigorous prototype testing and of associated research, Lauren is helping everyone grasp that recess is, first and foremost, a social space where friendship and social interactions transform a young person’s trajectory—for good or ill. And she is persuading elementary school staff, parents, students, and policymakers to shift to a far better model.

Lauren’s approach equips stakeholders with the skills and mindsets to create the concrete culture, role models, activities and physical space necessary to support young people in building healthy relationships that lead to life-long competency, well-being, and quality of life. Her approach uses social patterning to create a positive recess experience where the nature of the interactions cumulatively foster significant life advantages for the child. Lauren has co-designed customizable and ready-to-use training programs and resources for schools with students, teachers, and principals. Volunteers and regional recess coordinators are provided to schools alongside training guides with examples, templates, games, and best practices that can be adapted to each school’s specific needs and resources. The approach includes volunteer role models on the playground who correct negative behaviors and promote compassion, social interconnection and physically active play. Because one of the first ways humans learn to learn is through mimicry, volunteer role models coming from the community, such as a local university’s cooperative students, help to establish these new habits and norms for recess time. Lauren’s design also ensures that recess includes activities pertaining to different student interests and can adapt to diverse school’s spatial layouts. Also, activities rotate on a ten-week basis, which keeps children interested and engaged in meaningful and active play.

Evaluations show that Lauren’s adaptable remodeled recess does promote student well-being. This research shows significant increases in enjoyment, sense of belonging, acceptance, positive friendships, and activity engagement for all students—factors that are well-understood to have cascading effects on academic, family and community life. Her grassroots initiatives with schools and school boards come paired with strategic national partnerships that enable her to move policy makers towards broad commitment to making recess a reliably key way of advancing children’s ability to contribute and their wellbeing.

Recess is typically the only time during the school day that allows children free time to socialize, connect and engage in play. However, it is often overlooked in schoolwide improvement plans because, before Lauren’s research, there were few evidence-based practices or ways of highlighting issues or guiding interventions. Although recess occupies a small percentage of the average student’s school-day (typically two 20-minute time periods), these breaks can cumulatively have major impacts on social, physical and emotional development. According to Lauren’s research on the state of recess in Ontario elementary schools, 43% of students experienced daily social conflict during recess and reports of victimization ranged between 13% and 30%. Furthermore, she found that 24% of children feel lonely during recess, 59% are often bored, 49% don’t feel comfortable talking to staff about what happens at recess, and 29% don’t feel safe from the “mean kids.” And children with disabilities are by far the most vulnerable to negative experiences during play and social interaction at recess. These percentages are unacceptably high. and such encounters are well-understood to affect wellbeing, school engagement, and confidence.

The problem of recess is rooted in the conventional, unstructured, and low priority approach. Research on recess in Canada suggests that many children are at a disadvantage as a result of: crowding, boredom, barren environments, minimal supervision, limited equipment, reactive discipline, liability fears and dysfunctional patterns of interaction. Many collective agreements suggest only one supervisor for every 150 students in an elementary school recess period. Supervisors are typically part-time staff that are hired to fill in for teachers who are on their breaks at this time. These supervisors have limited time, energy and capacity to ensure that students are receiving the attention that is required to have a positive play space. This is problematic because negative patterns of interactions (rejection, victimization, isolation, loneliness, and chronically high levels of conflict) create relational stress, which disrupts children’s ability to function. Consistent exposure to negative interactions can trigger debilitating relational patterns that become normalized over time: exclusion, rejection and intolerance become understood as socially acceptable, routine behaviors.

At a policy level in Canada, only two of the province/territory Education Acts mention recess at all, and only briefly. The acts don’t define and elaborate the role of recess in the schools, so policymakers, insurance companies, licensing boards, and school boards do not have a standard to work from. The lack of regulation has cascading effects on organizational structures, funding allocations, attitudes and actions. This manifests itself on the playground, undermines any health benefits, and is a source of frustration. Fewer resources are being dedicated to ensuring that children experience healthy, active and mentally stimulating breaks. Current strategies to resolve the issue of recess have used temporary solutions without predicting the long-term negative effects or capacity for sustainability. In order to challenge today’s patterns and enable recess to become the invaluable space for social and emotional development it should be, Lauren is focusing increasingly on policy change.

Until Lauren’s extensive work, very little had been done within the Canadian sphere to understand, let alone improve, current conditions.

In 2010, Lauren started her data collection on recess with the Saskatoon School Board by interviewing children about their recess experience. She learned that children feared recess when they did not have friends. She also learned that children felt like they needed options for various forms of play and that this could help them to build friendships. For many of these children - especially those in economically challenged neighborhoods - recess was the only time of day that they had access to recreational facilities and free time with peers.

In 2012, Lauren began piloting a very different approach in Southern Ontario. Student ability to play together and wellbeing both increased. A key aspect of the pilot was the involvement of both university and elementary students as recess coordinators in the schools. This element of her strategy doesn’t overload school staff and respects collective agreements. It draws in support from (1) the surrounding universities and colleges and (2) senior students from the elementary schools, who volunteer their time as designated “Junior Leaders.” Each school has a team of five to ten Junior Leaders to help one post-secondary student to monitor the activities and ensure that every child feels included. The Junior Leaders “own” the program and develop skills, pride, and confidence. Co-op and volunteer students gain leadership skills and work experience. School staff find their students calmer and readier to learn. Over the last several years, Lauren brought her approach to three school districts and 14 schools across southern Ontario. She prioritized elementary schools located in low-income neighborhoods because these children have access to less co-curricular play opportunities.

As is typically the case, Lauren learned a great deal from this beta stage of turning her vision into reality. She has new measurements of the importance of the change she is championing and also of her approaches. And her model is far fuller and better designed.

More important in her case, she has developed a plan of how practically to tip the whole system, the critical next step for the entrepreneur. Drawing on what she has learned and measured so far, she is now focused on and committed to: (1) build relationships among national organizations and stakeholders to ensure policy development that promotes and protects play environments in schools, (2) boost the national conversation around recess to reshape attitudes about social relationships, healthy play, and accessible play spaces, and (3) ensure new school level routines are reinforced and supported in systemic, sustainable ways.

To help ensure systemic changes at the provincial and national levels, Lauren leveraged the strong evidence base that she built to engage Physical Health Education Canada (PHEC) as a partner. This partnership in turn reinforces and helps structure her engagement with a host of key actors across Canada. (The organization's stakeholders represent the education, health, public health, research, government and active living sectors. Some of the key national organizations engaged on this issue include the Canadian Public Health Association, Joint Consortium for School Health, PHEC Research Council, Council of Ministers of Education, PHEC’s Council of Provinces and Territories, the Canadian School Boards Association, and the Canadian Association for School System Administrators.) In this partnership, Lauren is tasked with: (1) co-creating a national advisory committee and national position paper on recess; (2) developing a policy statement for the provincial Ministers of Education, and (3) launching a national social media campaign to educate the public at large. In addition, 50 new schools across Canada will act as pilot sites for a national roll-out at a grassroots level.

Lauren is also championing the integration of supportive policies into provincial Education Acts, with sufficient detail to protect and promote Article 31 in the UN Convention on the Rights of the Child - Children’s right to Play, Rest, Leisure. This will make the Recess Project’s innovation a fundamental part of elementary education and, if successful, would be the first of its kind to protect recess as a positive social space. Overall, Lauren and her partners seek to inject new organizational routines - at a national, provincial and regional/school level - to act as levers to change mindsets around the role of recess in childhood.

To ensure long-term sustainability, Lauren contends that recess must be part of the larger social fabric of the school environment. As such, she is championing a teaching release within collective agreements for teachers to adopt the task of ‘master planner’ for recess. She has found that forethought, planning and prevention are much more effective and cost efficient than reactive discipline. Furthermore, teachers quickly appreciate the positive effects of improved playground dynamics in their classrooms and can serve as powerful champions to support the widespread effects of meaningful play during the school day.

Lauren’s passion for the space of recess stems from her own experience with conventional recess. In first grade, she suffered a head injury that caused her to lose her hearing. As a result, she was marginalized by her peers who lacked empathy towards her situation. This was exacerbated during recess and the negative effects persisted throughout her youth, causing her to drop out of high school in tenth grade. After taking a short break from her education, Lauren took an equivalency exam at the age of 16 in order to re-enter her formal education journey and to attend university. Her goal was to make a difference for other young people facing similar obstacles in their educational experience. Lauren’s tenacity in the face of stubborn adversity helped shape her into the powerful social entrepreneur that she is today; she has made it her life mission to eradicate the problems that arise on and from the playground during her lifetime.

Throughout Lauren’s life, she has ignited change, both large and small. For example, during her undergraduate environmental studies in 1993, she challenged local news channels to prioritize environmental news. One newspaper even now still has an environment section that started then because of her drive. As a young adult studying education in 1998, she noticed that youth voices were not represented in a prominent national education conference. As such she designed and set in motion a student-led component that remains a cornerstone of the conference in 2018.

Lauren, a PhD in the psychology of education, has over 20 years of experience working with schools across North America.