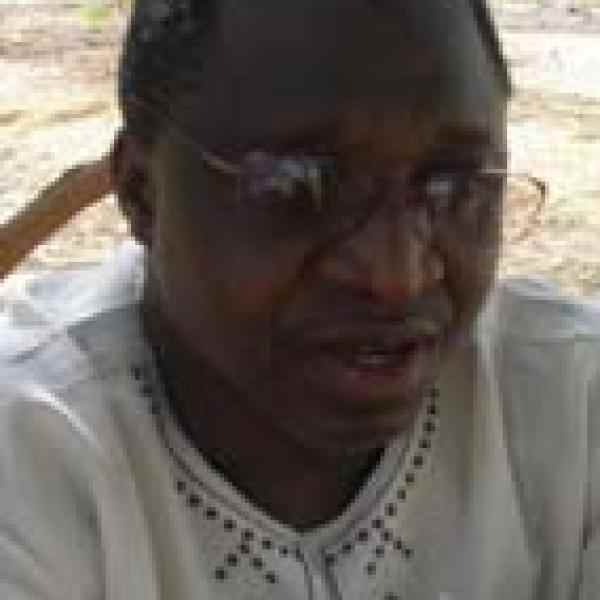 Dramane Coulibaly has successfully reversed centuries-old cattle raising practices among Peul and Touareg herdsmen in Niger, which in current conditions, are economically unsustainable and environmentally destructive. Dramane reinvented the cattle raising business model, leaving the herders with smaller but healthier and more profitable herds, and more downstream jobs created for processing marginal animals. His approach has been recognized and endorsed by the Government of Niger, and it holds wide promise for reforming herding practices of previously nomadic tribes who find their means of livelihood threatened across the Sahel.

It has been known for a long time that the combination of diminishing water and available pasturage was threatening the livelihood of the Peul and Touareg tribesmen who made their living breeding and moving herds of cattle from one grazing area to another. In the face of these threats, the tribesmen were unyielding in their loyalty to the animals, preferring to remain with the animals whose constitution was not up to the rigors of moving from one grazing area to another. Faced with the problem of marginal animals in their herds, the tribesmen chose to sell their hardiest cattle to the market and allow their compromised animals to die, losing any residual value that the animals might have.

Dramane saw that the solution was to reverse this practice—to create a system in which the farmers could conserve their best animals until they could fetch a maximum price and find other market outlets for the marginal animals. To accomplish this, Dramane introduced a version of South African “Biltong”—beef jerky—and then created a separate delivery chain for the marginal animals: Intermediaries to work with the cattle herders, separate and driven to local abattoirs set up for the driers to cure the meat, and new (for the region) processing of bones (for powder) and other parts of the animal.

The impact of Dramane’s idea has been to reduce the size of the herds by as much as 50 to 60 percent, and to increase the value of the remaining herd by as much as 100 percent, because the animals are able to make better use of available pasturage, and to create a new income stream from the sale of marginal animals the tribesmen previously left to die.

Between 2004 and 2010 the Niger livestock industry was hard hit by a combination of drought and decreasing pasturage. While estimates vary, the total number of cattle decreased by more than half, and studies done in this period showed that available pasturage could only meet the needs of, at most, two-thirds of the remaining herds.

The response of cattle breeders was to sell their remaining prized cattle, further contributing to the decrease in the quality of the genetic strength of the remaining livestock. This downward spiral threatened to wipe out the traditional livelihood of thousands of Peul and Touareg herdsmen and their families.

Dramane began by creating a market for dehydrated Niger meat (viande dehydrate du Niger-VDN). He adapted drying technology to suit local conditions, found buyers for the product, and when established, he worked with tribal elders to convince them to adopt a practice of selling their marginal animals for this use.

To ease the transition of separation, Dramane trained and recruited members of the tribe to act as “interveners”—specially designated people considered sufficiently sympathetic to ease the animals away from the main herd and gently lead them away—people who could see which animals had sufficient remaining strength to be led away and driven to local abattoirs set up for the purpose of processing these animals. The best animals, the ones who would normally only be taken to the abattoirs when they were healthiest and heaviest, continued to be processed at existing abattoirs.

This concession to customary practice was deemed acceptable to tribal elders. The approach has been successfully adopted in ten communes in Niger, where abattoirs and driers have been created, local interveners trained, and the Ministry of Health and Agriculture has invested in additional infrastructure to accelerate the conversion of Peul and Touareg herdsmen to this new approach. Now, instead of simply being herdsmen, Touareg and Peul are active across the supply chain as meat butchers and wholesalers across the Sahel. Dramane is using these entrepreneurs to spread this approach, and is expanding his work to Senegal and Mali.

Dramane lost his father when he was three-years-old. He was the only child of five the family sent to school in Banfora. Dramane received his baccalaureate, attended university in Ouagadougou, and graduated in 1985 with an engineering degree in rural development.

After a mandatory stint in the People’s National Service and teaching for three years, Dramane returned to direct involvement in agriculture in the region of Bobo-Dioulasso, leading projects aimed at riverbank protection and creating four fruit and vegetable processing businesses for local women’s groups. By the time he left, he had created twelve viable rural enterprises that were staffed and managed by women.

From 1996 to 2004 Dramane used his talents to strengthen producer organizations in twelve West African Anglophone and Francophone countries. In 2004 he was asked to revive a longtime West African citizen organization, CESAO, which had gone bankrupt. Dramane stepped in and immediately shifted the organization’s focus from research to reengineering value chains, beginning in Niger by reinventing the business model for tribal cattle herders. He is using CESAO as a platform for reengineering failed value chains across West Africa. In addition to managing CESAO, Dramane is a founder of the West African Climate Coalition and co-founder of an association in Banfora specializing in innovating new drying technologies for meats, fruits, and vegetables.