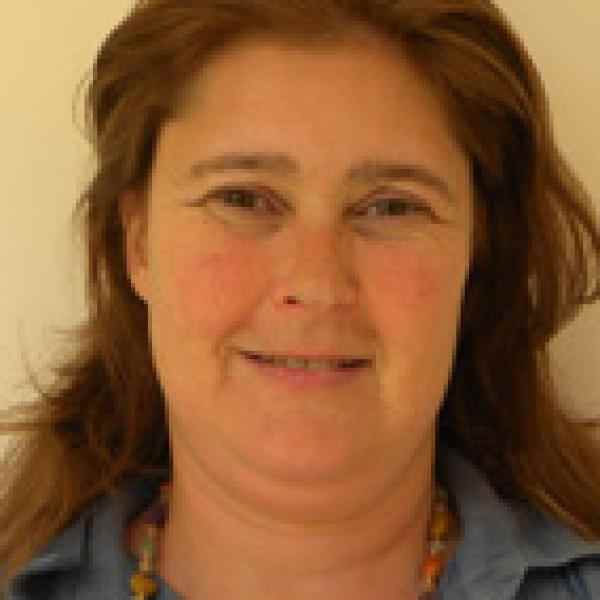 As government recognizes it cannot possibly fulfill its pledge of affordable housing without going bankrupt first, Andrea Bolnick is demonstrating a new approach to providing “dwellings with dignity” to South Africa’s most vulnerable. Through active community engagement, Andrea is able to firmly place slum dwellers in the driver’s seat and bring about needed renovations to their homes. In addition to a more strengthened community, the result is the effective removal of the threat of fire, flooding, and other general public health concerns that pervade these areas.

As people migrated in increasing numbers from rural areas, and South Africa became home to refugees from Zimbabwe and other African conflicts, Andrea realized that government efforts to move people into durable subsidized housing were not going to come close to meeting the large and growing demand for “dwellings with dignity.” With new informal settlements sprouting up, and older ones expanding as new migrants crowded in, the shack dwellers only goal was “a roof over one’s head”—even if the walls were a fire hazard and the dirt floors pooled with water when the rains came.

While government subsidized housing schemes have focused on removing people from such informal settlements altogether, Andrea is focusing on improving the housing stock available to build and renovate the shacks in shanty towns. Founding Ikhayalami in 2006 with representatives drawn from informal settlements in and around Cape Town, Andrea created prototype dwellings constructed with fire-safe walls (made of corrugated aluminum and zinc), proper drainage, and the flexibility to add other features as services to the settlements improved. These renovations were designed to be done without the need for government funds or intervention, and in fact, the community is asked to play a leading role in both the design and financing scheme. More importantly, after a considerable process of community consultation and agreement, a broadly applicable renovation process has been created—and can be accomplished in a single day. From removal of existing shacks to regrading and drainage modification to assembly and erection of new cluster dwellings in the same location where people live, Ikhayalami’s model essentially allows people to move their effects out of a dilapidated home in the morning, and move them back into a safer, nicer home the same evening.

Estimates by the Slum/Shack Dwellers International network vary slightly, but put the number of South African’s living in shacks in urban and peri-urban areas at approximately 12 million, which is close to a quarter of South Africa’s population (currently estimated at 49 million). Until recently, government policy was to put such people on housing lists where they would become eligible at some point in the future for permanent housing built and paid for by the government. The government’s cost of building this permanent housing for a family of four, were it to have sufficient revenue, is estimated at an expensive US$20,000, and the accommodations would not necessarily be in the same area as the current homes.

While the government comes to terms with how to finance this housing scheme, whose unfeasibility is becoming increasing apparent, the threat of fires in informal settlements continues to loom large. For example, the Joe Slovo settlement has had three major fires in the last six years, one of which claimed several thousand dwellings while the other two claimed several hundred. Kerosene and flammable building materials are the usual culprits of such disasters. Additionally, improper drainage often causes structures to flood and collapse, and leads to generally unsanitary conditions.

Adding further complexity to the situation is the fact that, often viewed as both illegal and a nuisance by government, people living in informal settlements receive few, if any, public services. In some well publicized cases, the government has tried to tear down shacks and evict people living in these communities. This has led to demonstrations, tear gas attacks, public disorder, and criticism of government’s “heavy handedness.” Together with related allegations of corruption—payments made by developers to government officials to clear the settlement dwellers from the land—have created an increasingly antagonistic relationship between the two groups. This is amplified further when cash strapped governments ignore informal settlements altogether, and instead distribute money for needed services to central city upgrades and townships.

From the beginning, Andrea set out to prove that sustainable and durable upgrades in informal settlement housing were affordable in comparison to government schemes, would address the most pressing dangers faced by the inhabitants, and that the communities themselves would willingly participate in, and contribute to, the financing of the planned upgrade.

Andrea took the opportunity to demonstrate this when a fire destroyed a block of 400 shacks in the Joe Slovo informal settlement in 2009. Through conversation with community leaders, Ikhayalami organized families into clusters whose new homes would be laid-out to include a common interior space for children and adults to gather without concern about dangers from the street. Each cluster also provided proper drainage, while each family in the cluster received grading of the interior dirt floors and four walls made of fire-resistant treated corrugated aluminum and zinc, with pre-cut holes for windows, doors, and utilities. The residents of each cluster were responsible for providing the windows, doors, and roofs. In addition, each family contributed 10 to 20 percent (approximately US$50 to $100) of the total cost of the improvements provided by Ikhayalami (the unit cost, including all improvements, on a per unit basis, is approximately US$500). Key to this process was the shack dwellers and local leaders who decided how the clusters would be configured and how cluster members would contribute to financing the upgrades.

Andrea owed the positive response of settlement residents to the quality of the structures to argue for settlement upgrades as the correct, affordable approach to providing “dignified dwellings” and addressing the pressing danger of fire and public health problems posed by settlements. Building on growing government understanding that her model will positively impact a much larger percentage of the population with resources than the public housing approach, Andrea created a City Fund that shifts investment from a limited amount of high cost subsidized housing to informal settlement upgrades. Andrea is pressing for changes in public policy that will put the responsibility for carrying out the necessary consultation and subsequent upgrades with citizen organizations (COs) working in partnership with local communities within the settlements. She is already working with local community organizations and South African COs to redesign existing microsavings programs to increase their participation rates in local communities, and make them a key component to mobilize community resources for the upgrade process. Community involvement in planning and implementing the renovations is central to Andrea’s approach and bestows a unique sense of ownership and security of tenure.

Thus far, Andrea has upgraded 200 homes including 150 in the Joe Slovo community. She is looking to triple her construction team and expand her operations beyond the Western Cape to Johannesburg and Durban. To do this, Andrea is looking to set up a community fund—the community upgrading facility fund—to which upgraded communities will contribute 30 percent—20 percent to their upgraded house and 10 percent to other community development initiatives. Her partners in this project include: Informal Settlement Network, Shack Dwellers International and the South African Homeless People’s Federation. Andrea hopes to have put up 2,000 upgraded houses by 2014. She currently manufactures at three locations: Joe Slovo, Upper Shefield, and Johannesburg.

Andrea is also looking to disseminate the model as a solution to the danger of fire, improper drainage, and sanitation in slums and similarly situated informal settlements across Africa. But she is firmly aware that some of the details may need to be adapted to local contexts. In Kenya, which does not have a public housing subsidy scheme like the one that exists in South Africa, the plan is to take the concept of the clusters and finance them through local community trusts. One such Kenyan organization, the Muungano Support Trust, has decided to implement the idea. Finding these partners, as well as taking the time to build the support and cooperation of the shack dwellers themselves, is integral for her plan to scale. But Andrea has also caught the eye of larger players who will no doubt play a key role in Ikhayalami’s expansion. In April 2011 the United Nations Development Program invited her to create a permanent exhibition of her “cluster structures” in the courtyard of the UN office in Nairobi, Kenya.

As a young child, living under the apartheid system, Andrea’s parents taught her firsthand how to reject racism and fight against social injustices. Her mother was a member of Black Sash, a non-violent white women’s resistance that fought against racism and social injustice under the apartheid regime in South Africa. From an early age, Andrea often followed her mother into the townships and seeing the conditions in which people lived, affected her deeply. Andrea attributes her servant-leadership style of community engagement to lessons taught to her by her parents. She determined early on that her calling was in helping the poor and underprivileged to have a better life.

As a student in the mid 1980s, Andrea was actively involved in anti-apartheid work and was an active member of an anti-apartheid youth movement. Upon completing her bachelor’s degree in political science, she went on to start the largest and most successful cluster of flea market vendors serving poor people in the townships around Johannesburg. Andrea then founded four retail shops selling shoes, textiles, and artisan crafts. She also volunteered as a consultant with COs and CBOs around business development. It was through volunteerism that Andrea came across and was exposed to the work of Slum/Shack Dwellers International. She immediately saw the vulnerability of shack dwellers to fires, floods, disease, and evictions. Realizing the level of inadequacy of government efforts to address the housing needs, Andrea’s desire to make a difference was ignited. She founded Ikhayalami.