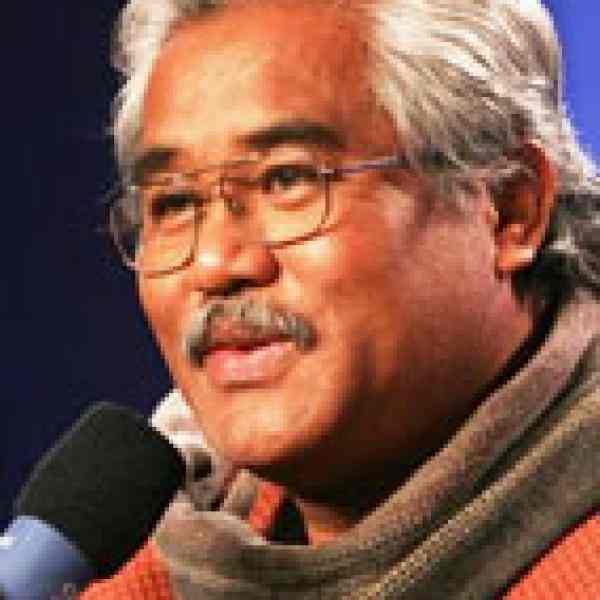 Condividi
Thailand
Development and Education Program for Daughters and Communities

Sompop Jantraka is providing hopeful alternatives to young girls who are on the verge of being sold into prostitution. Working with them, their families, and their communities, he is raising awareness of the girls' value as human beings and is helping the girls themselves identify more positive life choices.

Although officially illegal, prostitution is woven into the fabric of Thai society. The system of prostitution "recruitment" has become pervasive in rural areas since many families who live in impoverished villages will sell their daughters into prostitution when faced with financial crisis. The parents are subsistence farmers or villagers with few work opportunities and are trapped in a cycle of poverty and debt.

While several programs exist that attempt to rescue young women from prostitution, Sompop Jantraka's Daughters' Education Program is pioneering earlier stage preventive intervention before parents make the crucial decision to sell their girls to brothel owners. The program first identifies the villages and girls most at risk. After gaining the trust of the girls and their families, the program provides education on human worth and vocational alternatives. The girls acquire enough self esteem to resist their own sale into prostitution and, if necessary, to leave home and build new lives. The program supports their search for alternate life and career choices.

Through his research into the economics and root causes of prostitution, Sompop first identified several villages that were regular "suppliers" of young girls to brothel owners. Typically, the girls are sold by their parents around the time they graduate from the compulsory six years of primary education, at the age of thirteen or fourteen. The Daughters' intervention cycle begins six months before this point in a girl's life, allowing sufficient time to learn about the families' problems and help them develop other courses of action. The priorities of the Program are to develop, educate, and protect. If any girl is unable to remain with her family, the Program will help find a solution. From an initial nineteen students in 1989, the program now supports over 400 girls.

Prostitution is an established tradition and big business in Thailand. Economic and social factors have led to its institutionalization. The large majority of Thai men report they have visited a prostitute at least once in their lives, and many men who are sixteen to 45 years old are regular customers. Very sophisticated systems supply this industry with girls who are seen only as a commodity. Banks actually provide loans to brothel owners with the proviso that they engage a certain number of prostitutes. The girls are found in depressed rural areas.

The rural poor have been most notably left behind in modern Thailand's rush to develop economic and industrial might. The country has not followed the model of several other industrialized Asian countries by making quality universal education and rural infrastructure a high priority. Development funds have been overwhelmingly concentrated in urban and industrial areas, while prices for agricultural commodities have fallen and the land has become increasingly degraded. The agrarian majority of the population has steadily lost ground economically as their urban counterparts have become more wealthy. This has spawned an economically motivated migration to urban areas, leaving many families divided and discouraged. Those remaining in the villages are faced with increasing debt which leads to the loss of their land and, ultimately, the loss of family and personal integrity. Poverty and lack of education contribute to creating an environment where rural parents will sell their daughters to brothel owners.

Another contributing factor to the problem is the low level of empowerment held by many women and girls in Thai society, particularly in poor and under-educated communities. Polygamy is common, especially among the hill tribes, where women are even more oppressed than in ethnic Thai villages. Girls are inculcated with a sense of duty to family that denies their individual worth or their right to hold private aspirations. In some locations, as many as 90 percent of girls have left their village to work.

The brothel owners have networks of agents who comb the villages, seeking out troubled families with daughters to tempt them with offers of money. Once sold, the girls find it difficult to escape prostitution: its reality is usually very different from what they have been promised. Many believe they are going to work as housemaids or in laundries, but instead find themselves imprisoned in damp, dirty, overcrowded brothels. In addition, prostitutes may be abused by clients or pimps, and face the danger of contracting HIV, which is epidemic in Thailand.

Since its inception in 1989, the Daughters' Education Program has established itself in villages in Northern Thailand, among hill tribe groups and lowland villages, and because the problem is not confined within national borders–into the greater Mekong region. A staff of volunteers who receive small stipends administer the program, and a network of caring individuals identifies girls at risk of being sold by their parents.

Sompop focuses on the new generation of potential prostitutes in order to stop the destructive cycle as early as possible. Through networks of people such as teachers, monks, and community leaders, the Program learns which girls will be among those targeted annually by brothel owners. From there, it works to intervene before the young girls are forced to enter indentured servitude to the brothel owners in order to alleviate their family's financial problems.

Over an initial two month period, the Program staff interviews girls about their future hopes and plans, and gradually gains their trust. At this point, the Program staff approach the girls' homes to begin educating the family. The girls and their families attend monthly seminars where guest speakers and girls who have participated in the program provide information about prostitution and alternatives for earning a meaningful livelihood. Girls who were once designated for brothels and who have avoided this fate, also provide examples of leadership by moderating the seminars and articulating their current life plans. The goals of the seminars are to create dignity, confidence, and self-esteem in the girls, and help the parents realize their own daughters' worth. Ex-prostitutes, teachers, and doctors provide information about what the life of a prostitute is actually like in order to counter the claims of the village procurers and brothel owners who court the parents.

All girls attend a camp for a minimum of one month, which provides vocational alternatives, training, and skills in being independent. This program is designed to offer options to the girls and decrease their dependence on their families or others for their livelihood. Nurses, doctors, lawyers, and artists offer insights into alternative options. For the first time in many of the girls' lives, the rights of their families to demand that they become prostitutes is discussed within the context of human and women's rights. The girls are encouraged to stay active in the program and to help raise consciousness among other young village females.

The Program plans to publish a children's newspaper that will be the main activity of an Information Center to be established at the Program's headquarters in Mae Sai. The Center will collect and distribute information about issues affecting young people in Thailand's impoverished northern provinces. The newspaper will be made available for teachers and youth workers to use in discussion groups.

Another project is the Street Education Health Program, which works with local child beggars who live on the streets or are sent from nearby villages, sometimes with a begging cup, sometimes dressed in bright hill tribe outfits to pose in photographs for affluent tourists. These children range in age from babies to eighteen years old and are often targeted by sex trade agents who seek them for work in city brothels. This project works toward gaining the trust of the youngsters and their families with the objective of providing them with an education and often assistance.

Sompop was born in southern Thailand to a poor family and has worked since he was seven years old. He became a temple boy in order to complete his primary and secondary education. From age fourteen to sixteen, he was influenced by his contact with an American Peace Corps worker, who encouraged him to believe in himself and set goals. Sompop enrolled in the University of Chiang Mai and had to work full time in order to put himself through the three-and-one-half year political science program over a period of eight years. His first professional position was as researcher for a study on the economics of prostitution. This led to his interest in working to save young girls from being sold into the sex industry, and his subsequent establishment of the Daughters' Education Program. He is also involved in building networks among children's rights organizations in the region and internationally. Sompop is married and has two children.