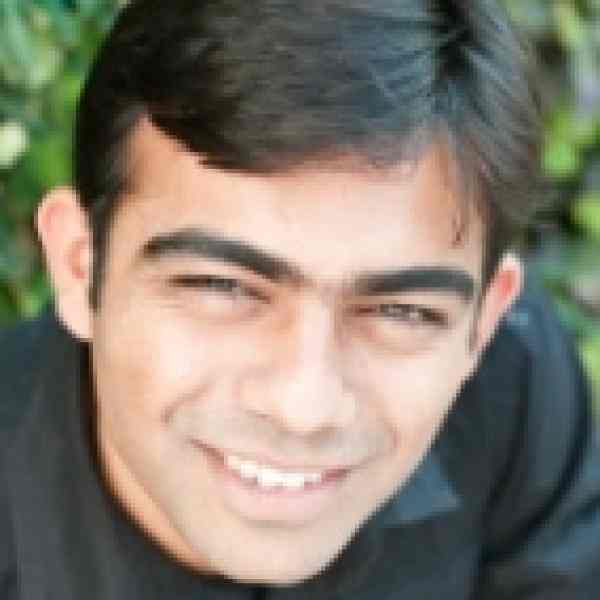 Shubhendu Sharma is changing the framework of urban landscaping and afforestation by influencing two key groups—government and corporations—to adopt methods that optimally use land to increase green cover.

Every minute, the equivalent of 36 football fields of forest disappears globally, while 114 cars are produced. Shubhendu knows that we cannot survive without fresh air and natural resources; and, in contrast to many others, he believes we can take actions that will make a big difference. We can help re-green the planet by planting and growing new forests in the cities and their surroundings. His approach requires a minimum amount of care, commitment, and knowledge. With Afforestt, Shubhendu has turned the dream of growing wild urban forests into an accessible reality.

Shubhendu works with different stakeholders to convert empty urban and peri-urban spaces into natural forests (with spaces as small as 100 sq mt). He begins with a triangle of resources: (i) free saplings from the forest department (ii) investments from the District Collectors (iii) and manpower to plant and maintain the forests from the municipal corporations. Shubhendu works on any space—from road dividers, lawns and gardens in office or housing complexes, traffic triangles, sides of highways, and other urban and peri-urban spaces that are currently empty. This not only reduces his costs, but also influences the mindsets of local government to better understand environmental issues and sustainable urban development. To accelerate impact and make the process sustainable, Shubhendu uses the Miyawaki method of afforestation, a technique that makes trees grow 10 times faster than in nature, creating a self-sustaining forest within two to three years.

Urbanization in India is relatively low compared to other countries (31.2 percent in 2010), but is increasing rapidly. Over the past decade, the urban population has grown 31.8 percent, while it has grown only 12.2 percent in rural areas during the same period. By 2030, it is estimated that 40 percent of India’s population will be city-dwellers.

Hence, cities are encroaching into surrounding rural areas, and open spaces are becoming a rarity with buildings mushrooming everywhere. And as urban planning in India is weak, green spaces are disappearing. Ensuring a sufficient green cover in urban areas is unfortunately considered a low priority: Indeed, new accommodation solutions and transportation networks are often done at the expense of green areas. Most Indian metropolitan areas have a forest cover of less than 5 percent, according to the Indian Council of Forestry Research and Education. In cities that do have fairly good green cover, trees and saplings are often damaged by soil compaction and other effects of the urban environment. All this contributes to a poor air and environmental quality.

In some cases, government and private institutions (i.e. real estate developers) have created “green spaces” that act as havens within cities. However, most such spaces are laid with lawns or alien varieties of plants that require significant amounts of water. Not native to local regions, these landscapes are expensive and require high maintenance (in terms of manpower, watering, pesticides, and more), as well as being inefficient to absorb sound and air pollution. Hence, growing green cover is considered a useless and expensive luxury.

Most initiatives in India that work on afforestation in rural or urban areas, employ stop-gap measures like drives to plant saplings. Their performance is often measured by the number of trees planted and while well-intentioned, these endeavors take little initiative to employ methods to ensure the saplings survive. Hence, only one of ten saplings will usually survive and grow into an adult tree.

Shubhendu was quick to realize that for the idea of urban afforestation to be attractive to both individuals and institutions, it must be both efficient and financially competitive. Indeed, although his work is primarily to plant trees, he wants to achieve social impact while providing value to price-sensitive clients and stakeholders whose priorities are not initially social. Upon carefully analyzing the urban development space, Shubhendu found a way to reduce his costs by leveraging free saplings, urban space development funding, and manpower from three different government agencies. In doing so, he is connecting the agencies and drawing them all into urban afforestation.

Shubhendu targets various clients, offering end-to-end afforestation solutions to individuals, small businesses, governments, and corporations like Cisco Systems and GMR Group. With each client, he creates urban forests by employing the “Potential Natural Vegetation” methodology propounded by Japanese scientist Akira Miyawaki. For Miyawaki, a natural forest must be composed of native species, be maintenance free, and grow fast. This methodology, which Shubhendu learned from Mr. Miyawaki, has already proven successful. Miyawaki has planted more than 30 million saplings in 3,000 locations around the world. In ten years, these saplings have grown into dense forests perfectly integrated into the environment (i.e. the side of a highway or surrounding a manufacturing plant). The growth rate achieved by Miyawaki’s method is ten times faster than what nature would take.

Shubhendu has pushed this original method forward by introducing two changes and adapting it to the Indian context. First, he does not bring top soil from other localities to make a mound; indeed compared to Japan where lands have become barren due to decades of heavy industrialization, India has relatively unaltered soils that still have the necessary microorganisms to grow a forest. Shubhendu believes bringing external top soil would ruin this original land. Not only is this change a more efficient use of the available resources, it also allows him to cut costs by 33 percent. Second, Shubhendu has introduced Panchagavya, a natural liquid made of five elements obtained from cows. Traditionally used in religious rituals in India, Shubhendu uses it as an organic plant fertilizer, which enhances forest growth, increases immunity, and more importantly, naturally prevents stray cattle from eating the saplings.

Shubhendu believes that the quality of a forest can be assessed on three different criteria: (i) diversity (ii) density and (iii) self-sustenance. Afforestt uses a range of strategies and methodologies to measure up well against these tests. For example, Afforestt ensures diversity by identifying native species that will do well in the area after surveying the soil condition (measuring parameters like pH, nitrogen, phosphorous, and potassium levels). This is done with the objective of recreating natural and original greenery characteristics for the target area. Once the sapling, soil, and mound preparation is complete, Afforestt plants saplings of varied species to complement each other (typically mango, bamboo, and amla trees under four months old). In an average Afforestt project, there’s a minimum of 50 different species. Next, the structure of a natural forest is dense and multilayered: planting diverse saplings at a close gap of 1.5 feet ensures maximum density and forest strength—since plant roots do not get space on the side, they will go deep, literally letting the forest take root. In every forest Shubhendu creates, there are around 30 multilayered trees per 108 sq. ft. Lastly, the forests are designed to be self-sustaining after a maintenance period of three years, which consists of watering, weeding, and plant-straightening which is done by municipal workers trained by Afforestt. Shubhendu’s forests even shelter life: Seven bird nests and squirrels could be spotted within a 100sq meter project. The whole process does not involve pesticides and is 100 percent organic.

Leveraging the skills he acquired during his experience as an engineer at Toyota, Shubhendu assesses his performance by tracking monthly key indicators on all his projects, measuring the height, width, and survival rate of the trees. For example, his first project in Bangalore in a garden achieved tremendous growth. Due to the better nutrients in the soil and species complementarity, average growth rate is 5.6 feet every year, which is higher than his 3.2 feet initial target, and even higher than Miyawaki’s growth rate in Japan. And figures speak for themselves when compared to the 10cm average growth rate achieved in single-tree plantations. Moreover, Afforestt projects have achieved a sapling survival rate of 92 percent, again exceeding his expectations. Shubhendu also proved that compared to other existing solutions, Afforestt’s method brings a green surface area 30 times larger than other methods, resulting in 30 times more CO2 absorption, O2 creation, and water retention. Shubhendu has been able to replicate the method and achieve similar results in his other projects. With a price of 125 rupees per sq. ft., Afforestt’s forests are more financially competitive than grass lawns, which cost approximately 275 rps per sq. ft., excluding maintenance.

Shubhendu has created more than 17 natural forests in five cities in India, spreading over 105,000 sq. ft., and roughly 36,000 trees. He has shown the ability to seize unusual opportunities to extend his work. For instance, Shubhendu convinced the Bangalore Assistant Commissioner of Police to grow a forest around the digital crime building to ensure the confidentiality of their operations. More recently, Shubhendu has engaged colleges and institutions to conduct workshops on these methodologies. Promoting a “do-it yourself” approach, he is empowering youth and other citizens to easily grow a forest in their garden.

Shubhendu plans to focus on large-scale projects to maximize his impact. Afforestt’s actions complement the increasingly responsible attitude of corporations, which can mitigate their carbon impact, diversify their CSR programs, and involve their employees and families during planting.

Shubhendu is a passionate, self-driven, and action-focused person. He attended a convent school, but during grade 8, he was admitted to a Hindi-medium school and changed schools without telling his parents. Shubhendu also did carpentry and made models during his free time. Wanting to learn more, he studied engineering after high school. Shubhendu proved to be an engaged student, and was selected as the general secretary of his college and crowned best outgoing student of the year. As part of his final engineering project, Shubhendu created a scrap recycling machine which awarded him the annual prize from the Ministry of Higher Education of Karnataka. Later, Shubhendu was one of seven graduates hired by Toyota of 750 applicants.

While at Toyota, Shubhendu signed up for a reforestation program conducted by Miyawaki at the company’s plant in Bangalore. The efficiency of the method and its potential fascinated him. He thought that this is what he wanted to do for the rest of his life. Shubhendu experienced this workshop as a revelation, and became convinced that Miyawaki’s method was the most efficient to grow forest in a cost-efficient and sustainable way. Although most of Miyawaki’s projects were on large spaces, Shubhendu was inspired by the work done with the Japanese supermarket chain Jusco, which had planted tiny forests at hundreds of store locations following Miyawaki’s method. Shubhendu began experimenting in his 753 square feet backyard in Uttarakhand. He struggled, but it worked, and he decided to do the same for other people. Shubhendu hopes in five years to create forests with millions of trees and to increase the number exponentially thereafter.