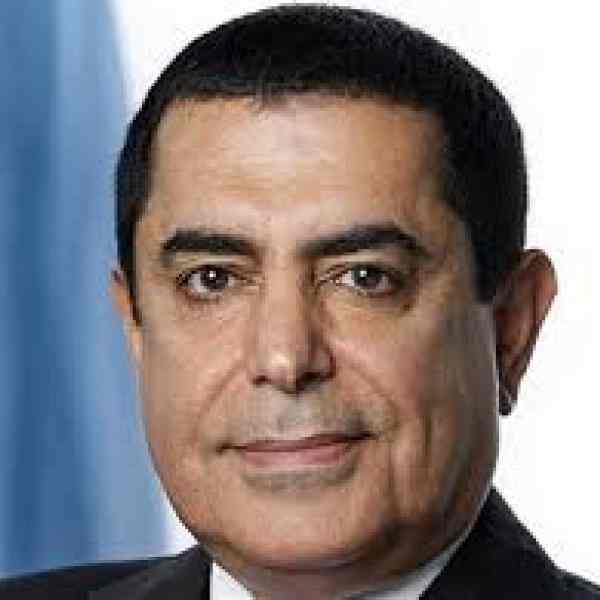 Nasser Youssef Nasr, 35, an agronomist from the small coastal state of Espírito Santo, is adapting an important discovery to Brazilian conditions and spreading it to Brazilian farmers. He's showing that by growing crops amidst mixed native groundcover and weeds, farmers can both limit pest damage without chemicals and multiply yields.

Nasser hit on the germ of this simple but potentially very important idea six years ago. The mayor of the town of Cachoeira de Itapemirim (pop. 145,000), located north of Rio de Janeiro state in Espirito Santo, hired Nasser to plant a garden on municipal land to supply fruits and vegetables for school lunches. Armed with the traditional methods he had learned in agronomy school, Nasser cleared the land and began planting. He applied chemical herbicides, pesticides, and fertilizers. But when he harvested his first crop, Nasser was disappointed by the low yields. Moreover, sensitized by a family tragedy, he started worrying that the children he was charged with feeding were consuming the toxic chemicals that he had used to grow his crops.
That worry moved Nasser to action. Nasser studied the literature on organic farming, visited alternative agriculture projects, and began to experiment with new techniques. His central insight came in the midst of this period of searching and experimenting. By clearing native vegetation--whether by hand or with herbicides--before planting a crop, Nasser saw that he was eliminating the insects' natural food. Left with nothing better to eat, the insects then attacked his food crops, forcing Nasser to use chemical pesticides to control the "plague."
This first insight led quickly to others. Leaving native vegetation in place before planting would eliminate most of the need for herbicides, and letting insects feed on that vegetation (their accustomed diet) rendered pesticides obsolete. As he put these ideas into practice, Nasser was delighted to watch his production costs drop radically. Replacing expensive chemical fertilizers with organic matter, much of it from this native groundcover, helped him reduce outlays by 40 to 50 percent. Nasser's garden required half as much water, since native vegetation and organic fertilizers helped the soil to retain moisture. Moreover, full groundcover all but eliminated erosion. Labor costs fell as well because the plot required only minimal weeding and application of chemical products.
Nasser's most satisfying success and what helped him sell his techniques to farmers around the state, high productivity. Today, Nasser's 10-hectare garden provides enough fruits and vegetables to feed the people in the town's schools, hospitals, shelters, and day-care centers. Yields of citrus fruits, tomatoes, carrots, and other produce are several times the national average. Moreover, harvests are growing in quantity each year rather than diminishing, and the crops are remarkably disease-resistant. Moreover, by raising the productivity of his small plot, Nasser has freed up space for diversification. He now plants 10 different crops where only two or three grew before.
The alternative agriculture movement has had increasing success in making farmers and consumers aware of the risks of industrial agriculture. However, despite a number of steps forward, such as integrated pest management (one bug eliminates another), farmers often feel that there aren't enough alternatives. Nasser's approach and education program are targeted right at this central-most need.
As word about Nasser's method has spread, farmers from around the state have approached him for advice and information. One group, which successfully adopted the techniques in Cachoeira de Itapemirim, has formed a cooperative that produces toxin-free fruits and vegetables for local markets. Satisfied that his techniques are catching on locally, Nasser now wants to take the idea to farmers, agronomists, and environmental groups around Brazil.

The massive use of pesticides, herbicides, and other intentionally toxic chemicals first began in Brazil after the Second World War. It was part of an overall push to modernize agriculture, which included the introduction of "miracle" seeds, chemical fertilizers, and imported technologies. Today, according to one study, Brazilian farmers use twice the worldwide average of chemicals to produce their crops. Yet, while environmental groups and ecologically minded agronomists have denounced the practice for years, the pattern has only recently begun to change.
Many farmers have seen that decades of applying pesticides and other toxic chemicals to crops has not served to increase, but rather to decrease, their yields. The practice has accelerated soil depletion in many regions of the country, and lands frequently wear out after only a few years of use. Diminishing harvests and the rising costs of input have forced many small farmers to abandon the land, and agricultural laborers who handle the chemicals often suffer severe and chronic health problems. Consumers suffer both higher prices and chemical-laced foods.
Despite these increasingly obvious negative effects of agriculture's chemical dependence, the chemical firms and Brazilian agronomy schools still argue for this type of farming. They teach farmers and agronomy students to view native vegetation and insects as enemies to destroy, certainly not as allies.

Nasser is working, as he sees it, on two jobs. First, he's continuing to develop his new approach. It's not as simple as letting whatever grows do so at will. Vegetables need enough of a start to take hold amidst the natural groundcover. Supplements of natural fertilizer, e.g., around the rootballs of newly planted fruit trees, help.
Second, he's hard at work spreading his innovations. Concrete demonstration is Nasser's favorite, most effective method. Once farmers see his methods in action, they are quick to put them into practice themselves. The municipal garden of Cachoeira de Itapemirim is becoming something of a tourist attraction: according to Nasser, thousands of people have already visited the project. Most visitors are farmers, but agronomy students and government extension agents have also flocked to Cachoeira to learn about Nasser's ideas. Consequently, a growing component of Nasser's dissemination strategy will be to follow up and provide technical assistance to farmers, cooperatives, and municipalities that wish to implement his methods in their area.
Nasser also plans to disseminate his techniques on a second level, exploiting his contacts among the growing network of environmental groups, cooperatives, NGO's and agronomy schools interested in making alternative agriculture a reality in Brazil. Nasser is now finishing a book and plans to produce a videotape that will explain his farming methods in simple, accessible language. He plans to work closely with organizations around the country that can disseminate the materials, using the infrastructure of the Juqira Candiru Foundation, an environmental group that he co-founded.

Born in 1955 to Lebanese immigrant parents in the state of Rio de Janeiro, Nasser moved to Cachoeira de Itapemirim with his family when he was a small child. As a young student at the local agronomy school, Nasser received a traditional education. He began to question that training in 1983 when his uncle, a coffee planter, went blind and later died because of a lifetime of exposure to pesticides and other agricultural chemicals. When Nasser's first son was born the same year, he decided the time had come to explore chemical-free ways to grow food.
The success of the organic methods he pioneered has won Nasser wide acclaim among environmentalists and agronomists. Ecologist Jose Lutzemberger, whom President Fernando Collor recently named Minister of the Environment, has hailed Nasser's techniques as "the birth of Brazilian agriculture and agronomy."